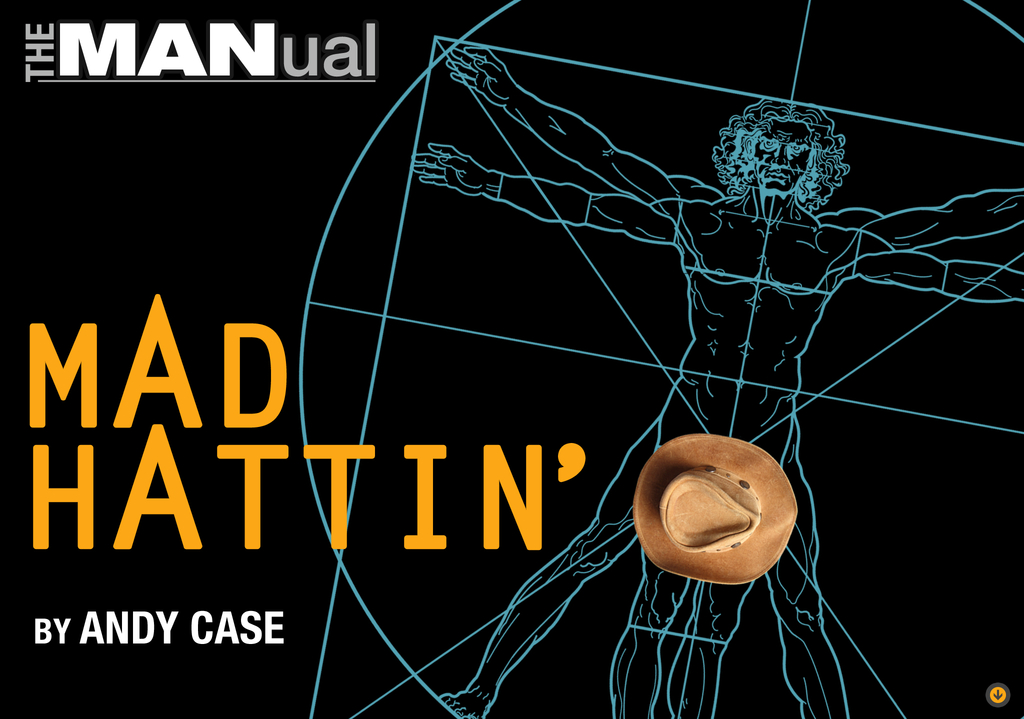 George Washington crossed the Delaware in the Bicorne, Pilgrims have been immortalized in the Capotain and your graduation ceremony wouldn't have been the same without the Mortarboard. Whether you're marching into battle, exploring a new world or formally entering adulthood, there is a good chance a hat is atop your head. Your choice in hat can make a statement – it is an accessory that can make or break any outfit. And before you throw one on for a night on the town, you'll want to be sure it's the right choice. 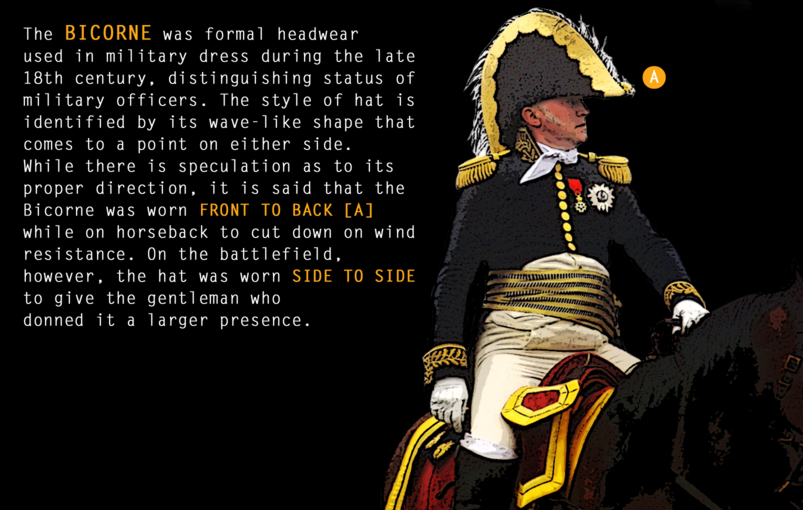 With Spring in full form and Summer on the horizon, it is time to dust off the old cap and even look into the purchase of something new. It is an accessory that is often overlooked but can really top-off any outfit. With the variety of hats out there, it is important to find the right one for you. Don't force it; your choice of hat should fit your style, personality and appearance. 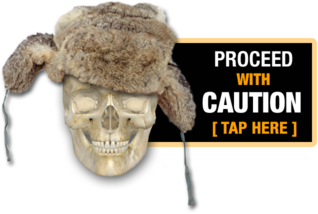 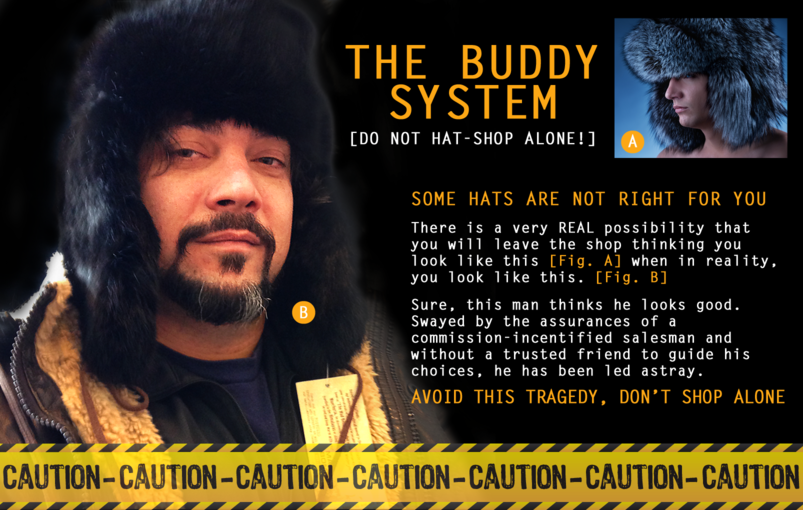 Take, for example, the fedora. Many attempt it, but few can pull it off properly. Once a go-to for women in the late 19th century, the fedora eventually transitioned into fashion for middle class men around the 1920's. Fedoras are characterized by the crease or “pinch” in the front, a teardrop crown and a 360 degree brim commonly under tucked with the chosen fabric. This style of hat was the choice cap for Frank Sinatra and accompanied Indiana Jones on each adventure. It was an accessory to suits for many years; but after the 1950's, it dropped off in popularity. Worn correctly today, it is a great summer hat that can bring a formal touch to any activity, including relaxing. By pairing the fedora with khaki shorts and a nice pair of loafers, you can bring a touch of class to the most casual of summer wear. Felt is the most common fabric used in its construction, though a straw fedora will do the trick in the warm Summer months. Regardless of what you're wearing along with it, the fedora always looks good when sported with confidence. 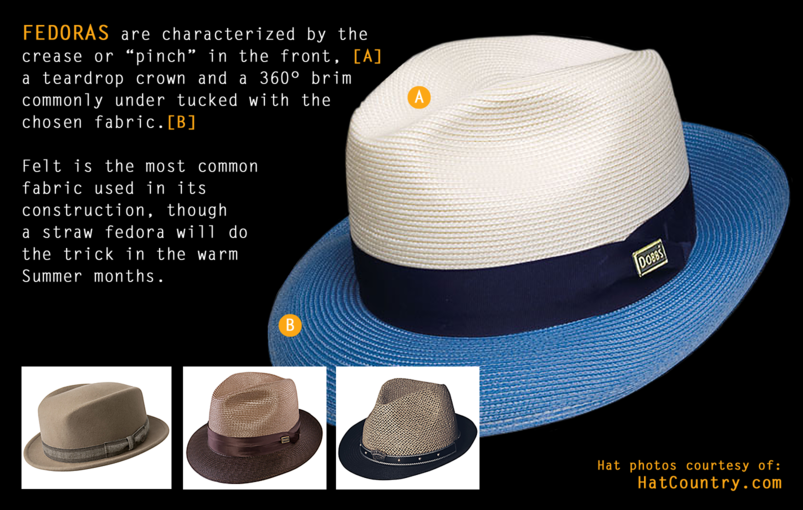 Not to be confused with the fedora, another great choice in “formal turned casual” hat is the Pork Pie. This style can be distinguished by its flat top, 360 degree creased crown and short brim. They grew in popularity during the Silent Film Era and eventually found their way onto hat racks around the country. It was the choice hat for Dean Martin, as well as Frank Lloyd Wright. A pork pie is great for casual settings and really is a unique choice. When looking to purchase a pork pie for the Spring, make sure it is lightweight. If not straw, look for eyelet holes on either side of the hat: this will allow for breathability so that it can be worn comfortably, regardless of the environment you are in. 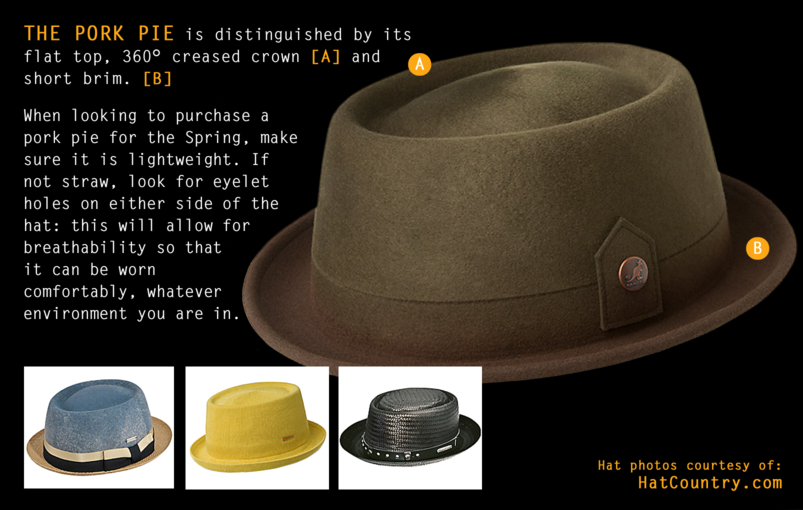 While fedoras and pork pies still remain relevant options, this next hat is rarely seen in the wild. It is a hat that carries a lot of tradition and is most commonly worn ceremoniously at sailing events around the country. It's the boater cap, and it's in a league all its own. Very few can properly pull off the boater – but with a fresh pressed suit, a cane and a good tune to whistle you might be on your way. The boater was made for the summer months, as straw is the most common ingredient in its build. The larger 3″ plus brim helps keep the noon day sun off your face and the straw material allows your head to ventilate on even the warmest of days. The style carries with it both tradition and prestige, rarely being seen as everyday attire. Throw one on for yourself, however, and you may find it fits just right. 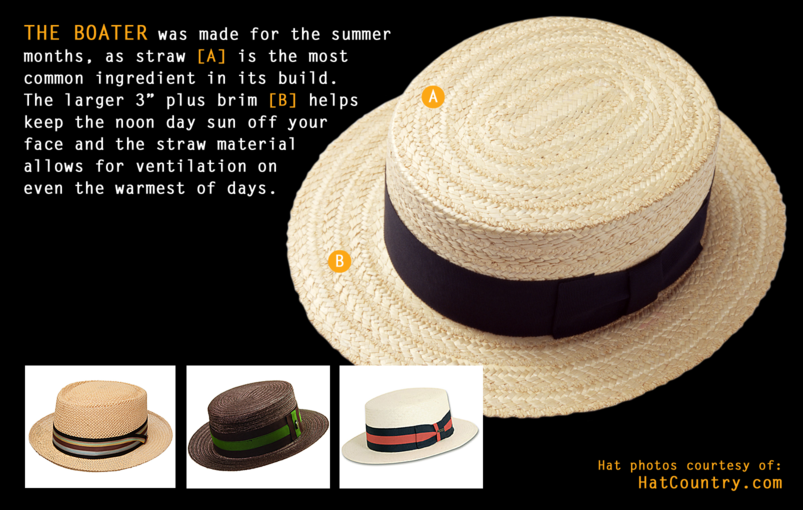 Spring time isn't always butterflies and blue skies, and on certain days you'll need to be ready for the elements. For outdoor activities, consider throwing on a Stormy Kromer. More commonly seen in the northern Midwest, this brand/style of hat is identified by the ear flaps that are tied in the front. Stormy Kromers come in many different fabrics, with the most common being wool. However, for the Spring/Summer you'll want to look into their line of waxed cotton and cord caps. These hats were developed to fit snug atop your head, providing you protection from winds and rain. The hats were developed in the early 20th century by the wife of George “Stormy” Kromer, semi-pro baseball stud turned railway engineer. He found himself losing his best ball caps too often, especially while hanging out the side of a locomotive tearing through the Plains. His wife took the initiative of tying flaps on his ball cap, eventually turning the idea into a business. Today, the Stormy Kromer hat adorns sportsmen's heads around the country and is a great choice when hitting the great outdoors, rain or shine. 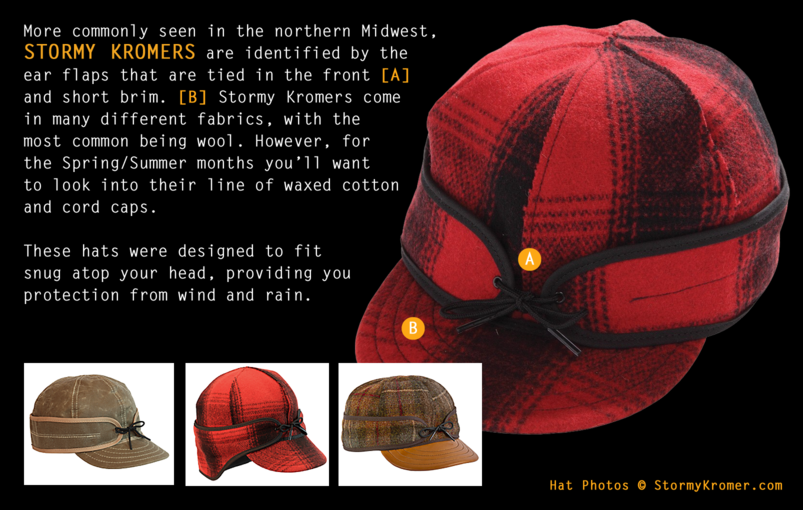 No, we didn't forget: the Ball cap.

Snug, worn, tried and true. You can't speak on hats without discussing the most important hat on the rack, the trusty ball cap. It can represent pride for a hometown team, show the sweat you put into a weekend's to-do list and, most importantly, wear the scars of years of wear through thick and thin. Although there may be a few in your collection, every man should have “the one.” The ball cap we know today has kept its basic shape since its first appearance on the diamond in the mid-19th century. It's an American tradition, one that every man should celebrate. 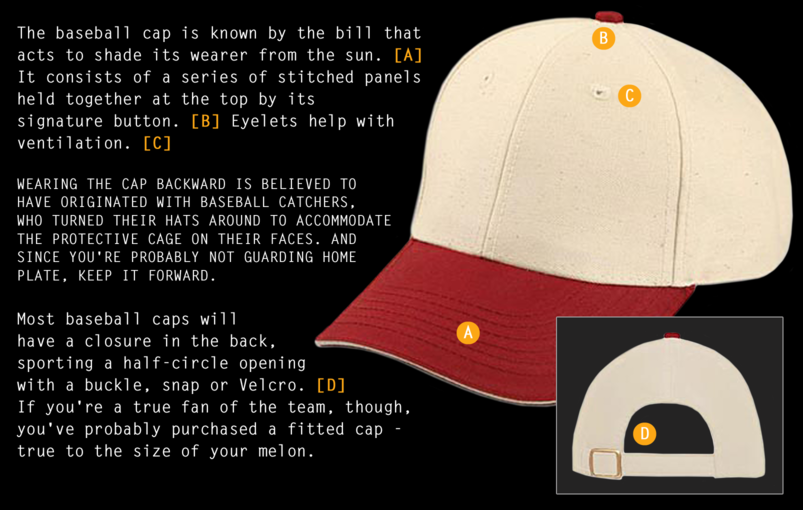