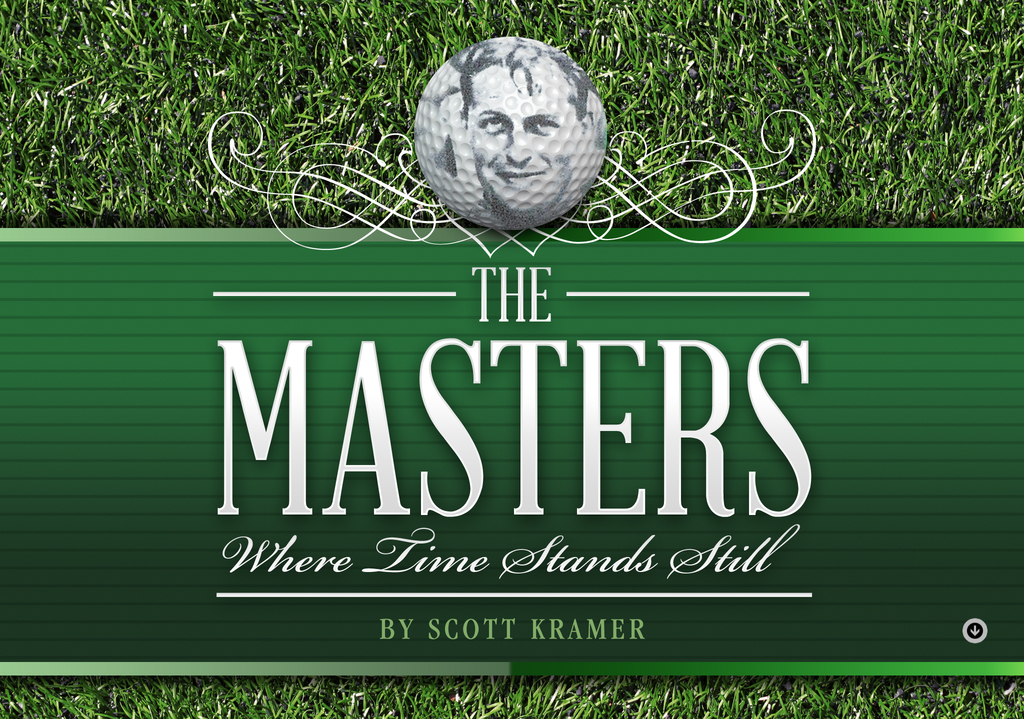 The Masters – Where Time Stands Still

The short jaunt up Washington Road as you pull off Interstate 20 is lined with nondescript strip malls and franchised restaurants. A few blocks up on the right you suddenly come upon the front gate of renowned Augusta National Golf Club and you can’t believe that such a heralded golf mecca sits within a tee shot of the drive-thru window at Arby’s. Yet here you are, wondering how perhaps the world’s most-exclusive and controversial private club-in remote, modest Georgia, mind you – has come to top the “courses-to-play” bucket list of most every golfer.

Then as you enter through the gate and stroll slowly down the tree-lined Magnolia Lane, the revered course magically appears before your eyes. And you immediately understand: This is a place of sheer golf beauty. Where golf history has been made time and again. Where the international spotlight has shined every spring since 1934, as Augusta National hosts the esteemed Masters Tournament, the first of golf’s four Majors that truly signifies the opening of golf season everywhere. 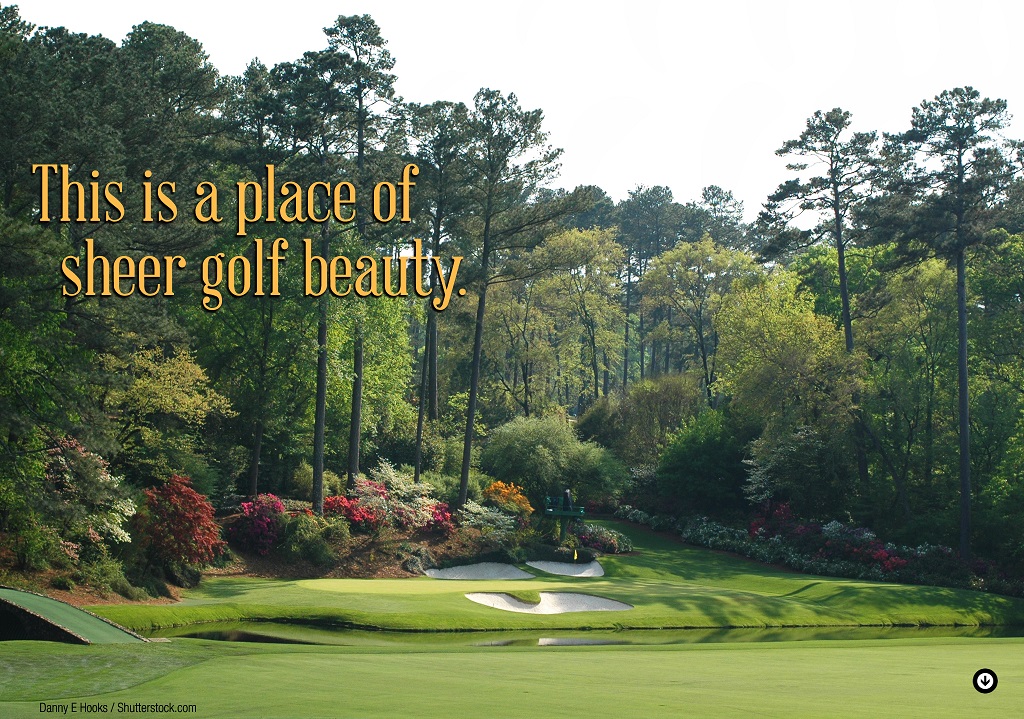 Make no mistake, the Masters is golf’s hottest ticket. It’s typically the most-watched golf tournament of the year on television. And many golfers can only imagine what it’s like to attend the event and see first-hand the course that perpetually appears to be perfectly manicured.

Stop for a second and think of all the great images you conjure up about the Masters. Maybe it’s Tiger Woods’ chip shot on No. 16, his Nike-swooshed ball coming to rest on the lip of the cup for what seemed liked an eternity before dropping in, back in 2005. Perhaps it’s a 46-year-old Jack Nicklaus holing a birdie putt on No. 17, then reaching his putter up to the heavens in celebration, en route to capturing his sixth Masters in 1986. Or Ben Crenshaw breaking down in tears after clinching a victory just a week after his mentor Harvey Penick passed away in 1995.

It seems as if the pursuit of the coveted green jacket – the prize awarded to the victor – annually creates a spectacular final-round competition that ticks down to some form of drama. Come to think of it, has there ever been an anti-climactic Masters tournament? Which just makes the average golfer just that much more curious about Augusta National.

While the Masters is perpetually sold out – unsurprising, given the star-studded field that the picturesque, historical venue annually attracts – it’s the golf course, itself, that’s the true centerpiece. Designed by famed course architect Alister MacKenzie and co-founded by golf legend Bobby Jones, it opened its doors in 1933. Ever since, colorful Azaleas have surrounded the carpet-like fairways and lightning-fast greens. They’re simply hypnotic and seductive to television viewers, leaving you to envision how vibrant they are in person. It’s truly a timeless place that looks identically perfect from one year to the next.

The course has also been the stage of non-Masters publicity, as well: Augusta National finally admitted its first two female members in 2012, after constant criticism from women’s rights groups over the years. Plus, it was the highly publicized subject of racial controversy in the past. In both of these instances, the course was accused of being stuck in time – but not in a good way. 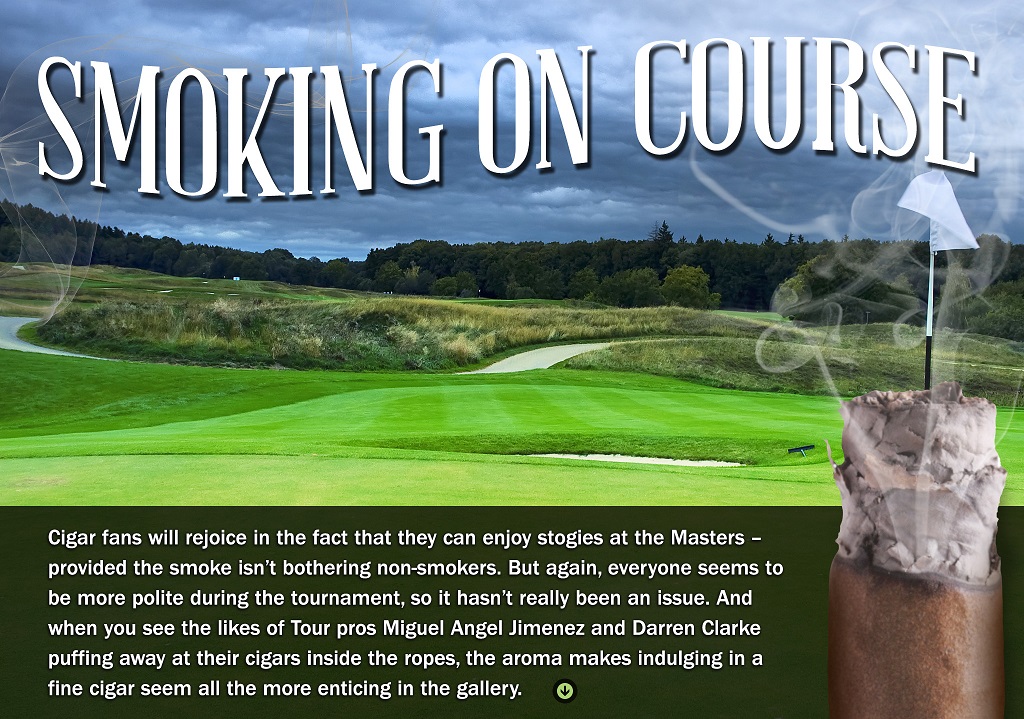 Perhaps the biggest source of Augusta National’s intrigue is that it’s just an extremely difficult course to get onto, as few people actually play it during the year – membership and playing privileges are incredibly restricted. Tournament week is the sole time of year when the public is allowed inside the gates. Many celebrities have played Augusta National over time, including president Dwight Eisenhower who was a member of the club (officials named a tree, pond and cabin after him), but word perpetually circulates that even Tour pros get turned away. The club reportedly has about 300 members, many of whom are among the Fortune 500 list of top CEOs.

Thus it’s safe to assume that like pretty much the entire population, you’ll never be able to play the course. But let’s just say for a moment that a couple of Masters tickets fell into your lap. What to do? Secure some plane flights. Most visitors assume it’s easiest to get to Augusta by flying into Atlanta and then driving two-and-a-half hours straight east on the interstate. To the contrary, insiders advise you to jet into Columbia, S.C. and then negotiate 60 or so miles along one of the prettiest, traffic-free routes directly into town. Hassle-free, they promise.

But if you don’t want the fate of your Masters trip to rely on chance, you can still score tickets to the event, which is played every April. Surprising to most people, it’s generally fairly easy to come by tickets for the practice rounds that take place in the three days leading up to the competition. Those are great days to watch, too, as the crowds tend to be thinner. The Wednesday before the tournament starts, the annual Par 3 Contest is worthy of witnessing up-close. A nine-hole, par-27 layout is set up around the course, and has been the venue for 73 aces since the tradition started in 1960.

You’ll need to work a bit harder for tickets to the four rounds that actually count. The Masters holds an annual ticket lottery for the following year’s event; so if your heart’s already set on attending next year’s Masters, you can apply soon at masters.com. 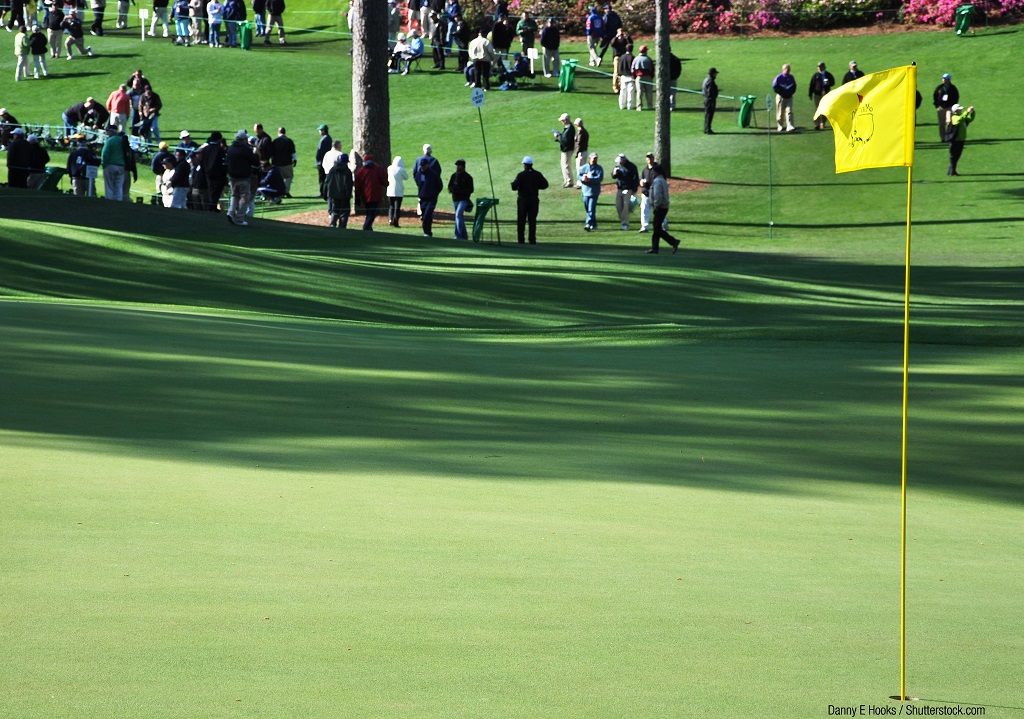 If it’s too late to go that route by the time you decide to attend, try contacting a reputable ticket broker, such as StubHub.com; these sellers also tend to set up trailers or walk around with “Tickets For Sale” signs just outside the Augusta National gates for last-minute tickets. Several travel agencies also offer ticket packages that include lodging. The later you wait, however, the more you’ll pay.

Expect to shell out a lot for lodging, too – especially the closer you stay to the golf course. Hotels that normally charge $100/night per room jack up rates tenfold during Masters week, in some cases. Many Masters frequenters opt to rent private apartments or houses in the area, instead – it’s usually a quieter option that costs less. You can search listing at mastershousing.com, a service that faithful attendees swear by.

While you may pay through the nose for lodging – especially if you wait until the last minute to secure rooms – you’ll save a lot of money on food and beverages at the actual event, where the priciest menu item is a $3.50 imported beer. Augusta National hasn’t really raised prices over the years – again adhering to its timeless theme. Consider that during tournament week, you can choose from eight sandwich selections – five of them sell for $1.50 each, the other three for $2.50 apiece. Fruit, candy and cookies are all $1 apiece. A sausage biscuit for breakfast will set you back a whopping $1.50. It’s actually a fairly vast menu. Doesn’t matter if you’re a first-time visitor or a seasoned veteran, seeing these prices will simply blow you away every time. And even though Augusta National has all of its guests inside the fences fully captivated – and could easily charge five times the current food prices – officials opt to forego gouging and instead keep everything status quo. They like the uniqueness of it all.

Walking the course is also a special experience, as you might imagine. First off, there’s no spectator parking on the grounds — everyone parks in one of the many designated parking lots back out on the main road or in the driveway of someone who’s charging for spots. So where you tend to see cars on the perimeter at many PGA Tour events throughout the year, at the Masters you see none. Once you’re inside the gates, you’ll notice a common gathering spot simply called “the tree” — an iconic oak tree located by the clubhouse. Unlike many other golf tournament galleries, those at the Masters are incredibly well behaved. They’re generally courteous to players, quiet when marshals ask, and don’t tend to be overly boisterous. Again, like stepping back in time.

Most of all, you’ll notice how green and freshly mowed the grass is, how white and fluffy the sand is, and how colorful and aromatic all of the foliage is. Regardless of the degree to which you like golf, you’ll enjoy your day.

Scott is a veteran golf writer based in the golf equipment hub of Carlsbad, Calif. In his 22 years covering the golf industry, the former GOLF Magazine senior editor carries a 5.7 playing index. While his on-course focus sometimes inexplicably disappears, he always brings gusto to his columns. His writing appears on a regular basis in publications such as PGA Magazine, Golf Tips, The Met Golfer, Sharp for Men, Private Clubs, Troon Golf & Travel, Inspirato and California Golf News & Travel.

Reading Time: 3 minutes Fewer things bring us joy more than new cigars. Here are three blends that will help you make the most of the fall season!