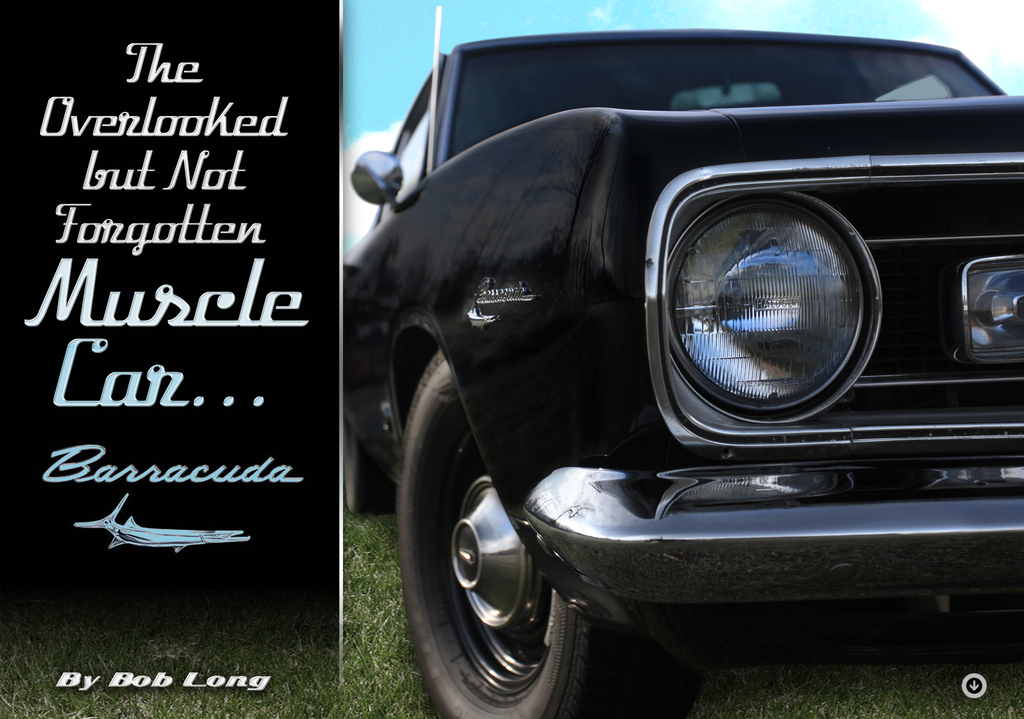 The Overlooked but Not Forgotten Muscle Car: 1967-68 Barracuda

The Plymouth Barracuda – arguably, America’s first pony car – was introduced on April 1, 1964. Actually a rebadged, high-performance Valiant, Barracuda beat the Ford Falcon-based Mustang to market by two weeks; but even with the head start, the initial Barracuda was not exactly a glorious statement of Chrysler’s muscle car performance history. 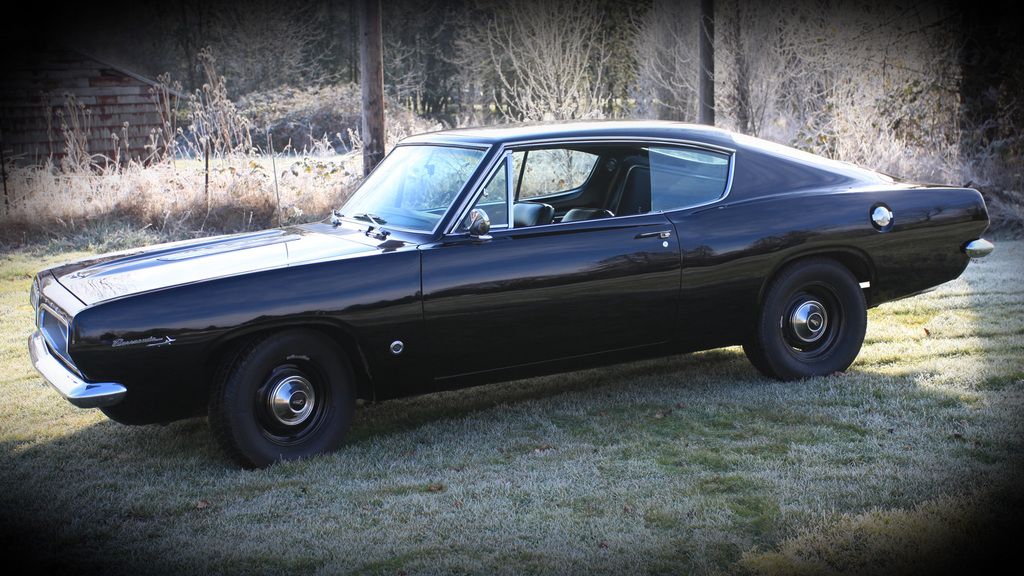 Then 1967 brought an all-new Barracuda designed to outswim and tangle with rivals in the expanding muscle car pond. This second of three generations of Barracuda was still not the fastest, nor is it considered the most collectable Barracuda in 2013. Generation 2 of the Barracuda is often forgotten despite both its styling appeal and monstrous victories in super stock drag racing. 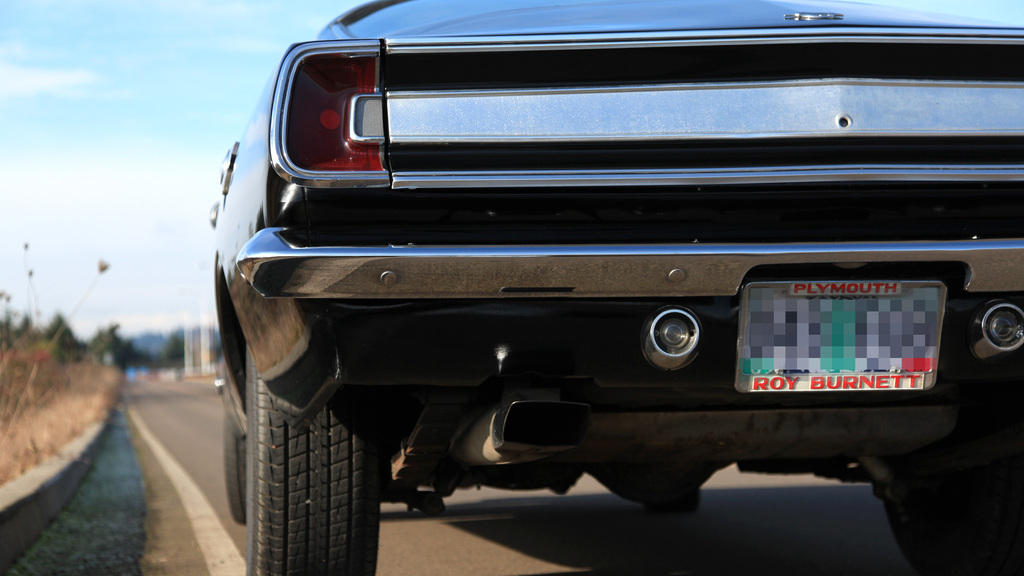 Like Ford’s Mustang, three distinct body styles were introduced for the 1967 model year: a notchback coupe, a fastback and a convertible. But in contrast to Mustang (and Camaro), the Barracuda utilized European design cues. More important to auto enthusiasts was Chrysler’s decision to expand the width of the engine compartment by two inches; this room was crucial for squeezing in Mopar’s top of the line 383 V8, and was now the perfect opportunity to up the high performance game. 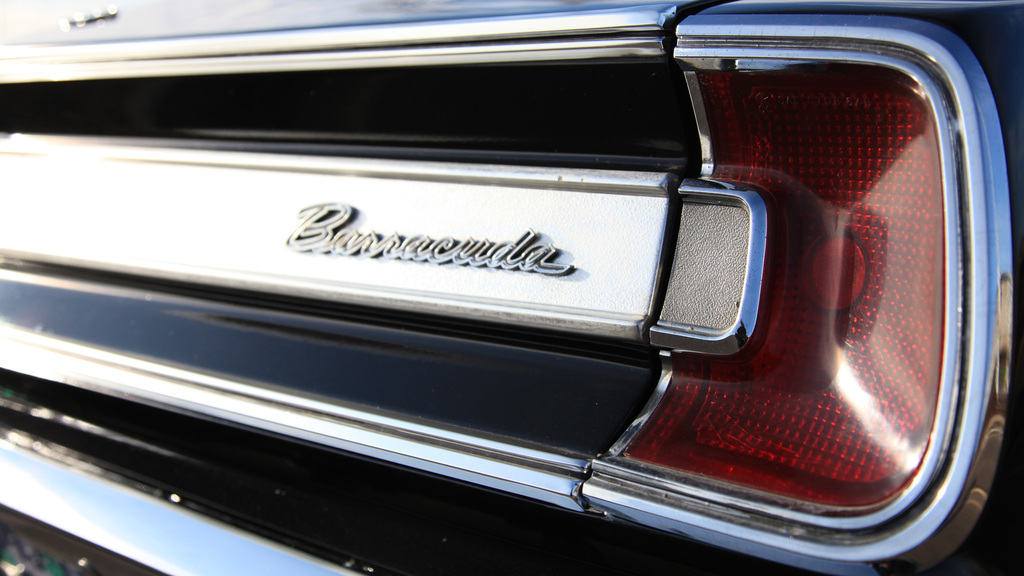 For 1967, only 1,841 383-equipped race derived Formula S Barracudas were delivered, complete with redline tires. A split-back bench seat was standard, with buckets optional. The Rallye gauges package included a 150-mph speedometer; a combination gauge for engine temperature, oil pressure, fuel level and amps; and a choice of a clock, a tachometer, or a vacuum gauge labeled “Performance Indicator.” 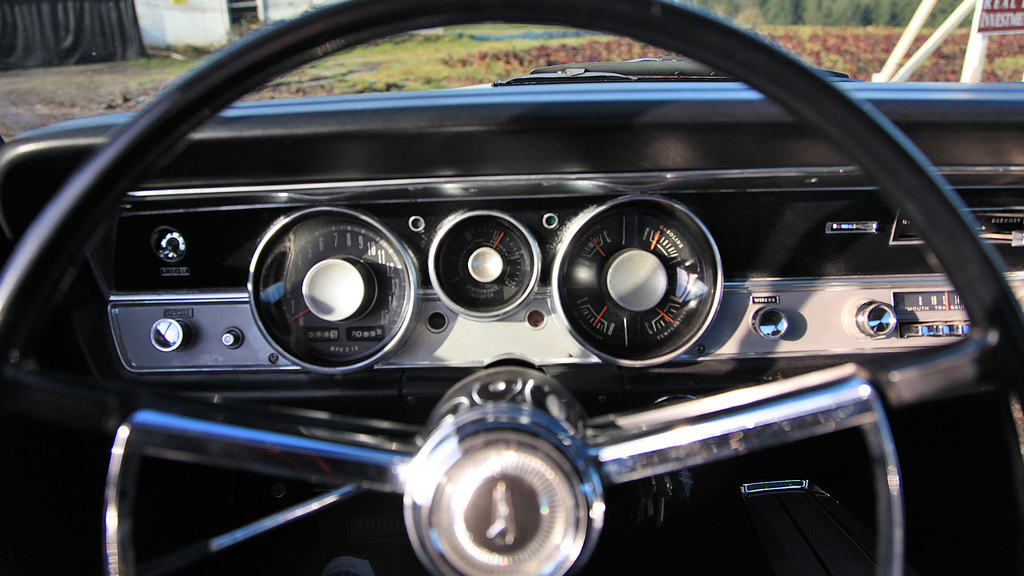 Hop in, and you discover plenty of room for what was supposed to be a compact: The flat, low-slung buckets allow easy ingress and egress and outstanding headroom, but won’t help a bit in corners. Insert the key teeth-up into the ignition, and twist. The reduction starter makes a racket; once that’s quelled, you’re left with a lopey idle different in character than Ford or GM, sounding plenty aggressive. Punching the throttle, it is a blast to make that Performance Indicator vacuum gauge jump.

Cup your hand under the shifter, thumb the button, and pull back into “D” – big-block torque renders acceleration in the Barracuda absolutely effortless. Unlike older cars, the Barracuda seeks to hardwire itself into your cerebral cortex–just think of a speed and you’re practically there. It feels ready for a midnight cross-desert blast to the far-flung locale of your choice. 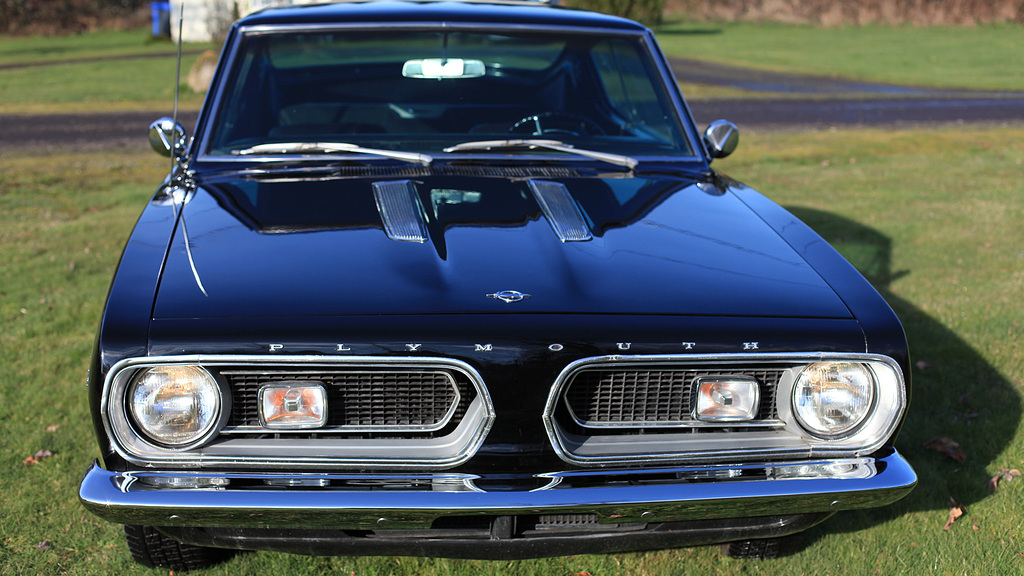 The ultimate 1968 Barracuda was the mating of the second generation body with the famed 426 Hemi engine. Right off the dealer lot, the Super Stock fish could cover the quarter mile in the 10’s. Chrysler made approximately 50 fastback Barracudas for Super Stock drag racing. Built in conjunction with Hurst Performance, they featured lightweight items such as Chemcor side glass, fiberglass front fenders, scooped hood, and lightweight seats. An included sticker indicated that the car was not for use on public roads. 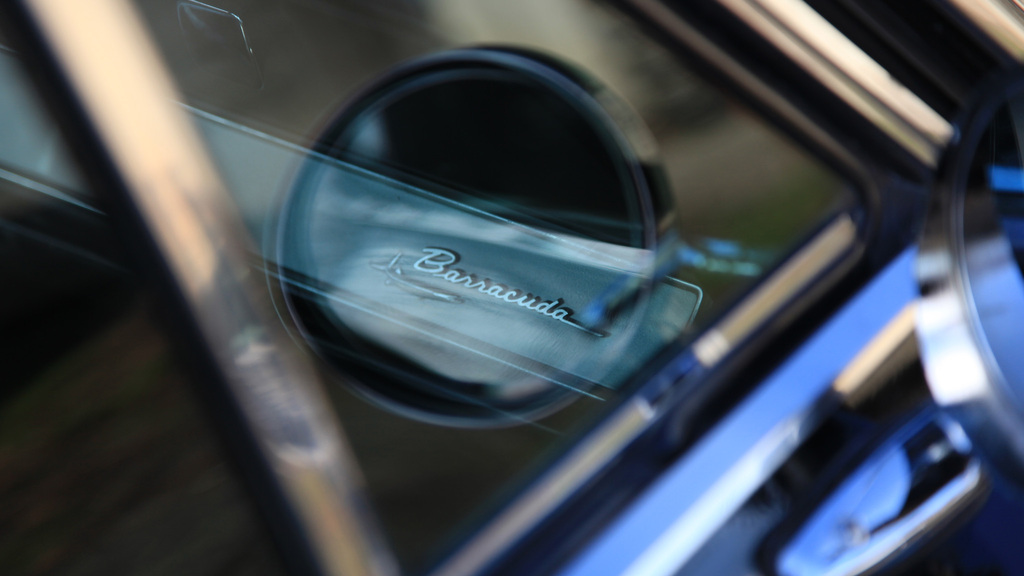 Rumors are once again flying about the possible return of the fast fish; this time badged “SRT Barracuda” for the 2015 model year. This time, it looks like they may actually be true. 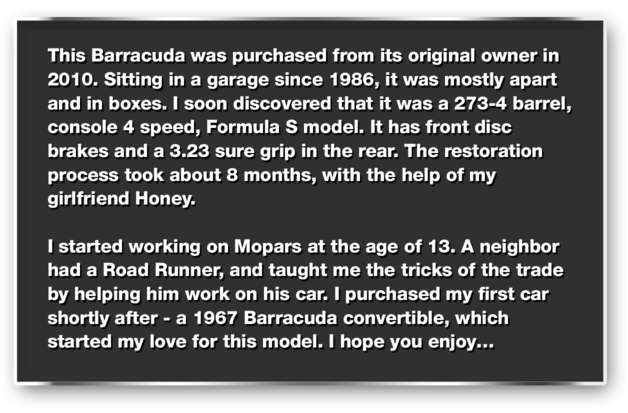