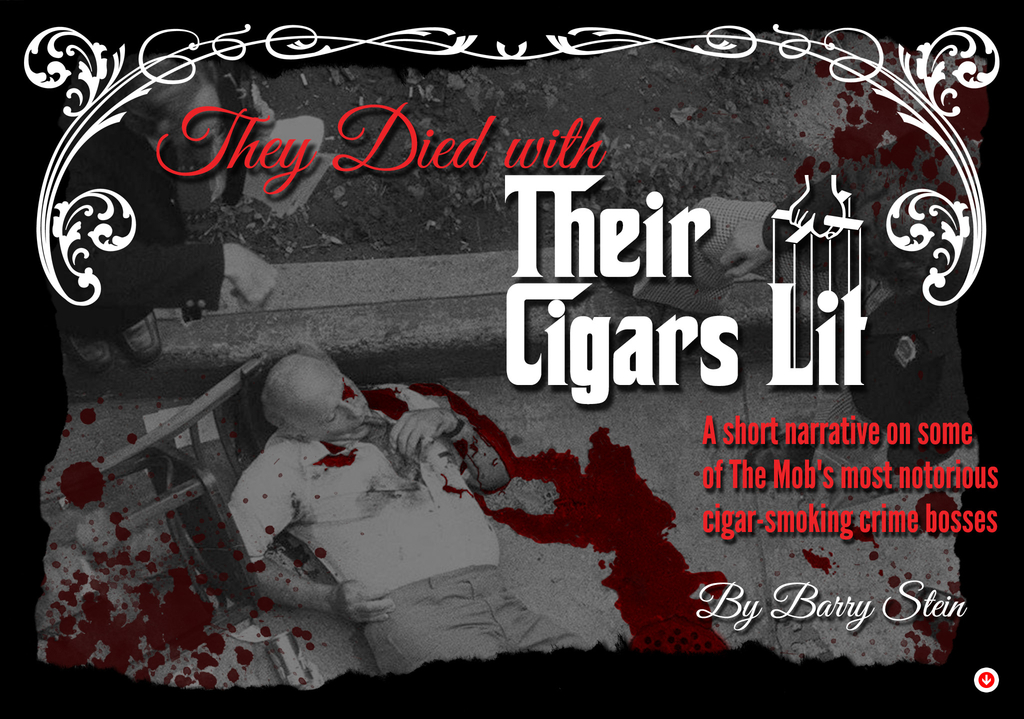 Cigar Smoking Mobsters: They Died with their Cigars Lit

“As far back as I could remember I always wanted to be a gangster.”

Those words, as spoken by actor Ray Liotta in the opening scene of the movie Goodfellas, embody one of the greatest lines that has ever been penned for setting the tone of a movie. Growing up in Brooklyn, I knew of some of those characters firsthand, as well as members of other families who were not depicted in the movie. Actually, one of the cigar shops I was a partner in was visited by many people who shall remain nameless, for, if I was to share them, I might not be around to write my next article. 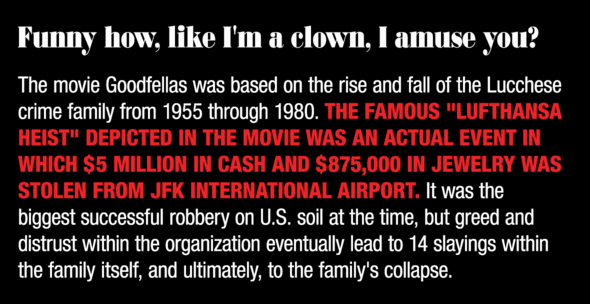 The shop was only 450 sq. ft., but the cast of characters would have filled a shop 10 times that. Even Brooklyn District Attorney Charles Hynes, who lived a couple of blocks away, refused to walk in front of the shop for fear of being photographed in front of it, thus damaging his career. In the shop, wise guys were a common sight, and cigars went hand-in-hand. A few of us who owned or worked at the shop even received letters over the years stating that we were picked-up on various wire taps. For the most part, these were calls placed by someone to see if someone else was there. Formal names were never mentioned, as we all had nicknames.

My partner in the shop was a retired New York Detective who had family members that were also members of other families (if you get my drift). In 1997, when the movie Donnie Brasco came out, we all thought the story was about him, and not Joe Pistone. The similarities were eerily similar. But, the movie brings into mind another well known New York gangster, who was known as “Nicky Cigars,” although he was better known as “Little Nicky.” Played by Bruno Kirby in the Brasco movie, Nicholas Marangello was born on the lower east side of New York City. This well-known member of the mafia, or cosa nostra (“our thing” as they called it), was a “made” member of the Bonanno crime family where he served as a consigliore to Carmine Galante. 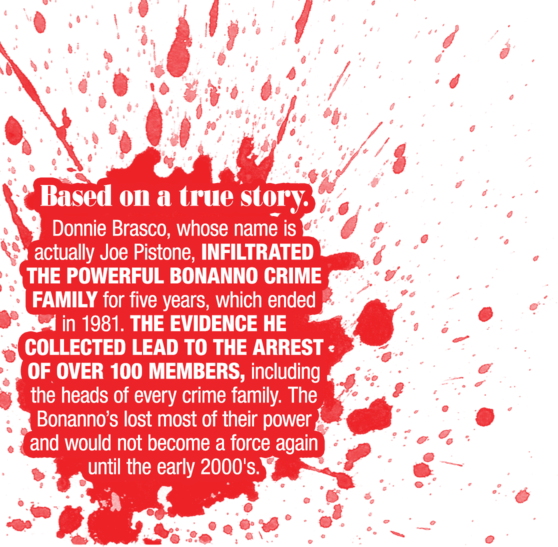 When it comes to the most famous of cigar smoking mobsters, the answer is simple. Al Capone, one of the most notorious gangsters of the 20th century, was a big fan of a good stogie. In the 1920’s he controlled the gambling, prostitution and bootlegging rackets in Chicago. Despite this, people loved him because he provided thousands of jobs and his “games fair” to those who wanted to try their luck. When he was led away to jail in 1932, as his last act of freedom, he lit a cigar. 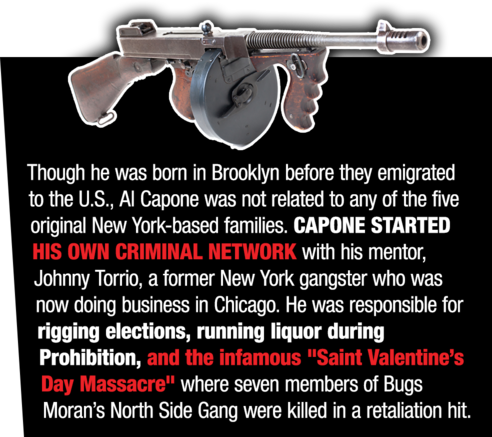 Due to my relationship with my business partners I often spent time with various members of law enforcement. There was a story shared with me by a group of police officers I knew who happened to hangout at our cigar shop on occasion. As you can imagine, it was a very eclectic mix of people. Over time, and even to this day, the shop has been on the “Corruption Prone” List, meaning police officers are not allowed to patronize it.

The story as told happened in 1979, when a member of the notorious Bonanno crime family, Carmine Galante, who went by the nickname, “Cigar,” was gunned down outside an Italian restaurant in East New York, a section of Brooklyn that was once controlled by various families. Carmine earned the nickname because he was rarely, if ever seen without a cigar. 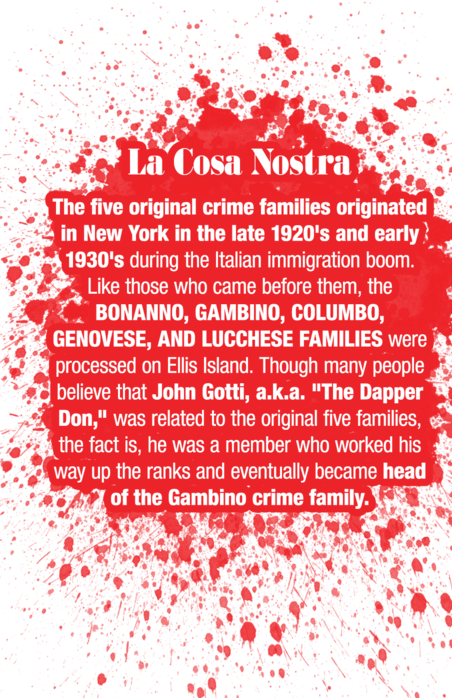 Born in East Harlem in 1910, Carmine Galante was a small-statured man who stood only 5.5 feet tall and weighed 160 pounds. By the age of 10 he was already in reform school due to his criminal activities. Galante dropped out of school in the 7th grade and soon became an associate during the Prohibition Era. By the end of 1930 he was promoted to an enforcer for the family.

In 1930, Carmine Galante was arrested for the murder of a police officer but never indicted. Later that same year, he was arrested for trying to hijack a truck and wounding two people in the ensuing gun battle. For this he was sentenced to 12 and-a-half years in state prison of which he served nine. 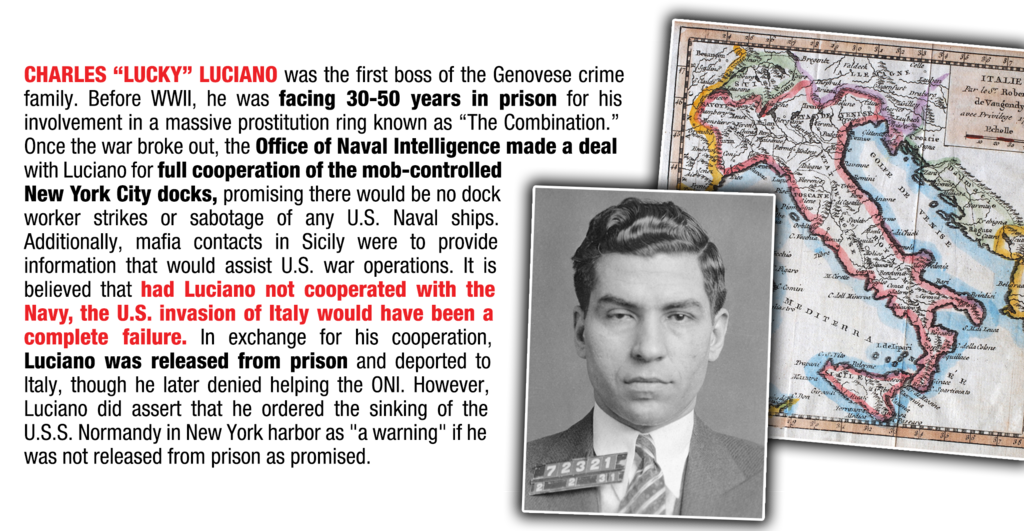 In 1940, before becoming a chauffeur for Bonanno family boss Joseph Bonanno, he had been carrying out “hits” for the family. From there he went to the role of Capo, then Underboss. In 1953, the family sent him to Montreal, Quebec to learn about the drug business. The family was importing large amounts of heroin into the United States through Montreal. In 1957, the Canadian government had had enough of Carmine Galante so they deported him back to the States.

On July 12, 1979, Galante showed up at Joe & Mary’s restaurant for lunch with members of his crew at approximately 2:45 PM. As they were dining on the outdoor patio, three masked men showed up and executed a hit on them. The first cops to arrive on the scene saw Carmine on the floor next to the table with his cigar just a few feet away. Knowing this was his trademark; one of the officers picked up the cigar and put it back in his mouth; a quiet sign of respect for one of the most hardened gangsters of the time. The famous picture of the sprawled-out Carmine Galante was in the newspapers the next day, with his cigar still in his mouth and remains one of the most famous pictures of a mob hit ever taken.

Did this really happen as it was told? Who knows? After all, in Brooklyn, we would always say; “The Mafia doesn’t exist; it’s just a figment of your imagination.”

Reading Time: 2 minutes CAO Cigars has added a new three cigar selection to their legendary ‘X’ series. CAO BX3 is blended with three Brazilian-grown tobaccos starting with a Brazilian Mata Fina wrapper, plus an Arapiraca binder and another Brazilian leaf in the filler. Learn more about them here.