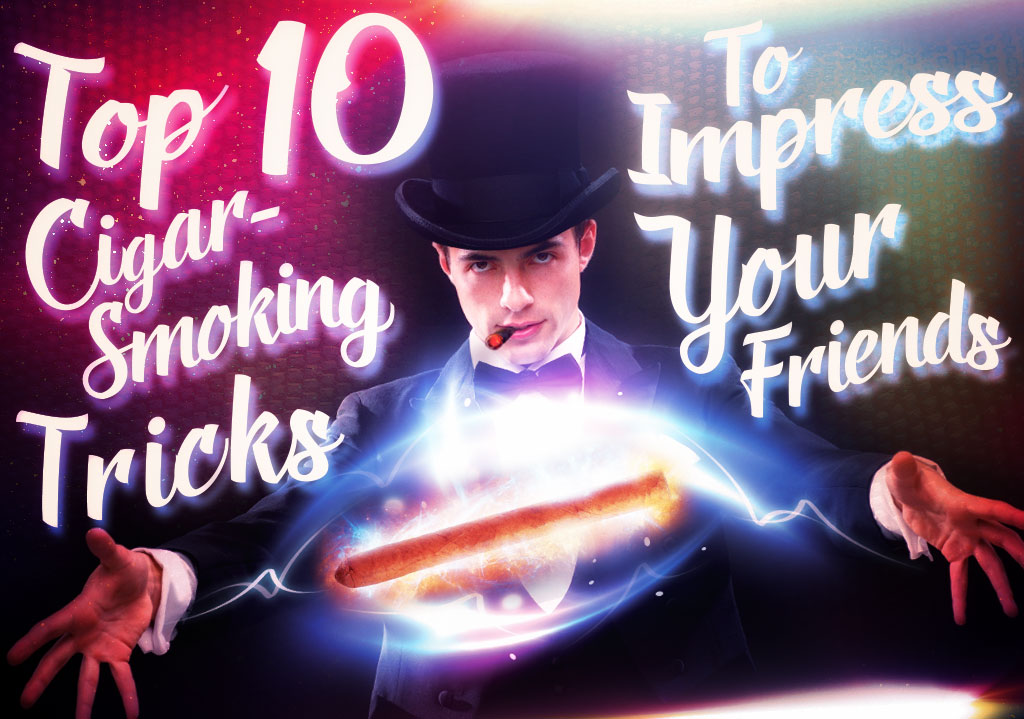 How’s this? You’re hanging out with your compañeros, enjoying some cigars, drinks, snacks, etc., and you reach one of those moments when everyone goes silent. Here are my picks for the top 10 cigar smoking tricks you can do with your cigars to liven up the mood.

There you have it, 10 of the slickest cigar smoking tricks you can easily master and use at any herf to impress your buddies and show off your knowledge. I’ll leave you with my video demonstration of trick #6:

Read More
Food & Drink
Want to learn how to make a Dark and Stormy cocktail? Here’s our house recipe – along with a special cigar pairing from Oliva that will make this drink shine. Get the recipe and see how it’s made, with our simple Dark and Stormy drink instructions!
Read More