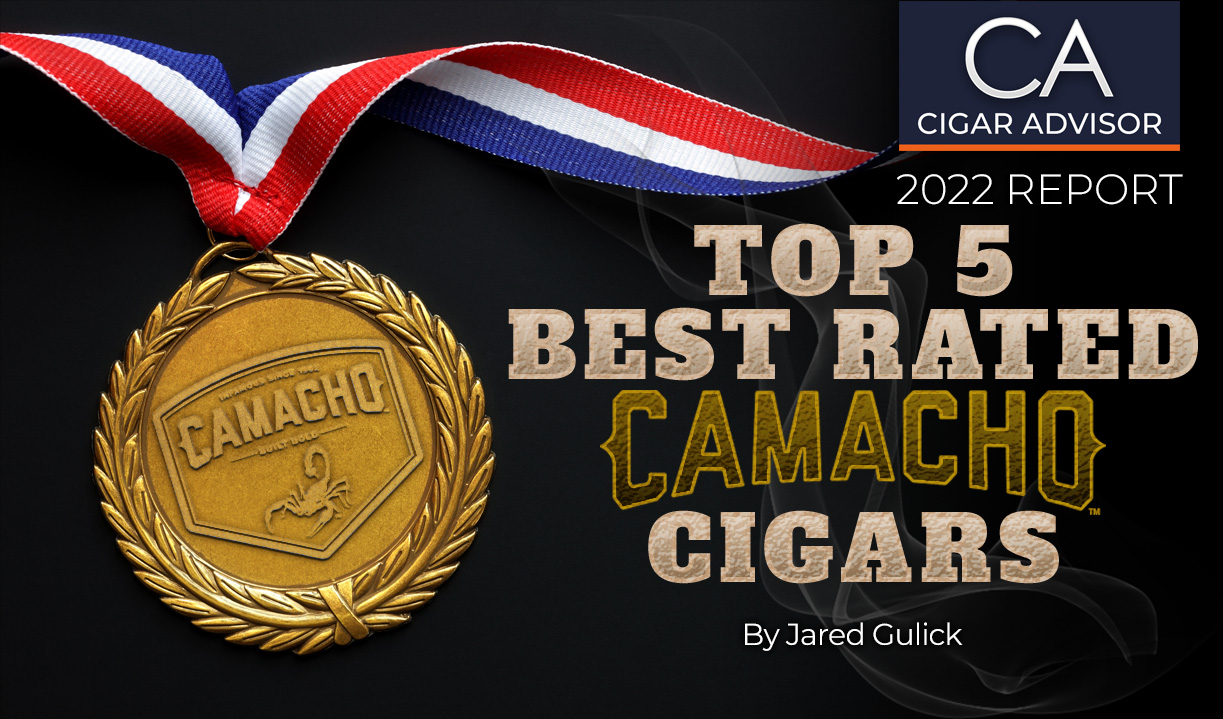 The Best Camacho Cigars Based on Customer Reviews:

A brief history of Camacho Cigars

Camacho’s legacy is built upon fuller-bodied cigars. Many of their top-rated cigars are indeed strong, but their history tells us why: Camacho kept one of cigars’ most important tobacco leaves alive.

In 1940s Cuba, tobacco farmer Diego Rodriguez was just entering his stride. An all too familiar cigar story would soon be unfurling – the Cuban Revolution. Like many of his contemporaries, Diego fled the country in search of more stable pastures and settled in the lush Jamastran Valley of Honduras. It was a perfect analog of the prized Cuban soils he left behind.

In Diego’s proverbial back pocket: smuggled Cuban seeds grown on El Corojo farm (and now bear its name) – the foundation of Cuban cigar flavor. He worked with a few farmers and blenders, but it was his partnership with Christian Eiroa who resurrected the leaf just in time for the cigar boom. The brand was a breakout success and new smokers looking for something different than their fathers had smoked were all too quick to jump on board. To date, Camacho, along with Eiroa’s own brands, are the only cigars with authentic Cuban Corojo seed leaves.

Davidoff would go on to acquire Camacho in 2008, but they still partner with Eiroa to keep the original Corojo tobaccos in the blend.

How we choose our best Camacho cigar picks…

Instead of giving our four opinions, we left the decisions up to the most qualified smokers – Famous Smoke Shop customers who regularly spend their hard-earned money on them.

To keep things interesting, we’re only focusing on the cream of the crop, so there are a few minimums each cigar must maintain.

You know…you can review too! Submit your Camacho – or any other cigar – review at Famous right now.

Dustin in OH says: “Never harsh or bitter even down to the nub.”

Even though Camacho has built a legacy on strong tobaccos, this first-place prize proves that Connecticut is still king. The blend is a recipe of Ecuador Connecticut Shade wrappers and premium long filler tobaccos from the Dominican Republic and Honduras. Gary called it a “Connecticut with cojones” in his buying guide to the Connecticut cigar resurgence and I couldn’t agree more. Sure, it’s smooth and delivers notes of cedar, cream, and leather, but it’s spicier than you’d expect. To put it simply, it gives mellow cigar fans a taste of the full-bodied world. Out of 31 reviews, this Robusto size earned 12 of them on its own, earning a 4.5-star average.

Robby in MN says: “I’m a big fan of full flavor and the Triple Maduro delivers it in spades.”

There are lots of puro cigars out there, but one cigar takes them to the next level. Camacho Triple Maduro lives up to its name with Maduro-fermented leaves making up its binder, filler, and even its Mexican San Andres wrapper. Expect big notes of coffee, chocolate, and earth to erupt from every puff, along with a blanket of warm spices and a long, hearty finish. This is one of those rocking chair by the fireplace cigars. And even if you don’t have either, you’ll feel like you do.

Doug in NY says: “It reminded me of the woody and spicy flavors of a Cuban I had and loved while on vacation.”

For two decades, the Corojo has been used as a benchmark to redefine Camacho to a new generation of cigars. And it’s been one of their most purchased since. Remember those Corojo leaves they’re known for? It could be argued that this is where they’re used best. It’s one of the brand’s oldest and most beloved blends and it hands out flavor like free wing night. Notes of roasted nuts, potent peppers and spice, along with leather, charred wood, and a signature sweetness make this a true Honduran legend. A must-smoke for any full-bodied fan.

Nate in OH says: “This has to be one of my top cigars…”

If you’re living in a dry county (condolences), Camacho Barrel Aged will give you a peek into the world of bourbon – no lengthy drive necessary. That’s because this stick sends its famous Corojo to bed for a lengthy, six-year-long nap, then ages them again in barrels that once housed Kentucky bourbon whiskey. The result is incredible. If you thought Corojo was sweet already, try this and discover an additional layer of bourbon-like sweetness atop a full-bodied profile of aromatic earth and spice.

Jim in MO says: “A nice daily cigar. Smooth with no bite.”

If the Connecticut is mellower, the Corojo is sweet and full-bodied, and the Triple Maduro is a dark leaf-lover’s dream, what’s the Camacho Criollo all about? Simple. Smokers wanted something that sat in the Goldilocks zone. Right smack in the middle of medium-bodied. The blends’ Criollo 98 wrapper gives the cigar nuanced flavors that smoke more on the savory side. Your mouth will water. Your stress will vanish. And it’ll never ring your bell. Jim says it best – this one has daily smoker written all over it.