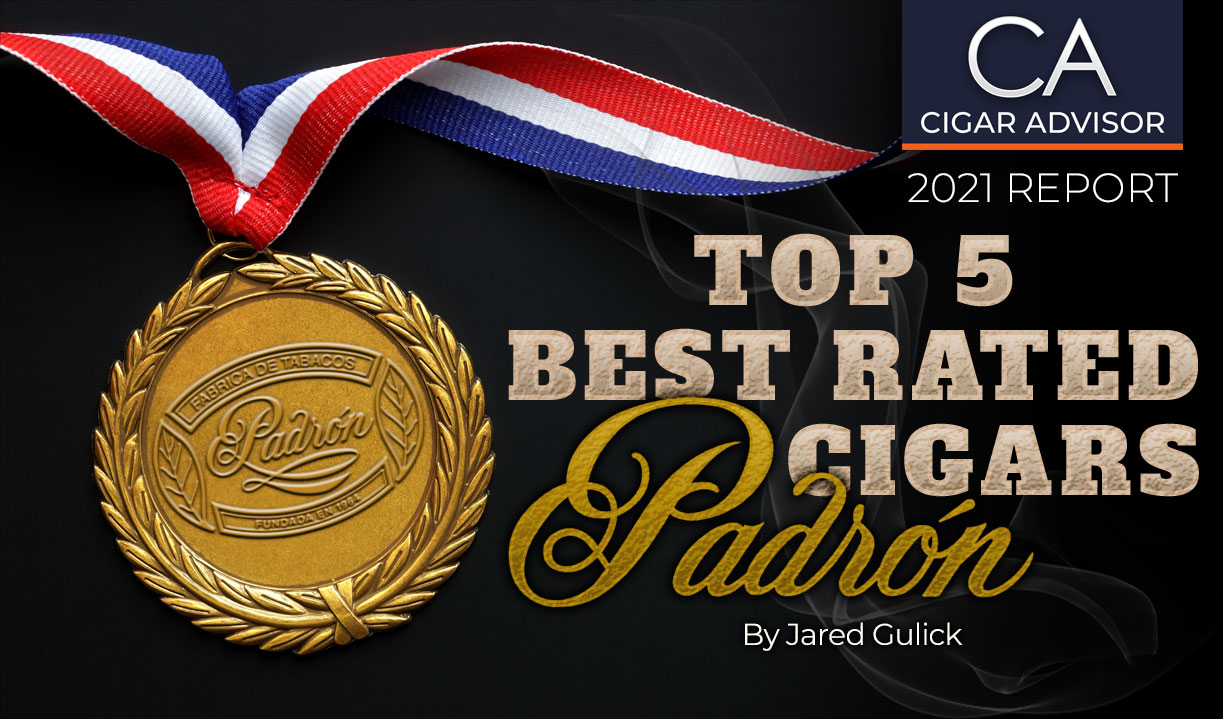 A CliffsNotes history of Padron Cigars

From a Cuban refugee living on $60 a month, to a self-made millionaire overseeing one of the greatest cigar dynasties, the late Jose Orlando Padrón was the living embodiment of the ‘American Dream.’ 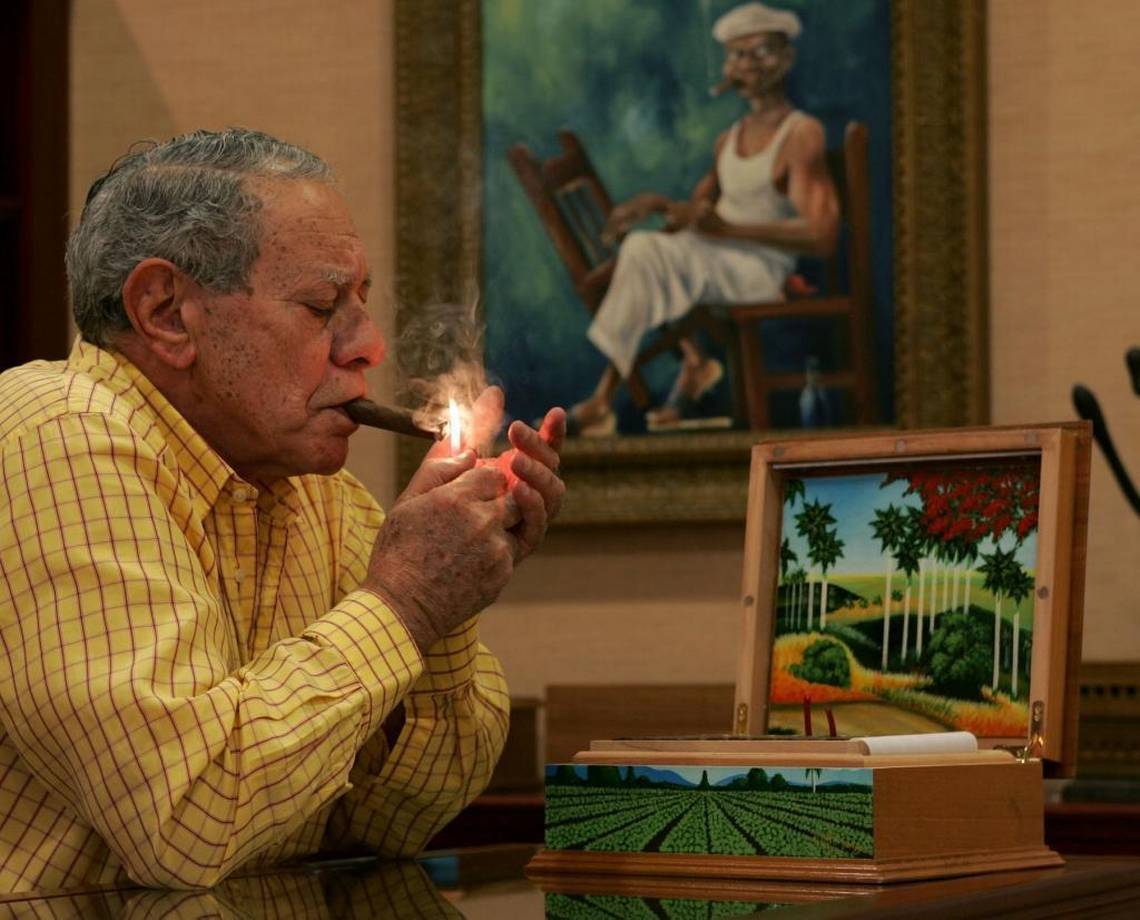 In 1964, after years of saving money he earned working as a carpenter, Jose and his family moved to Nicaragua and broke ground doing what they did best for generations in Cuba – cultivating tobacco and rolling superb cigars. It doesn’t matter if you’ve been smoking cigars for fifty years or five minutes; you’ve heard the name. The rest, as they say…is history.

Today, Padron fans have latched on to the brand’s consistency in flavor and construction. Most notable among the accolades is Padron’s signature coffee and cocoa taste profile – an enduring staple across every one of their blends that’s earned high ratings and the hearts of an enormous fanbase.

Don’t take our word for it…

Instead of choosing the cigars from our humidors (even though many of the blends below frequent them), we’ve passed the torch to cigar consumers – readers like you. We’ve said too many times to count that we don’t do ratings. None of us can speak for everybody.

Here’s what we did: We looked at every Padron blend and crunched the numbers. We were looking for the cigars with the highest customer ratings from Famous Smoke Shop. To qualify, for this and every one of our ‘Top-Rated’ lists, a cigar must have received at least 10 reviews with an average score of 4.5 stars.

Have a Padron rating of your own? We’d love to hear from you. Tell us all about it in the comments below:

Arguably their most popular cigar of all time, the Padron 1964 Anniversary Maduro Exclusivo is the stuff that super premium dreams are made of. The cigar’s oily Nicaraguan Habano Maduro wrapper (Ed. Note: yes, it looks lighter here than the Natural below, but it’s just the photography lighting) nestles a core of all Nicaraguan long fillers – each aged 4 years – that impart notes of hazelnut, earth, and sweet spices atop the familiar cocoa and coffee flavors. With its box-pressed format, this 1964 Anniversary Maduro smokes cooler, feels great in your hand, and never misses a beat. In all my years of smoking, I’ve never had a bad one, and it seems with a perfect score across the board, apparently no one else has, either!

Even the natural-wrapped Padron 1964 gets a healthy helping of love – right down to the same box-pressed Exclusivo (5 ½” x 50) format. And much like its Maduro-clad cousin, its popularity is owed to the meticulous details. The 1964 blend is comprised of the same 4-year-aged tobaccos we talked about in the Maduro, only this time…less fermentation on the wrapper. This gives the cigar a darker, spicier flavor that extends more intensity to your taste buds. Padron 1964 Anniversary Natural is the kind of premium smoke that begs to be smoked as dessert, especially if your meal was a heavy hitter. So…if the earthy sweetness from the Maduro isn’t your speed, I’d be willing to be that this stick’s flavorful blend of coffee, cocoa, and cashews will be a most welcome addition to your humidor.

Padron’s ‘thousand series’ is a big slap in the face to anyone who thinks an affordable cigar can’t be a great cigar. And once again, the Padron family’s Maduro expertise takes the cake, along with a popular Robusto size. Like its super premium cigar cousins, Padron 2000 Maduros give off those famous coffee and cocoa vibes along with earthy spices, pepper, and a touch of molasses on the finish. Each of the thousand series features tobacco that’s been aged 2 ½ years – a little less than Padron’s flagship blends, but my palate doesn’t seem to care. I can just about guarantee yours won’t, either. There’s a reason that it’s got so many more positive reviews than any other Padron in our humidor; it’s got the right flavor at the right price.

We’ve reached my personal favorite of the Padron stable – Padron Serie 1926 80 Years Maduro. The cigar is super creamy with a lush palate of flavors like earth, black pepper, nuts, and of course…coffee and cocoa. To my palate, this is their most refined cigar – a perfect marriage of body and strength. The blend was crafted to honor Jose Orlando Padron’s 75th birthday – a celebration they took so seriously, that only one torcedor in the factory is permitted to roll its all-Nicaraguan leaves. That being said – let me be clear. The price of the 80 Years Serie 1926 is the kind of price I usually urge consumers to stay away from. Spending more than $30 a cigar is generally ludicrous in my opinion unless your daily driver has landing gear. But I was gifted one once and have purchased several since, because it’s just that good. Like…near perfection good. Make a mental note to seriously consider one for your next special occasion smoke.

To close this list of Top-Rated Padron cigars, we’ve got one of the Family Reserve line. Like the Series 1926 above it, it comes with a high-roller pedigree, albeit a little less. But…there’s one big caveat: Padron Family Reserve 45 Years Maduro has a perfect score among Famous consumers. So, yeah, you’ll spend a little less but also keep the law of large numbers in your favor. You’ll get the expected notes of ________ and ________ (I’m betting you can fill in the blanks) along with citrus, dark wood, and sweet and salty earth finish. To my palate, there’s more spice in this blend than the 1926 80 Years, so if you’re looking for a harder-hitting celebration cigar, this will certainly do the trick and much more.

I never tire of reading about Padrons–they’re just that damn good#!

You’re right about that! Thanks, for reading Mike.

Thanks for reading, Ezra!

I love the Padron Series 3000! An absolutely fine cigar!

Reading Time: 5 minutes Time for a little refinement: Box pressed in a spicy Indonesian wrapper, this Southern Draw Cedrus Lancero nice surprises. Gary says it “offers plenty of everything” – see what he means by watching now!