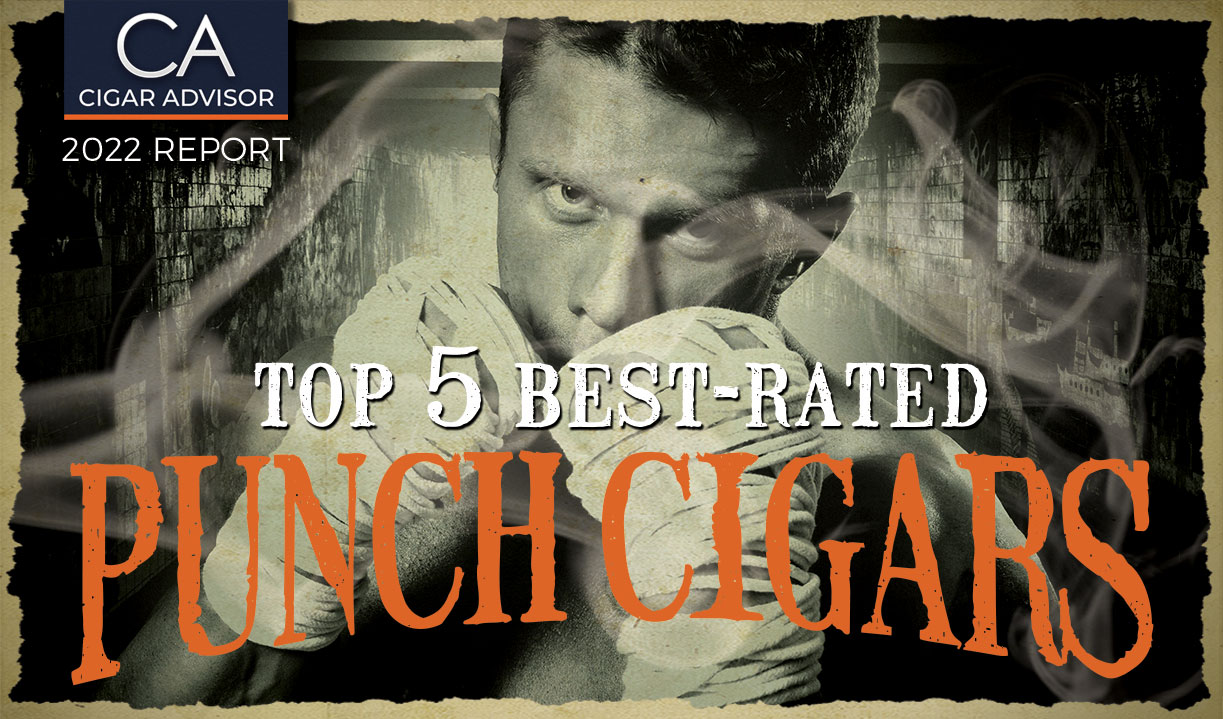 The Highest-Rated Punch Cigars according to Famous Smoke Shop Customers!

A brief history of Punch Cigars

Borrowing its name from a circa 1827 British puppet show, Punch has become one of the most popular cigar brands in both the European and American cigar markets. Even Winston Churchill was said to enjoy them.

Like many of its contemporaries, Punch suffered greatly from the aftermath of the Cuban Revolution. Afterward, the brand was sold to the Villazon family who gave them a home in Danli, Honduras. Punch was a breakout success, playing a key role in putting Honduran tobaccos on the map for a soon-to-be-budding cigar boom.

Blends like Rare Corojo and Signature are a regular fixture on the shelves of just about any cigar shop today – and have done equally well in the review blotters. But we wanted a different take on which Punch cigars are best…

How we choose our best Punch cigar picks…

You’ll see plenty of smokers on their soapboxes giving their two cents about which cigars are worth smoking, but at Cigar Advisor, we bow to the most reliable (and least subjective) kind of reviews out there: consumer cigar reviews. We’ve exhaustively combed through Famous Smoke Shop’s archive of customer feedback to show you which cigars in Punch’s portfolio reign supreme.

Want to make your voice heard? Submit a Punch review and help smokers just like you decide which cigars to smoke…or avoid!

Jim in MO says: “A nice daily cigar. Smooth with no bite.”

First, a trifecta of potent tobaccos from Honduras, Nicaragua, and the Dominican Republic. Then, an oily Connecticut Broadleaf wrapper. The formula may seem simple, but it’s earned Punch Elites Maduro an ‘ol’ reliable’ status for decades. Jim says these sticks are good to be smoked every day, and at their price, you won’t find an argument from me – especially with their flavors of sweet tobacco, nuts, earth, and aromatic spices.

Before you accuse us of padding the list with Famous exclusive cigars…remember that these are based on customer reviews. You’ll have to air your beef with them. Instead of getting mad, I’d suggest you get some Sucker Punch King Hit in your humidor. Why? Because these Connecticut-wrapped sticks pack some muscle under the hood. Nicaraguan Ligero to be exact, but they still smoke smooth. Notes of cedar, cream, and vanilla round out Sucker’s extra kick of pepper and spice all at less than $5 a whack. If that’s not enough, Sucker Punch King Hit garnered a perfect 5-star rating. Is everyone wrong?

Speaking of perfect scores, let’s talk about Punch Rare Corojo. Its El Doble size earns its five stars via a chorus of premium tobaccos from the Dominican Republic, Honduras, and Nicaragua. These leaves, along with the blend’s sweet and spicy Ecuador Sumatra wrapper give RC flavors like coffee bean, cedar, and cocoa. Truth is – no matter who you ask – Rare Corojo seems to be at the top of everyone’s Punch list. And Famous customer reviews…they just confirmed what we likely already knew!

Marc in FL says: “You’d be hard-pressed to find a better smoke.”

With rich tobaccos culled exclusively from Honduras’ San Agustin Valley, you could say that Punch Gran Puro lives up to its name. Checks out on paper. What about flavor? We taste rich notes of sweet spices, almonds, and roasted coffee beans in every puff. It’s a cigar that’s hard to put down, especially at Punch’s comfy price point. We’re all guilty of beating the Nicaraguan tobacco horse to death, but it’s easy to forget that Honduras grows some epic leaves, too. Gran Puro Sierra is a fine way to explore them!

Simply excellent, indeed. Especially if you’re a Corojo wrapper fan like me. Punch Signature smokes sweet with hints of salt, nuts, leather, earth, and even berry at times – all with a tangy herbal sensation on the retrohale. That’s partially thanks to the blend’s core of full-bodied tobaccos from Connecticut, the Dominican Republic, and Nicaragua. To be honest, you could call Signature Punch’s right hook, but it’s a knockout you’ll be happy to receive!

Punch Signature is bargain priced and a 5 star smoke. Always in my humidor.

Reading Time: 4 minutes Kids want candy, but we want cigars. This edition of Top New Cigars fills your bag with some of the tastiest new treats from H. Upmann, Aging Room, Tatiana, and more. Click to view the list now!