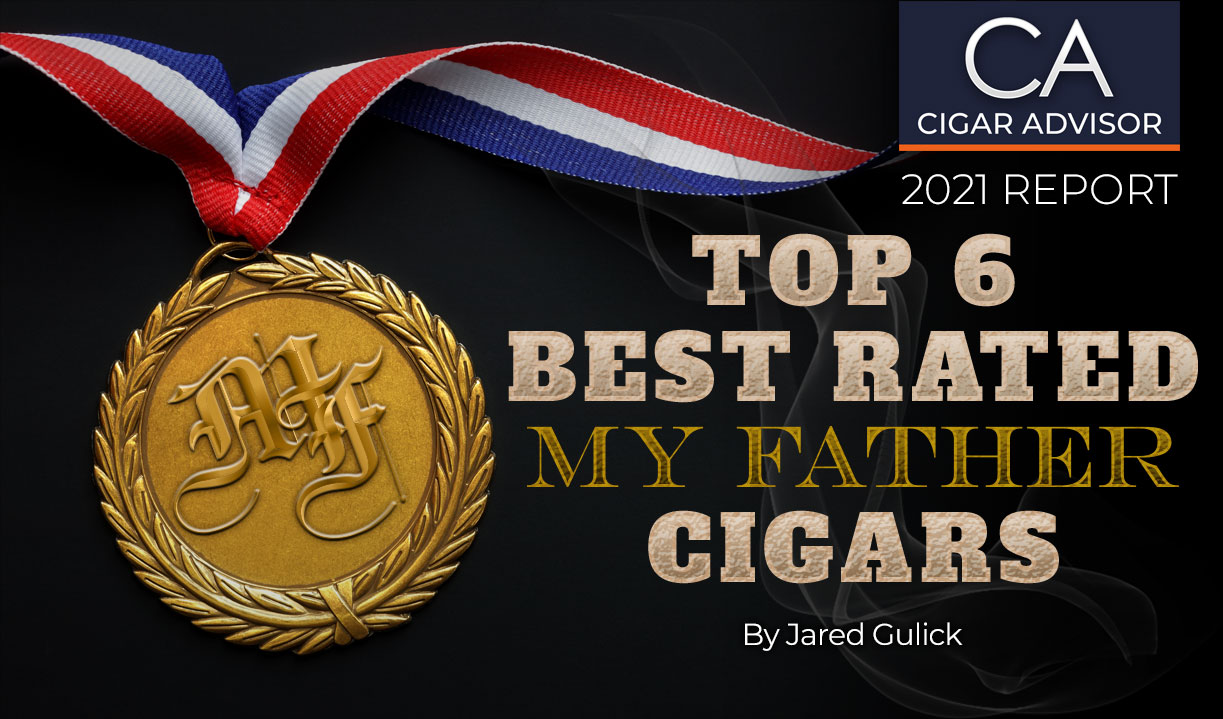 A brief history of My Father Cigars

As the legend goes, José “Pepin” Garcia rolled his first cigar in Cuba when he was just 11 years old. His career as a torcedor saw him crafting cigars for brands like Cohiba, Montecristo, and Partagas. In fact, by the 1990s, he was credited as Cuba’s most productive master cigar roller. And as so many masters do, Pepin went on to create his own factory in 2003. Their debut cigar released just five years later in 2008.  The meteoric rise My Father Cigars earned – in such a comparatively short history – is nearly unparalleled. 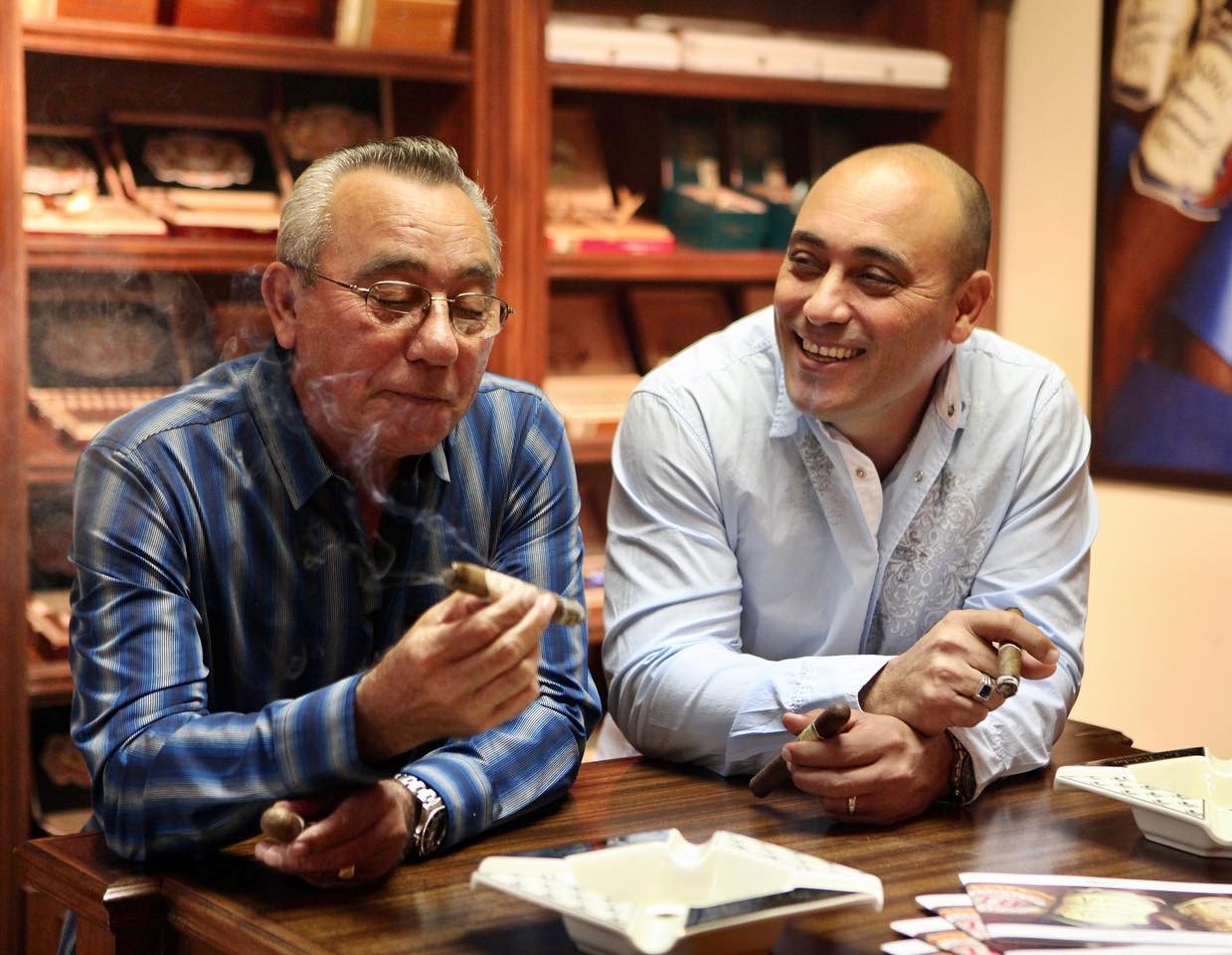 Over the last 13 years, My Father Cigars have skirted the line between boutique and big brand. I wouldn’t argue with either description…because they’re such a recognizable brand, but still manage to maintain that coveted small batch quality. The ultimate proving ground was when My Father won Cigar of the Year not once, but twice within three years (2012, 2015) with Flor de las Antillas and My Father Le Bijou 1922. Impressive for most cigar companies. Mind-blowing for a cigar company that’s only been in the market for seven years (at the time).

Don’t take their word for it

At Cigar Advisor, our Top-Rated Series is like no other. It’s not our opinion, nor is it from any other panel of experts that you’ll never meet. Our ratings come from regular customers of all walks of life. Everyday smokers just like you. It’s your reviews on Famous Smoke Shop that choose the cigars on this list. Nothing else.

Side note: we love reading them. Especially when they’re funny. Like these random reviews of cigars we’ve come across:

“Smelled like the urine odor of a house cat. These are trash.”
“You’re better off rolling up some grass clippings & smoking that.”
“Smells like foot powder.”

It’s pretty simple. We go through the entire My Father Cigars catalog and pick out the overall top-rated cigar size from each blend they offer. To qualify, a cigar must receive at least 10 reviews and maintain a 4.5-star average. You can go check to see we’re on the level if you’d like, the reviews don’t lie!

Do you have a My Father Rating you’d like to share? Tell us in the comments below!

Vernon in MD says: “A sweet smoke with a touch of sassy to spark your palate.”

Flor de las Antillas is a memorable cigar for me, because I started in the cigar business in January 2013…right after it made headlines as 2012 Cigar of the Year. Everyone wanted a box. And I remember them flying off the shelves faster than we could stock them. And though the kneejerk impulse that kept them out of stock for a good eight months has long subsided, Flor de las Antillas maintains its high demand – along with its crown as the highest-rated My Father cigar period. As for flavor – it’s smooth. Really smooth, with a tasty combo of sweetness, spice, and a bold Nicaraguan finish thanks to its beloved box-pressed, puro format.

Robert in NV says: “I understood after smoking one why people were cleaning the store out of these.”

Big-ring fans, pay close attention, because the masses really love this one. Jaime Garcia Reserva Especial is a dark blend that effervesces notes of earth, chocolate, and sweet tobacco flavors with a long, shimmering spicy finish. Atop its Nicaraguan core is an oily Connecticut Broadleaf wrapper that is just as beautiful to look at as it is delicious. Try pairing it with a porter or lager for an extra ‘Especial’ treat. One thing is certain: you’ll be stuck to your chair like duct tape after smoking this awesome addition to My Father’s set list – and there are other popular sizes if big rings aren’t your thing.

Hunter in LA says: “Great tasting, smooth yet flavorful. One of the best retrohale experiences I’ve ever had.”

In Pennsylvania, asking a bartender for a “lager” will get you a Yuengling. In just about any cigar shop, ordering a “Blue Label” will get you a Don Pepin Garcia Original. In fact, I don’t know anyone who calls it anything else. I smoke more Blue Labels than anything from My Father and that’s because the cost-to-flavor ratio is off the charts. It might even be the tastiest sub-$10 cigar on the market. We’re talking sweet and salty Nicaraguan Corojo & Criollo flavors among some refreshing citrus zest, and a brawny medley of peppers and spice. You will feel this one in your belly, but it’s certainly not the strongest My Father on the block. Don Pepin Blue Label is, however, their best value by far from my seat.

Curtis in CO says: “Great balance in flavor profile…slightly earthy with an elegance of cocoa and almonds.”

The Garcia family’s second Cigar of the Year (2015) is My Father Le Bijou 1922. The cigar is dressed in a Pelo de Oro Nicaraguan Habano leaf jacket with layers of Nicaraguan long fillers below. Le Bijou is a purebred flavor fest for Nicaraguan cigar fans and starts off with silky notes of sweet cocoa and nuttiness (keen palate, Curtis!) to complement the impending waves of fiery spices. Save this stick until after sundown when the evening summer breeze and warm glow of the firepit create perfect smoking conditions for strong cigars. And though these reviews are all about you, my opinion (for what it’s worth) is that Le Bijou 1922 is My Father’s finest cigar.

Steve in PA says: “Everything that the Famous description says is true. This one is a keeper.”

Don Pepin Garcia Cuban Classic Black flies well below the radar, despite its rave customer reviews. While people are always talking up Flor de Las Antillas, Le Bijou, or Blue Label, Cuban Classic Black gets lost in the mix. And it really shouldn’t. For one – it’s the most price conscious cigar on the list. It nearly straddles the line of being a budget stick. But don’t let that fool ya. She’s got some high-octane Nicaraguan tobaccos – and flavor to match – that’ll put a sock in any price snob’s mouth. Most notable of its flavors are cedar, coffee, and warm spices with a natural tobacco sweetness on the finish. If you’ve never smoked a My Father, Cuban Classic Black is the perfect diving board.

Tony in TX says: “Jaime and Pepin Garcia scored a perfect 10 on this one.”

Hailing from the original My Father brand, My Father No. 1 is a popular Robusto size that smokes fast enough to enjoy between appointments and meetings, but long enough to fulfill your taste buds with a complex brew of wood, coffee, pepper, and a splash of caramel. The cigar is a blend of Nicaraguan tobaccos cradled by a redheaded bombshell of an Ecuador Habano Criollo leaf. My Father No. 1 gets feisty with its spicy disposition, so make sure you enjoy it after lunch or dinner for an incredibly relaxing smoky dessert.