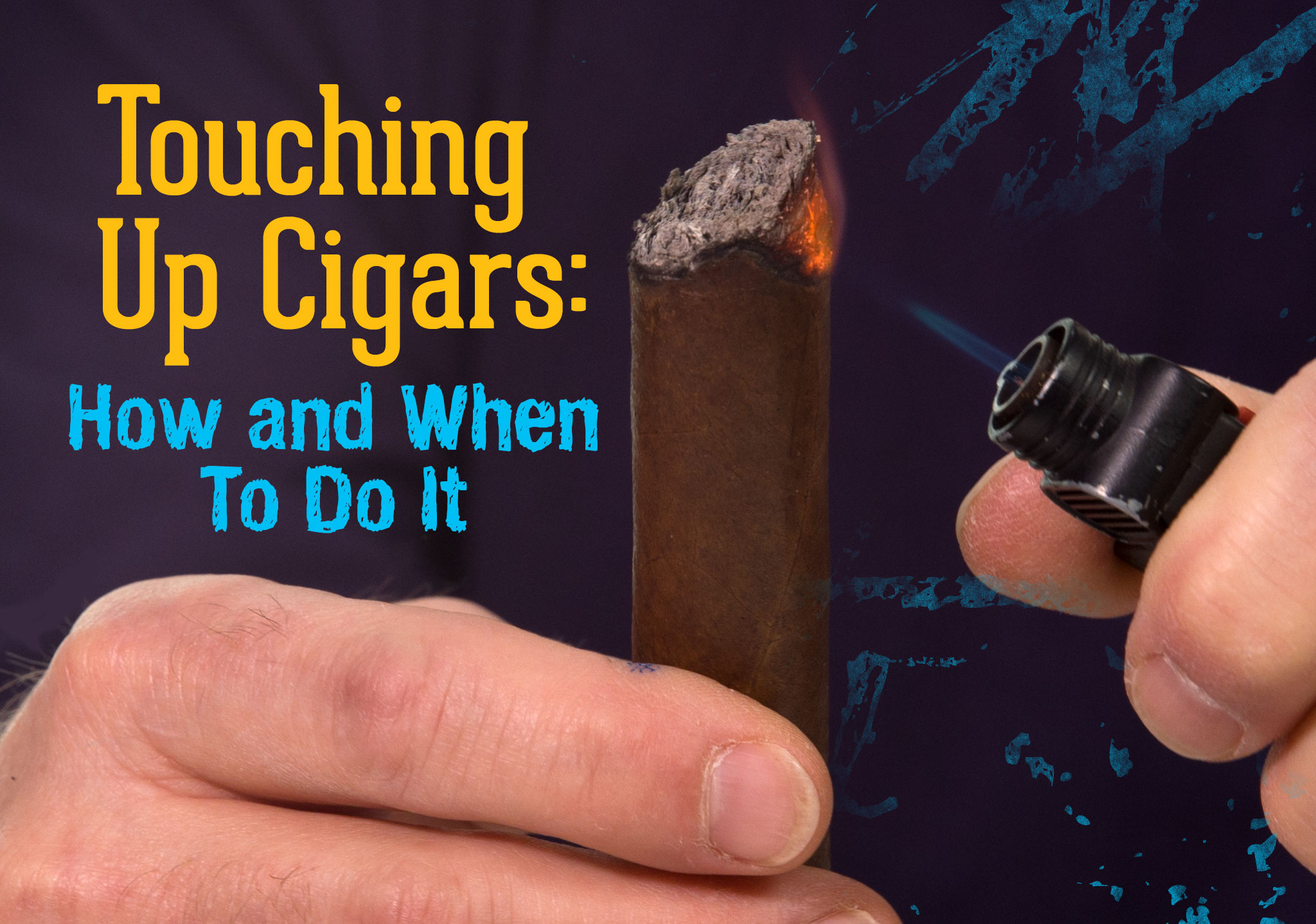 What to do when your cigar’s burn goes on tilt: Touching up cigars, how to do it and when it is appropriate.

How’s this? You’re relaxing with one of your favorite cigars. It tastes great, the aroma is soothing, the cigar’s burning well; all’s right with the world. A few minutes later, you notice the burn is starting to angle, but you ignore it. Eventually, the burn continues to tilt and suddenly your hour of indulgence is not as gratifying as you hoped, because now you have to “touch-up” your cigar.

Generally speaking, touching-up a cigar means burning-off the section of the cigar that’s ceased burning. It’s really a pretty simple procedure. You hold the cigar out in front of you, ignite your cigar lighter and, just as you do when lighting a cigar, keep the flame from touching the wrapper. The heat alone will burn off that charry excess.

In many cases, if you’ve touched-up the cigar and it’s now burning well, that’s all you need to do. If the cigar is well-made, oftentimes it will correct itself, which is why you should wait a little before taking any action. If the cigar continues to burn “with a twist,” you’ll have to touch it up again. Overdo it and you may have to touch-up the other side of the cigar. Suffice it to say, sometimes touching-up makes more problems than it solves.

One thing about touching-up that I’ve noticed over the years is, sometimes the un-burnt section of the cigar is very black, and won’t take to the flame very well. Though it looks like charred tobacco, this black section may be a ligero leaf – the darkest and oiliest of filler tobaccos – that has worked its way over to one side during rolling. Although the binder is supposed to keep the cigar burning evenly, there’s just too much ligero for the binder to handle, so you are continually touching-up your cigar. Ligero also offers a lot of flavor, which is why the cigar may still taste good despite the crappy burn.

A cigar that requires more than three touch-ups is probably not worth continuing to smoke. If you have to touch-up the cigar in the last several inches, one try should be all that’s needed, since you’ll probably be letting the cigar go out pretty soon anyway. However, despite all the extra labor on your part, if the cigar tastes too good to let go prematurely, keep on retouching. After all, it’s your cigar, your time, and your money.

Growing Up Tobacco: The Thrill & Agony of Blending Cigars

Making the Grade: How Cigars are Tested