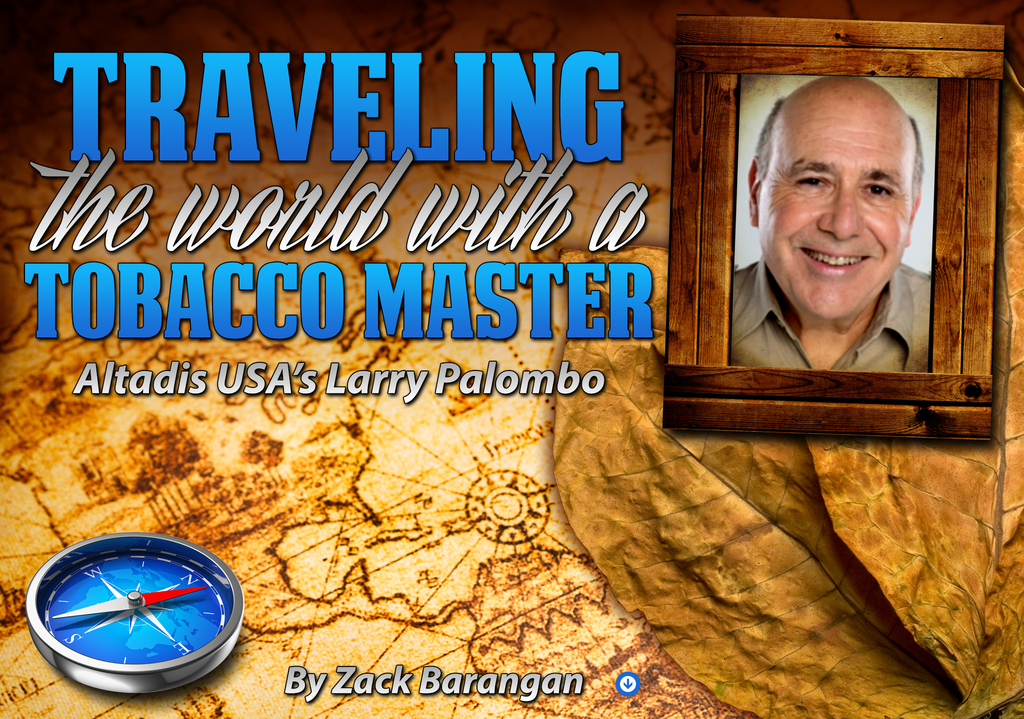 In the business of tobacco, experience and knowledge are two of the best qualities one can possess. Larry Palombo, Altadis USA’s Vice President of Tobacco, has a wealth of both, making him a true Tobacco Master. Throughout his 44 years in the cigar and tobacco industry, Larry has traveled the world many times over, learning almost all there is to know about the plant. Palombo’s long journey through the world of tobacco has made him one of the premium cigar world’s most respected individuals. His story is one full of knowledge, teamwork and, of course, cigars. Larry chuckles as he recounts his experiences; though he may have decades under his belt, he is still as happy to smoke a great cigar with a friend as he was during his first day on the job.

In 1969, Larry began his first foray into the premium cigar world as a trainee in a cigar company’s marketing department. In just a few years, he fell in love with tobacco leaves and the process that produces the cigars themselves. In 1975, he moved to the Dominican Republic, one of the cigar world’s foremost regions and lived there for a year and a half to learn more about tobacco. Every day Larry would gain more knowledge making him a true tobacco master. Each day, Larry would walk through the factories and farms, soaking in the experience by speaking to the factory workers and owners while learning, firsthand, the amount of work it takes to make premium cigars.

With his knowledge of tobacco leaves, Larry soon became a buyer. The next few years, he would travel around the globe to places like Europe, South America and the Caribbean, visiting farms and factories, while purchasing the best tobacco. Larry’s genial and easy-going personality endeared him to many of the farm owners, making his job an enjoyable one. “Over the course of many years, you develop relationships with the suppliers and work closely with them,” he says

In 2005, Larry joined Altadis USA as their VP of Tobacco, where he works in a three-person team under Nick Van Olden, Altadis’ Senior Vice President of Tobacco. The team (with an impressive 120 years of combined experience) works with hundreds of trusted consultants, farmers and factory owners that help procure the finest leaves from around the world. At this position, Larry continues to do what he does best: traveling to Central and South American countries like Nicaragua, Honduras and Ecuador, purchasing leaves that create some of the best cigars in the world, all while continuing to expand and enrich his knowledge of tobacco. 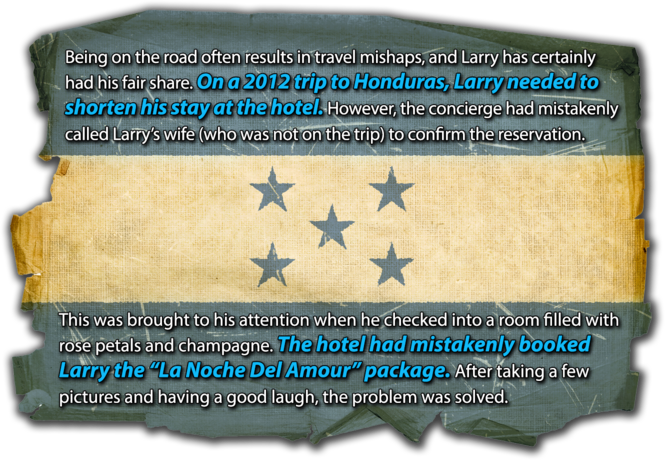 Larry’s good-humored nature coupled with his love for travel and meeting new people is something that he still engages in to this day. He visits his contacts in South America every two months, placing his orders and checking in on the harvests. The relationships Larry has fostered with these men and women are all-important to the creation of premium cigars. “We give them our commitment and we live by it. Our word is our bond.”

While visiting the factories, Larry inspects the tobacco he is purchasing. “You have to look at the tobacco early on in the process. If there’s something we don’t want, we call and tell them early on,” he says. When checking the tobacco he looks for uniformity in color and texture. He smells the leaves and touches them, making sure they are consistent with the exacting standards put forth by the company. Any discolorations or inconsistencies will not pass his strict test. His many years in the business have given him a sharp eye that will spot even the smallest of imperfections in the tobacco. 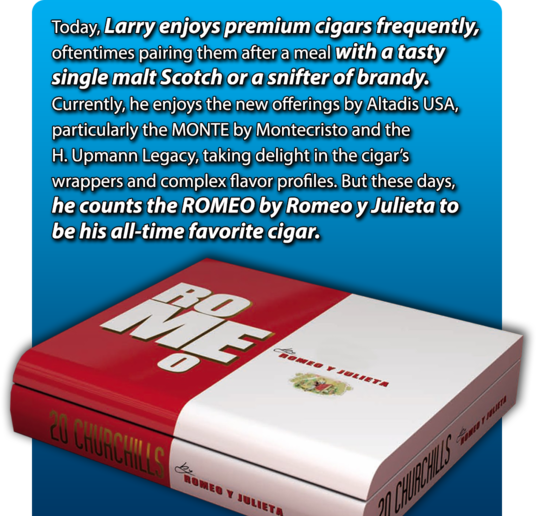 It comes as no surprise to hear the part of the business Larry loves most is getting to work with a wide range of people. Whether it is sitting with the team trying to come up with a new blend or walking through the factories as he did so many years ago, he admires his peers. The friendships that he’s made throughout all these years have created countless memories as well as premium cigars. For Larry Palombo, the opportunity to work with these friends is the best part of his job. “I enjoy the people that I work with, the people that I grew up with in the business. We work as a team,” he says.

Reading Time: 7 minutes Gary reviews 10 Top Shelf Maduro cigars: If you love the natural sweetness and savory aroma of Maduro wrapper, these dark discoveries are sure to please cigar smokers at every level of experience.