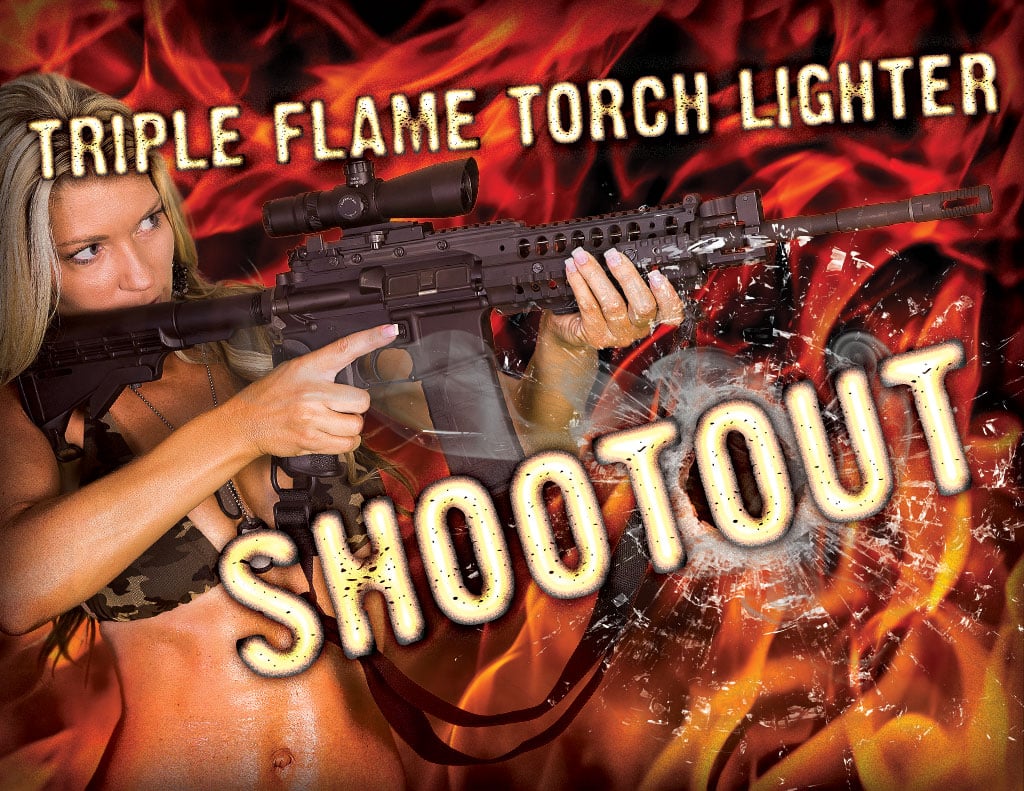 Triple flame torch lighters have become incredibly popular because of their ease of use…not too big and not too small, they put out enough flame to toast even the largest of cigars while making quick work of firing up small ring sticks. They’re kind of like the Goldilocks of the torch lighter world: sized just right. And because they’re so useful in so many cigar lighting situations, there’s a good-sized selection to choose from in a range of design styles, functionality and price. I chose four different lighters, all triple flame torch lighters, ranging from low to high in cost so you could get a feel for what appeals to your personal preferences and fits your budget. So light ‘em up and read away!

While I’d have to call this a value lighter, I’d also note that it’s a nice triple flame torch that looks great in its mahogany tone body, and trust me, people will think you spent a lot of money on it… which you won’t. These are powerful refillable torch lighters equipped with an oxygen escape valve. It’s a nice piece, that works well and looks great, and… it comes with a lifetime warranty!

Let’s get right to the point… I personally own this lighter and it is one of the best values you’ll find on the lighter market today. Sturdy as all hell, ruggedly stylish, and it just works the way it’s supposed to every time out. It’s got a powerful triple flame that is just perfect for using outdoors. There’s a built-in punch at the bottom and a handy fuel viewing window is built into the solid metal case. Just a standout among torch lighters and personally recommended by yours truly.

You know what, guys? This is just one damned cool looking lighter. And when you hold it and click the ignition, you say things like, “Damn…I’ve gotta have this.” What makes it unique is that ribbed, space-age looking black grip in the front which makes it feel like it might have been designed by NASA engineers. While it’s very sturdy, it’s also lightweight with an all metal housing, a fuel window and a built-in punch cutter integrated into the bottom.

This bad boy resides at the top of our list (price-wise) of 3-flame torch lighters with a bunch of great features that Xikar is known for – including their XIKAR FOR LIFE warranty. The imagination of CEO Kurt Van Keppel was in full swing on this one, creating a lighter that is a true testament to both form and function. Beautifully designed, it features a sleek black body surrounded by chrome trim. It’s got a powerful triple jet flame that’s activated by some handy side squeezing action. There’s a large window to check your fuel level, an oversized flame adjustment wheel and a cigar punch at the bottom.

So there you go, some pretty good information on a handful of triple flame torch lighters that you can’t go wrong with. Now, it’s time to light up a good stick and get smoking!