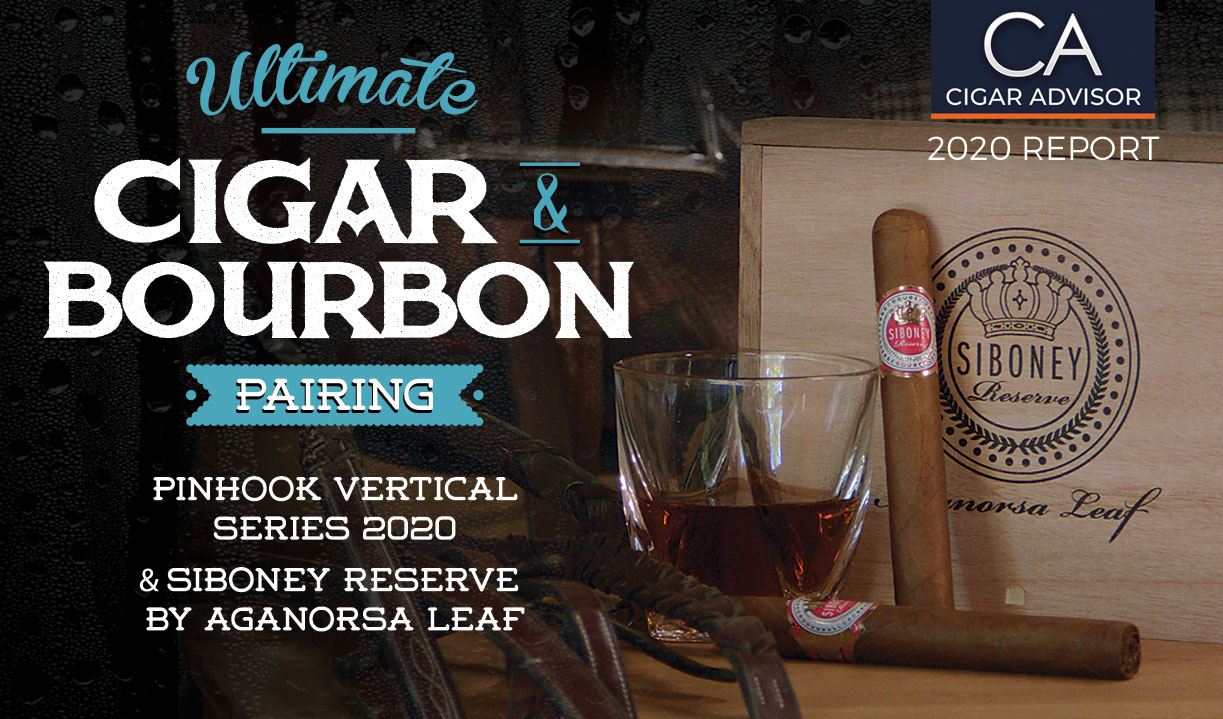 Founded in 2010, Pinhook Bourbon was pivotal in helping to establish the craft bourbon scene. But they didn’t stop there. With most companies striving to replicate their recipes for consistency, Pinhook embraced the differences their bourbon achieved each year in aging. 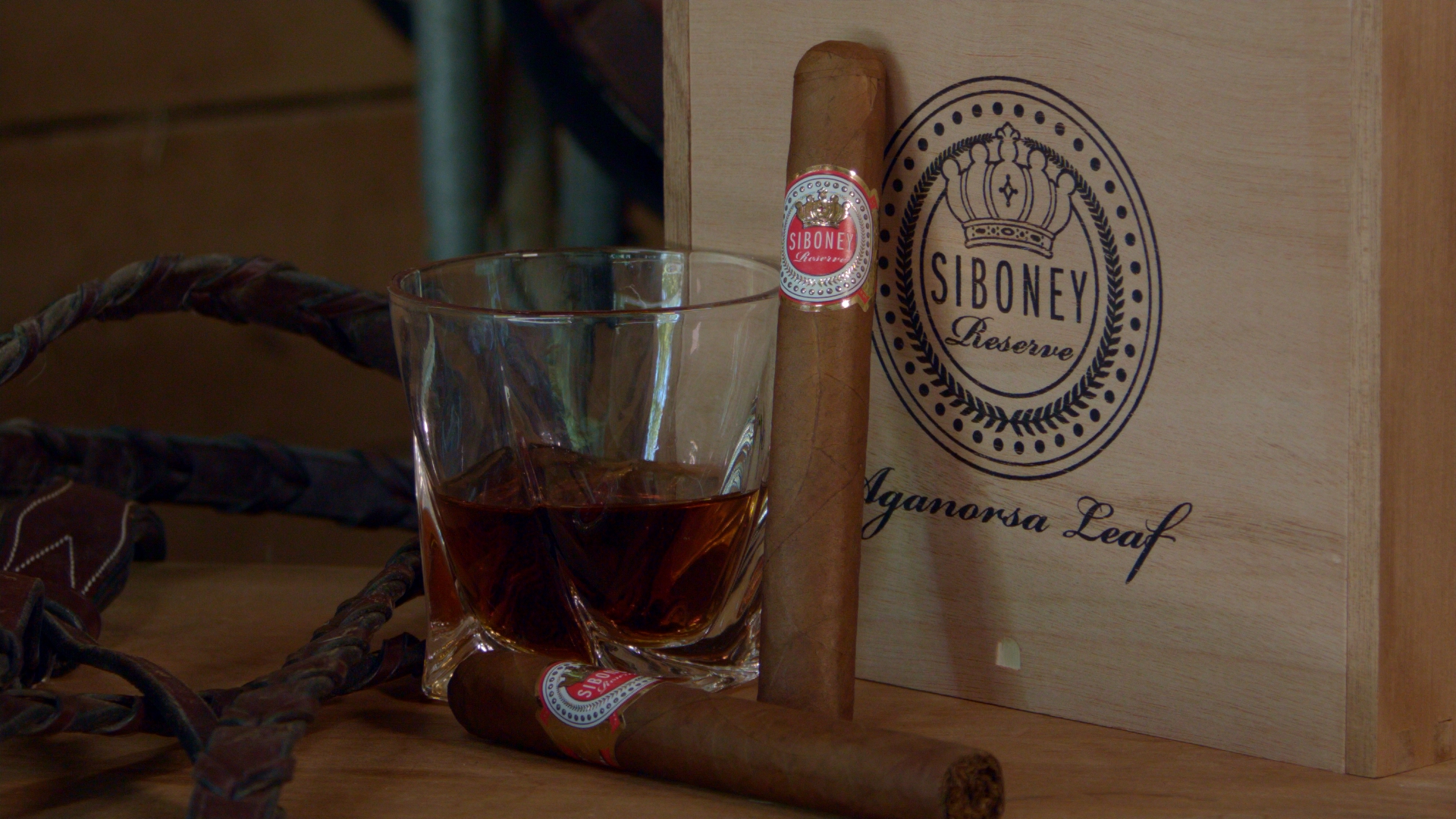 “You have tremendous variability in bourbon because of the grain harvest, and the mineral content in water – which is not always the same,” says Pinhook co-founder and sommelier, Sean Josephs. One barrel is made from one tree, so you have different wood, different grains in the wood, and different pores in the wood. And then, of course, the weather itself which affects how the bourbon is aging. Our idea was, why not take a wine approach? Why not celebrate the variability instead of hiding the variability? That was really the ethos at the core of what we’re doing.”

It’s for this reason that no two Pinhook releases will have the same character. 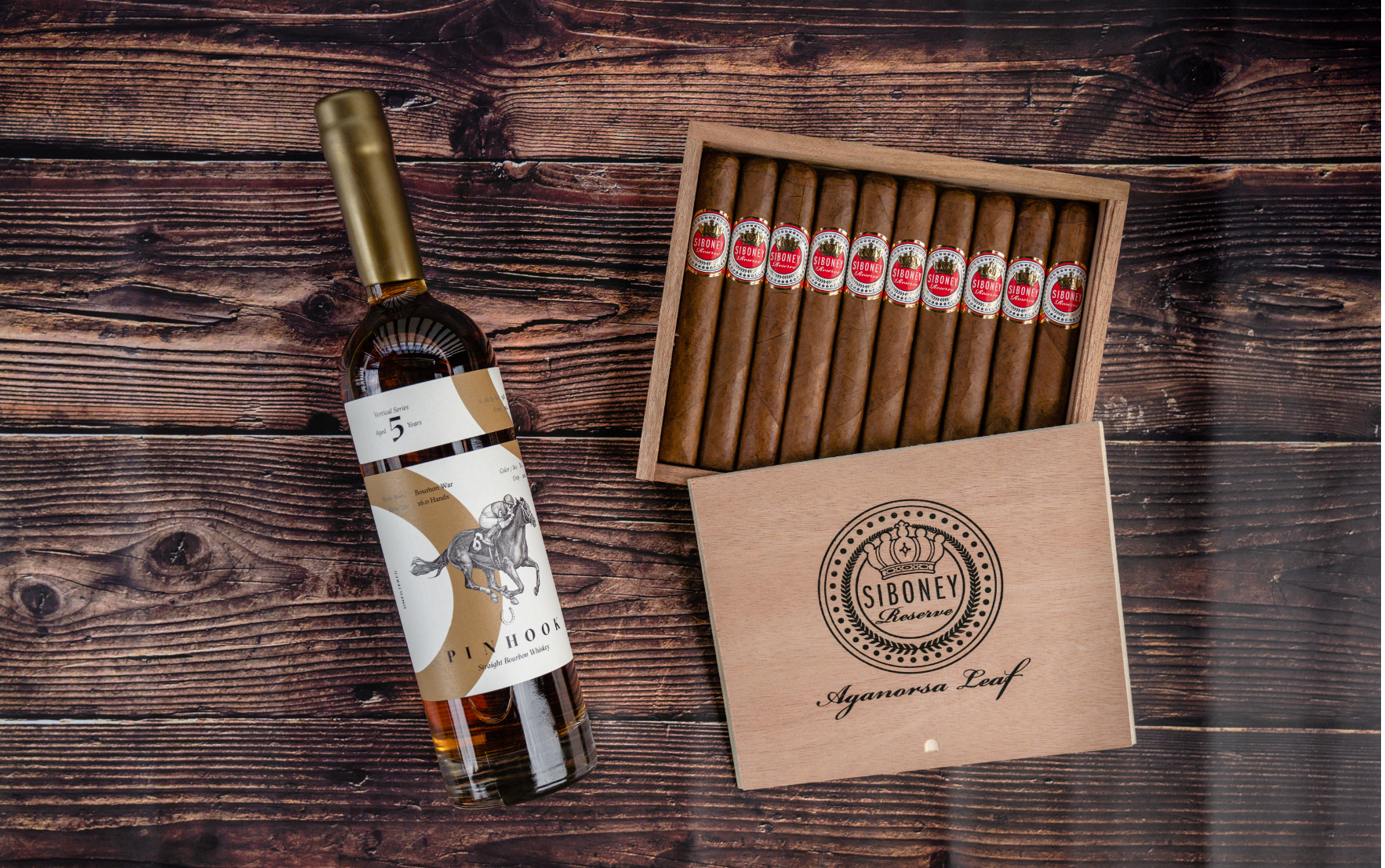 “That’s what attracted me to Pinhook,” said Famous Smoke Shop Director of Purchasing and Retail, Jim Charnley. “After talking with Sean about his process, and later sampling the bourbon myself, I knew our companies had to do something together.”

Finding the Right Cigar to Pair

Our mission was then to find the perfect companion cigar to 2020’s Pinhook Vertical Series Bourbon War 5-Year release. After an exhaustive search from the experts at Famous Smoke Shop, they landed on one of our most popular exclusives: Siboney Reserve by Aganorsa Leaf. That’s when they handed us (Cigar Advisors) the keys for a review. We decided to do our reviews separately so that we didn’t influence one another. That’s because though we dabble, we’re not bourbon experts, so we knew it was important to be impartial. 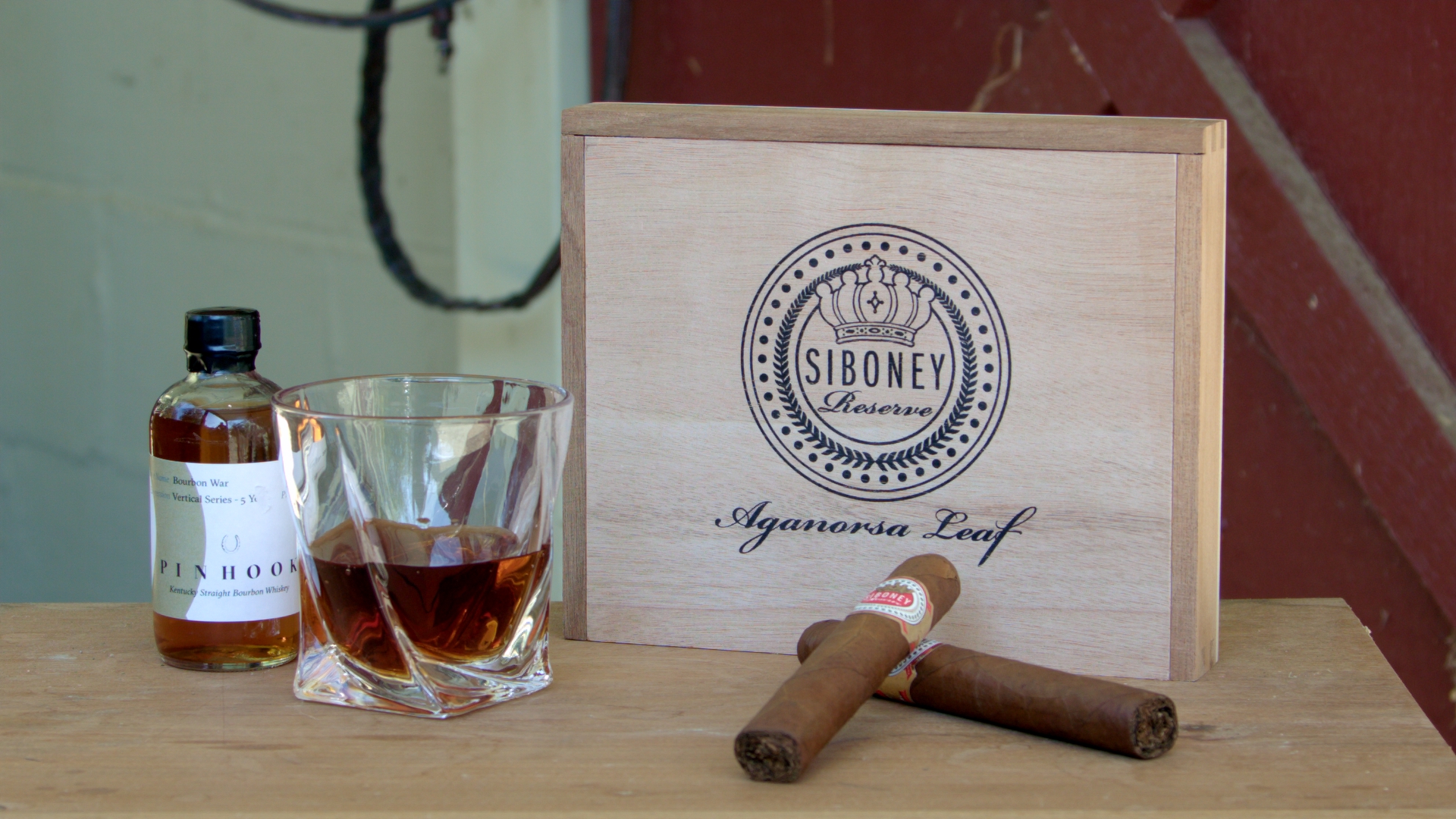 Below are our findings of the flavor notes we found in both the bourbon, the cigar, and their combination on our palates. We hope this will give you even a small peek into the awesomeness we experienced from this pairing.

I get cigars and cigars get me, but I can’t say the same for bourbon. It’s not that I don’t like it. It’s more…that I don’t find it necessary to go out of my way to get it. Having gone my whole life with a “take it or leave it” attitude, I got my clock cleaned by this Pinhook War 5-Year in a very good way.

I’ve talked about Siboney Reserve being drizzled with coffee, a natural, earthy sweetness, spices, and of course, pepper. It’s a strong cigar – that’s for sure – and it’ll do a number on your nostrils – and the back of your throat – if you aren’t ready for a Nicaraguan puro. Bringing the rocks glass to my lips, however, provides a syrupy cushion of flavors that remind me of baked goods like pastries as well as fruit. The bourbon is quite sweet, and it coated my palate like a milkshake. In doing that, the pepper from Siboney vanished and both tasted smoother. 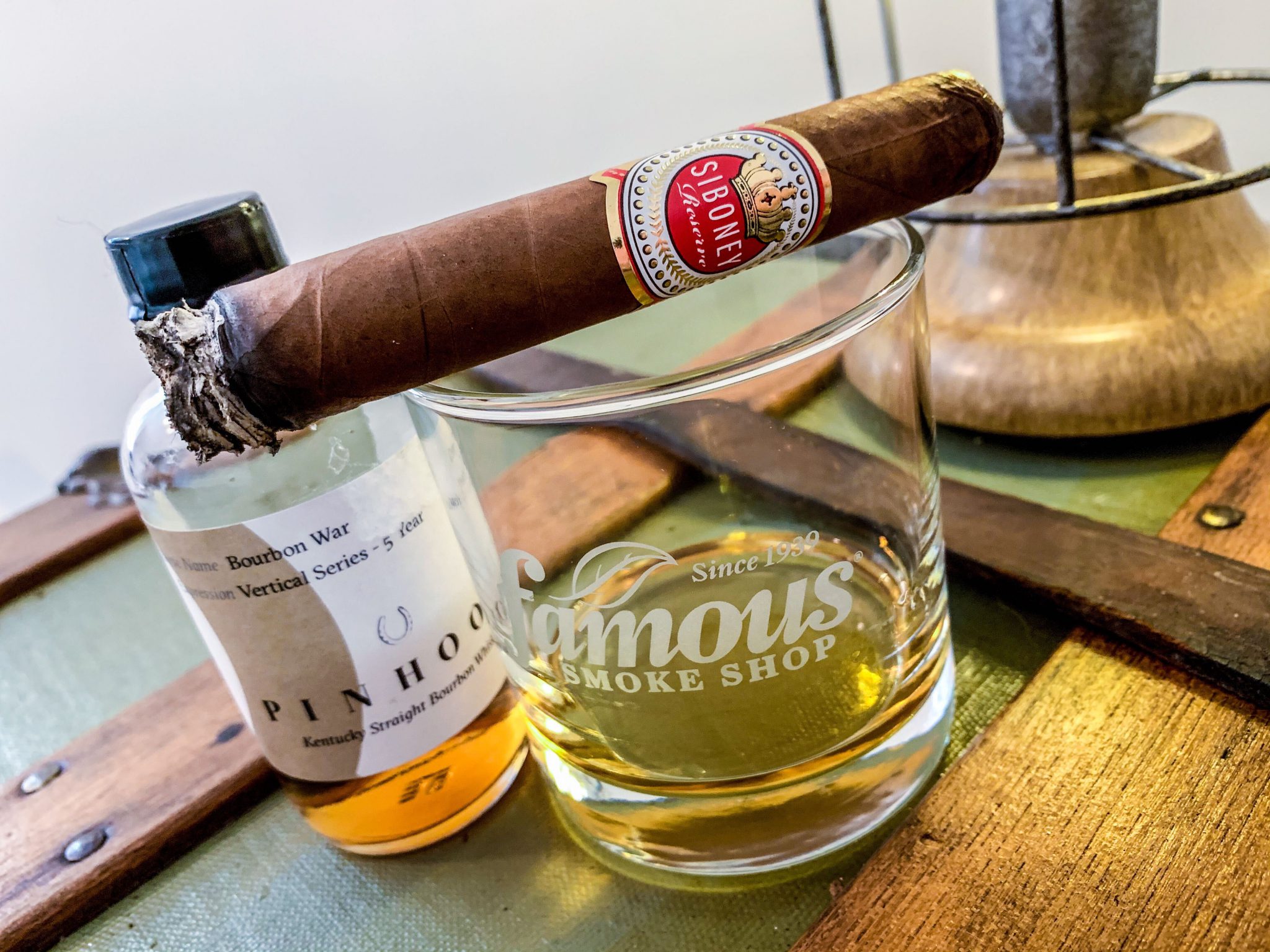 If you prefer the bite, you can get that back, too. Take a puff, let some of the smoke out, and then take a sip of the bourbon with the remaining smoke still in your mouth. You’ll get a fair bit of heat and tingle that reminds me of cinnamon gum.

Whether you want something to boost the flavor of the Siboney, or to tone it down, this combo has you covered. It all depends on how you approach it. And I admit…with my tail between my legs, I’ll be seeking more of this Pinhook release to pair with the rest of my Siboney stash – and likely much more.

I don’t think they could’ve picked a better pairing for the Siboney Reserve by Aganorsa Toro than this Pinhook Bourbon War Vertical Series 5. I’ve had a number of Siboney Reserve cigars, and paired them with several other liquors, yet, since I have not had this fine bourbon until now, I didn’t know what to expect. The results were impressive. Both the cigar and the bourbon are ultra-smooth on the palate, too. Additionally, the sweet, vanilla-like flavors I picked up from the bourbon melded beautifully with the earthy, sweet, and spicy flavor profile of the puro for a most enjoyable and relaxing session. It’s almost like they were made for each other. Highly recommended for every cigar smoker who appreciates a rich-tasting Nicaraguan cigar and perfectly aged whisky. Go for it! 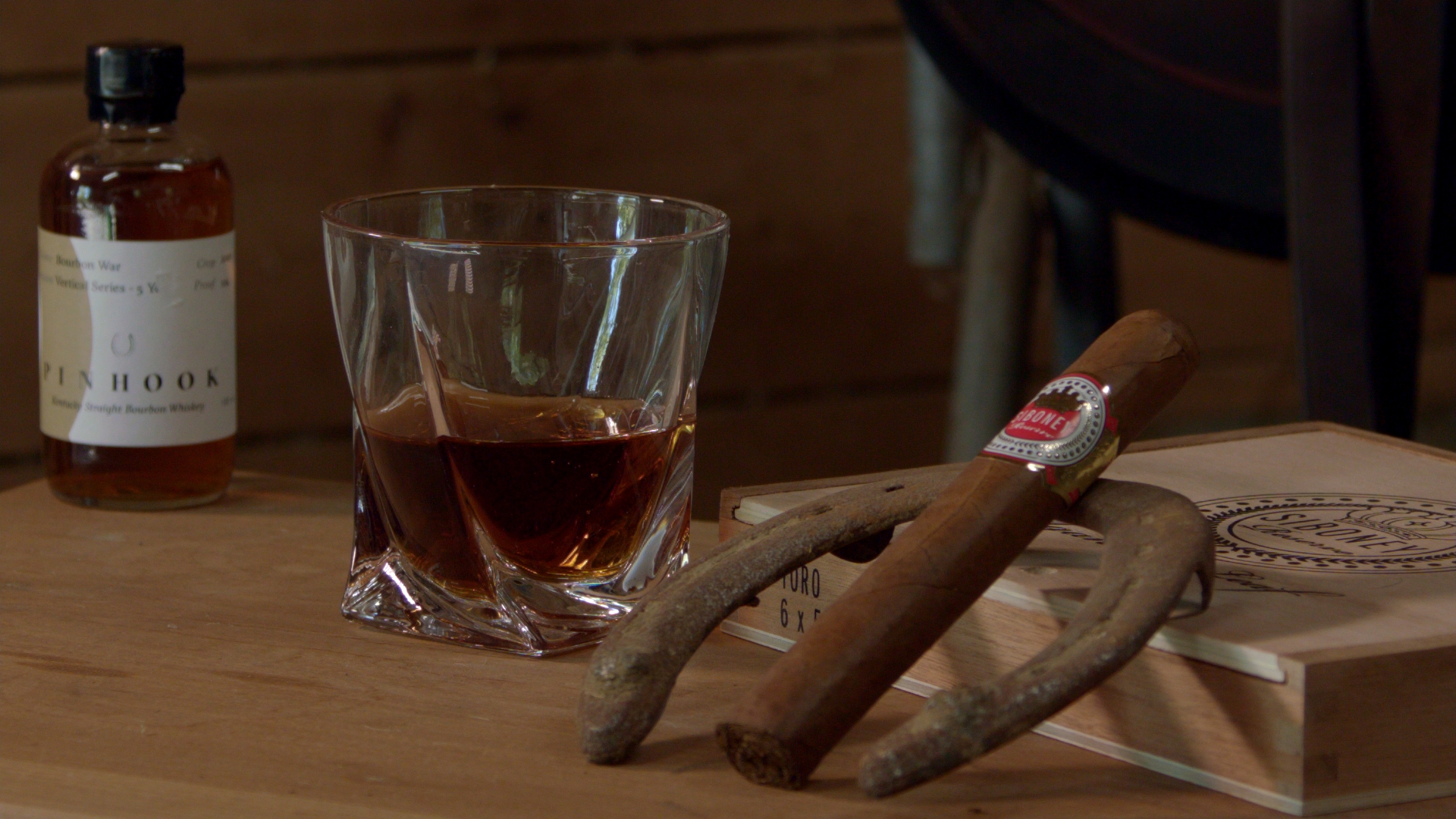 Aganorsa Leaf has an impressive range of Nicaraguan tobaccos to blend with – and they threw a little bit of everything at Siboney Reserve: Corojo, Criollo, Habano – the gang’s all here. If you are a fan of Nicaraguan cigars, I think this puro’s cedar, pepper and leather will serve you well. The creamy sweetness that occasionally drives by is a nice surprise.

Now on to the Pinhook 5 Year…

Aged 5 years, it’s a bill of 75% corn/20.5% rye/4.5% barley and 104 proof. They do a bottling of it every year to see how it changes. This is a pretty neat experiment, and very relatable for cigar nerds considering how much bourbon and cigars have in common.

The rye shows up first, burning with cinnamon. That dry n’ spicy bite gives way to that desirable bourbon sweetness, mixed with black cherry, and a toasty-smoky caramel taste. 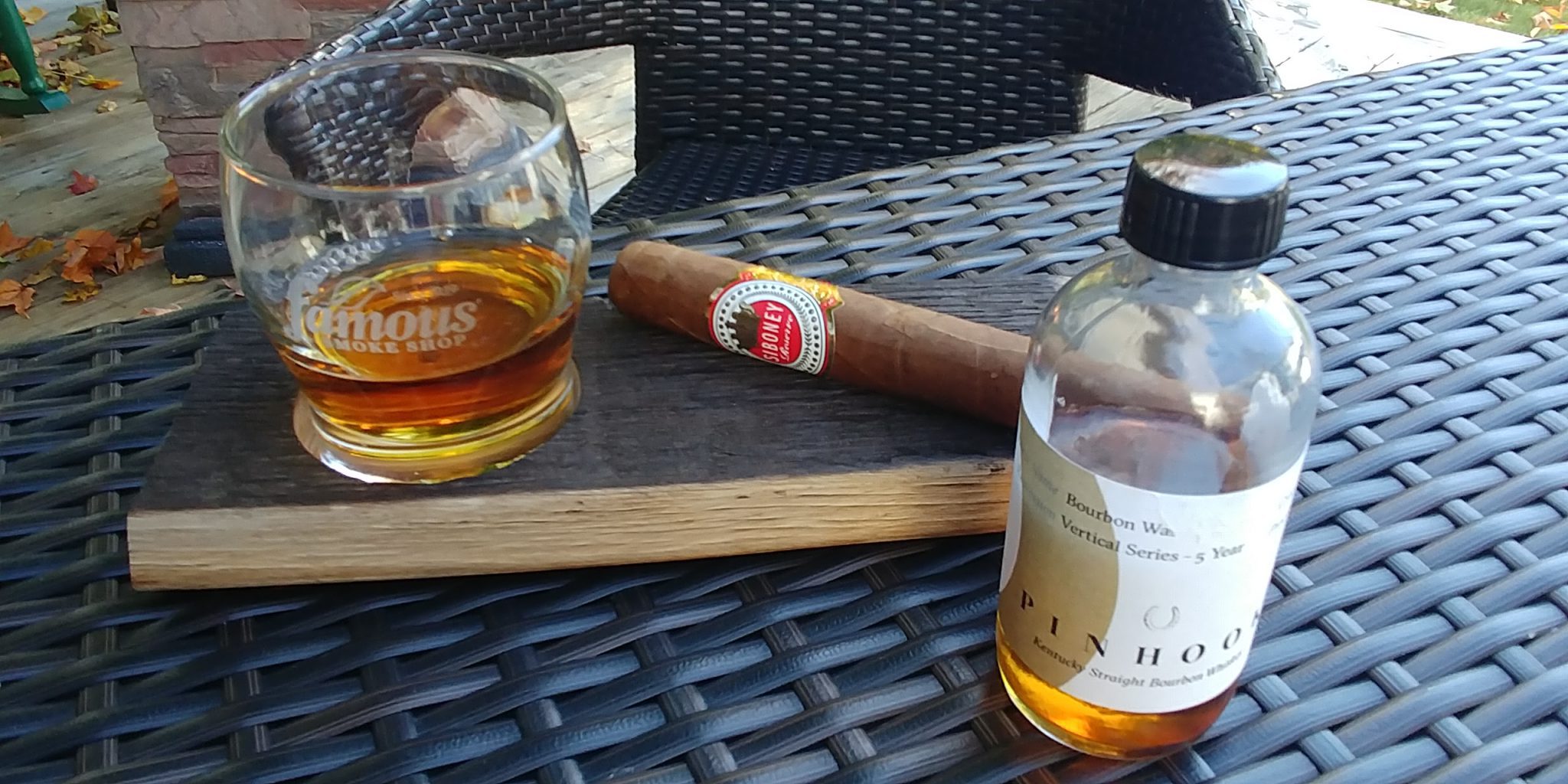 A couple of things in general about pairing cigars and spirits, before I get into pairing this cigar and spirit… There’s a difference between pairing a cigar and drink and keeping your mouth wet. To me, water isn’t really a pairing; it’s doing a better job keeping your palate refreshed. Pairing accentuates the corresponding flavors; for instance, sweet balances spicy. And because Nicaraguan cigars tend to have a woody, more spicy side, no surprise that they go well with bourbon. (The opposite is true as well: If it’s a spicy drink, like a rye or rum, go sweeter on the cigar.)

Here, the cedar and pepper that’s dominant in the Siboney’s profile intertwines nicely with that first shot of the Pinhook’s cinnamon on your tongue. That occasional creaminess that comes from the cigar jives neatly with caramel and roasted marshmallow finish on the bourbon.

I’ll also say this: if you thought only the top shelf stuff is good for pairing, I object…this Siboney Reserve – at less than the price of a sandwich – is an excellent cigar to pair with bourbon from one of the true boutiques like Pinhook. Especially for a small-dough, small batch bottle like this.