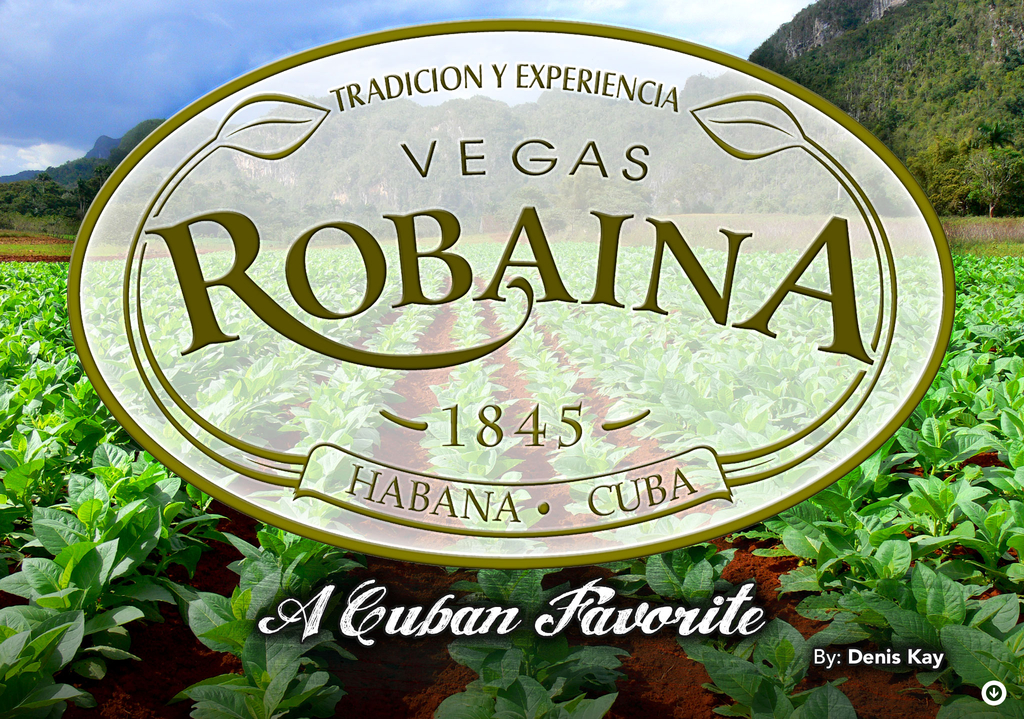 If you’re a lover of Cuban cigars, you probably have heard the name Alejandro Robaina. Robaina himself passed away in 2010, but his legacy is timeless, and lives on through the Vegas Robaina brand. The Vegas Robaina cigars manufactured for Habanos SA are beloved by stogie enthusiasts worldwide, as was the man himself. Here is our Vegas Robaina review which will help you learn more. Indeed, Robaina achieved a kind of niche celebrity status during his lifetime, with many cigar aficionados trekking to his farm on Cuba to see the fields where his tobacco was grown and to meet Robaina in person. Even now, Vegas Robaina cigars are synonymous with Alejandro Robaina, despite being a state-owned brand.

Robaina was born in Alquízar, but grew up in the famous Vuelta Abajo region, which is renowned worldwide for the richness of its soil and the quality of its tobacco. Robaina’s family had long been in the business, growing tobacco in Vuelta Abajo since the mid-19th century. At age 10, Robaina smoked his first cigar, and immediately developed a passion for growing tobacco. From that time on, he became a big help on the family farm, and eventually took over from his father, Maruto Robaina. By that time, it was 1950, just nine years before the Cuban Revolution.

Following the Cuban Revolution, most tobacco plantations were consolidated as part of government economic planning. According to Robaina himself, he stood up directly to Fidel Castro concerning these plans, and refused to enter into a co-op or state farm, stating that the best tobacco grown was on family-run farms. It was a turbulent and shaky time for the industry as a whole. Castro himself was a casual cigar smoker, but he wasn’t passionate about cigars, and he was willing to let the industry fall by the wayside. It was Che Guevara’s intervention as industry minister which persuaded Castro not to abandon the country’s most popular and well-known export.

During this difficult time, which pushed many premium manufacturers out of the country altogether (such as Davidoff and Alfred Dunhill), Robaina proved himself to be not only an expert tobacco grower, but also a brilliant negotiator. Instead of allowing the changes in the country to shake him from his place of prominence, he stood firm, demonstrating incredible integrity. In the face of the consolidation which was cutting into the independence of the majority of the country’s plantations or driving them out, he was able to retain control over his farm, rising to even greater fame as one of the best known tobacco growers in Cuba.

The Cuban government extended their compliments to Robaina in the 90s, saying that he was indeed the top grower in the country, not just in terms of sales, but excellence as well. In 1997, the government uniquely honored Robaina by naming the Vegas Robaina brand after him. He is the only grower of tobacco in Cuba to receive this special recognition.

This was not the only honor awarded to Robaina. His reputation and negotiating skills allowed him to become the face of the Cuban tobacco industry. He had the opportunity to travel abroad for decades, representing not only his own cigars and the Vegas Robaina brand, but also the Cuban cigar industry as a whole. Eventually, he became too old to continue traveling, but that didn’t do anything to phase his celebrity status or isolate him from the community. Instead, thousands of cigar aficionados and tourists flocked to his plantation each year to see where the greatest tobacco in Cuba is grown and to meet the famous man. He spent these final days enjoying a leisurely life in San Luis in Pinar de Rio province, smoking the cigars that he loved and chatting with visitors about the industry and the joys of premium cigars. His plantation remains a favorite destination for cigar lovers visiting Cuba today.

In 2009, at age 90, Alejandro Robaina was diagnosed with cancer, and the following April, he passed away in his San Luis home. Considering the mark that he made in his life, his death shook the world, not only because of his great talent, but also because he was such a congenial person.

Even though Robaina is no longer with us, we still have the Vegas Robaina brand to remember him by. There are five Vegas Robaina vitolas, all of which are wrapped in tobacco leaves harvested from Robaina’s own plantation, now operated by his son and grandson, Carlos and Hiroshi Robaina, who carry on his legacy. The Vegas Robaina cigars feature a medium- to full-bodied experience, beautiful wrappers, and delicious, surprising flavors which evoke the traditional Robaina flavor profile, but with a unique twist. Robaina has been named the “Godfather of Cuban tobacco.” If you haven’t yet experienced a Robaina cigar, you’re missing out-and if you have, you know just why Cuba’s most famous tobacco grower’s legend will live forever.

A wealth management professional by day, Denis Kay has been blogging at CigarInspector.com in his spare hours since 2007. Since then, Cigar Inspector has become one of the major cigar-related online publications with multiple authors from all around the world." "