I was sitting at a Taco Bell in Sherman Oaks, California. A man approached and introduced himself as Carlos Castaneda. I introduced myself as Katmancross. He sat.

He had a small leather pouch wrapped around his mid section. Carlos said he was sent here to find me. Don Juan wanted to meet me. 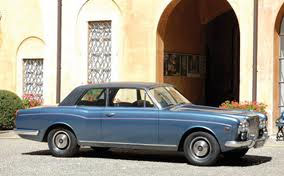 So we jumped into my 1974 Bentley. Our destination was Terminal Island Prison where Don Juan was being released after 6 months for eating peyote and running through the streets of UCLA screaming that he lost his peanut butter sandwich. The security guards tased him and took away his pouch.

We pulled up to the prison. He was waiting for us. He wore hot pink short shorts and a Madonna type bra.

He slipped into the back seat and directed us to a place on the Sunset Strip in Beverly Hills. It was the Playboy Club. 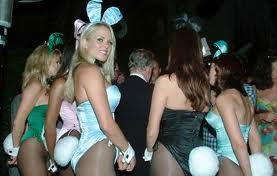 There were beautiful girls everywhere. We found a booth and sat down. Carlos said he had a real problem. He had written books about Don Juan and if his behavior was made public, it would go up in smoke.

I grabbed some Vueltabajos. “This should redirect his focus.”

But at the moment, Don Juan was fondling a Bunny by chewing on her fuzzy tail. Carlos grabbed him by the scruff of his neck and pulled. The Bunny walked away with Don Juan’s uppers and lowers still clinching to that cute little tail. 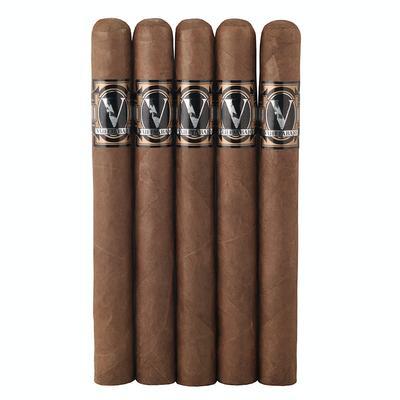 I handed a Vueltabajo cigar to each of them.

I put the long cigar to my nose and let its aroma waft gently. I could smell a nuttiness and a creamy woody aroma.

I lit up, and the flavor of spice, nuts, and cream came together quickly, as if these flavors were designed to burst out of the gate like a fine racing horse.

I turned to Carlos and told him that this was something special. As I turned to say the same thing to Don Juan, I looked in horror as I saw him putting salt on the business end of the stick and then taking bites out of it. I pulled the cigar away.

He grabbed the cigar out of my hand and continued to eat it.

Apparently, I would have no listener in Don Juan so I told Carlos about the Torano family going back to 1916 when Santiago Torano moved from Spain to Cuba. He loved tobacco and became the biggest broker on the island until the day arose when he decided to make cigars as well as sell fine tobacco.

The waitress arrived with our glasses of rum, straight up. As we puffed, the tastes were more intense. After a few more puffs, the spiciness was tamed and replaced with a tart orange peel flavor. The creaminess was the dominating flavor for the first half of the cigar. It had such a well rounded and balanced taste. 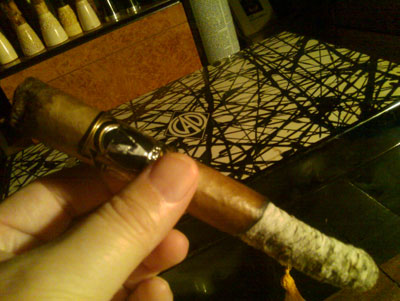 I tasted vanilla bean and leather. The complexity began to ramp up, but not the power. It remained medium body. The construction was perfect..and the burn unequaled. My ash stayed attached half way through the 7″ cigar. At that moment of ash release, Don Juan leaped up and then underneath the table to get my ash. I could hear him mumbling something about nonordinary reality.

Carlos asked if I knew of a way to heal one of the greatest minds in the realm of the unknown.

I told him that this guy was now crawling on all fours, singing “White Room” by Cream.

Carlos told me that Don Juan Matus was a fraud who allowed himself to be used in Carlos’ fictional books about Indian shamans and the power they possess.

Carlos was only approaching his half way point in the Vueltabajo. His eyes got big and he looked at me and said, “Jesus! This cigar is a motherf****r! Screw Don Juan. You got any more of these?”

I told him that I would certainly share what I had when I looked down and Don Juan was picking lint off of my pant leg and eating it.

I explained to Carlos that the Toranos worked very hard using Nicaraguan filler and binder. Finding the right strengths was crucial. They tried different wrappers but finally decided on an Ecuadorian Connecticut wrapper. It was the perfect touch. After completion of the first batch, they put the cigars to sleep in their aging huts.

I called Charlie Torano on my cell phone and said, “you have to listen to this”…I then put the mouthpiece next to Don Juan’s lips and Don Juan yelled out “Who are you? Are you wearing underwear? Beatles or Stones?”

I told Charlie that I was sharing a Vueltabajo with Carlos Castaneda. Charlie replied that Carlos died in 1998. I looked at Carlos and said, “You’re supposed to be dead.”

“I know, I know. Publicity stunt to make the books sell better. I moved to Tijuana and opened up a melon cart. Didn’t make much but I scored with the ladies a lot!” His head was bobbing up and down like a typical braggart.

I am the one who introduced himself to you as “Carlos Castaneda”. The crazy old coot I got to play “Don Juan” for you is known around UCLA as Peyote Coyote, a former student of Carlos Castaneda’s, real name Phil Cohn.

Thanks for the free Vueltabajos. I guess I smoked you!

I am the one who introduced himself to you as “Carlos Castaneda”. The crazy old coot I got to play “Don Juan” for you is known around UCLA as Peyote Coyote, a former student of Carlos Castaneda’s, real name Phil Cohn.

Thanks for the free Vueltabajos. I guess I smoked you!

Agreed. I’m pretty sure that not only do I not have a clue what the Hell that was about, I’m sure not interested enough to buy those cigars

Agreed. I’m pretty sure that not only do I not have a clue what the Hell that was about, I’m sure not interested enough to buy those cigars

Wow! That released a long-suppressed memory of my time with Carlos. I’ll have to try the Vueltabajo and see what else I can dredge up.

Wow! That released a long-suppressed memory of my time with Carlos. I’ll have to try the Vueltabajo and see what else I can dredge up.

Allusions to books that I have not read in a long time works for me because it fits w/ my vague memory of them. Summing up, you say the cigar was pretty good. “Unmatched construction” is stupid because even if it is perfect, so are some other cigars. Thank you for a literary review.

Round Cigars vs. Box-pressed Cigars