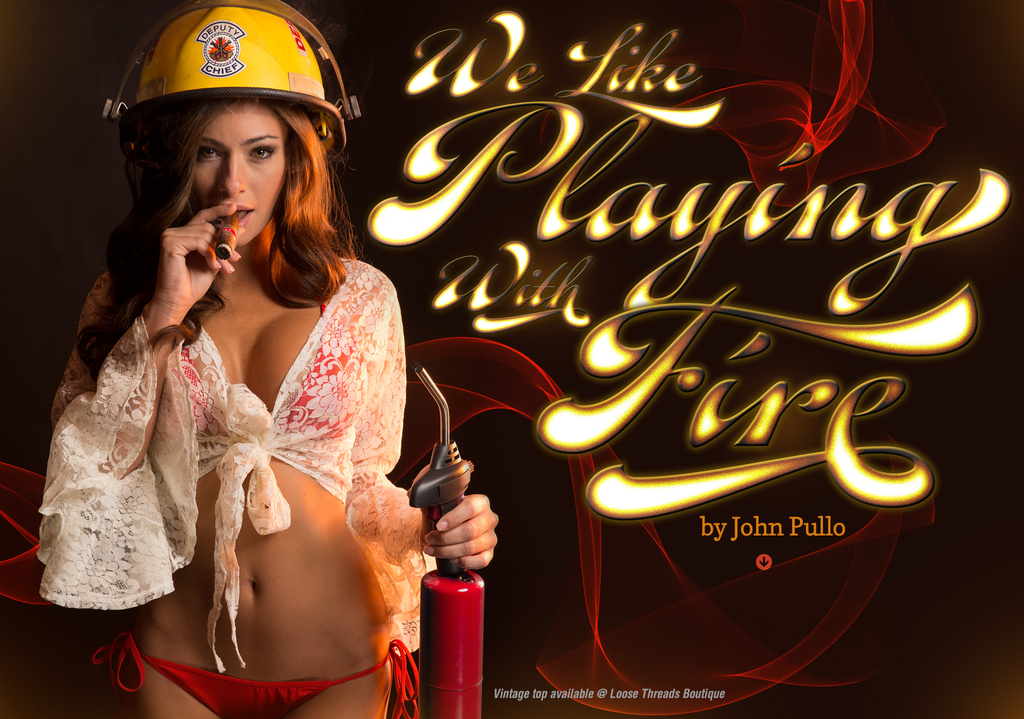 Say hello to Marissa. I think that’s her name, but I can’t be 100% sure – it’s been a few weeks since we were all introduced. So that’s the name I’m going to pretend she has.

Maybe you want to think that Marissa volunteers for the fire department down the street, rolling the cage of numbered-and-lettered ping pong balls, and calling the numbers at Fire Hall Bingo on the first and third Tuesday of every month. If that works for you, then sure – let’s go with that. It’s actually not far off the truth.

Actually, we first ran into Marissa while coming back from lunch after the most recent Cigar Advisor editorial meeting. The 4 other editors and I had just finished up our Tuesday ritual of brat sandwiches and $1.50 drafts at the local Liederkranz; she was on her way out of the Edible Arrangements next door with a cantaloupe-and-pineapple centerpiece for the next meeting of the International Viking Foundation, of which she happens to be a card-carrying member.

Now don’t get me wrong – judging by sweet Marissa here, the IVF are not your average bunch of friends hanging around eating turkey legs and wearing horned hats. A social club dating back three generations, they meet twice a month in the same space (above a violin repair shop) downtown that they have been for years. And it turns out the Vikings were holding their semi-annual cigar-and-lutefisk dinner that night to benefit Fire Company #2.

We all got to talking about the club, her fire hall benefit and what cigars she enjoys most. Full-bodied Nicaraguans, it turns out; which was music to our ears, since we had just sampled Inferno by Oliva. That’s when we dropped the bomb on her and said, “How about you do this photo thing for us?”

Of course, Jonathan went for checkmate by asking her if she smokes after sex, to which she replied, “I don’t know…I never checked.” Well, if that wasn’t awkward. Poor girl looked like she’d rather be abducted by aliens than come hang with us for the rest of the afternoon. I gave her my card anyway, expecting either a strongly-worded letter to our Editor-in-Chief or a delegation from the police department to be contacting us in the days moving forward.

So imagine our collective surprise when Marissa called and said, “Hey guys – if we can do it as a ‘thank you’ to the guys at the firehouse, let’s smoke some Infernos and make it happen.” So if you’re in the firefighting business, thanks from all of us for your service – and from Marissa, too.