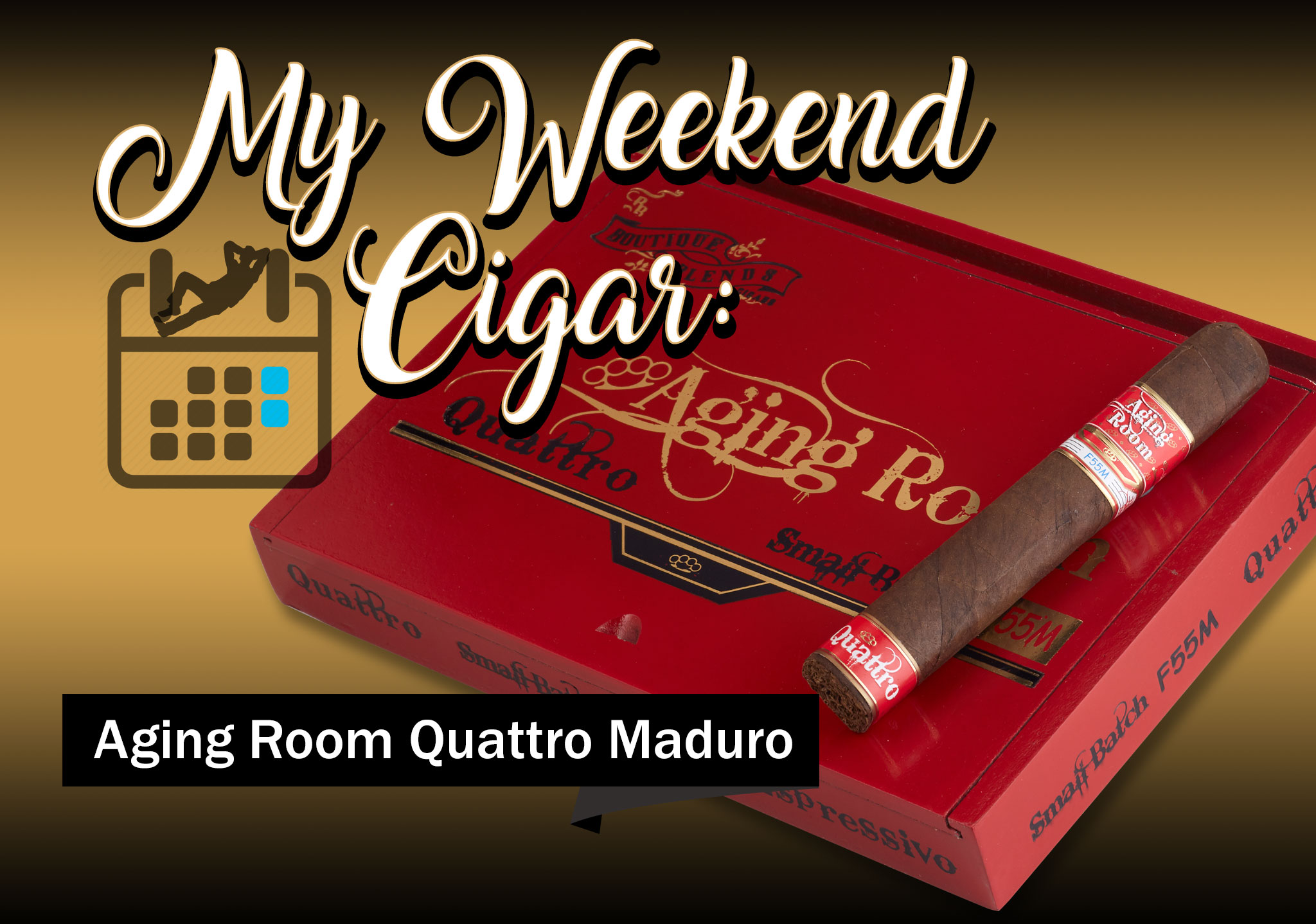 A Marvelous “After Anything” Cigar That’s Always In-Tune

This cigar had three things I liked about it even before lighting it up – a sweet Mexican San Andrés maduro wrapper, it was box-pressed, and it was made with tobacco grown by Jochy Blanco. During this particular Sunday evening I was en route to pick up my son over in New Jersey. Giving myself time to have a cigar, I stopped in at Leaf Cigar Bar to test-drive this handsome Aging Room Small Batch Quattro F55M Vibrato with a mug of strong coffee.

My Experience: Those of you who follow me know by now that I’m a sucker for well-made cigars rolled in top-grade San Andrés maduro wrapper, and since I’ve been a fan of Aging Room Cigars for some time, my expectations were high. The core blend is a recipe of perfectly-aged Dominican tobaccos grown by Jochi Blanco and rolled at his Tabacalera Palma factory in Santiago. As always, Jochi worked with Rafael Nodal and they came up with another full-flavored stunner. (This was my first, and the cigar was actually given to me by Rafael, which made it a little more special.)

The smoke was medium-full in body, offering a good volume of thick, ultra-creamy smoke that issued caramelized flavors of sweet tobacco, spice, nutmeg, and cedar, with the cedar leading the charge. I also liked the floral notes in the aroma, which always reminds me of Cuban cigars.

It paired beautifully with my coffee, and if I wasn’t going to be on a long drive afterwards, I would probably have paired my F55M Vibrato with something like a dark, long-aged rum or a fine Port, which I’ll be sure to do on my next go-round.

Suffice it to say . . . even though the smoke revealed additional notes of coffee, cocoa, and vanilla toffee along the way, the Aging Room Small Batch Quattro F55M Vibrato wasn’t as complex as I expected. However, it was incredibly consistent in terms of it’s creaminess, aroma and base flavors, not to mention the sweetness of the wrapper. Quite honestly, there are times when I’d rather have a cigar that’s solid in its flavor profile from end-to-end than one that meanders around. That said, there are plenty of delightful flavors to be had in the Small Batch Quattro F55M. To put it another way that Rafael might appreciate, it’s like a Stradivarius violin. Once it’s tuned, it sticks for the whole concert.

The Quattro F55M Vibrato was the perfect overture to my imminent drive, and I highly recommend it cigar smokers of all experiences for its outstanding construction, creamy smoothness, perfectly-balanced flavor, inherent sweetness, and floral aroma. If there’s such a thing as an “after-anything cigar,” this is it.