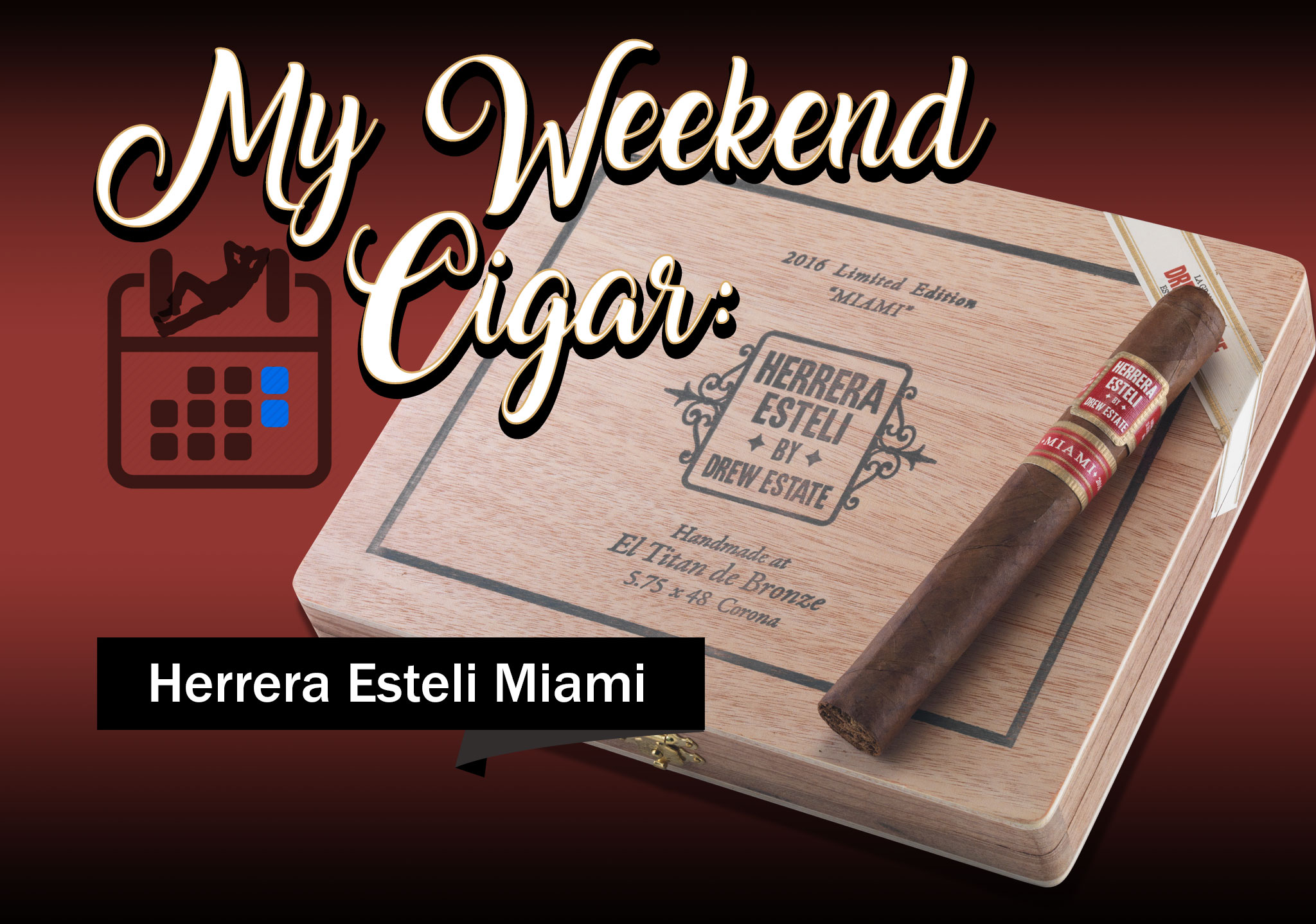 Why You Should Smoke a Special Cigar Like This

My girlfriend was away on business, so, on this particular Saturday night I headed over to Famous Smoke Shop for a smoke. When I arrived the place was packed. Of course! It was a Drew Estate event and the place was foggier than a London back alley in a Sherlock Holmes movie. I looked around at what everyone was smoking, in some cases asking, and this new Herrera Estelí Miami came highly recommended.

My Experience: I sat down at one of the store’s high tables and lit up. I’ve been a fan of the Herrera Estelí cigars made at La Gran Fabrica de Drew Estate in Estelí for a while now, but this Miami blend was that proverbial “horse of a different color” – and a different factory, too. The cigar, which features a second band clearly distinguishing it as “MIAMI,” is handcrafted at Willy Herrera’s former command post, the El Titan de Bronze factory on the famed Calle Ocho (8th Street) in Miami’s “Little Havana” district, and they did a magnificent job.

The wrapper is a stunning Habano Oscuro grown in Ecuador, but it’s not a pitch dark oscuro; rather, it’s more of a lighter, chocolate brown Colorado with some veinage, but the color was even all around and finished with a triple seam cap. Inside is a blend of Dominican and Nicaraguan long-fillers bound in an Ecuadorian Sumatra leaf. I also liked the dimensions of the cigar at 5¾” x 48, a Corona Extra, just short of a traditional Toro.

The first few puffs offered some pepper, earth and cedar. As the cigar cleared the first inch I noticed the brilliant white ash, while the smoke transitioned to a creamy toastiness that held-on to the nub. Notes of cedar, cocoa, nuts, and sweet spice were consistent throughout with some light peppery notes peeking-in on occasion, but the cigar was very well-balanced and markedly sweeter in the second and third acts.

Suffice it to say . . . the Herrera Esteli Miami is another one of those cigars you don’t have to analyze. Let it do its thing and you’ll be fine. What’s also nice about this humidor-worthy smoke is you’re getting an authentic Miami-made cigar that echoes the golden days of when Calle Ocho was lined with chinchales, little parlours where cigars were rolled fresh daily by Cuban exile families. There are still some around today in Miami, but El Titan is in a class all its own, and so is the Herrera Esteli Miami. Don’t miss this one.

Reading Time: 2 minutes The days may be cold, but the cigars are still hot, so we’ll focus on two new arrivals from Alec & Bradley and La Aurora. Check out what you can expect from them in these first-look reviews!

How to Make a Mojito + Cigar Pairing Recommendation