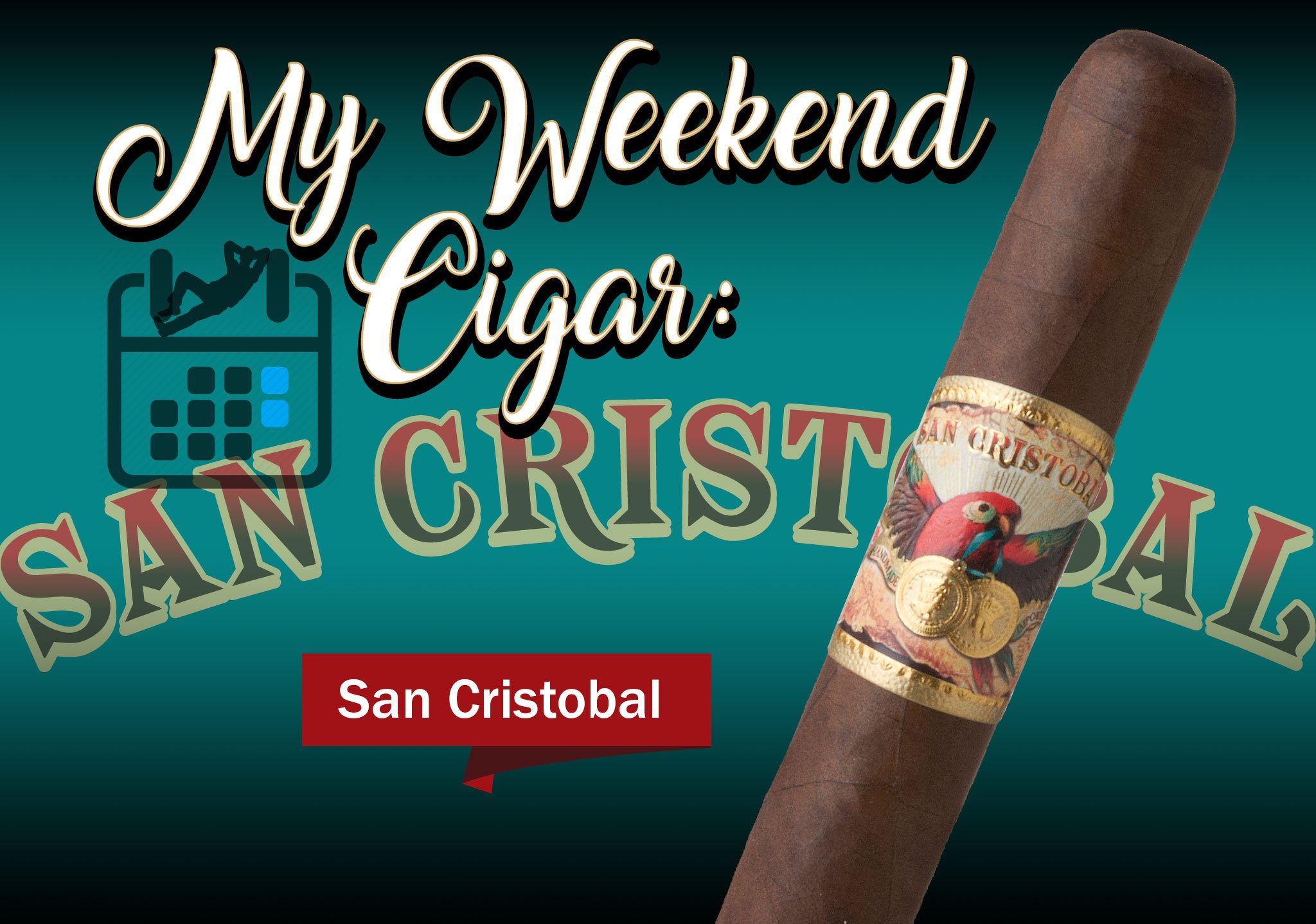 How to Discover a Great Cigar Brand: Start at the Beginning

My Experience: The San Cristobal Clasico has a lot going for it right from the start. It’s part of the Ashton Cigars stable, which is a pretty classy outfit, plus it’s made by the almighty Don José Pepin Garcia at his My Father Factory in Estelí, Nicaragua. It is a puro blended with estate-grown Nicaraguan filler and binder tobaccos rolled in an Habano Oscuro wrapper that looks like it’s been dipped in a vat of dark chocolate. The coup de grâce is the colorful, gilded-edged band dominated by a parrot with two medallions hanging from a ribbon in its beak.

In a virtual pre-light repeat of what I’d noted in 2009, the triple seam cap popped-off in a perfect circle and the cold draw offered that coffee and cocoa bean essence familiar to Padrón Anniversary 1964 cigars. After lighting, the creamy smoke issued its familiar earthy base notes of cedar and sweet spice.

The key difference here was my pairing choice. As I suggested in my original review of the San Cristobal Clasico, instead of coffee, I paired it with a good single malt, The Macallan 12 Year Double Cask. As the cigar entered the second act, its sweet and woody core flavors held a steady beat, but I also picked up more intense flavors of espresso, bittersweet chocolate, and the occasional berry-like note in the mix.

Suffice it to say . . . this was not the “one note aria” I referred to in ’09. The Scotch restrained some of the sweetness as I predicted, but its marvelous creaminess, excellent balance and honeyed aroma make the San Cristobal Clasico one of the great Nicaraguan Robusto cigars worth relishing, and an inviting gateway cigar to the entire line.

San Cristobal is a great line. Prefer the Revelation line to the Clasico. Great line that is affordable.

A real spice bomb! Unfortunately mine was rolled way too loose. Flaky ash with many touch ups. Otherwise great flavor. Not for beginners!

That sucks. Glad you were able to get something good out of it. The loose rolling may have also contributed to the spiciness, which could have been a harshness, too.
Hope you have much better luck next time.

Read More
Cigar Ratings & Reviews
This Nicaragua-made Trinidad is a heritage-brand cigar that Cubans would love - even though they might never admit it. My Weekend Cigar was the Trinidad Esteli by Plasencia: full-flavored and affordable, making it a perfect pick for smokers of any experience level. See the tasting notes in this quick review now!
Read More

5 Cigars That Made My Career: Jonathan Drew