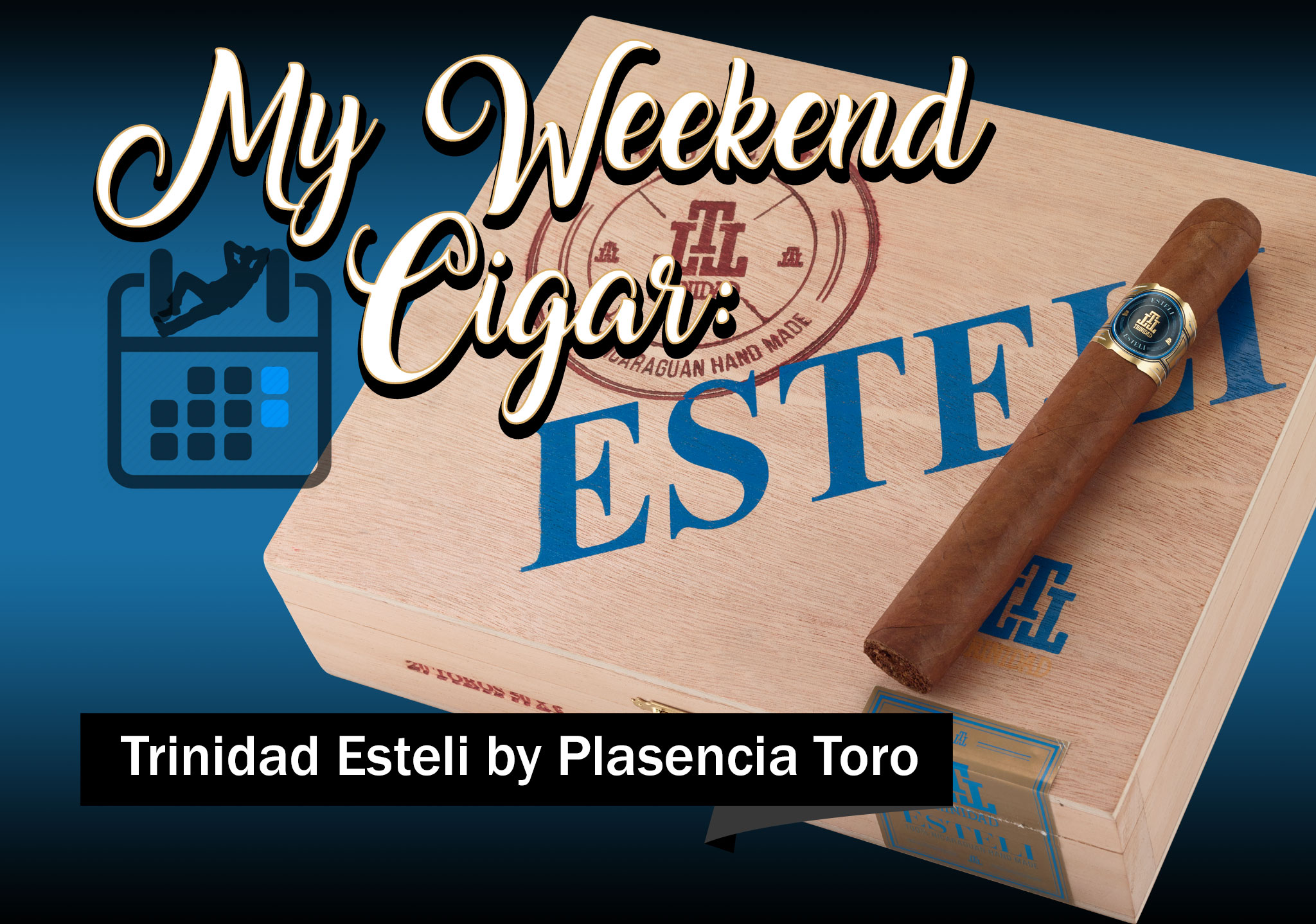 A Cigar that Cubans Would Love, but Would Never Admit It

This time out, I thought I’d go with a cigar that has the three key ingredients you want in a quality primo – great construction, tons of flavor, and reasonable price. Banded with an iconic Cuban cigar name, the cigar was blended and handcrafted by the iconic Plasencia family in Estelí, Nicaragua. Yes, it’s the Trinidad Estelí by Plasencia Toro.

My Experience: Fortunately, the weather cooperated on this particular Memorial Day Weekend day. Unlike many of the cigars featured in this series, the Trinidad Esteli Toro was still pretty fresh in my mind since it was recently reviewed on video by the Cigar Advisor Review Panel. The cigar gleams with opulence, especially when the sunlight hits that vintage Jalapa Habano wrapper.

This relaxing adventure began with a little earthiness as notes of cedar and sweet spice led the way. Velvety smoke ensued issuing well-balanced flavors of cedar and sweet spice mostly through the first act followed by tangy notes of dried fruit. Moreover, because I was smoking it outside, the floral aroma was much more evocative. Further down the line, other flavors such as coffee bean, caramel, and nutmeg poked their noses in.

Entering the last act, the smoke took on more depth, while the base notes of cedar and sweet spice continued to carry the weight. The body was closer to full, and at this point I began to let the cigar rest longer between puffs, which concluded with a one-inch nub.

Suffice it to say. . . having had several Trinidad Esteli by Plasencia cigars prior to this weekend’s edition, I’m really impressed by the consistency of this cigar. By creating a cigar that’s creamy, full-flavored, perfectly balanced, and affordable, Plasencia has not only displayed their gift for blending premium cigars, they’ve done justice to the Trinidad brand, and there’s something to be said for that. Finally, there is no cigar smoker, regardless of their experience, that I would preclude from smoking this cigar. Sometimes the term, “must smoke cigar” sounds a bit overhyped, but the Trinidad Esteli by Plasencia Toro really is.

im still a novice when it comes to cigars but i know what i like and i like this smoke. theyre everything the review says they are

I keep this in my humidor as my go to if I’ve had a tough day or I need a sure thing. These cigars I bought a box online for 80 ish and am in my second box which I got at a steal. I won’t name the price that’s how low it was. I’ve had the Toro the robusto and have the bellicoso on it’s way. You really need to try this cigar in order to understand why people rave about it.

That’s great Julio –
The Trinidad Esteli is a terrific smoke. Doesn’t get as much love as it ought’a, but that just leaves more for you and I. ;-)
G-~

I smoked two of these fine cigars. I found that both were larger in RG than published. My two Toros actually measured in at 54.
Although i enjoyed these sticks i would prefer this mild-med blend in a true 50-47 RG to enhance the effect of the mild wrapper. I felt this cigar would benefit from a slightly mor focused profile.

Correction:
My two Trinidads were Robustos supposedly 5×50 but in fact measured 5×54.