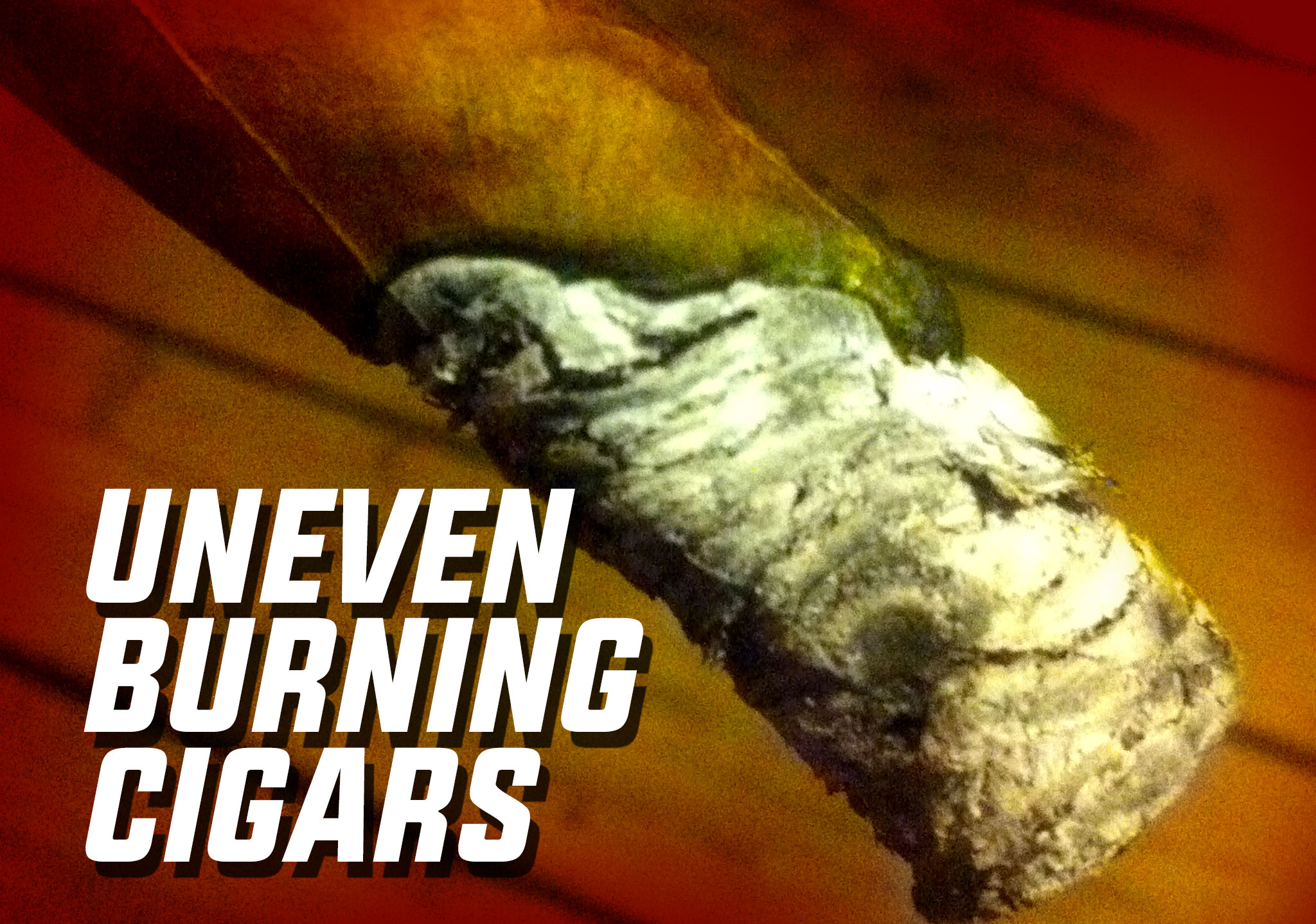 Q. I don’t know if it’s me or my cigars, but I find that they often tend to burn unevenly, leaving one side of the cigar longer than the other. Any suggestions?
– Ray in Madison, WS

A. What you’re referring to is a term called “canoeing.” In extreme cases, where several inches of the cigar are burning along one side, it’s usually a sign of a poorly made cigar. Before you light-up, feel for soft spots along the sides of the cigar. If you find a lot of them, chances are the cigar was not rolled properly and the air gap between the tobaccos will cause only the wrapper and binder to burn. If the burn is uneven by less than an inch, in most cases the cigar will eventually straighten itself out.

A good way to test the burning properties of a cigar is to light only one-half to three-quarters of the foot. (I’ve done this myself during sampling.) The cigar will start to burn unevenly, but more often than not, the foot will quickly right itself, which is the sign of a well-made cigar. Rotating your smokes between your fingers when you’re not puffing on them will also help prevent uneven burning cigars.

[…] the background. What has changed is that the flavors are richer and more pronounced. My samples had no burning issues, smoked clean with zero bitterness, and had an excellent draw […]

Will My Cigars Arrive Fresh?

Storing Cigars in Their Factory Boxes