A few days ago, while admiring the cigars along the Famous Smoke Shop retail store shelves, a colleague of mine said, “There are just too many cigars.” As I continued to browse, I thought about all the cigars I’ve smoked over the years, yet there were still a decent number of them I hadn’t smoked, and I wondered if I ever would. Then came this email from a customer with the subject line, “cigar bucket list,” which inspired me to write this post:

Hello,
I have a list of eight cigars I’m looking for and wondered if you carried them… 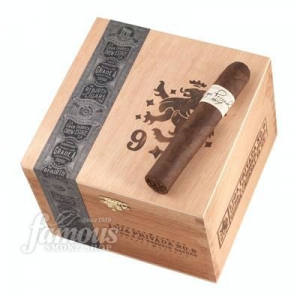 Now there’s a nice, tasty list if I ever saw one, and there are several cigars on it that I still haven’t gotten around to. Experienced cigar smokers will not only recognize the brands in the list, they’ll also recognize them as being pretty pricey, too. Well, why not? After all, it IS a cigar bucket list.

So, I went back into the store and began poking around, this time paying a little more attention, and realized that I had smoked about 95% of the cigars, by brand mostly, at least once. (I even felt a little sense of accomplishment.) So, I looked at the much bigger list of the cigars on our website, combined that with some web surfing, and finally came up with my own cigar bucket list. Since everyone seems to like Top-10 lists, here’s mine, in alphabetical order.

Since I don’t plan on dying anytime soon, the list will continue to grow. Along the way, I’m sure I’ll get to savor most of them and knock them off the list.. In fact, there’s one cigar I was going to put on the list – the Room 101 #305 – but thanks to a recent visit to our offices by Christina Eiroa (of Camacho Cigars),
he just happened to have a box of 101s with him. Who knows? Maybe I’ll get lucky and one or two more will fall into my hands by the good graces of another manufacturer, but I won’t hold my breath.

Remember, lets not scrutinize every cigar we have, bucket list or no bucket. I still like to take the sticks for what they are, light them and relax some better then others. I, for one, like the the Padron line, the big ring gauge kind. As always, lots of smoke on the exhale – FC.

Read More
Cigars 101
Culebras: those snaky-looking cigars, entwined in a set of three. Hard to find and rarely made these days, but they sure are fun to smoke, especially with two friends. Culebra cigars also have an interesting back story. We dig into what makes these time-honored cigars so unique, and demonstrate how to smoke them.
Read More

One of the Finest Cigars I Ever Had

How important is having a humidor, really?