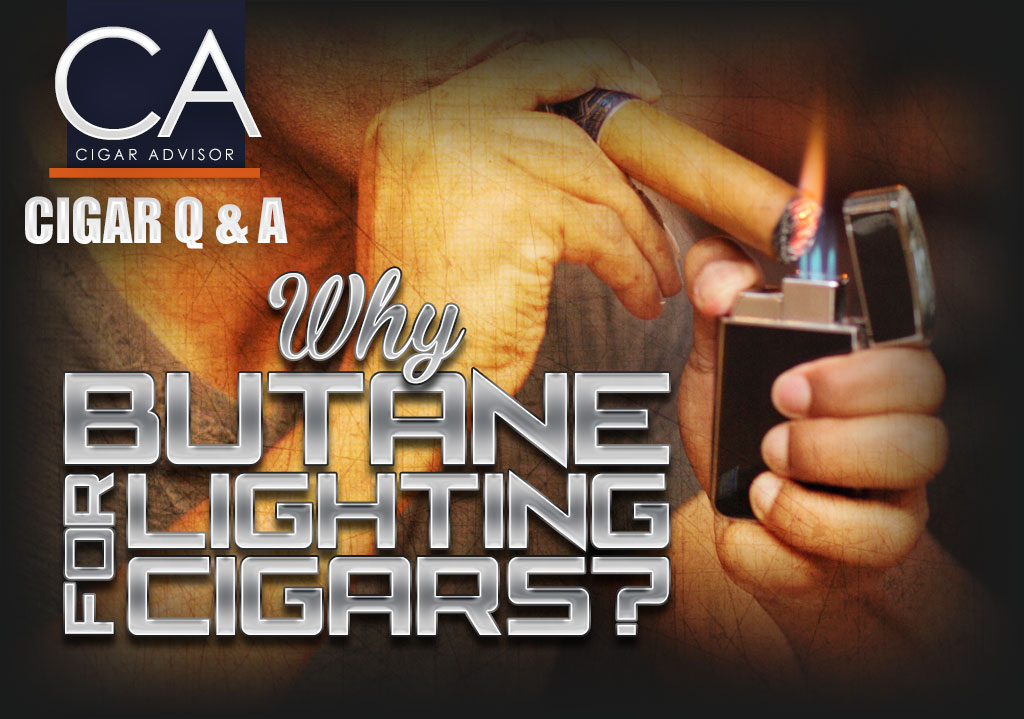 A. The primary reason is that butane burns “clean,” unlike lighters that use fluid, which tend to emit an undesirable odor. The logic behind this is the cigar may pick-up the odor from a fluid-based lighter, thereby adversely affecting the taste of the cigar. Moreover, the same logic would apply to paper book matches.

Actually, when lighting a cigar, you want to light it with as “focused” a flame as possible. That’s why blue flame torch lighters are preferred. But you have to be careful with them too, because  torch flame lighters are more powerful, so there’s a risk in over-toasting your cigar. If you really want to go the “cool flame” route, cedar stick matches and spills actually burn cooler than lighters.

Regardless of your lighting source of choice, the trick is to keep the flame from making contact with the tobacco by holding the flame about a quarter to an half-inch away from the foot. Don’t worry, there’s plenty of heat to get your cigar toasted and lit without burying the foot in the flame. At the end of the day, your cigars won’t pick up any undesirable odors, and they’ll taste better, too.

Read More
Cigar Buying Guides
Cigars have always had their place in the Oval Office; in fact, between the Civil War and WWII, more Presidents smoked cigars than not. An important part of politics, cigars were often given out by or to hopeful candidates. Celebrate President’s Day with these 3 former Presidents who smoked cigars.
Read More

How to know if your analog hygrometer is really working