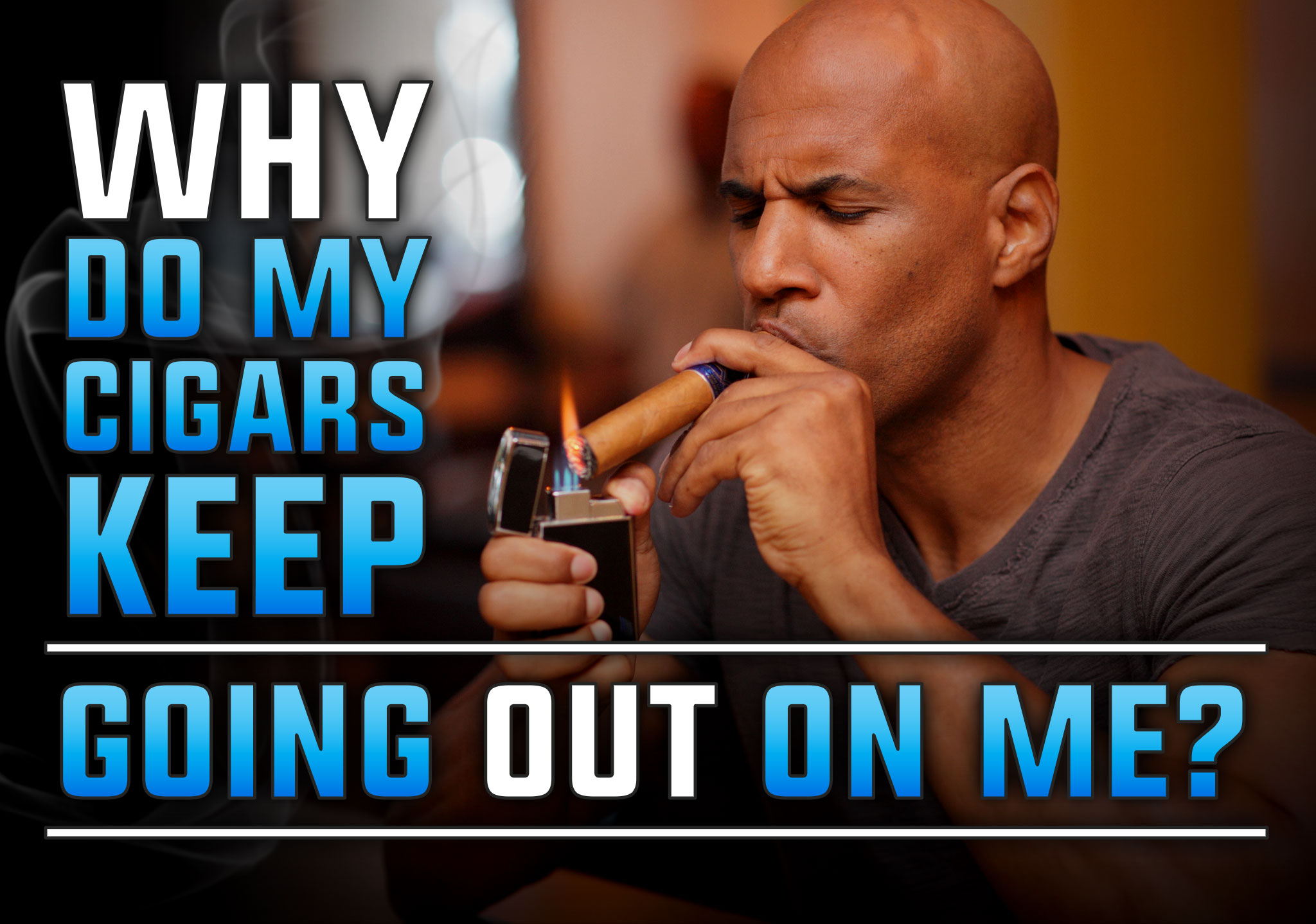 Why do my cigars keep going out on me?

Neither retailers nor the factories do anything to the cigars that would cause them go out prematurely. Coincidentally, I recently had a cigar that kept going out almost every time I put in in the saddle of the ashtray. It was also a 60 ring gauge, which could have had something to do with it. That’s a lot of tobacco to keep lit. As you know, unlike cigarettes, a cigar will go out if left unattended. So, if your cigars keep going out, here are a few pointers which may help you:

Another factor could be the cigars had a too much ligero in the filler; the binder was either not properly cured, or it was improperly bunched. Ligero is very oily and will burn poorly if not aided by the binder. Or, it could also have been the wrapper was too moist, too oily, or a combination of all of the above.

All sound advice .
I have been smoking hand rolled cigars for 50 years and some , even good , cigars are “blocked” which makes them difficult , even , impossible to draw . The only thing to do is throw it away .
“Toasting” a cigar is holding a flame to the (lighting) end without drawing on it this ensures when the cigar is lit and drawn on it lights fully and all over .
Some cigars are a heavy draw and may not suit you try a different one . You can buy “samplers” from good suppliers on the internet .
Sometimes a short puff followed by a normal draw dos’s the trick Anyway just keep puffing and enjoy .

Reading Time: 7 minutes Discover which Perdomo cigars rate best with cigar smokers like you: All nine selections are 4-5 stars, and have made Perdomo one of the worlds’ most popular premium cigar companies. Read on and see if any of your favorites made the cut…

Turn It Up to Eleven