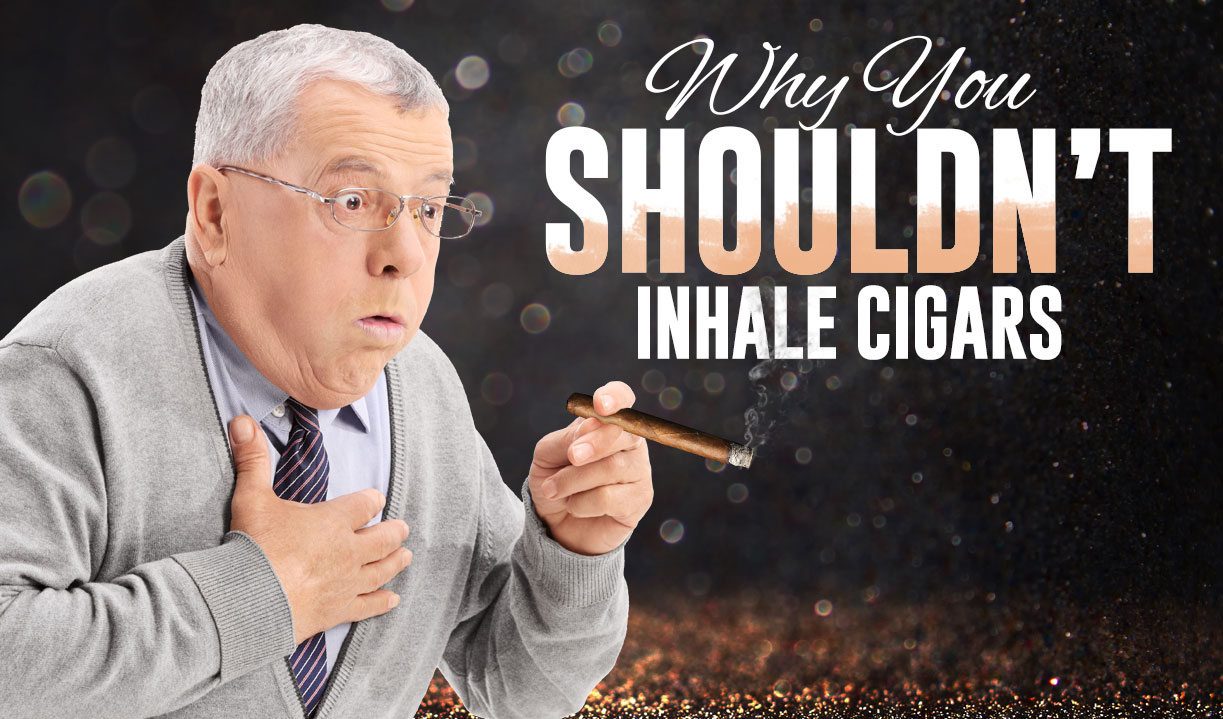 A few days before writing this post I met a couple of girls in their twenties, both cigarette smokers, who had never smoked a premium handmade cigar. Besides being curious about cigars, one of the girls thought switching to cigars might help her quit cigarettes. They were each given flavored petite coronas, one vanilla and one honey, respectively.

First, I showed them how to cut, toast, and light the cigars, and told them not to inhale. They loved the aroma and the taste of the cigars’ sweetened tips. Yet, when it came time to puff, they instinctively inhaled. One of the girls said that inhaling the smoke wasn’t so bad. I told her it was likely due to the fact that the cigar was also very mild, but if she continued to inhale, she would probably get an upset stomach. The other girl tried not to inhale, and after a few puffs got the hang of it. In the end, both were quite pleased with their experience. Moreover, the girl who wanted to quit cigarettes seemed convinced that she had found a solution, and was looking forward to her next cigar.

CigarAdvisor polls taken over the years have shown that a certain percentage of cigar smokers do inhale. I had a friend some years ago who did what I called the “double whammy.” He smoked at least a pack of Marlboro Reds a day and several full-bodied cigars, which he also inhaled. It just didn’t bother him.

Speaking from a “traditional” standpoint, inhaling is not recommended nor necessary for enjoying premium cigars. If you believe inhaling a cigar will give you the nicotine rush you crave, relax; the cigar will supply you with plenty of it. That said, the nicotine content of well-fermented and aged cigar tobacco is actually lower on average than cigarettes.

The reason cigarettes (RYO excluded) are easily inhaled has to do with how cigarette tobacco is cured, the chemical additives, and filtered tips, all of which actually lower the temperature of the smoke.

Handmade premium cigars are made from all naturally-cured, fermented and aged longfiller tobaccos. As a result, the smoke tends to be hotter and thicker, even in mild cigars. If inhaled, especially by those new to premium cigars, doing so may result in an earthshaking coughing fit, a sour stomach, or worst case, damage your lungs.

Though the inhalers out there may differ, try to resist inhaling. If you want to fully enjoy a good cigar, simply pull the smoke into your mouth gently, allow your palate savor the flavors and aromas, and blow out the smoke.

Thank you!!
I found this to be very informative!!

The Right and Wrong Way to Extinguish a Cigar