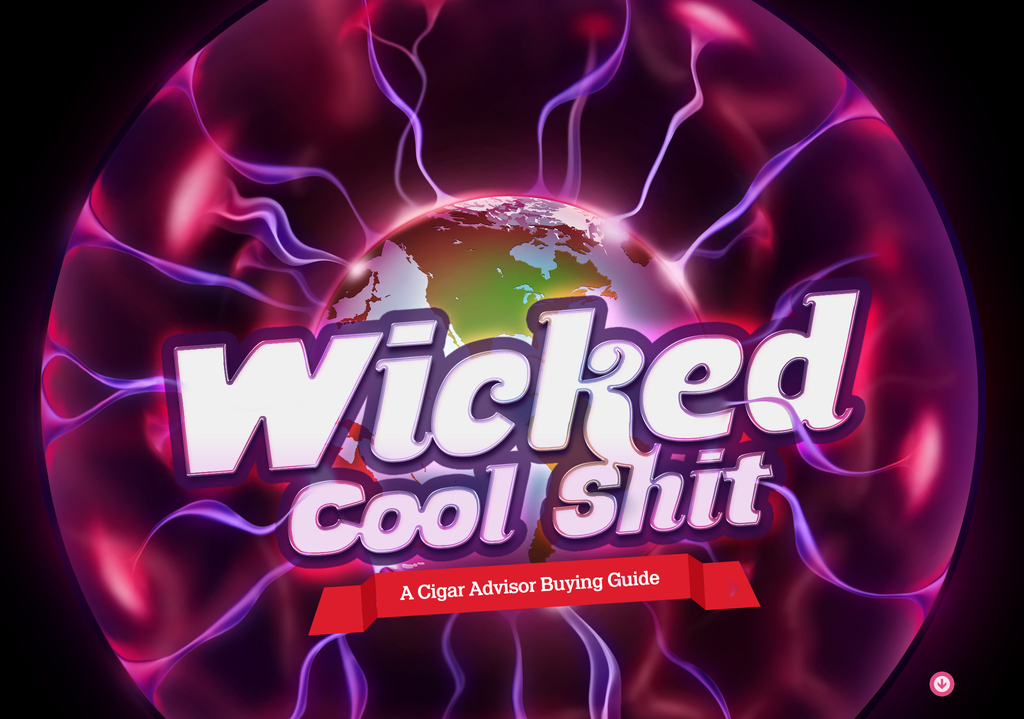 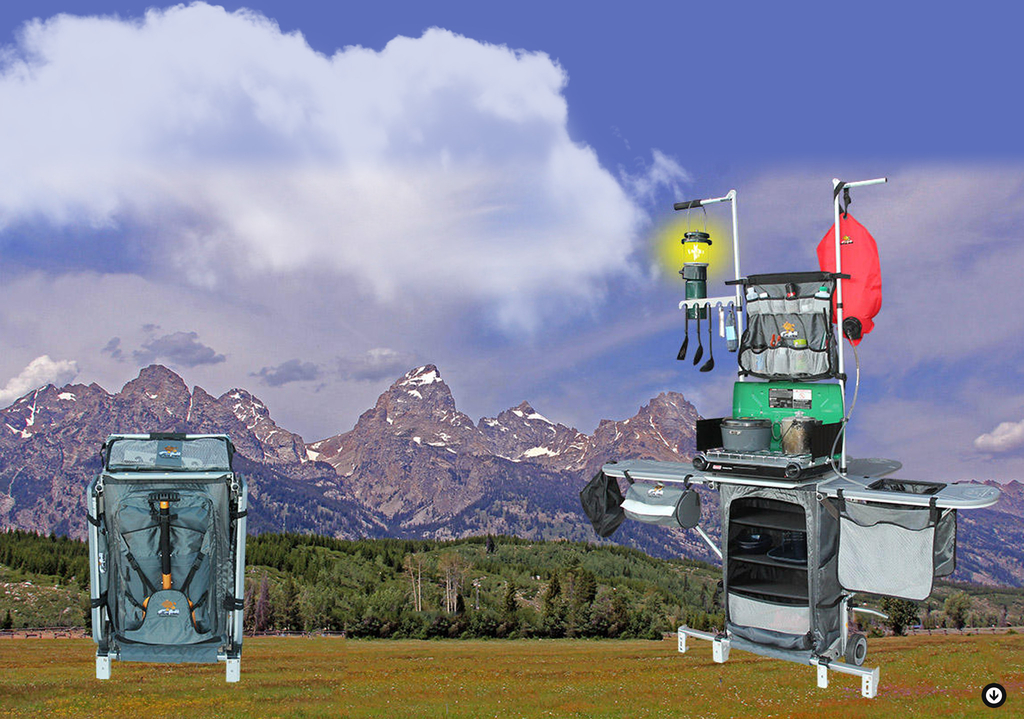 Or, “the tool you need to make Mother Nature your bitch.” Designed for cooking in the great outdoors, we like the Grub Hub better for tailgating – but whatever your pleasure, this little kitchen-in-a-box will step up your game faster than the Ginsu knives fly on Iron Chef. So whether you’re whipping up a stew while strolling up the Himalayas or want to cook a 72 ounce sirloin before you start screaming smack at a football game, bring the Grub Hub Camp Kitchen. It only takes you three minutes to get it going, which means you can go from backpack to grilling to stuffed faces in no time at all. Armed with tables, stove and lantern supports, the Hub even includes a collapsible sink and utensil rack – so your old lady can’t skip out on her duties, just because you’re not in the “real” kitchen. 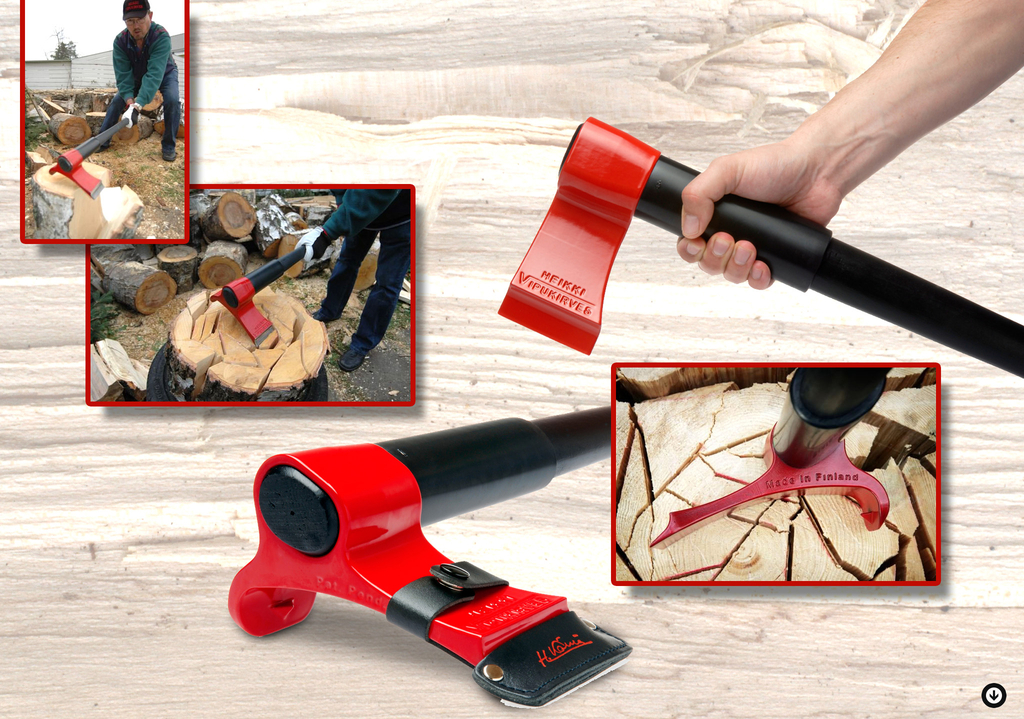 Pyhaan Perakorokekansi! Or, how they say “holy crap” in Finland – and probably what they said, the first time someone used the Vipukirves Axe. Tapping into his Nordic roots of building battle-axes the size of small cars, some nutty Finn has obviously taken time away from wrestling bears and growing a long beard to create a tool that would make the best defense against a zombie apocalypse. It’s so badass, you can’t even pronounce its name without suffering a slight heart murmur. We can all agree that the real man chops his own firewood; but this piece makes the process more efficient, cutting axe time down from one hour to 10 minutes. The Vipukirves was designed specifically to wedge into the log you’re cutting and peel individual pieces of wood away like a piece of string cheese. This means no more chopping, bending over, chopping, bending over, and on and on and on. For an added bonus, it will terrify your neighbors when you put on your lumberjack show in the backyard this winter. 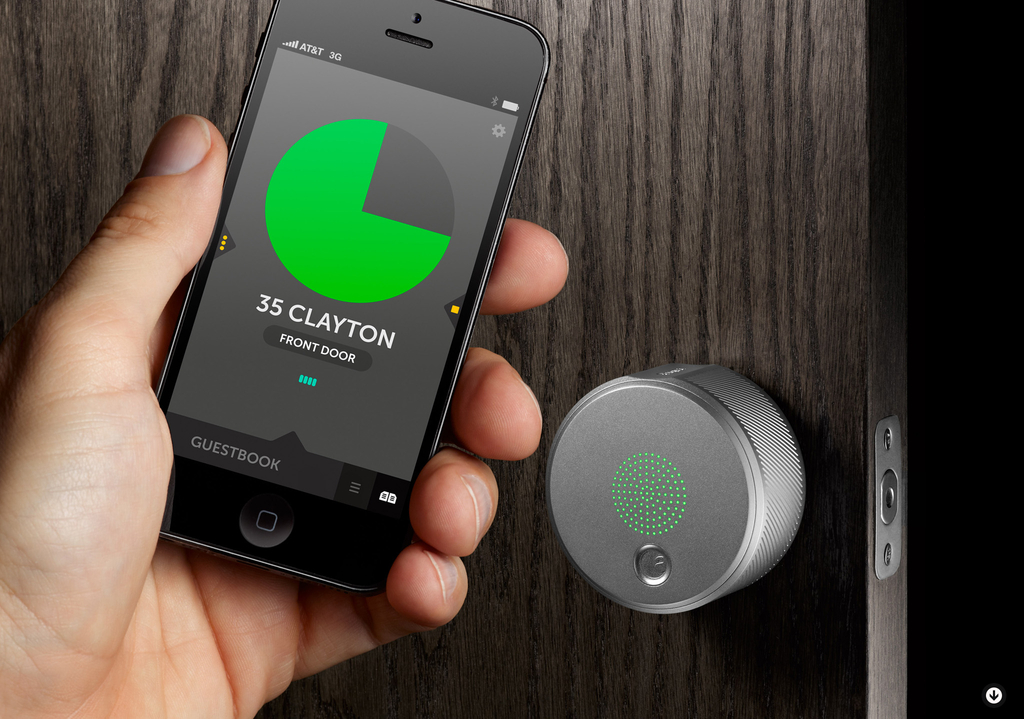 If you’re like us, you most likely have your fair share of crazy ex-wives who try to “liberate” all your good stuff while you’re at work earning her alimony checks (believe us, this isn’t our only gig). Her job is made a whole lot easier, too, if she split with your house key and can get back in and out with no hassle whatsoever – because you forgot to change the locks. Keep her, and the rest of the crazies, out of your life by installing the August Smart Lock. Simple to install and powered entirely by battery, this Bluetooth enabled device is linked up to your smart phone so you can give certain people access to your house through an app on your phone. Once they are in distance of the lock, the door automatically opens – and you get a notification when they come and go. So go keyless with August, and keep the riffraff out. 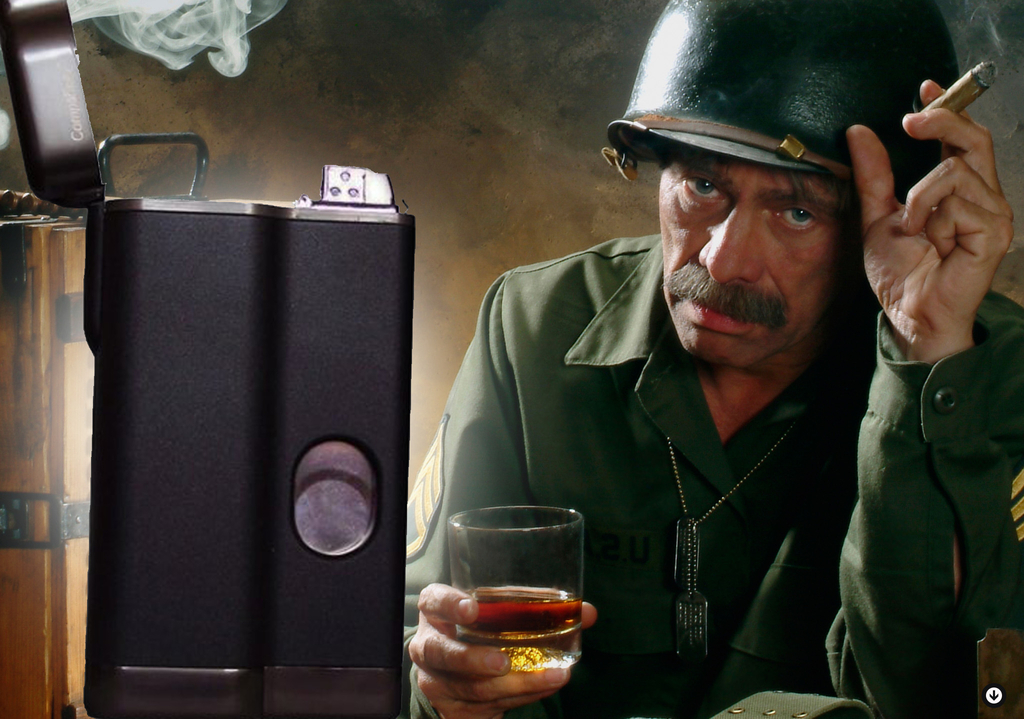 The mother of all cigar accessories has been invented; you just hadn’t heard of it yet. Until now: the Companero is a cigar and booze multi tool, much like a Swiss Army Knife, only more for the serious on-the-go cigar smoker/wilderness adventurer. Let’s say you have a long hike to camp ahead of you – you really want to dig around in that pack for your cutter, a lighter, a little shot of booze, and travel humi? “Screw that,” is our official response (you can quote us). This is where the Companero comes in – it has a cedar-lined case that holds most cigar sizes, dual-blade cutter, torch lighter, and stowaway flask. Base camp just got a little bit better, as you’re free to smoke outdoors again. Just don’t tell Smokey the Bear. That furry bastard will try to pin a wildfire on you. 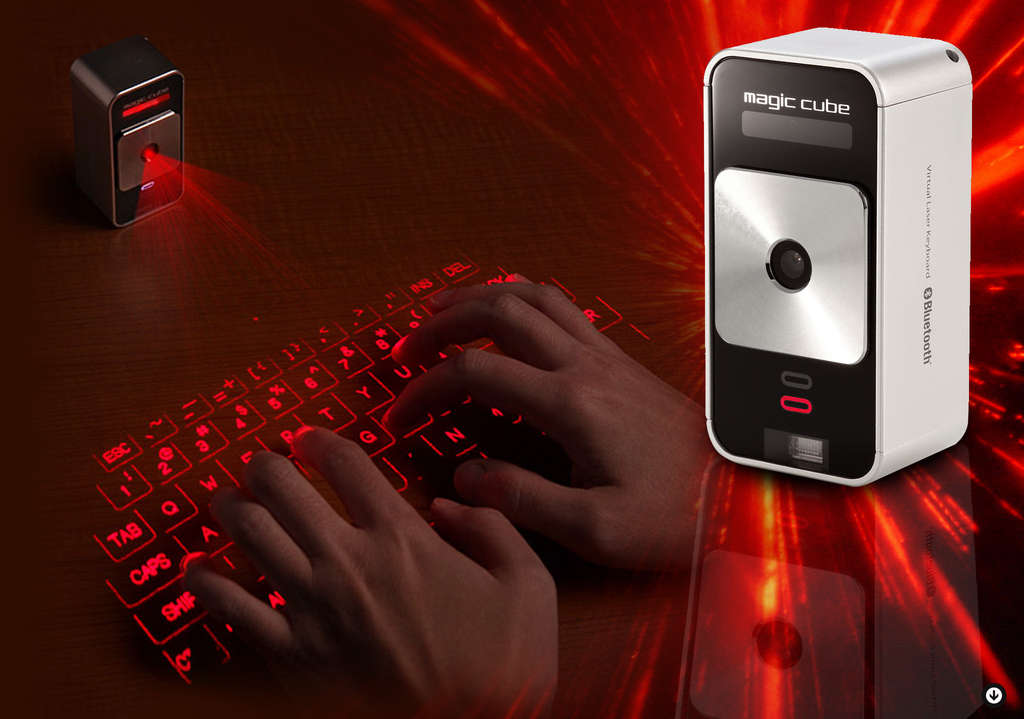 Everything is getting smaller. Desktops gave way to laptops, and even those are now considered old and busted. Today, it’s all about the tablet…but typing out your 3400-word manifesto in the corner booth of a seedy bus station coffee shop is only made harder by the on-screen chiclets they call “keys.” Enter the Magic Cube: fitting easily in your pocket, the box links up effortlessly to your device via Bluetooth. But once you turn out the lights, this little cube of goodness comes alive and projects (via laser light) a fully functional virtual QWERTY keyboard on any flat surface. Optical sensors on the projector track the motions of your hands closer than the bouncer in the doorway of the VIP room at a strip club. End result is the ability to type, amend documents and poke out email – making you productive anywhere you go. Which is a double-edged sword, of course. 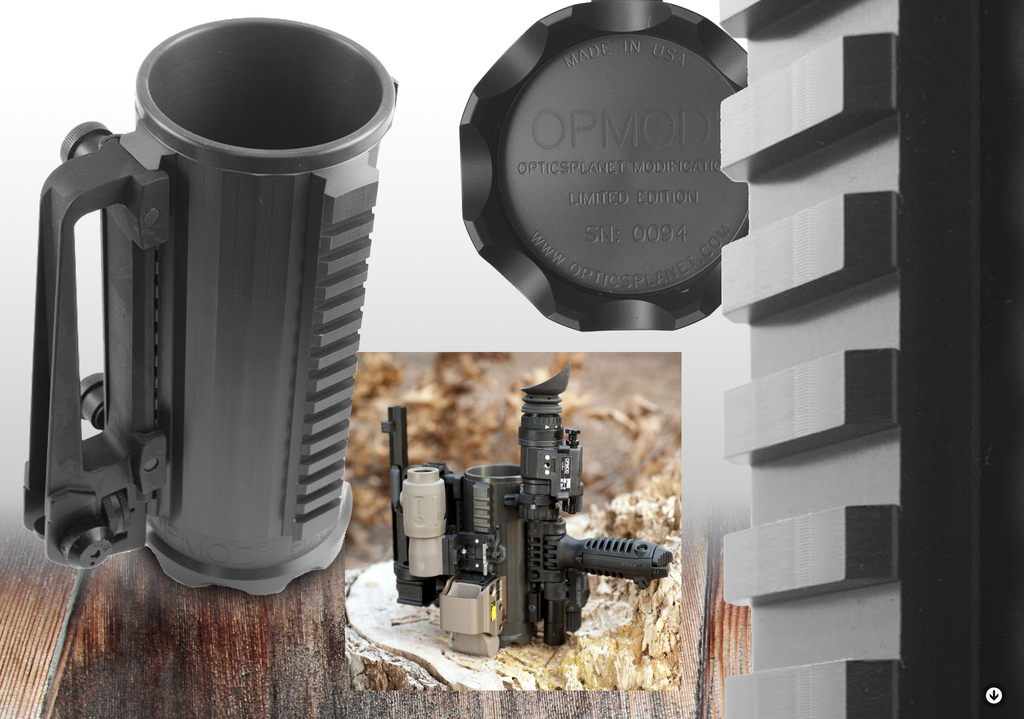 The Tactical Beer Mug is perfect for downing some suds while safely satisfying your inner firearms enthusiast. Milled from a solid block of aluminum, you get a grip on this beer stein via the real AR-15 carry handle. But just as the Army supports the warfighter with versatile tools, the good people behind the OPMOD added 3 mil-spec 1913 Picatinny rails. Each rail, mounted on a side of the mug, holds any weapon system-related accessory. Do you want a holographic site on your mug? Hey, a couple mugs of beer and things get a little fuzzy, after all. Tack it on! How about a stabilizing tripod? Why not? All we know is that if you love foam and firepower, hunker down soldier; embrace the kick-assitude of a full metal jacket brew. 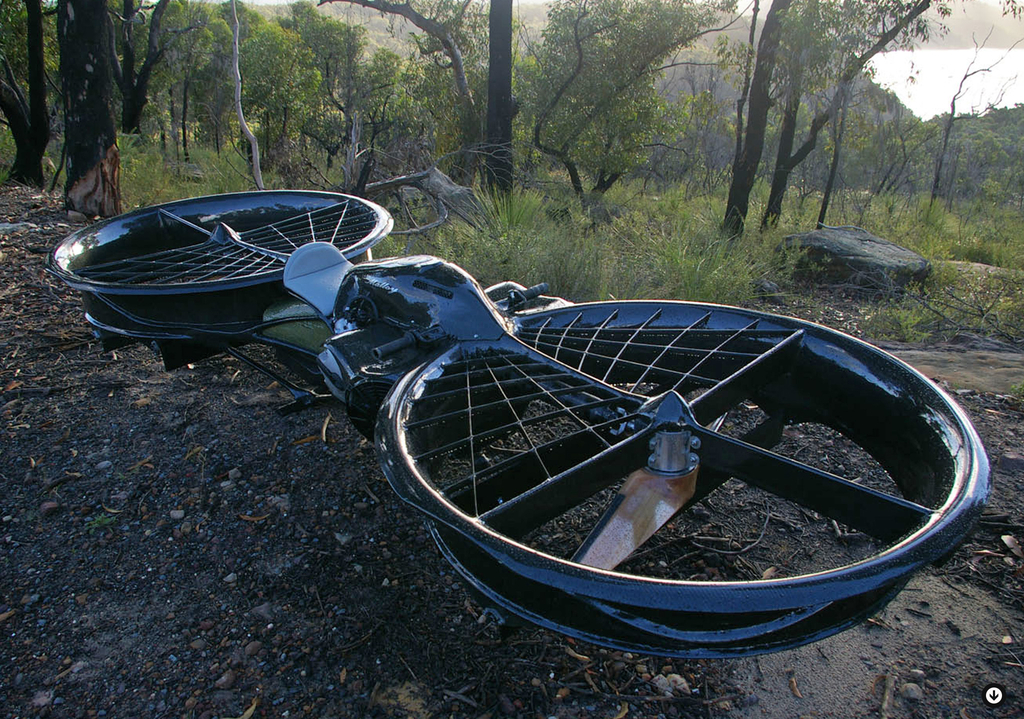 The Hoverbike is the result of futuristic dreams, technological wonder, and a long-unemployed engineer. Hailing from the land down under, the Hoverbike’s purpose is to get from point A to point B in the fastest/safest way possible without hitting any Kangaroos, all while looking as badass as possible. The whole contraption runs on a flat-twin 4-stroke engine and unleaded fuel; how could it not turn heads at the pump? Also a fantastic conversation starter: “Ladies, how would you like to ride on my Hoverbike?” Okay, maybe not a great topic for a pick-up line…but you get the idea. The best part is it can support up to 286 pounds before crashing into the ground, so it fits most fat-asses that try to waddle on up to the driver’s seat. 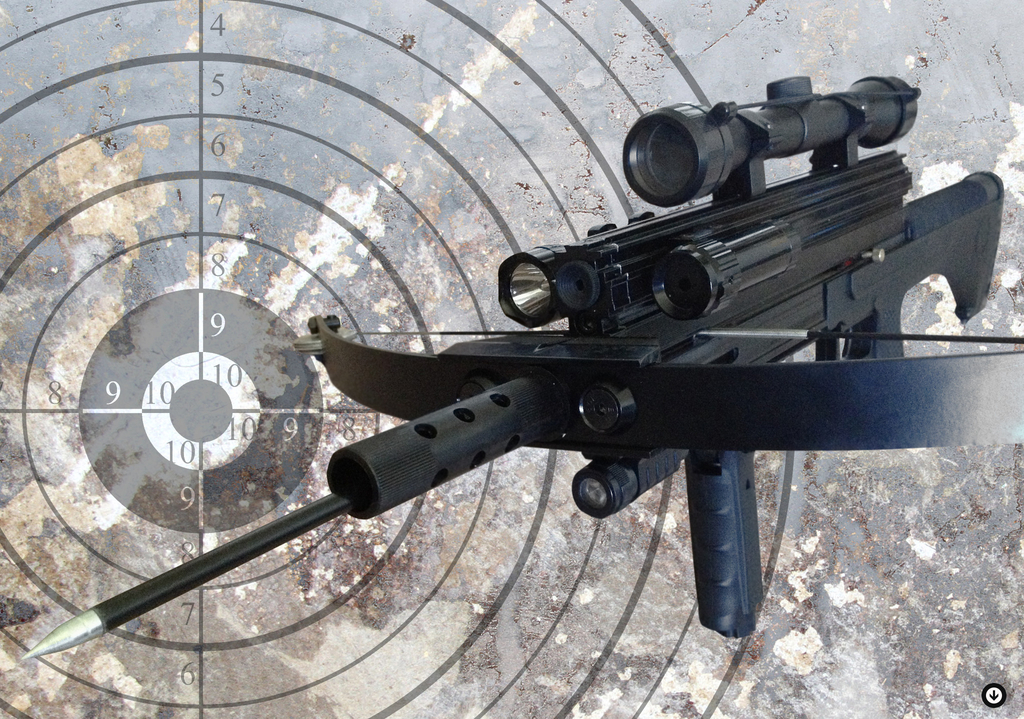 Hunters, rejoice. The M4 Tactical Crossbow fires with 180lb of gut wrenching force and comes equipped with a sniper scope, red dot laser sight, LED flashlight, and blue SWAT light attachment, not to mention a magazine that holds up to 180 steel balls and has the capacity to fire featherless arrows. This crossbow not only offers you the upper hand while out hunting small game through it’s silent discharge, but the scope and red dot sight give you extreme accuracy that can help you take down a tick between the eyes at 100 yards… or your neighbor’s inflatable pool raft while he’s passed out on it. That’s what you get for stealing my newspaper, Jim. Don’t cross me. 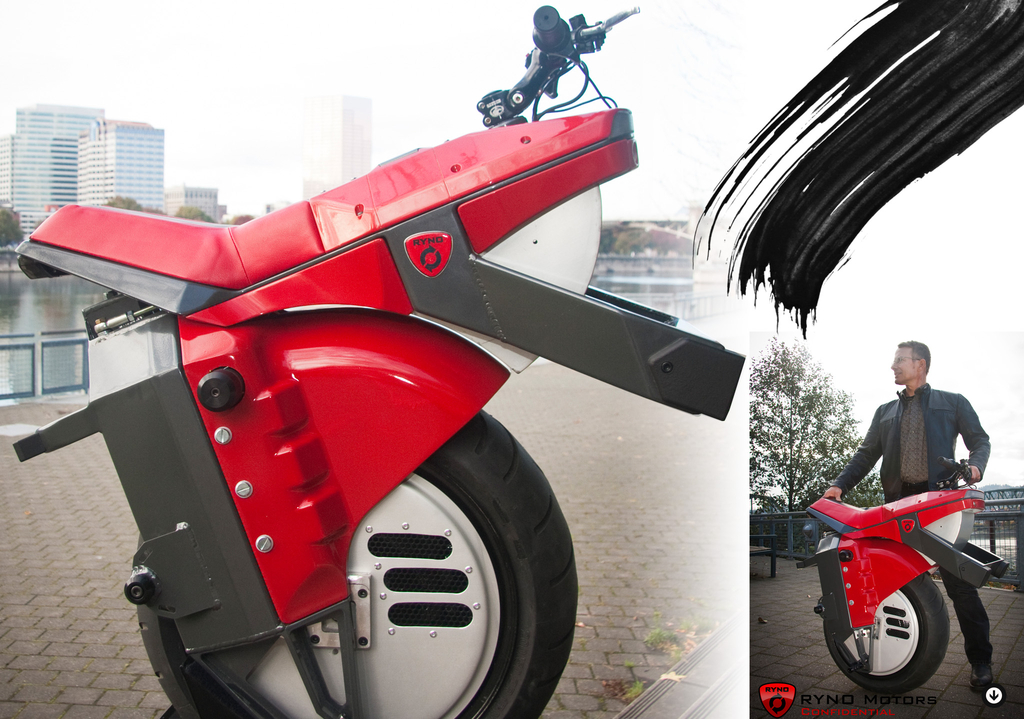 The RYNO One Wheel Motorcycle is for the unicycler (unicyclist?) who doesn’t really want to learn how to ride a unicycle, but still wants to get where he’s going fast. Top speed is around 20 MPH; what you don’t realize until it’s too late is that doing 20 MPH on one wheel is terrifyingly fast. This wheelie is designed with self-stabilizing technology, and runs on lithium-ion batteries that give you a 30-mile range before needing a recharge. RYNO is meant for short distance commuters, so we guess this appeals to you tree huggers in Portland, which is where this is made. A cool concept that would be even cooler, if Evil Knievel jumped some busses with it.

Reading Time: 6 minutes No matter what size cigar you’re enjoying right now, it probably started its life as a Corona. Check out some brief history on what makes this classic size so important – plus our list of the Top 10 Coronas you can get for less than 10 bucks!