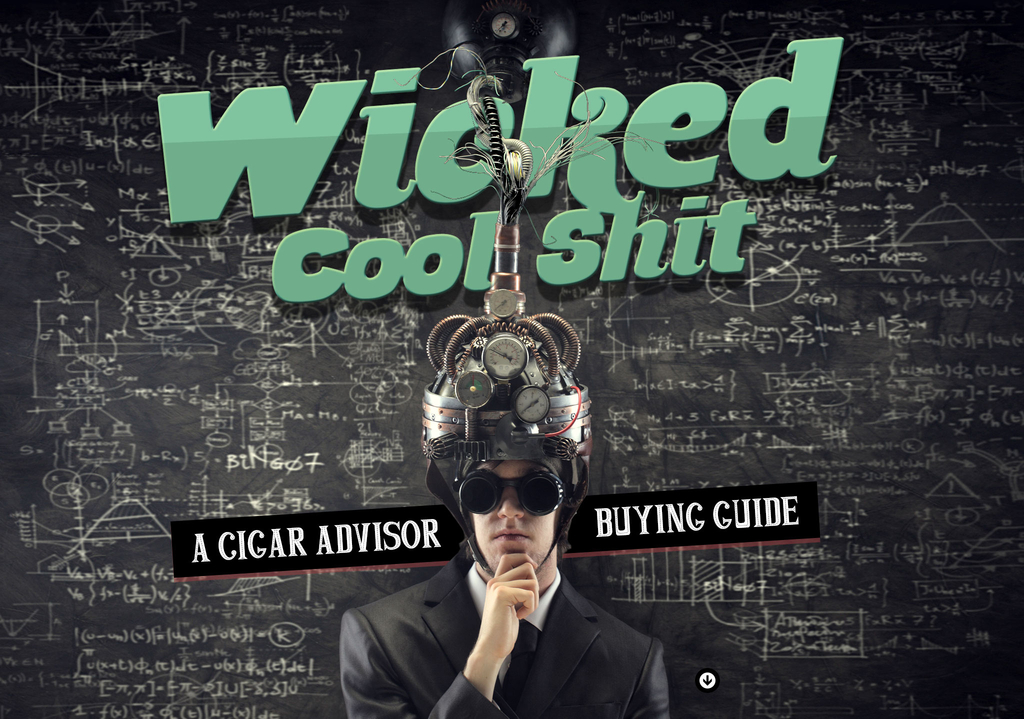 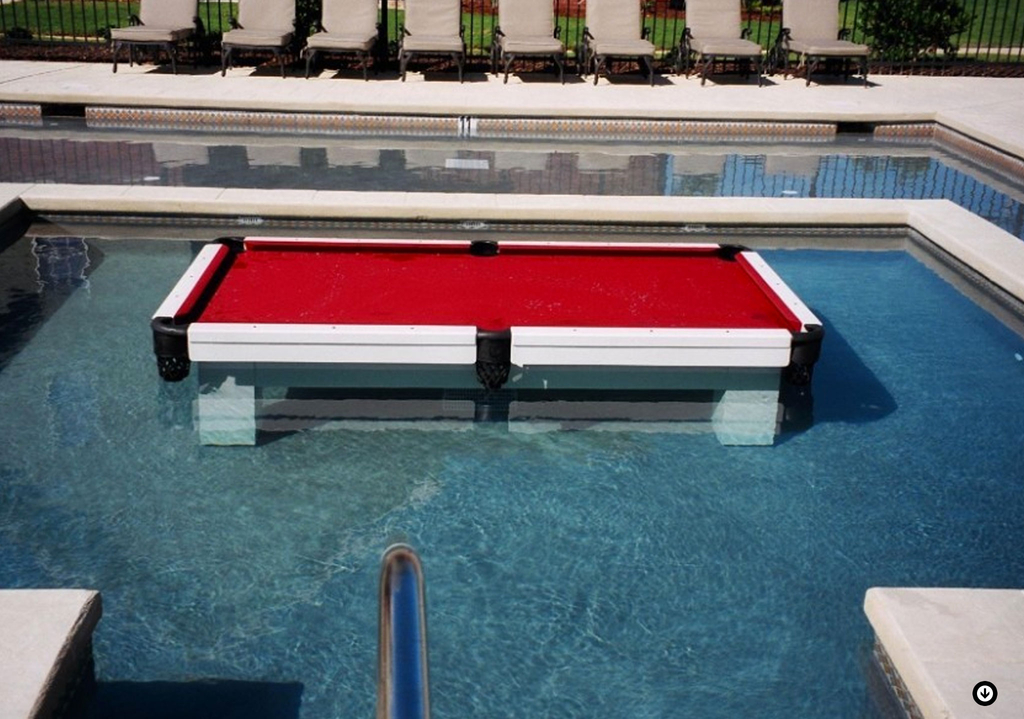 Last summer in the pool: “Oh hey, let’s all float around for a little bit and post pictures on Instagram holding Piña Coladas pretending we’re having a good time.” What was worse was when Mee-Maw photobombed you, wading through her senior water aerobics routine in the background. It’s time to take back the pool – by playing pool. That’s right, a waterproof billiards table that you can just huck into the pool and start playing. Add some beers, rack ’em up – and you just might bring out Mee-Maw’s inner pool shark. 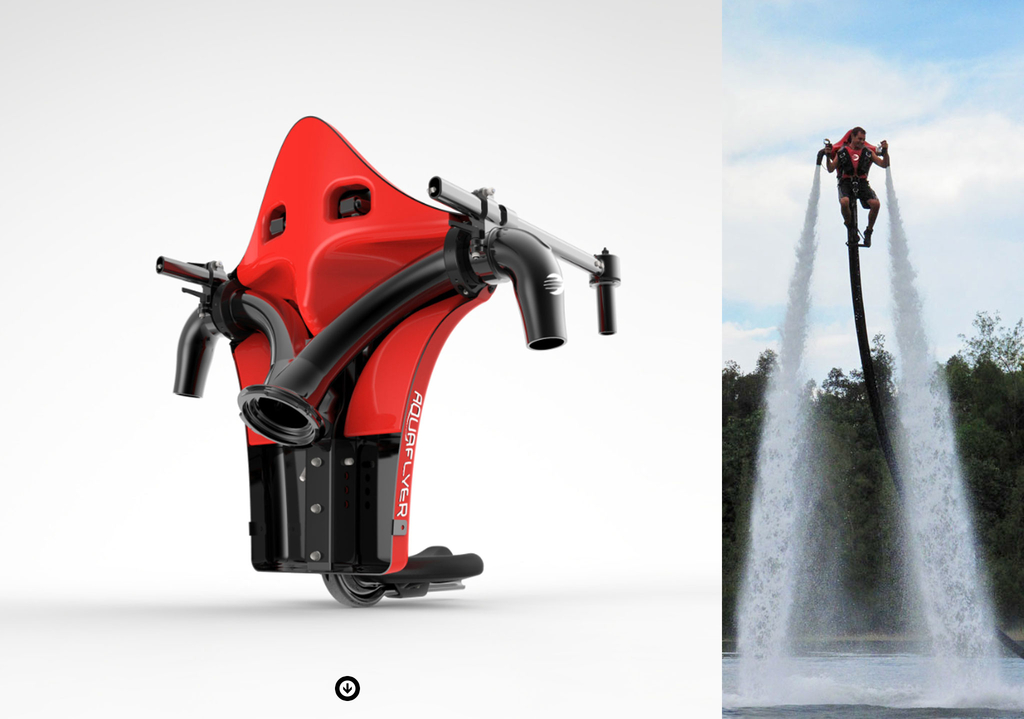 What grabbed our eyes immediately as we debated including the Jetlev in Wicked Cool Shit, is that their own website characterized it as “thrill experience equipment.” Which immediately satisfies the Cigar Advisor bodily injury risk/risk-reward formula for success. So skip the usuals on your next trip to the lake: renting a boat, riding on the rope swing, or cliff jumping. The Aquaflyer attaches to your Yamaha, Sea Doo or Kawasaki personal watercraft in mere minutes, then shoots you 30 feet into the air. Yes, jetpacks are very real and they’re way too much fun. 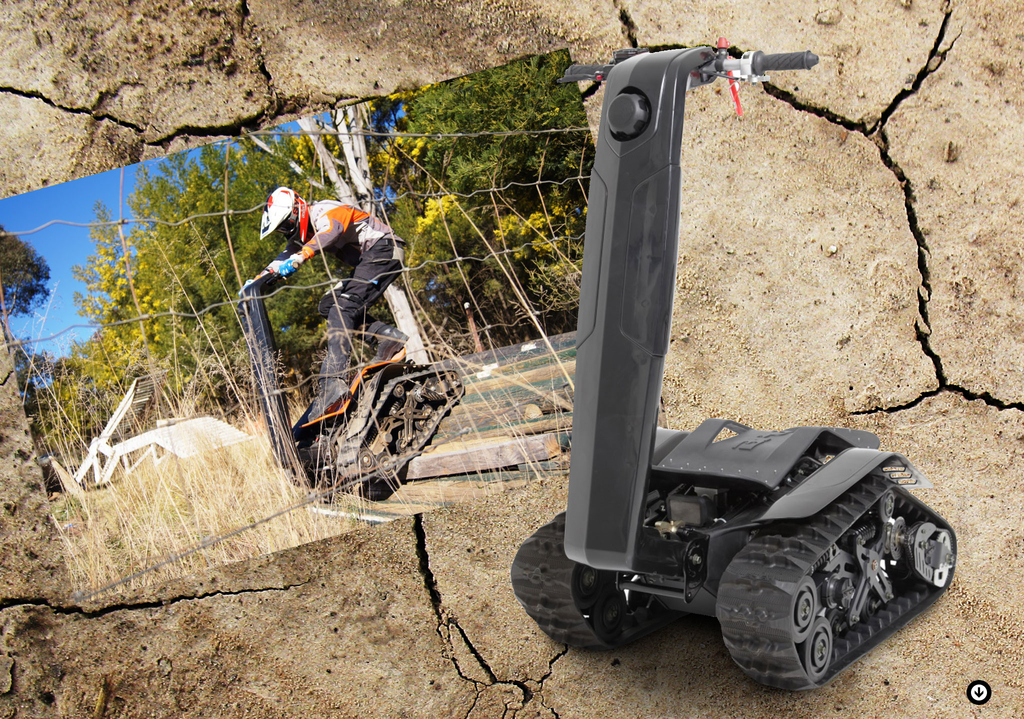 Suck it, Segway: the DTV (Dual Tracked Vehicle) Shredder all-terrain personal vehicle has arrived. While a simple Segway only provides about a half horsepower output (maybe more in its effort to shuffle around the huskier mall cops) from its compact electric engine, the DTV Shredder features a gas powered, 13hp, kick-in-the-face engine that powers two rubber tank treads through snow, gravel, dirt, and giant (but shallow) rivers at a top speed of 30mph. Think of it as an ATV/snowboard/motocross/Jet Ski/skateboard hybrid that runs pretty much anywhere, as long as “they” don’t catch you. 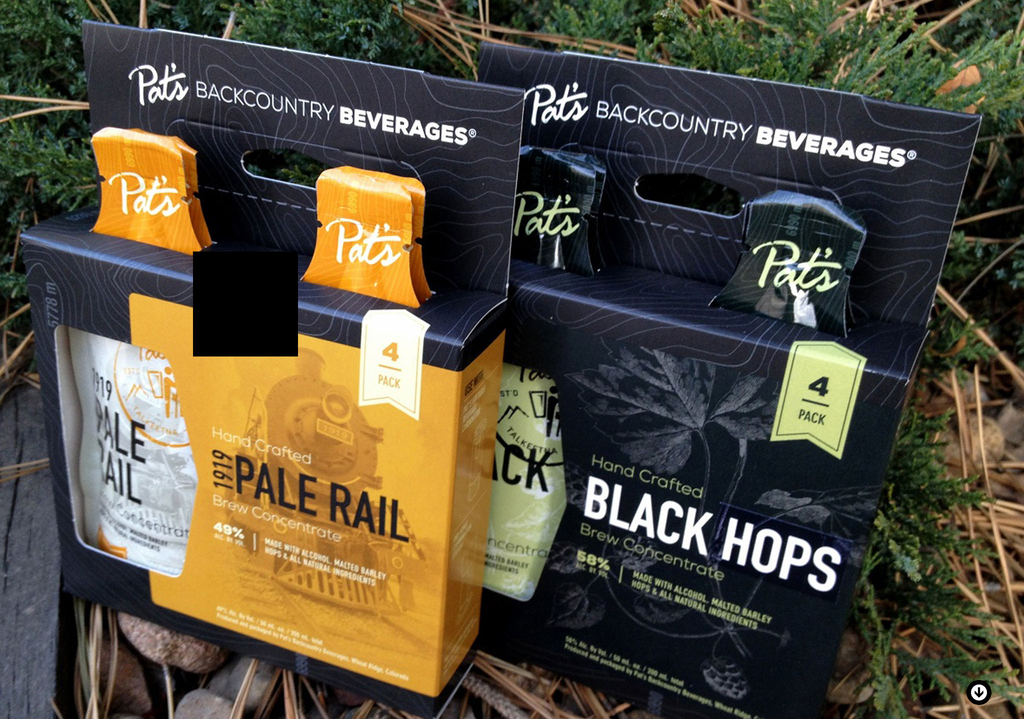 If you love camping as much as us, you probably don’t want anything to do with it. Hiking, cold tents, foraging for food… Just awful. But our new best friend Pat (Pat is unaware of this change in our relationship status, of course) has come to the rescue with Brew Concentration Packets. Science: Beer is typically about 95% water, which makes it heavy, cumbersome, and expensive to transport. Or, you can just add water to a container the size of a water bottle and pour in the concentrated brew (it’s a legal thing by not calling it beer; trust us). In just seconds you have a 5% ABV brew that makes camping just… just wonderful. After all, how can anyone be expected to fish for your dinner without an adult beverage or two? 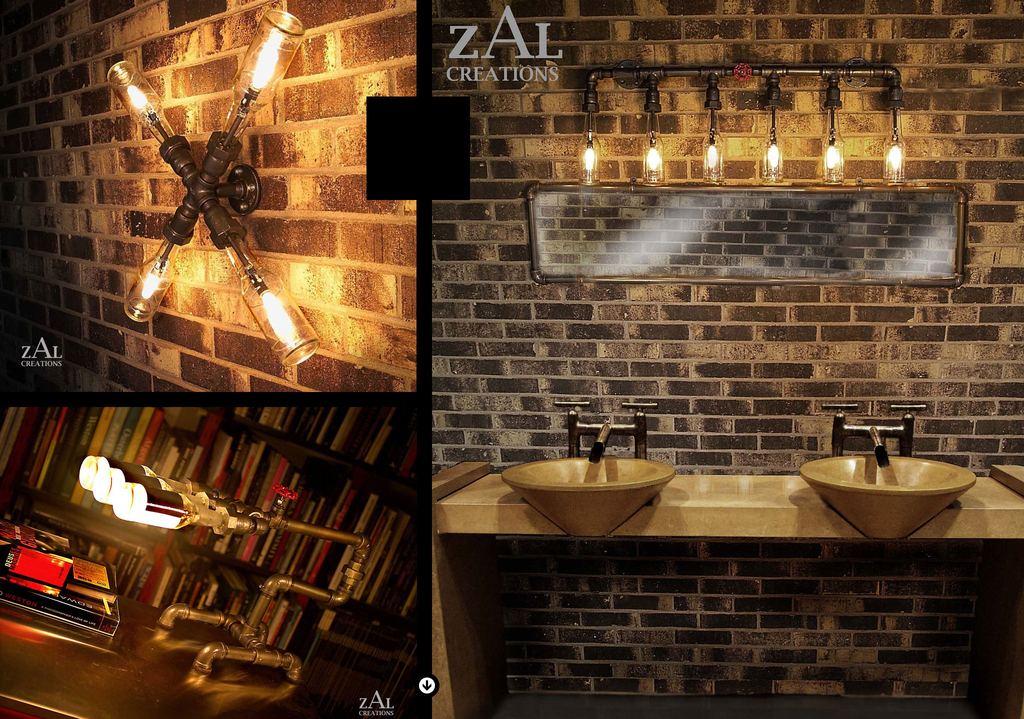 The man cave is essential. Not for anything in particular- it just IS, just like the Bat Cave is essential. A private hideaway for all the gadgets and “stuff” that makes us men, and manly men at that. But as caves (man caves included) generally scream “darkness,” there is a need for a keen designer touch to bringing in some light – and that’s where ZALcreations comes in. They provide lighting options handmade from your choice of booze bottles, to shed some wattage on the walls of your little hideaway. 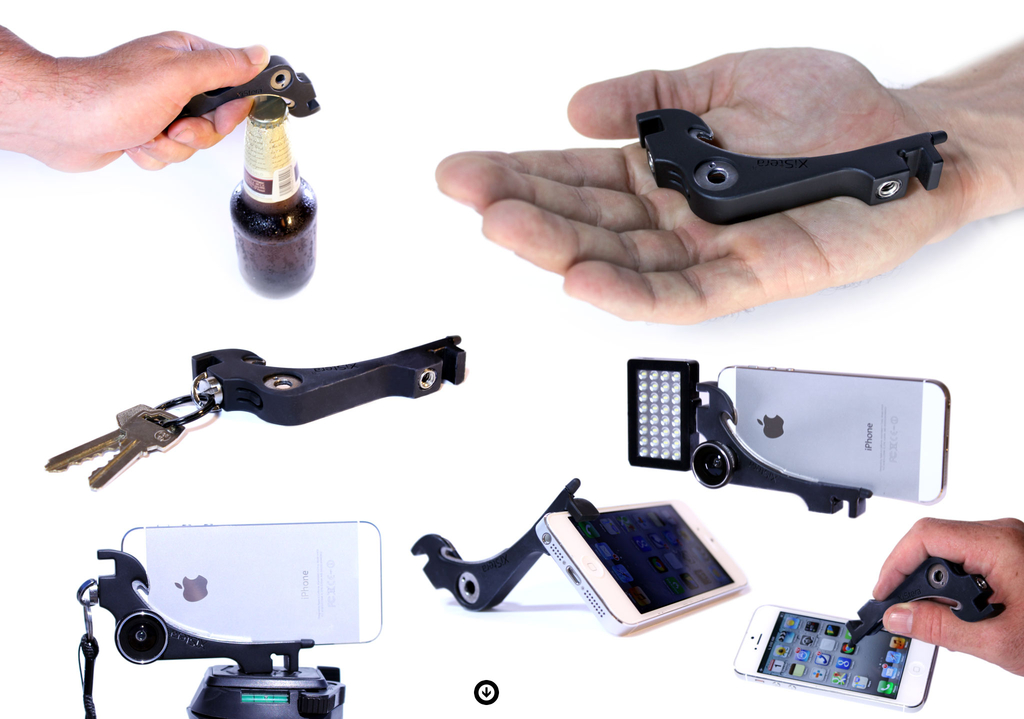 It’s been described as “the Swiss Army Knife for iPhone 5” – as long as your Swiss Army Knife does not include a blade, scissors, toothpick or nail file. But let’s call it what it is: the perfect replacement for all of those geeky iPhone attachments you thought were a good idea. Each one was flashier and, most times, more pointless than the last. (Honestly, who needs Hello Kitty waving whenever you start chatting away on the phone? Stupid cat.) Xistera is, all at once, a kick stand, camera lens adapter, interactive stylus, bottle opener, earbud holder, keychain, docking station, and LED light. If that’s not enough for you, you should probably re-evaluate your life. Or consider a Jitterbug phone. 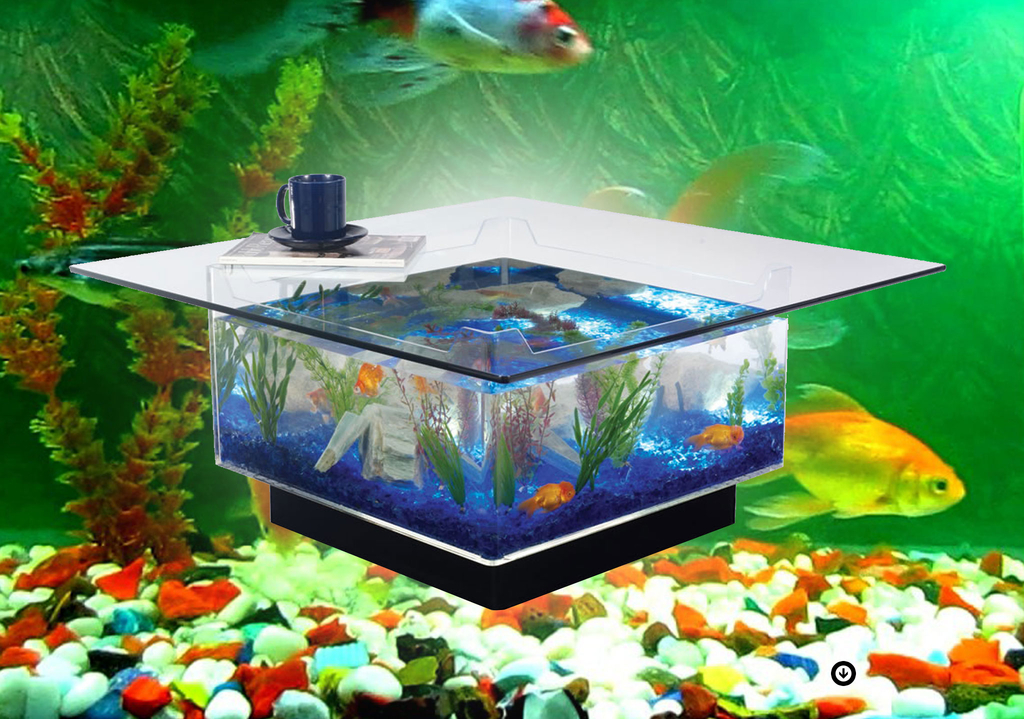 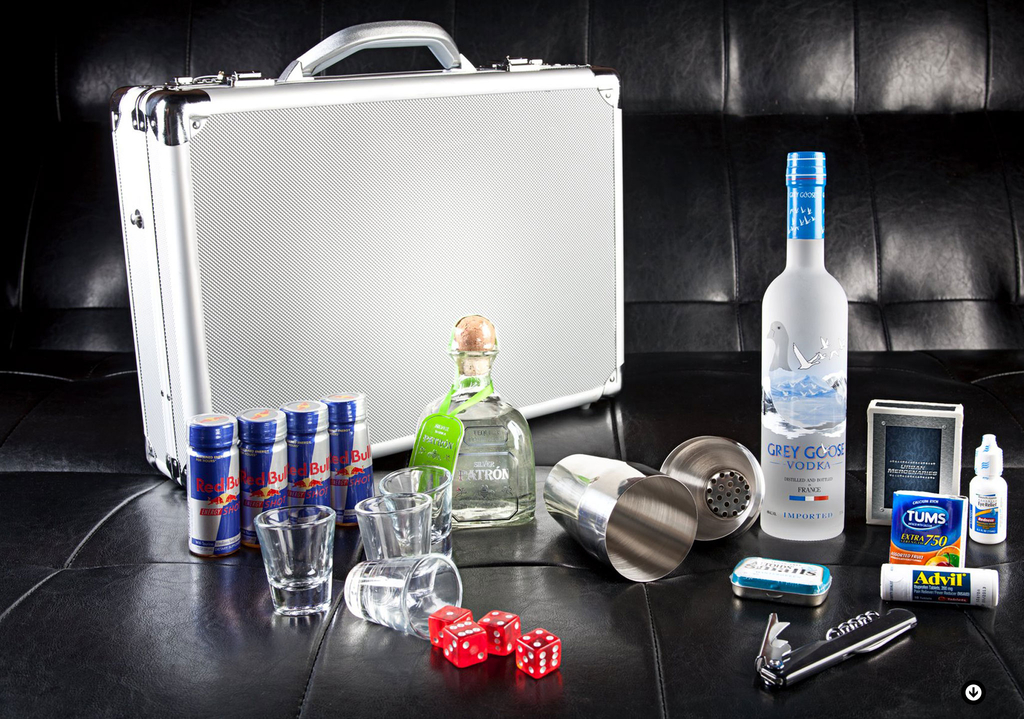 Partying is serious business; and in some cases, vital to our national security. So just as there’s a person who rides shotgun with the President – the man responsible for carrying the nuclear football – you can now be that guy, the next time your frat house/cigar club/social group/quilting bee plans for “the big one.” The Football, aptly named for the super-secret briefcase with handcuff attachment, carries all the party essentials: 1 bottle of Patron, 1 bottle of Grey Goose, a bottle opener, and more. It also carries all of the essentials for the Morning After…eye drops, Advil, and Tums. Ladies and gentlemen – we have reached DefCon 2. Do not panic. 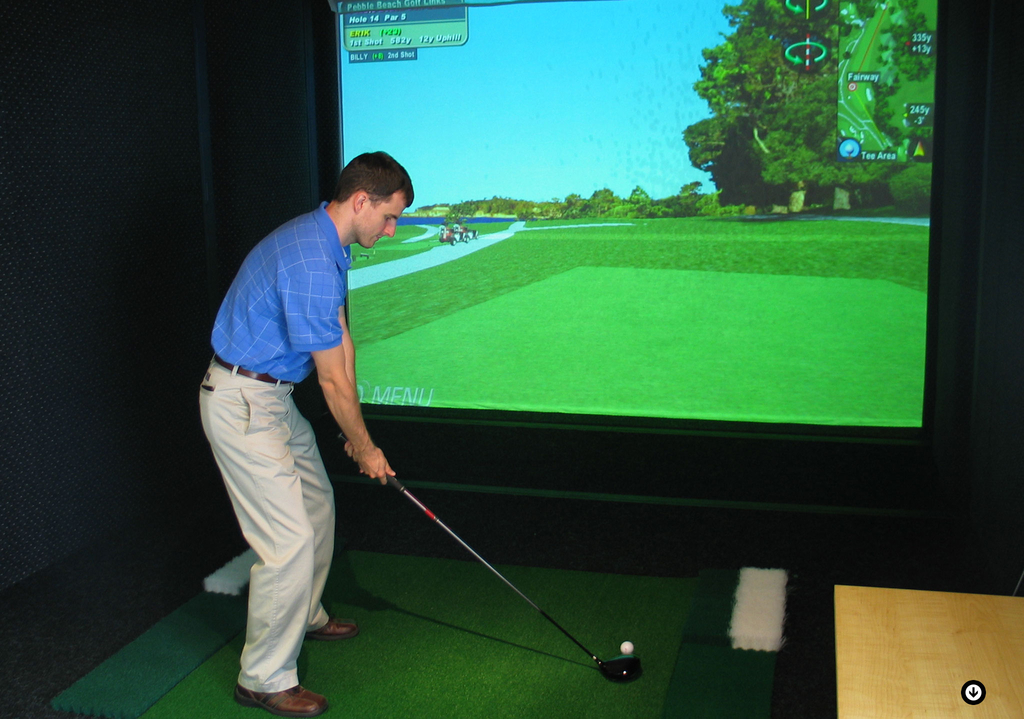 We’re in the midst of winter, which means your golf game is going straight down the shitter with no driving range open to practice your swing. That 8 handicap will no doubt go straight to 20 after the snow melts. Because we consider “Thou shall not let your golf game suffer” as one of the lost commandments, we feel it’s necessary to bring this to your attention. At the least, the Full Swing Golf system is an interactive swing analyzer; at the most, Full Swing is one of the wildest entertainment centers you could ever install. Sensors on the ground tell you what you’re doing wrong with your feet and a camera analyzes your swing speed and direction. Not only will you prevent rust from building up in your form, but you’ll be improving your game to levels you would never have believed was possible. And maybe be dating Lindsay Vonn in short order. 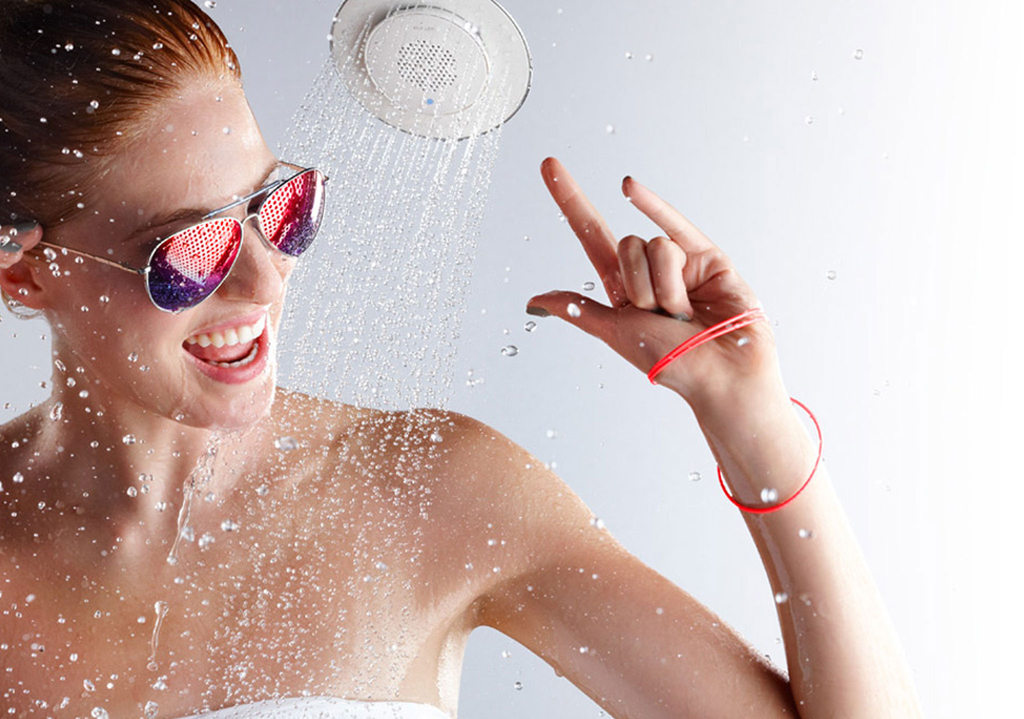 Singing in the shower is like swimming at the beach: inevitable. And though you may think you sound like Marvin Gaye, your woman thinks you actually sound like Attila the Hun storming through a village. So to help you feel like you’re putting on your own concert, and to drown out your singing for your girl’s sake, try the Kohler Moxie Showerhead. Sixty angled nozzles rain down 2.5gpm as the wireless (Bluetooth) speaker washes mighty tunes over you, with none of her complaints – as she only hears the music. You will be taking longer showers. Please do not send us your water bill.