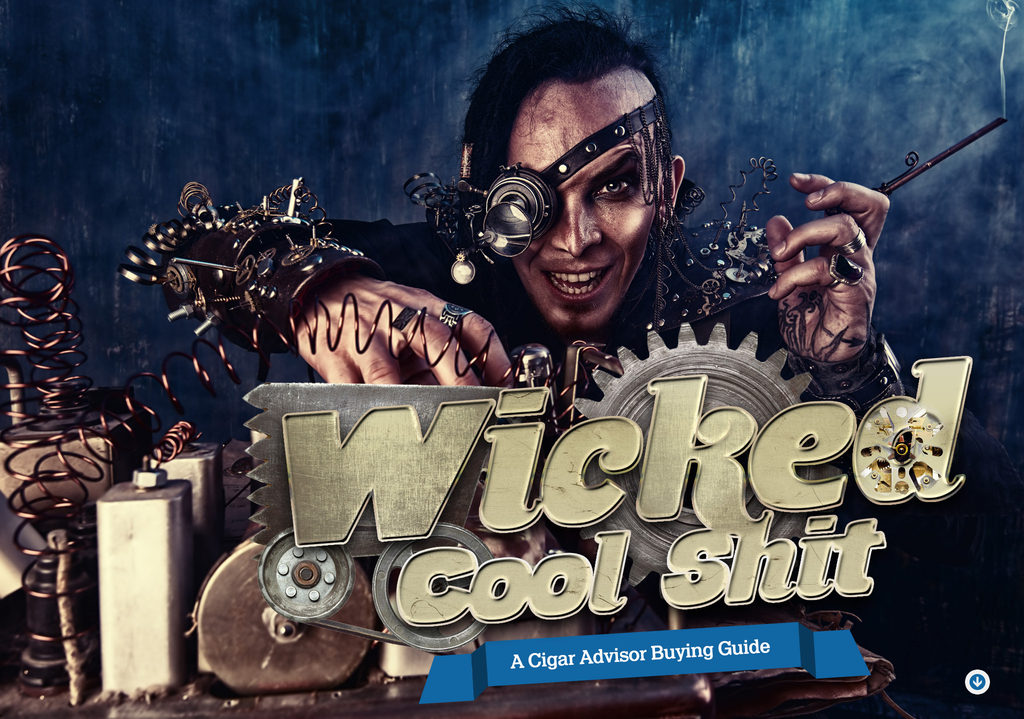 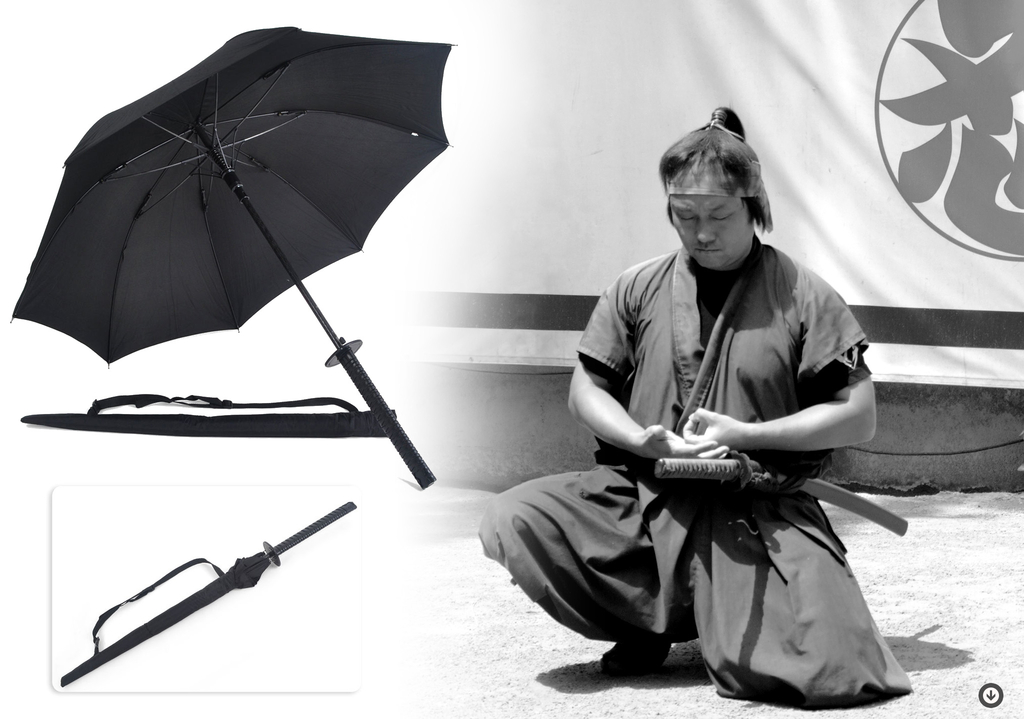 How many times has this happened to you: you're on your way, hiding in the shadows as you go, preparing to raid a rival clan's Samurai village to wreak havoc. But what's this? You didn't realize that, in the middle of the night, dark storm clouds rolled in. It's about to pour and you're going to get your Samurai armor all wet. Everyone knows wet armor is super uncomfortable, and this totally ruins any Samurai's night. That'll teach you for not bringing your Samurai Umbrella. It might be a good idea to be mindful of when and where you decide to implement this weapon of dryness, as people in the security business (like at airports, for instance) don't always take kindly to items that look a lot like feudal Japanese arms. But rest assured that very few people – or raindrops – will want to screw with you when you pull it out. 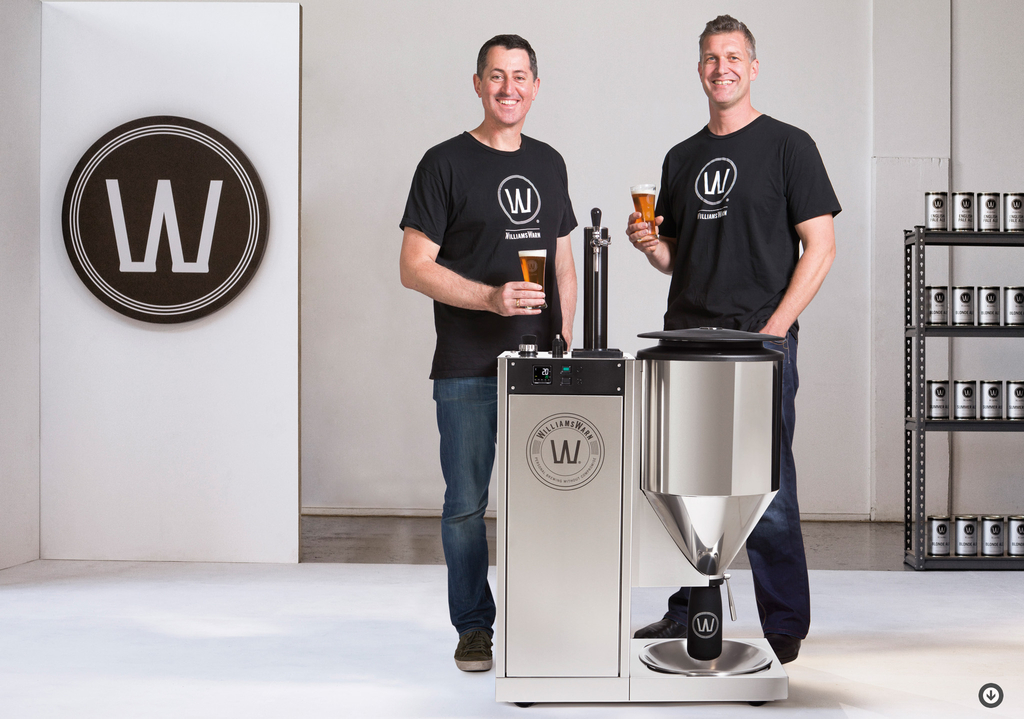 You have your macrobrews…your microbrews…but what's smaller than that? Minibrews? Sure, let's go with that. While the big dogs are being pushed aside for your IPAs and Porters with funny names and pictures of hairy parrots on the label, what is technically the freshest beer in the world can be bubbling up by the small batch in your house – and without that stinkbomb sensation of a beer batch gone bad. It's the personal brewery from WilliamsWarn, which actually carbonates the beer during its first day of brewing – and that's about all the heavy lifting that's involved, other than hoisting your stein. One hour's work at the beginning of the week yields 6 gallons of beer after 7 days, with no prior homebrewing experience necessary. How's that for return on investment? 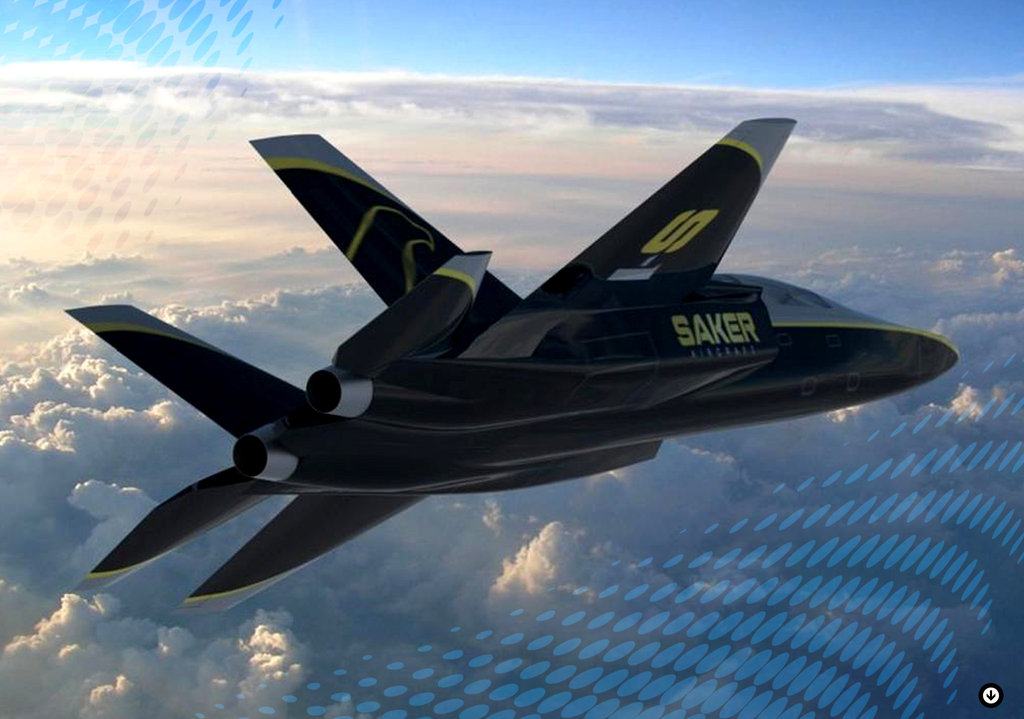 We admit it – we've never really been very enamored with the private jet life. Lears and G6s are just so…well, it's that same feeling you get when you're forced to listen to your jerk of a neighbor who goes on and on about how he jumped the rest of the waiting list for a new Corvette thanks to 45 grand and because he “knows a guy.” Who cares who he knows? Shut that conversation down when you pop on your helmet and take off to work in the one private jet we'll make an exception for: The Saker S-1. The fastest civilian aircraft in production, the S-1 allows you to cruise the contiguous US at just a hair under Mach 1 – which your neighbor and his 'Vette can go suck on. For the safety conscious, ejection seats are an option. But for a military-inspired private plane with a +7/-3 G-range, chances are you're not discussing harnesses and ejection seats. 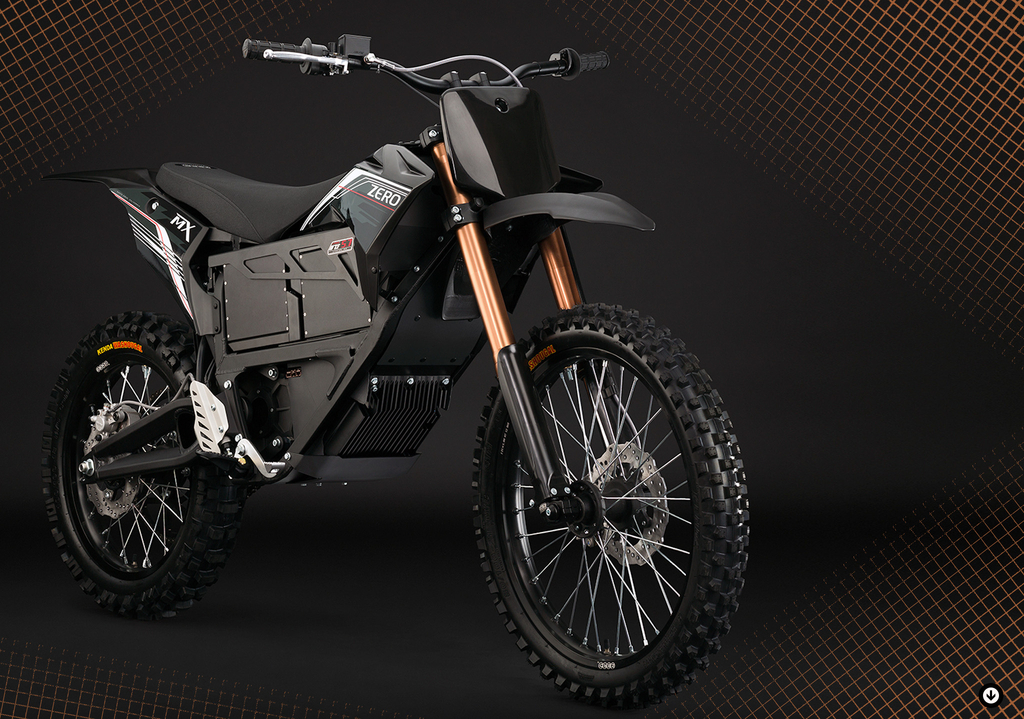 We like bikes. But we like different bikes for different reasons: big loud hogs are great for a long cruise, where crotchrockets are a nice little speed rush that's needed from time to time. But the bike we like best, we (unfortunately) can't get our hands on – because it's only being produced for US Special Ops forces. It's a stealth bike – yes, stealth. Painted matte black and battery powered, the MMX runs silently off-road, can operate while more than half-submerged underwater, and uses infrared lighting systems at night. Which means this two-wheeled hornet's nest all but disappears in the dark. Essentially, the MMX is the ultimate troop transportation system, if messing up the enemy's day real bad is your mission. The good news is there's a civvy version on the way – which, when you sneak up on him riding this, will allow you to put the fear into your smug Prius-driving neighbor. 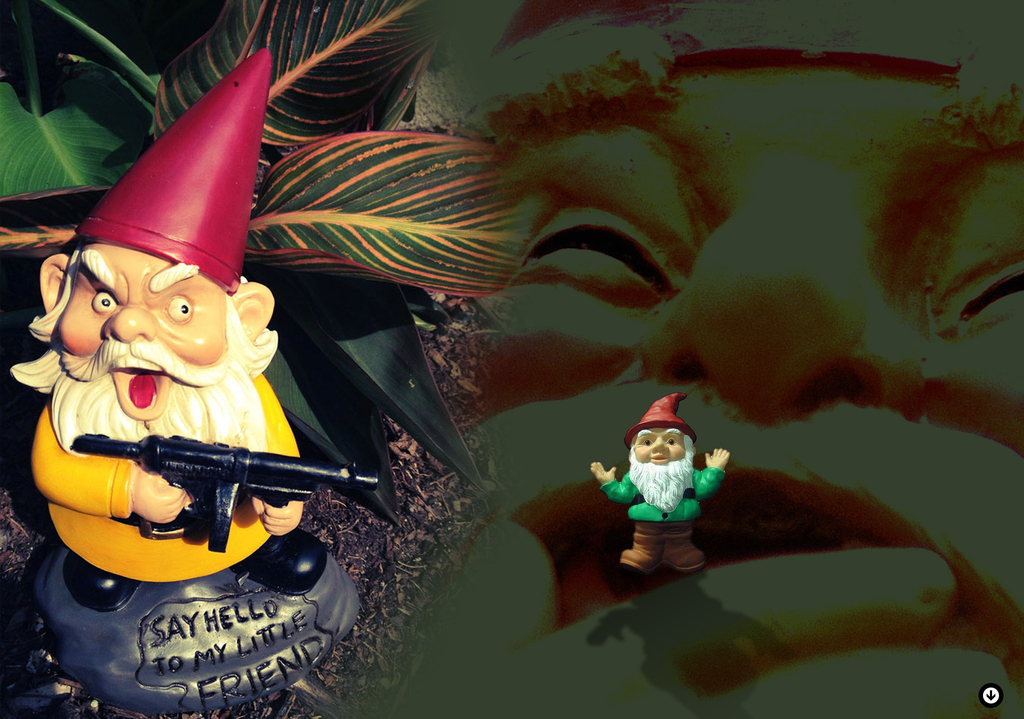 “Say hello to my little friend” jokes aside, this piece of Advisor-approved yard art is the rare exception to the rule that garden gnomes on your front lawn are a bad decision. This garden gnome reaches deep down and brings out his inner Tony Montana. With his war face on and gun in hand, this badass gnome is in full battle mode. He's only 9 ½” tall, but he sends a big message: “stay away from my house.” Or, he'll at least make the neighbor's poodle think twice about dropping a hot heap on your front lawn. 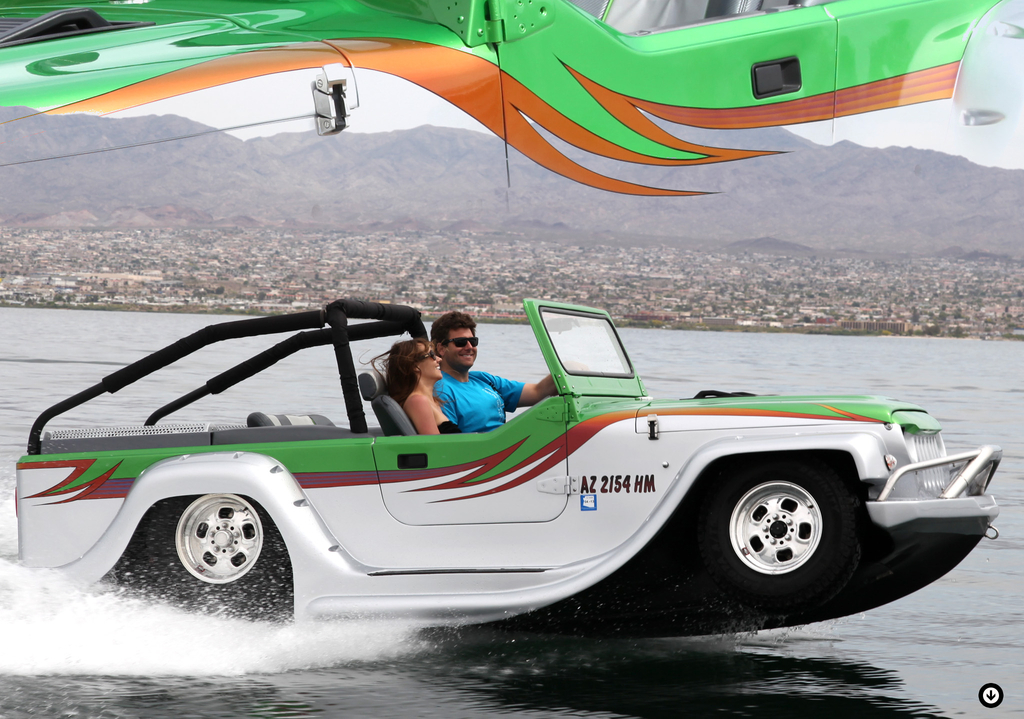 Last month we featured James Bond's The Spy Who Loved Me Lotus submarine, which was just auctioned for $867,000. Now we found the Watercar – which, after a 3-2 vote among the Advisors, the majority here says it makes his Lotus look like a Finding Nemo pool toy. The Panther gives you all-terrain bragging rights, reaching speeds of up to 80 MPH on land; but flip a switch, lift the wheels and you're master and commander of a 40 MPH water jeep. Here's the crazy: the Panther is built with off-the-shelf vehicle and marine parts. Super dangerous in high-speed chases? Who knows. But the show Cops certainly will get a lot more interesting. 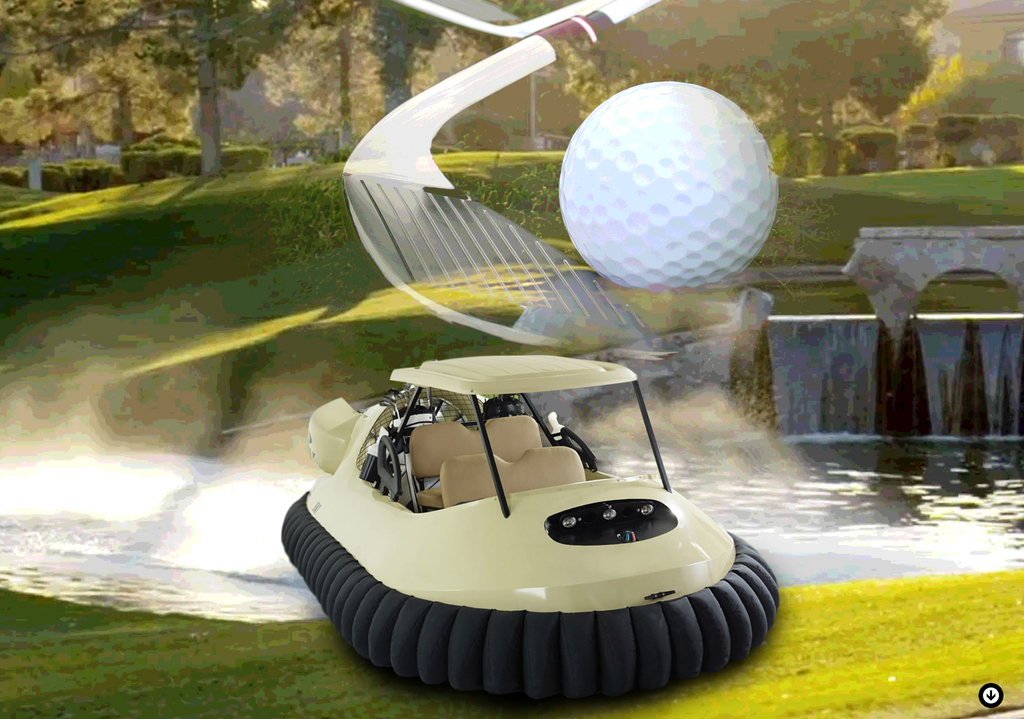 “Good luck getting this on the course,” you say? Good luck getting us off the course if we're driving one of these. Unless your country club has its own SWAT team, these 18 holes are our bitches. The peacefulness and serenity of the game that is golf goes out the window once you crank the 65-hp twin-cylinder Hirth engine, its nine-blade ducted fan propelling your foursome across fairways at 45 mph and 9″ off the ground. Glide effortlessly over grass, sand, and water to get from point A to point B in no time flat while single handedly being the most hated golfer on the course. But whatever, because it's not going to take a half hour to walk from tee to green on the 17th at TPC Sawgrass. Hard hole, annoying walk. 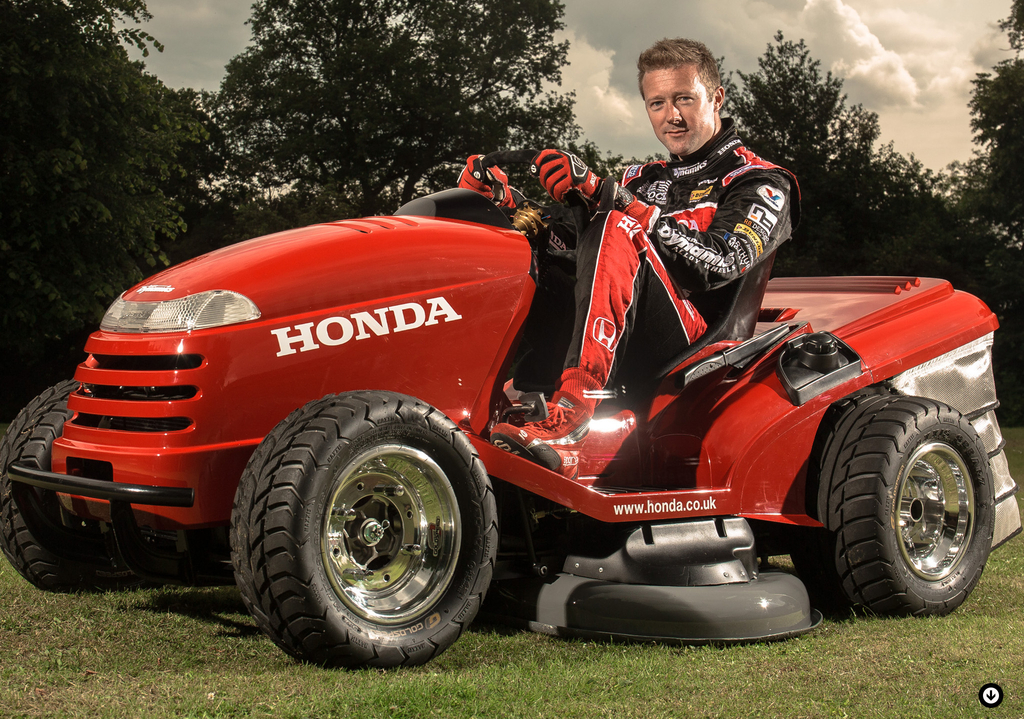 When your twitter hash tag is #meanmower, you know you have something special. Usually when we cut the grass, it's an hour-long affair that involves a couple cold ones and a yard gar. Mean Mower, however, offers no such luxuries as cup holders; and there's no way to smoke with a helmet on, which you will likely want need. The body is stock; underneath, not so much. This Honda UK Racing-inspired mower (no kidding) sports a 109 horsepower VTR Firestorm 1,000 CC engine, 6-speed paddle shift transmission, and can do 0-60 in four seconds with an estimated top speed of 130mph. On the Mean Mower, you don't go around trees – you go through them. And then through your neighbor's fence, his backyard, and probably another 300 feet before you whoa it down enough to make the turn. Imagine what happens if you put a plow on it… 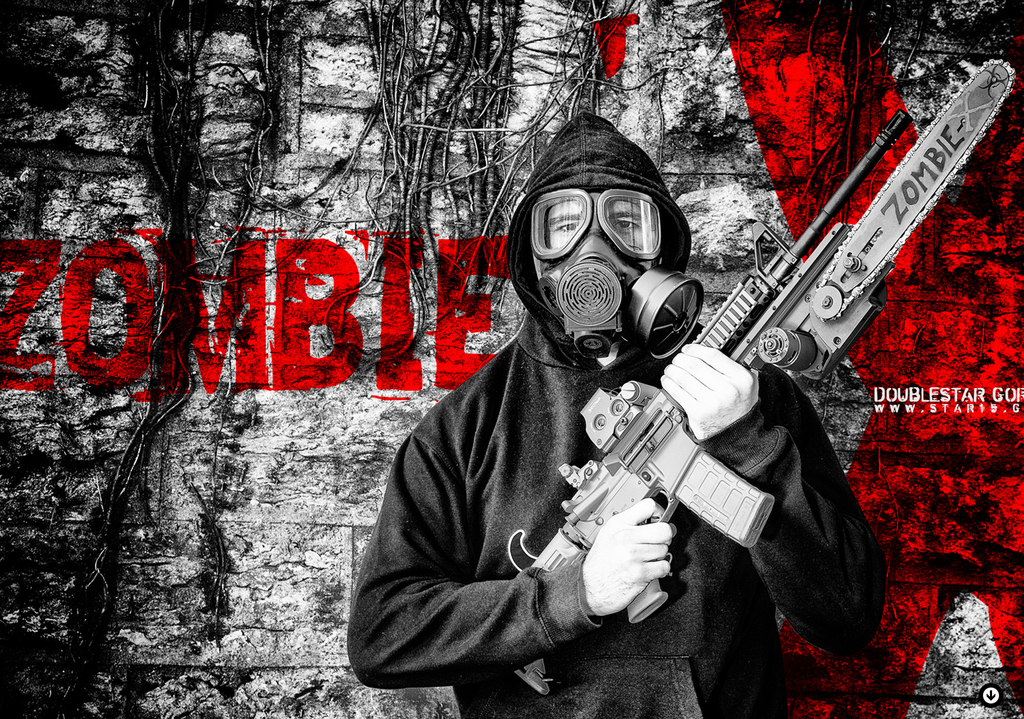 For as much talk of zombies as there is everyday, you'd think they already walk among us. Though you've never seen our office on a Monday morning at 8am; so arguably, proof exists. But imagine this scenario: you are surrounded by a crowd of the undead as you attempt to make your way to safety (or the Cigar Advisor breakroom for coffee). As you carve your way through the mob of brain-eaters, you suddenly realize you're out of ammo. And that is bad. What do you do now? Two words: fallback weapon. The Zombie X comes complete with skeleton stock, quad rails on the front end, micro red dot sight, SAW grip and…a chainsaw. Hey – when the Zombiepocalypse happens, there's no time for screwing around. The electric chainsaw (it's battery powered) mounts to the bottom of the previously mentioned quad rail for true hack-and-slash delight. Suck on that, Rambo. 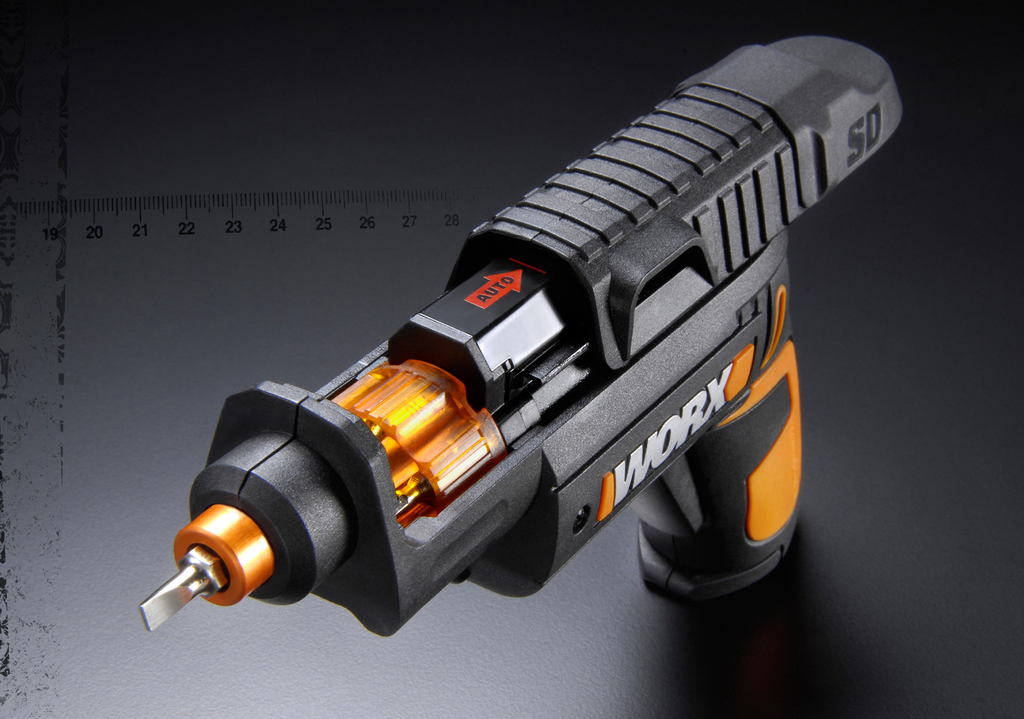 Admit it – at least once in your life, you whipped out your screw gun and pretended that it was a 6-shooter. And knowing you as well as we do, it was probably aimed at the person who gave you the to-do list in the first place. What that person didn't expect, however, is that once you're armed with the WORX SD, you're the goddamned screw gun-totin' Wyatt Earp of the Wild West side of your neighborhood, dispensing justice one cabinet door at a time. This sucker has a 6 barrel chamber into which you stick your bits (not those bits), so changing from Phillips to slotted to square (and others) is just a matter of giving the revolving chamber a spin, a la Marshall Earp. Driving power is provided via a 4V MaxLithium battery with extended charge life. According to their site, “Even after 1 year of storage, your WORX SD stays ready to go.” Which is great if you're my brother-in-law, because that's about as often as he does something that even resembles manual labor.

Reading Time: < 1 minute A full-bodied cigar made for the 8th anniversary of Rocky’s Tavicusa factory in Estelí – but how did it smoke? Click n’ learn everything you need to know in our quick Rocky Patel Tavicusa cigar review…