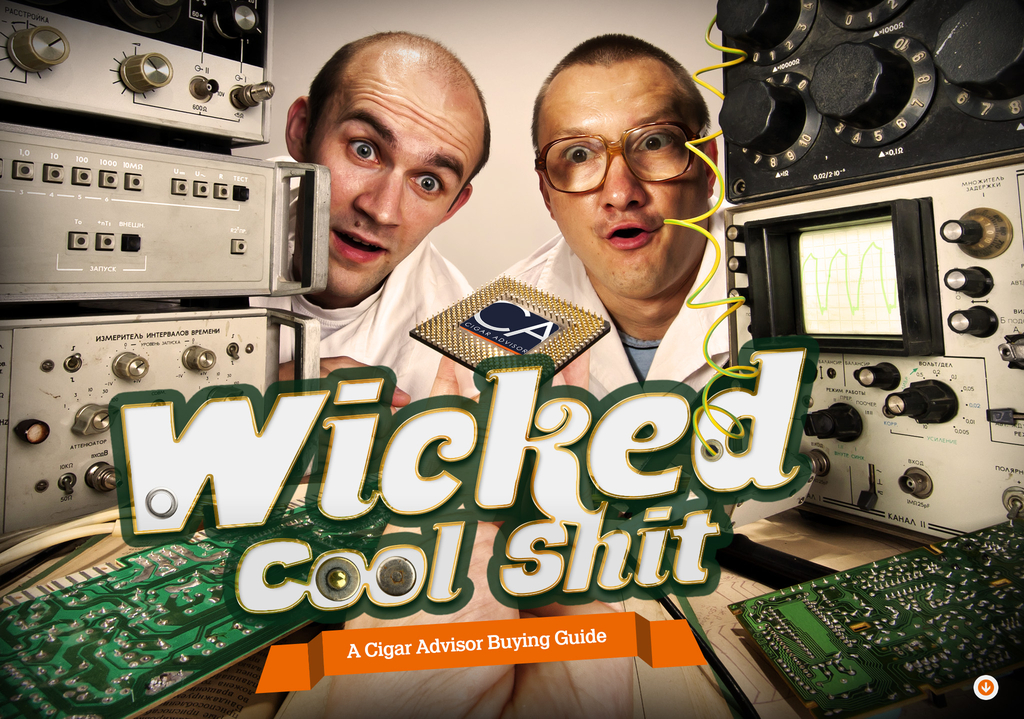 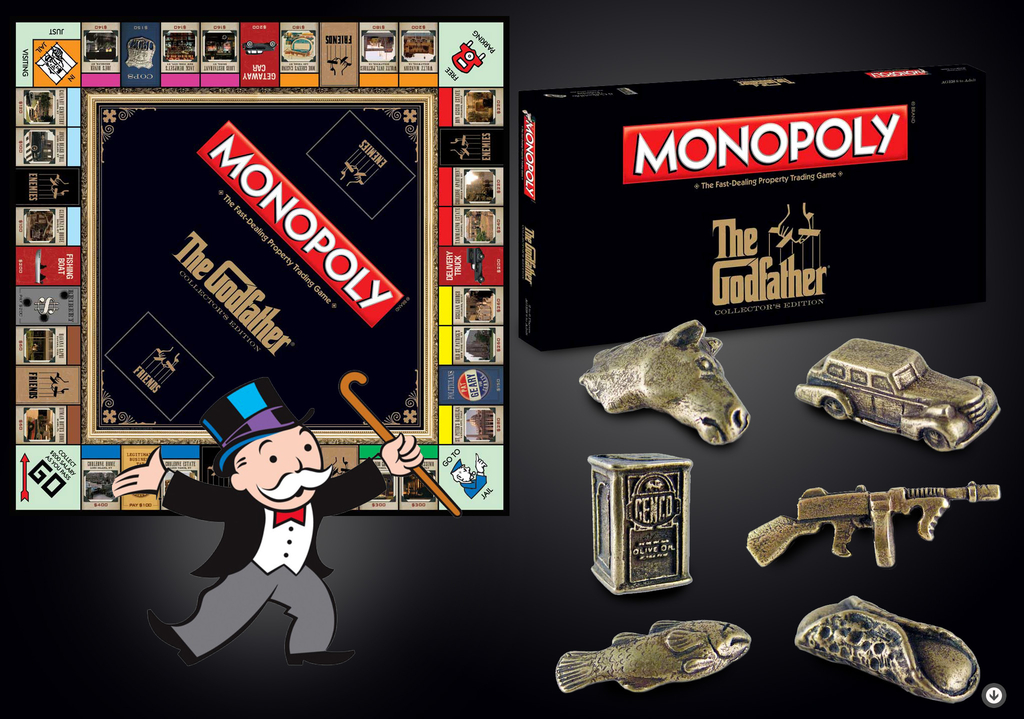 We're pretty sure you're obligated to say, “It's not personal. It's strictly business,” as you roll the dice. Released to celebrate the 40th anniversary of the most important film ever made in the history of motion pictures, the Godfather edition trades out your traditional Monopoly pieces for a Tommy gun, Genco Olive Oil can, a horse head, a dead fish, Don Corleone's limo and a cannoli; “Friends” and “Enemies” are substituted for Community Chest and Chance, making the concept of keeping your friends close and your enemies closer much more interesting. So whether you decide to form an alliance with the Tattaglias, give Carlo a beatdown for hitting your sister or get stuck at the Jones Beach Causeway, take care of your business – or you sleep with the fishes. Just ask Luca Brasi. 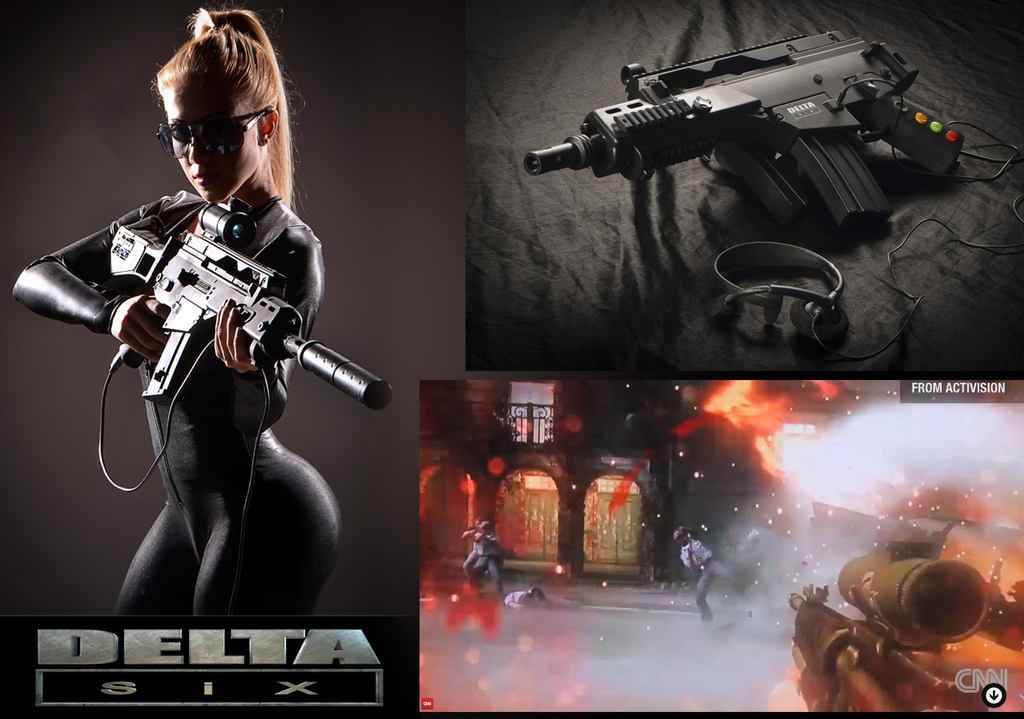 You play a driving game, you have a steering wheel. You play Guitar Hero, you have a guitar. So why, when playing a FPS, are we still using a controller design that hasn't changed much since 1983? Or worse – a keyboard and mouse? This is simulated war, goddammit – we deserve a game controller built to look and feel like a real weap…wait, what's this? The Delta Six FPS Gaming Controller is here to save your game from sucking, using true point and shoot controls. Want to reload? Tap the magazine like you're popping in a new clip. Moving the controller (as you would a real gun) adjusts the aim accordingly. Or to go full kickass, wiggle the stock and go into “melee” mode – which sounds pretty serious. Delta Six can be used across the different consoles in your mancave, thanks to its open source interface. Or better yet – if you find your way into owning the Virtuix Omni (see the next slide), these guys and those guys are working together to make a “full immersive gaming experience.” Even the first-person PTSD will feel real!

Time to kick your gaming chair to the curb and really “get in the game.” Omni is, basically, a treadmill. An omnidirectional, bowl-shaped, safety harness-equipped, special shoes-required, low-friction treadmill that, when coupled with a head-mounted VR display (such as the Oculus Rift), will bring you into the world of virtual reality gaming. We shit you not: walk, run, jump, crouch, whatever – your movements are mapped to the action happening in the game, allowing you to move freely and naturally throughout the virtual space (which would make Assassin's Creed pretty slammin') and making it true first-person. Not a gamer? We'll bet cash money that, very soon, you'll see the Omni used in training programs, simulations, for virtual tourist destinations, online VR events and meet-ups, virtual workplaces, multi-person adventures, VR museums, concerts…hell, even NASA's Jet Propulsion Laboratory used it to make simulations of walking on Mars alongside the Curiosity rover. Mind=blown. The future is here, kids. 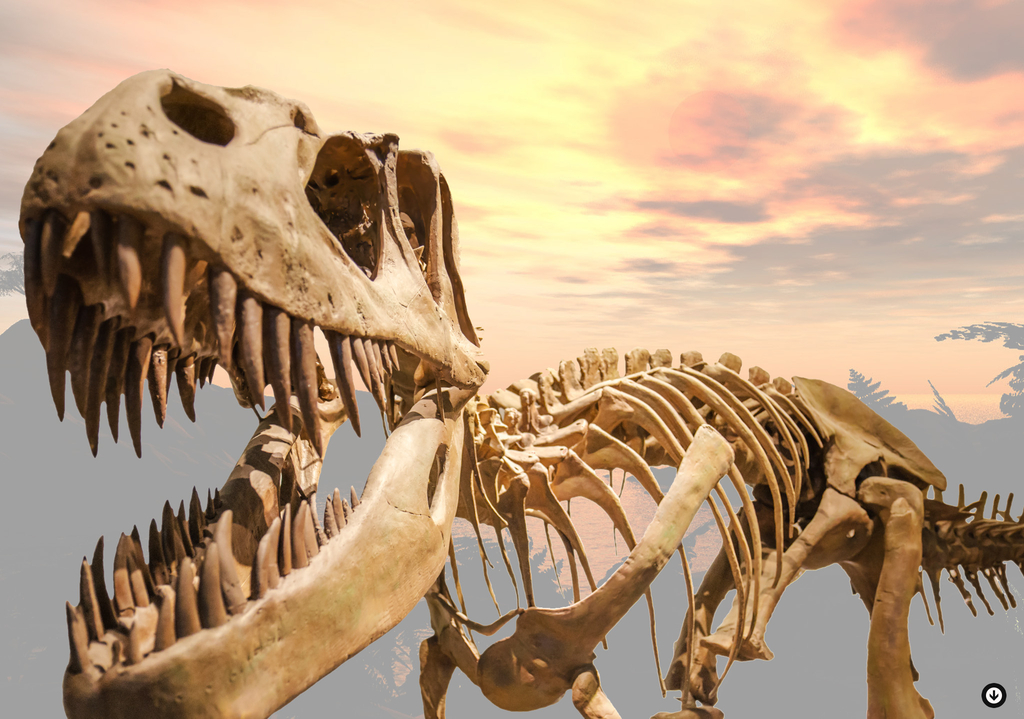 So let's talk about your neighbor. You know, the guy who lets his dog run into your backyard to drop a steaming heap every day, twice a day. It's not the dog's fault – but you can make it not your problem anymore. Because nothing says “get off my lawn” like a life-sized T-Rex skeleton looming on the edge of your property. One glimpse of your personal, full-scale replica of the King of the Late Cretaceous period and that pup will be a vapor trail. Made of reinforced fiberglass and accurate down to the last tiny bone, it's virtually indestructible. The only way to make this thing more kick ass is if you hooked up a few propane tanks and rigged it to breathe fire. Imagine the chaos on Halloween. 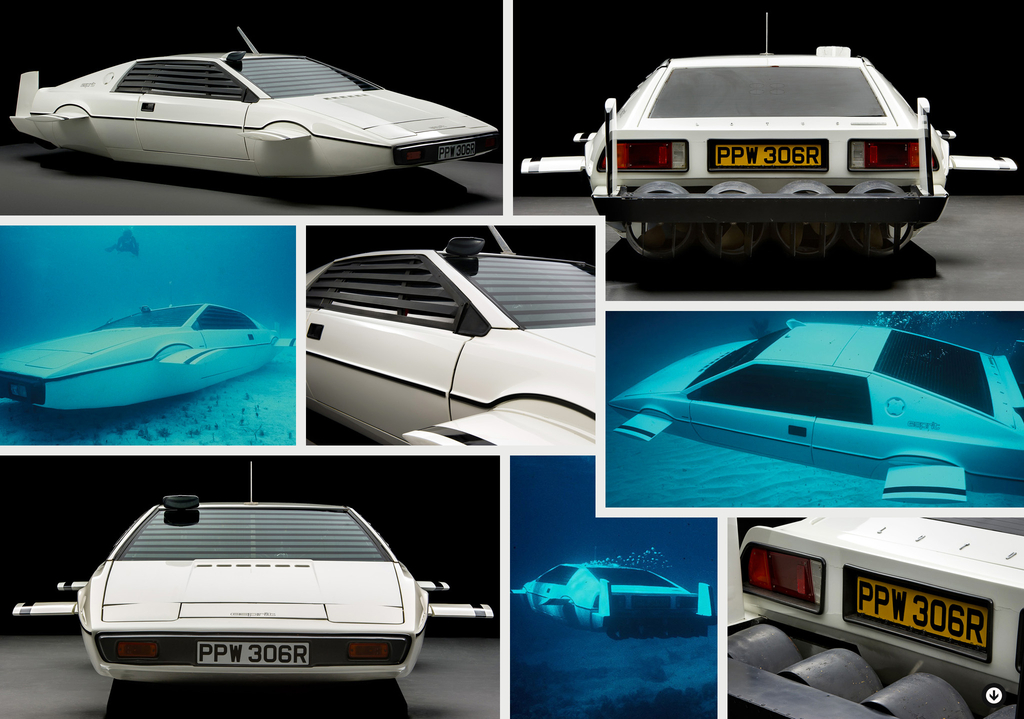 Yes, James Bond is the be-all, end-all of badass – but we all know Q is the balls. But did you ever think you could have a piece of that engineering? This month, RM Auctions will be lifting the gavel on the one and only functional Lotus Esprit Series 1'Submarine' Car, the actual vehicle used in the “The Spy Who Loved Me.” Yes – the one that dives into water, turns into a submarine, and shoots a helicopter with a rocket. Fully functional and fitted to propel underwater, though weaponry not included. Known as 'Wet Nellie' on the set, the car was said to have cost over $100,000 to create – equal to nearly a half million dollars today. Here's the crazier part: after the film, the Lotus was shipped to Long Island, where it was kept in a pre-paid storage unit. In 1989, the rent went delinquent and the unit was put up 'blind' for public auction, just like “Storage Wars.” All it takes is one bid – and according to the press release, “Her Majesty's Secret Service aside, it surely is the ultimate beach accessory.” 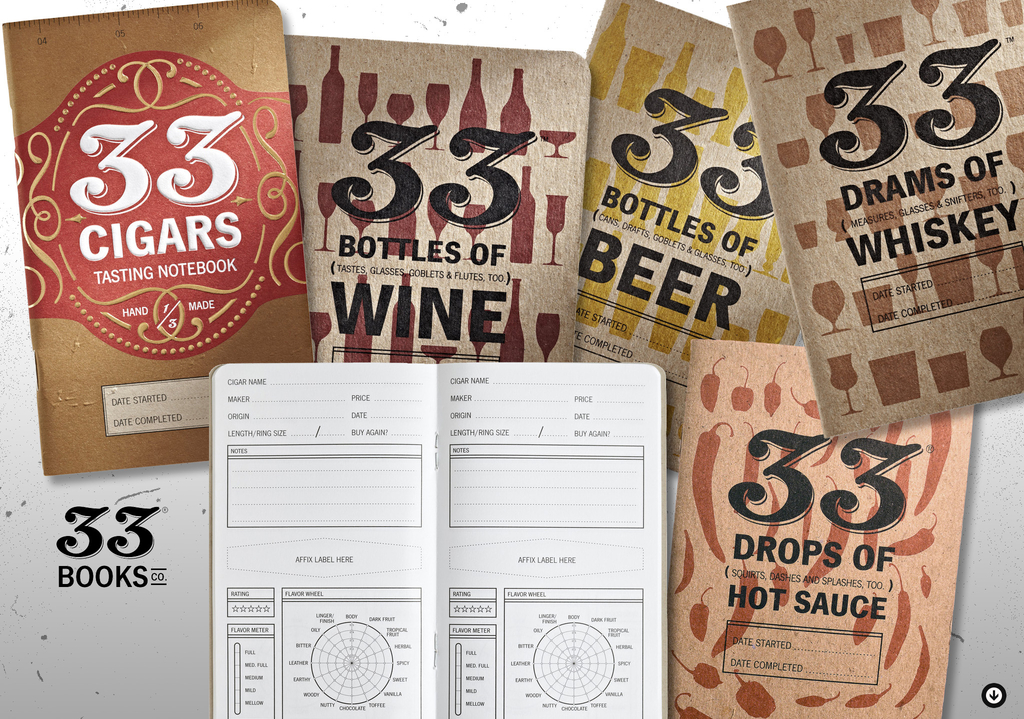 No, we aren't trying to make you read 33 books. That's not what we're about. We are, however, all about this series of tasting journals for the finer things in life so you can document your experiences with these individual slices of heaven: cigars, beer, wine, coffee, whiskey, hot sauce, cheese, even chocolate. Each book contains enough space to record 33 products in each so you can annotate the experience, rate the product, and use a flavor wheel to document what flavors you experience during your tastings. Though after 33 beers, good luck reading your writing. 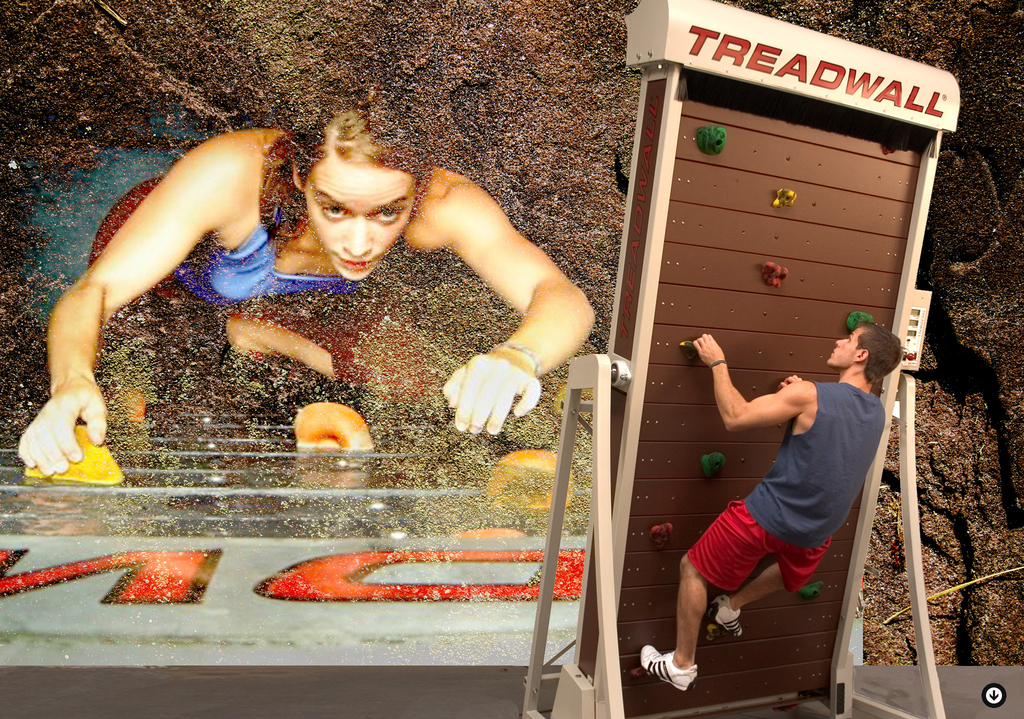 Like to go rock climbing, but don't like to fall? Truth be told, we have yet to meet anyone who does. So rather than leave your well being to the fates and the forces of gravity, try the Treadwall. Promising instant benefit from the core strength and balance gained from “long cardio burns at the easier angles and quick muscle building workouts on the steep,” the Treadwall is your huckleberry if you're looking for an all-weather, anytime, whole-body workout. The wall has a six foot climbing surface that continuously moves at a safe speed so you can climb as slow or as fast as you want. You can also adjust the angle from +12 degrees for an easy uphill climb to -12 degrees to give you that “dangling by your fingernails” feeling. With adjustable/removable grips, you can make this new workout craze as hard or as easy as you want. But our favorite feature is that, if you get stuck on the wall, you don't have to go all Aron Ralston/127 Hours and cut your arm off to get down. 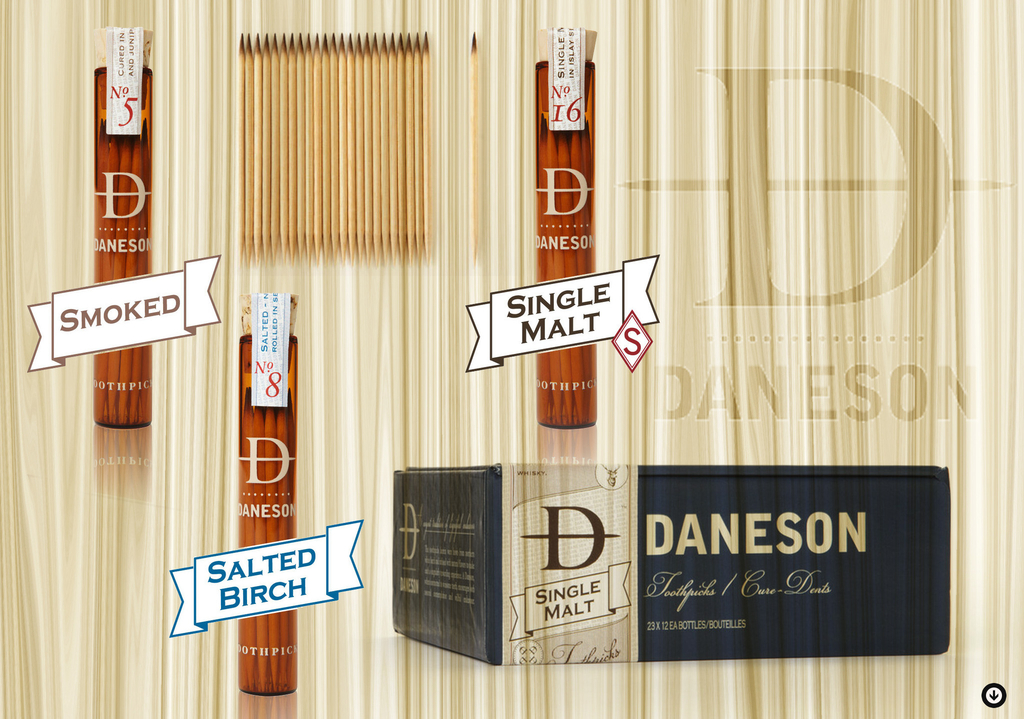 Pinkys up, people – Wicked Cool Shit just got some culture. Each toothpick – honed from the finest Northern White Birch – is infused and saturated with different flavors such as barrel aged Islay single malt scotch…well, there are several flavors. But once we saw scotch, we said, “sold.” If you finish your meal and your steak is lingering, this is the implement to remove it in a way that can only be described as proper. Bonus: the oils found in birch are apparently good for you – research has shown them to ease stomach pain, get rid of nausea, and even can be used as a mild sedative to help relax and ease any tension you may be carrying. Or that might be the scotch…you decide. 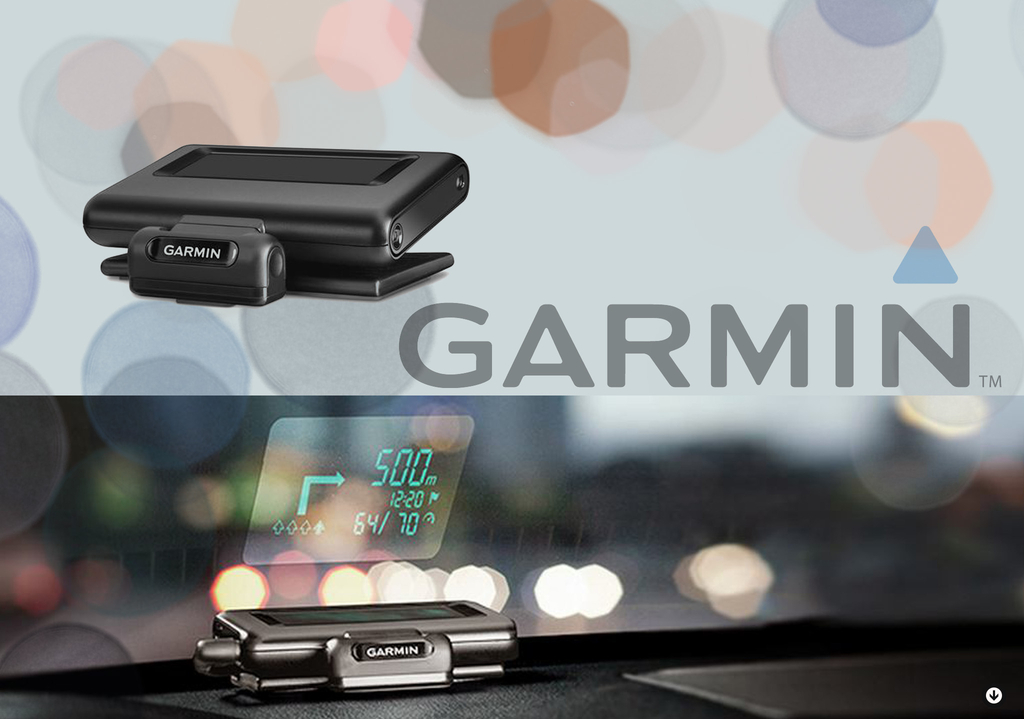 Heads-up displays have been included in nicer (read: wicked expensive) cars for a few years now. But they're just lighted readouts of your speedometer on the windshield – so you didn't have to take your eyes off the road (and your wife could see that you're lying about how fast you're really going). Safety-conscious? Sure…but even carmakers know that when the HUD pops up on the glass, it makes us feel more like fighter pilots. The good news: the smarty-pants (pantses?) at Garmin have created a heads-up display that can be fitted into any car, which not only shows your speed, but projects GPS directions on your windshield, too. No more GPS falling from your windshield and breaking to pieces while you're driving, fooling with the navigation app on your phone and no more taking your eyes off the road to see if you just beat your personal land speed record. The bad news: when you get pulled over, there is no other answer than “yes, officer – I do know how fast I was going…” 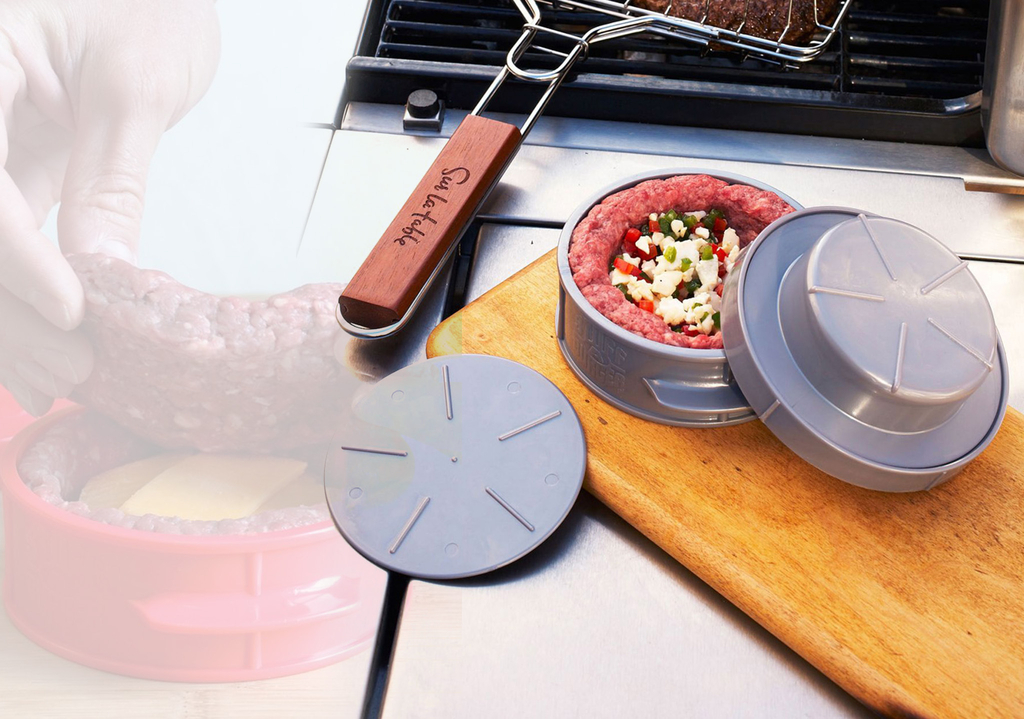 If we've leaned anything, it's that the American spirit of progress and ingenuity consistently makes things go from good to great. Did we not harness electricity to do our bidding? Did we not conquer space, and put a man on the moon? Damn right, we did – and that spirit of greatness has now descended upon another bastion of Americana, the cheeseburger. The Stuff-A-Burger Press makes a good burger great by stuffing pretty much anything into your patties, making them off-the-charts delicious. Bacon is a gimme; how about bleu cheese? Avocado? Jam anything your little heart (and taste buds) desire in there for a culinary experience that will take you to Burger Valhalla, and make Ronald McDonald cry.

Reading Time: 3 minutes It’s a distinctive change of pace for Henry Clay, and Gary proves it in this #nowsmoking cigar review – as he takes the War Hawk Toro for a ride. Click here to watch the video and read his tasting notes.