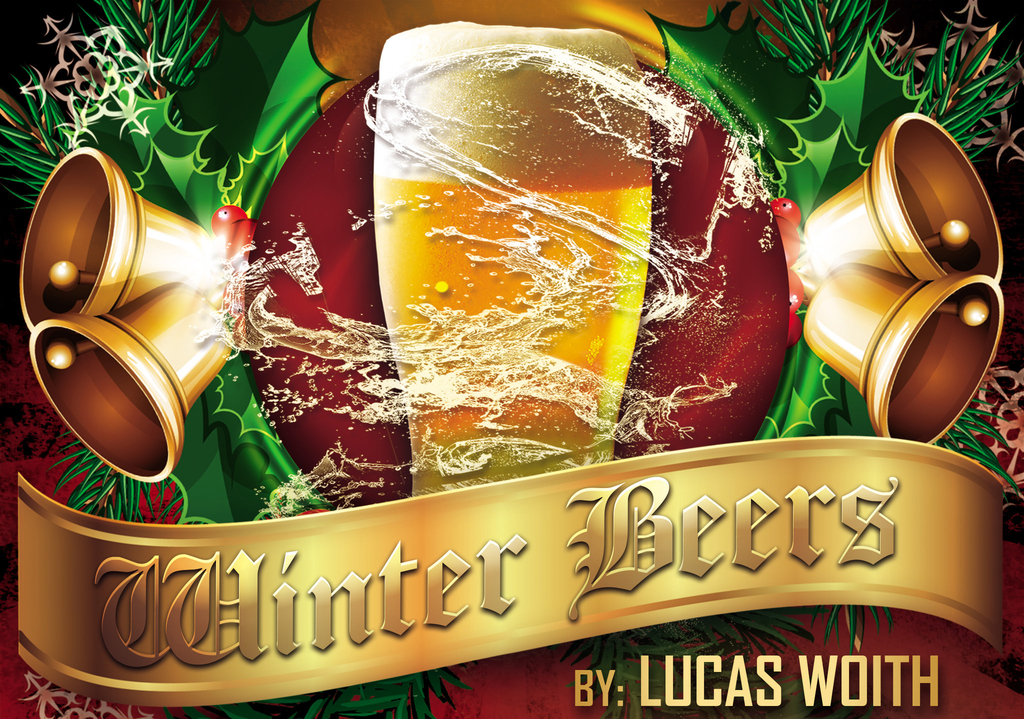 For craft beer enthusiasts, drinking harmoniously means sampling seasonal varieties that only see annual release. As we settle into winter, I’m here to brighten your merrymaking with a batch of winter beers for your “to-do list.”

Despite a higher concentration of dark brews, “Winter Beers” categorically includes any number of actual styles. They tend to be hearty and filling, with stronger flavors and higher alcohol content that warm you up from the inside. Think “armchair by the fireplace on a snowy day,” and you’ll get the picture.

Should you find yourself relaxing with a fireside pint, pair it with a medium-bodied cigar or better. Anything lighter will likely be overwhelmed by the beer. Blends like Padrón Aniversario, La Flor Dominicana Double Ligero, and Alec Bradley Tempus Maduro will serve you well here.

While not technically a winter-only release, this is a prototypical beer to pair with a cigar. A Belgian-style stout with flavors of chocolate and roasted coffee, it weighs in at 7.5% Alcohol by Volume (Bud Light is 4.2%) and is perfect with a medium to medium-full cigar, or even a coffee-infused cigar like Java by Drew Estate.

Sierra Nevada was founded in 1979 by two California homebrewers, and is now the second highest-selling craft brewer behind Samuel Adams, thanks in large part to their flagship Pale Ale. Celebration Ale has been described as a “bigger” version of their Pale Ale, and is highly-anticipated by craft beer lovers every year. It checks in at 6.8% ABV, and has a bold, intense flavor, with a delightful citrus and pine aroma. Goes best with a medium bodied cigar.

Utah is not generally friendly to beer lovers: alcohol sales are controlled by the state, and most liquor outlets are banned from selling beer that is over 4.0% ABV. Despite that, you’ll find some great craft brewers there, namely Uinta. Their Labyrinth Black Ale, which measures a whopping 13.2% ABV, is classified as an Imperial Stout. It is robust, with strong flavors of toasted oak and chocolate. After it is brewed, it is aged for six months in barrels originally used to age rye whiskey, adding to its oak profile. This beer requires a full bodied cigar to stand up to its intense flavors.

Jubelale is released every October by Oregon’s Deschutes Brewery. It is a medium body beer but do not let that fool you; it is chock full of flavor. You will notice a hint of spice, as well as earthy flavors and chicory. At 6.7% ABV, Jubelale is a good winter beer for a novice beer drinker to try. It won’t overpower, but is flavorful enough for even the most seasoned beer drinker to enjoy. Try it with a medium bodied Maduro cigar, whose earthiness will interplay nicely.

Those who have visited YborCity, Tampa, know of its affinity for cigars, owing to its rich Cuban heritage. CigarCity Brewing is making some tremendous craft beers, and several of them are designed to pair well with cigars. The Sugar Plum Brown Ale, which is brewed once a year for Christmas, is no exception. It simply tastes like Christmas in a bottle. Hints of spices, including cinnamon, nutmeg, and ginger, as well as faint coffee and chocolate flavors make this beer perfect to pair with a medium-full cigar. And, it’s not too overpowering at 5.5% ABV.

This is classified as a Barley Wine, and is one of the best offerings from Rogue Ales, which is most famous for their Dead Guy Ale and Yellow Snow IPA. At 12.0% ABV, it is not for the faint of heart. It has intense oak and chocolate flavors, and is perfect with a full bodied cigar.

In the interest of disclosure, GooseIsland is my favorite craft brewer, located in one of my favorite cities in the world, Chicago, IL. Now owned by Anheuser Busch-InBev, GooseIsland has done a good job of maintaining their Chicago area brewpubs. Sixth Day is their annual Christmas release, and the American Brown Ale’s recipe changes slightly every year. This year’s release is nothing short of outstanding, with a slight sweetness that belies its fairly high 8.3% ABV.

Blue Point Brewing Company is making waves in the craft beer world with their popular Toasted Lager and Hoptical Illusion beers. Their Winter Ale is an outstanding selection, and at 5.5% ABV, is a good winter release to try for people who are most accustomed to Bud Light or other domestic beers. Winter Ale has a good balance of malts and hops, which lead to a tasty, medium bodied beer that pairs well with a mild to medium cigar.

This is CigarCity’s most popular winter beer. According to brewmaster Wayne Wambles, it’s “a hybrid between an old ale and an English barleywine which is hopped with all American hop varieties. The result is a beer that has some deep toffee sweetness, spicy notes from the use of rye, hints of dark bread, and cake-like, candied fruit notes from the American hops that we use. It is 11% ABV and would work with a cigar that has fruit and toasted bread notes but could also work well with a cigar that has some mocha and slight leather expressions.”