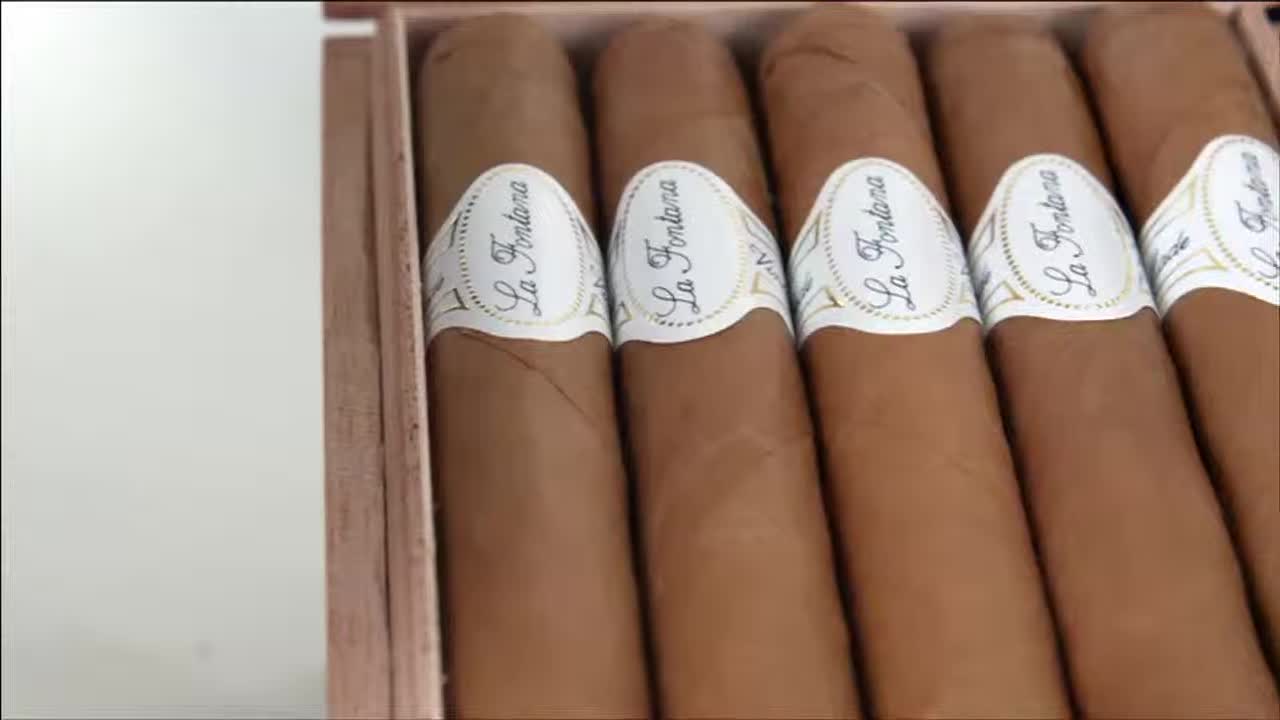 La Fontana Vintage Puccini cigars offer rich, creamy, and complex smoke in a mild to medium-bodied Lonsdale shape. A masterful blend of Cuban-seed tobacco grown in Rancho Jamastran Honduras rest in a velvety Connecticut wrapper with a sweetened cap. This is one of the most remarkable cigars around. Order now!

82% of reviewers recommend this product
write your own review
Prev 1 2 Next
5.0 stars
Great cigar.
for La Fontana Vintage Puccini
by Rene A Gonzalez in FL on January 03, 2022

Fontana cigars are excellent. I would like to know if they are going to make a little stronger cigar in the future Medium or maduro strength? Thanks

I’ve been smoking cigars a couple of years now and this was one of the best cigars so far. An even burn, great build, light draw, sweet taste. Every one of them from the box was the same. Perfect

For a mild cigar this is a good one for beginner cigar smokers. They burn great and Ive never had one not draw well. I would recommend this cigar highly.

Bought a box of Puccini's and received several Galileo's in a sampler pack. After going through all the Galileo's and most of the Puccini's, I must say this is a great, mild, consistent cigar for the money. Construction, appearance, aroma, burn, amount of smoke...all top notch and very consistent. Flavor is very mild and smooth, with some hints of toast and woodiness. A great cigar for the every day smoke. Must admit, I should've bought a box of Galileo's (robusto size) instead, as those had a bit more flavor than the Puccini's. Definitely money well spent.

... read more
5.0 stars
ONE OF THE BEST!
for La Fontana Vintage Puccini
by TRAVIS in FAIRLAND, IN on February 23, 2001
Verified purchase

THIS WAS ONE OF THE FIRST PREMIUM CIGARS I EVER SMOKED, AND I HAVE BEEN A FAN EVER SINCE. I HAVE TO ADMIT, I AM A FUENTE MAN, BUT THERE WILL ALWAYS BE ROOM IN MY HUMIDOR FOR LAFONTANAS

This is a mild cigar at a good price. I haveenjoyed them for over 10 years. They producea pleasant combination of relaxation and alertness.. Unlike stronger cigars, they don t give youa headache, a plugged nose, or insomnia. On average, one cigar in each box is plugged won t draw and cannot be smoked due to the makerrolling it too tight.

Don’t waste your money on this one.