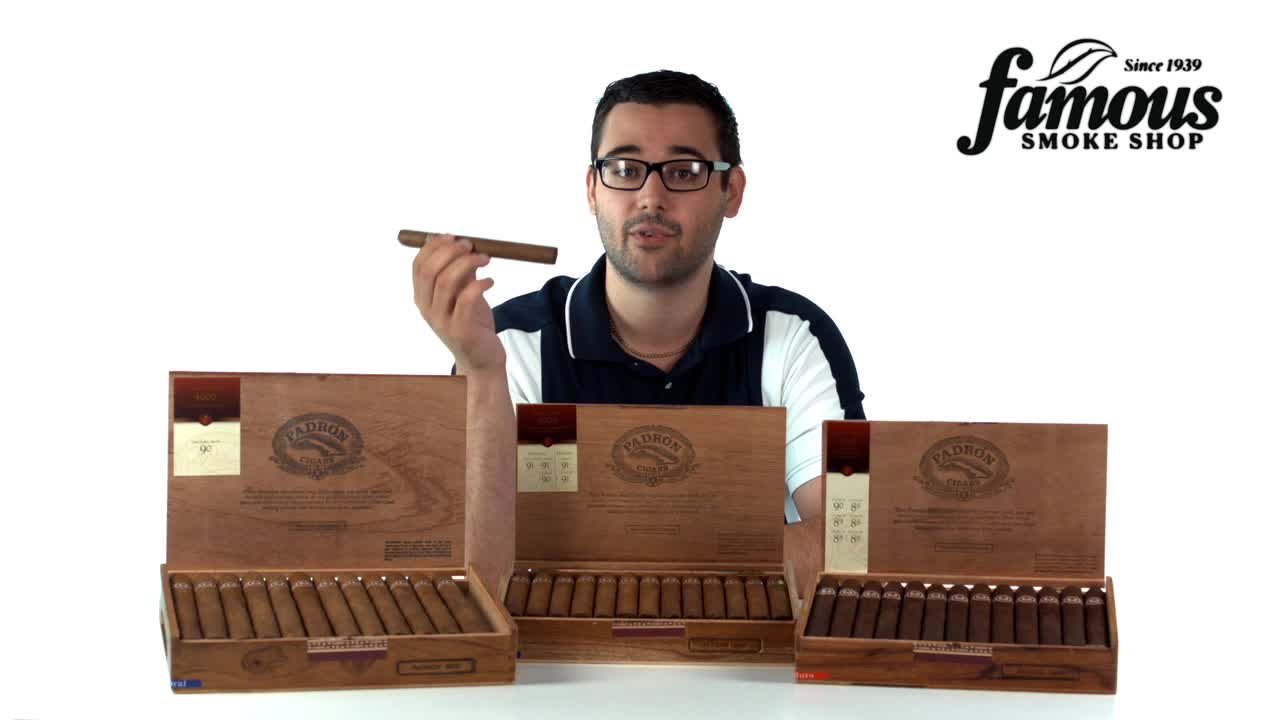 Padron Ambassador Natural cigars live up to its legacy. This medium-bodied lonsdale-sized puro delivers a stellar smooth draw with a razor-sharp burn. These cigars are rated 89 in both Cigar Aficionado and Cigar Insider. Its flavors of rich chocolate and coffee will surely win you over!

100% of reviewers recommend this product
write your own review
5.0 stars
Incredible!
for Padron Ambassador
by Mike Hanly in Kentucky on January 08, 2020

Excellent cigar. Perfect burn without need for constant touchups. 1.5 - 2 hour smoke. Amazing flavour. caramel, crisp fall air. not as harsh/strong/peppery as the anniversary series. perfect padron loose draw. high smoke output. exactly what you would expect from this manufacturer.bought a box a month ago and they are great without aging. highly recomend.

The smoke was unreal, great flavor, perfect draw, and it was as good from first puff to last. The only problem was an ugly ash, but i hardly consider that a real problem. It began to tunnel a bit about halfway through but it was easily corrected. I found myself sipping my drink a little more than i usually do, but that just made it more enjoyable both the drink and cigar. This has been the best cigar I've smoked in my young career.

... read more
4.0 stars
Reliable
for Padron Ambassador
by Stefan in City by the Bay on March 30, 2014
Verified purchase

Excellent construction, and a medium-to-full profile. Starts off as a medium, then becomes more interesting around the second third with the addition of black pepper, then gets progressively darker and fuller, albeit not complex. Burned for about an hour and a half. 89 points

... read more
4.0 stars
Fuller than I expected
for Padron Ambassador
by Anonymous in on November 03, 2009
Verified purchase

Hmmm...was expecting a laid-back, mild-med smoke but ended up being at the other end of the spectrum. Not that that's bad, just not what I was expecting based on the things I had read. Haphazard cap, which didn't affect the smoke, lovely oily wrapper, which I dug, and an even slow burn. Starts off peppery and the under current remains throughout the stick, though it mellows as the burn progresses. Had my first one on an empty stomach, and it caught me off guard. Easily a 45-60 min smoke, though you wouldn't expect it from it's size. Enjoyable under the right circumstances, with great smoke production...just don't expect it to be on the mild side.