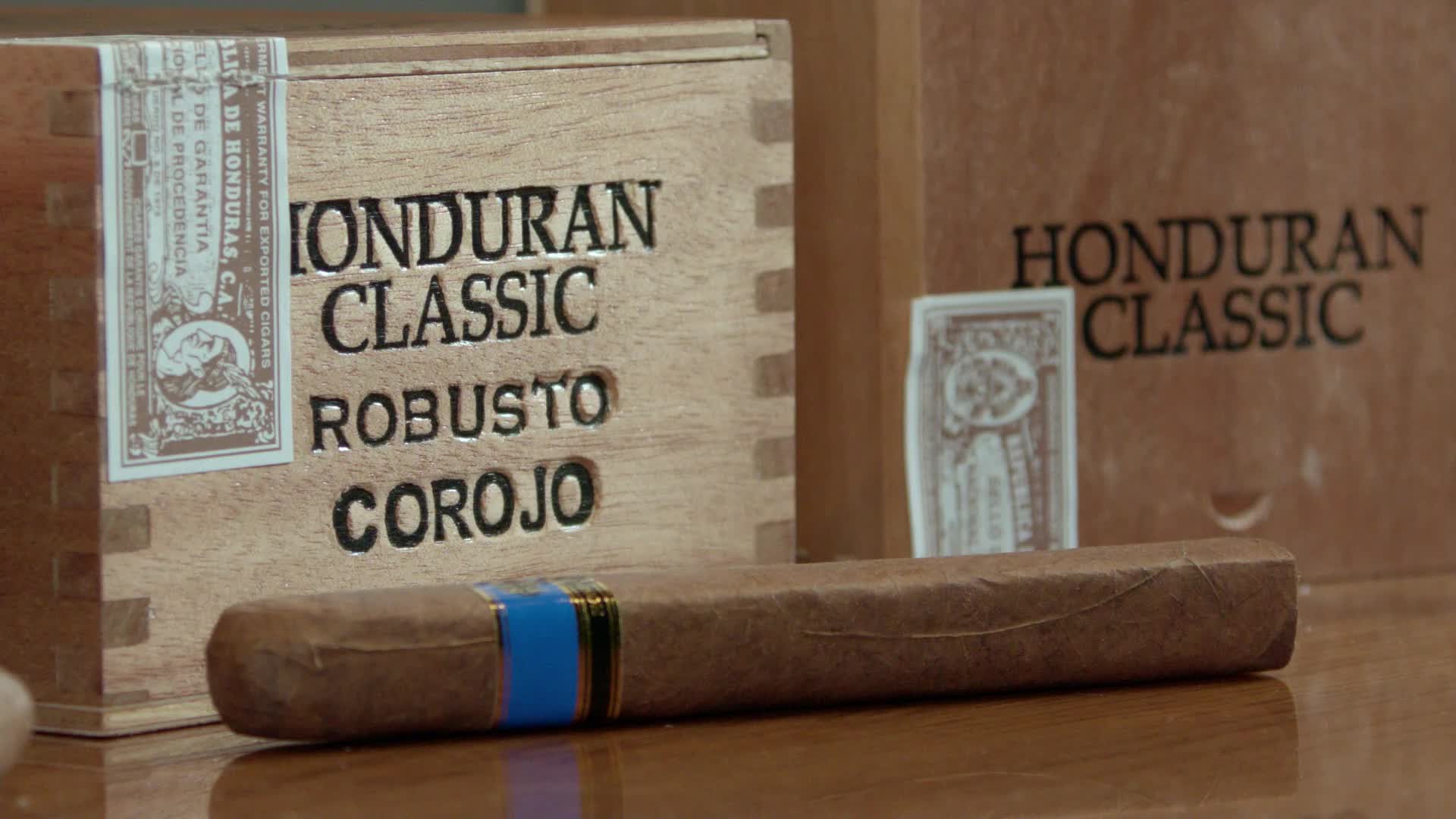 Rocky Patel Honduran Classic Toro premium cigars are just the ticket if you want a pre-Castro, Cuban-like smoke in a full-flavored Honduran cigar. A long-aged blend of Honduran & Nicaraguan tobaccos box-pressed in oily Corojo wrappers offer you a perpetual buffet of rich, juicy flavors. A must-try!

80% of reviewers recommend this product
write your own review
5.0 stars
Reliable cigar
for Rocky Patel Honduran Classic Toro
by norm marcus in Parkland FL on January 25, 2023

These are among my favorite cigars, because they are fairly priced, they taste great and they are constructed well. They are medium to full bodied and are always enjoyable.

I m currently trying different RP cigars and this is a standout for me. Its medium to full and the flavor profile is amazing not to mention the aroma. Spice at the match and it weaves throughout the whole burn offering many other flavors to chase. Great stick, just ordered a box. This is a much better cigar than the ratings would lead you to believe. Impressive.

... read more
5.0 stars
Enjoyed so much that I reordered to stock the hum
for Rocky Patel Honduran Classic Toro
by TJJ in Michigan on February 21, 2007
Verified purchase

Medium to full bodied. Box pressed but a few rolls with the fingers restores roundness. Even burn with nice long ash. Flavorful begining to end. At this price I passed a few on to friends and their reports back were a good balanced enjoyable cigar. Not as spicy as some other Rocky Patels. The free box of 40 Juniors sealed the deal.

... read more
4.0 stars
Almost as good as a Rocky Vintage
for Rocky Patel Honduran Classic Toro
by Florian in Miami, FL on June 04, 2010

Seeing the mixed reviews, I didn't have much hope, but this is a beautiful box-pressed cigar. Burned pretty well, decent buzz, good flavor all the way.

... read more
4.0 stars
I gotta give credit where credit is due!
for Rocky Patel Honduran Classic Toro
by Mick in Lakewood on May 15, 2008
Verified purchase

As I always begin, cigar preference is very subjective. To me this is a great cigar, and worth the $5 price. The taste was excellent and complex, with no negative detractions. The draw was as good as it gets. I have found RP cigars to be quite inconsistent, but this one is a winner.

... read more
4.0 stars
Not The Best From Rocky
for Rocky Patel Honduran Classic Toro
by NA Johnson in NY on September 20, 2007
Verified purchase

Having smoked almost all of the RP cigars out there, this is not his best. Don't get me wrong, the stick looked very nice out of my humidor, the burn was pretty even throughout, draw was good and a nice ash that held. But the flavor was inconsistent, a little hint of spice here and there but nothing that was a standout.

Not particularly a fan of RP, however as a throw-in on one of my orders the Honduran Classic Toro turned out to be the cigar of the day during a round of golf. My buddy and I enjoyed the full flavored stick and will try other RP products.

... read more
2.0 stars
Not Vintage quality, but got it done on the course
for Rocky Patel Honduran Classic Toro
by Mark in Maryland on March 25, 2013
Verified purchase

I saw a couple reviews comparing this to Rocky Vintage. Not fair. This isnt in that category. I smoked this on the back nine while golfing. It was a rather smooth smoke, and had pretty good flavors, but conitnually had burn and draw issues. I had to relight a few times and it wasnt due to negligence on my part. Had a tight draw and inconsistent burn. Started off well, but gradually worsened to the end. For the price, overall not bad, especially for an outdoor golf outing.

I am very disappointed in this cigar in almost every way. After loving the 90/92 vintage series and almost everything Indian Tabac has to offer, I decided to buy up as many different types of Patels as I could find (which has significantly damaged my high opinion of Patel cigars). This "Honduran Classic" was only consistent in one way... Consistently inconsistent. Keeping this smoke burning was nearly impossible in any weather condition, indoor or outdoor. Out of the package (boxes and samplers), the looks of every one of these cigars leaves much to be desired (Of the Honduran Classics I received in samplers, some had significant wrapper damage). The flavor was very poor. This could have been due to the horrible burn, bad draw and seemingly poor construction... However since every one of them I smoked was plagued with these same problems it becomes a firm characteristic of the cigar taste, not just the performance. Overall, I would prefer most bundle cigars over this one. If you have Patel favorites, enjoy them, but stay away from this one, less you want your overall opinion of Patel smokes dropped.