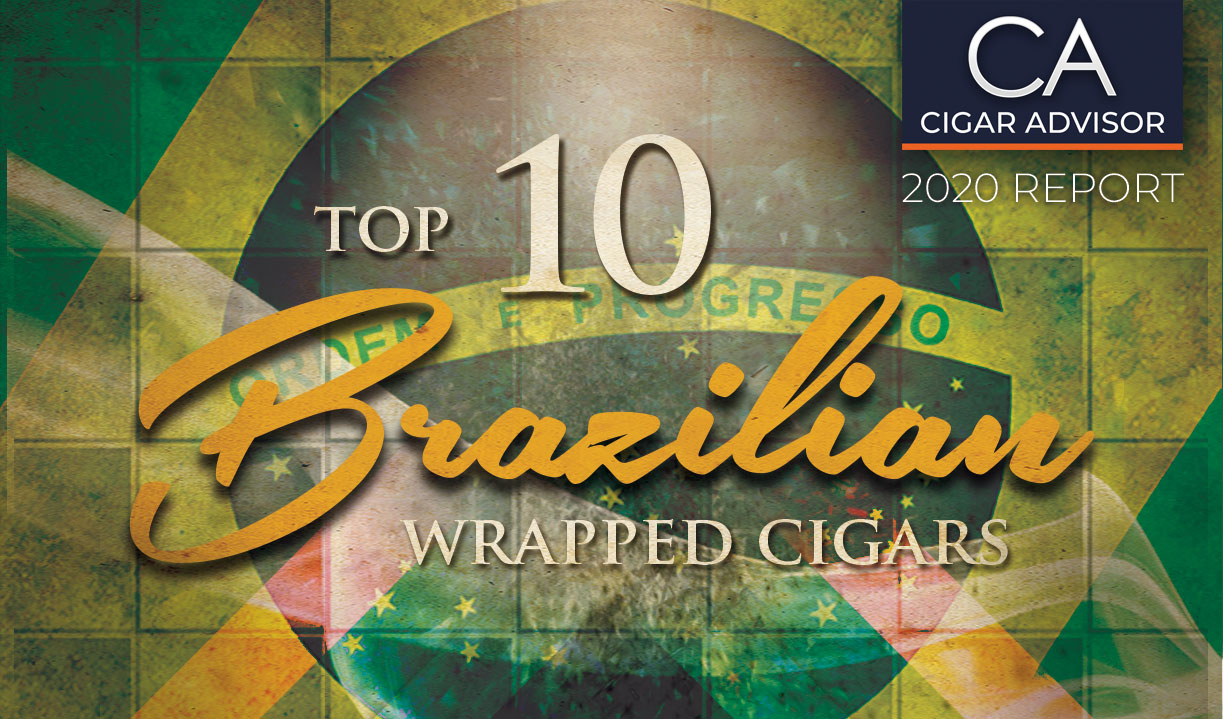 A Brief History of Brazilian Tobacco in the American Cigar Market

Sixty years ago, you couldn’t purchase Brazilian tobacco (without some serious connections) let alone smoke cigars that included it. That seems like a long time, but for an industry tracing its roots back to the 1400s and beyond, it’s basically yesterday. Believe it or not, Brazil is now the largest exporter of premium tobacco in the Americas. Not Cuba. Not Honduras or even Nicaragua…but Brazil.

It wasn’t until around 20 years ago that their tobaccos started gaining popularity. In 2001, Tim Ozgener, whose family owned CAO cigars, bucked the warning pleas of his marketing team and named his latest cigar ‘CAO Brazilia.’ Back then, nobody cared about Brazilian tobacco and conventional wisdom said it was a terrible idea. Ozgener’s move was bold, but it obviously paid off…CAO Brazilia went on to become one of the most successful cigar brands in recent history. And so, a new trend emerged seeing Brazilian tobaccos not only more often used, but being advertised as well.

Growing regions are important. The soil composition, climate, and geography all play a critical role in a tobacco leaf’s flavor characteristics. The Bahia region of Brazil is special in this regard because there’s a lot of variety packed into one location. Unlike most countries that have one primary set of conditions that make their tobacco distinctive, the Bahia region is diverse with a multitude of microclimates that make for very different flavors. In fact, those different locations (Arapiraca, Mata Fina, Mata Sul, Mata Norte, etc.) are how Brazilian tobaccos get their names. 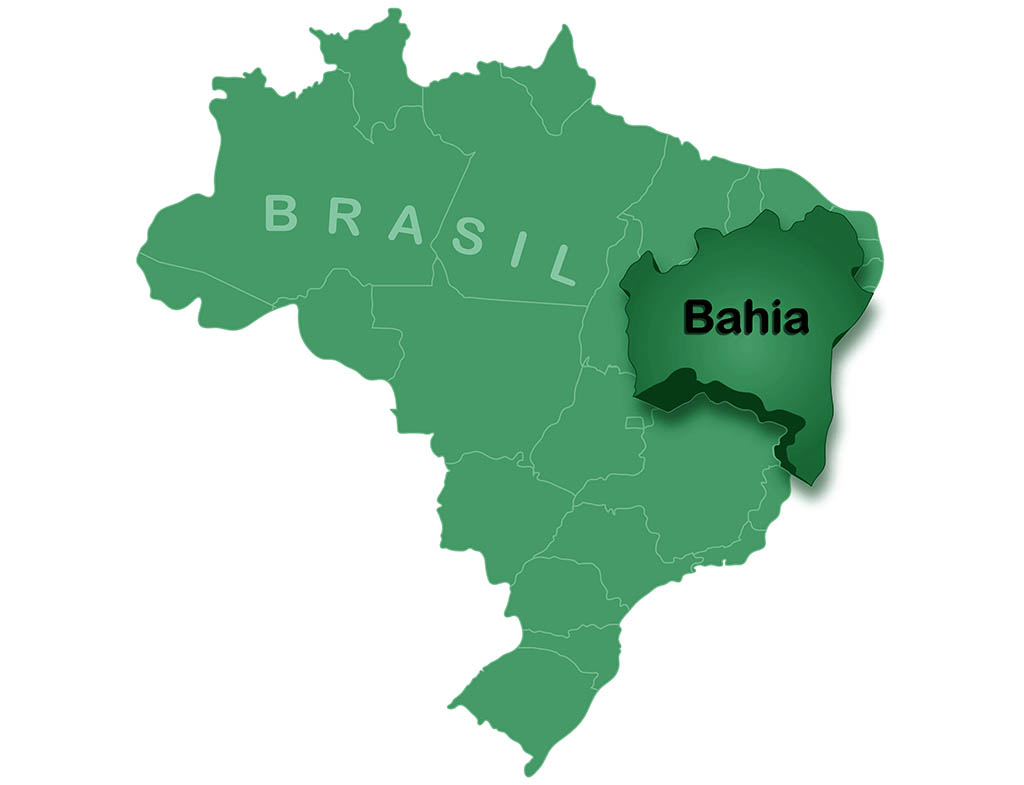 Check out our list of 5 Things About Brazilian Tobacco, which goes more in depth into each of their flavor profiles and beyond.

We’ll be focusing on two of the most popular Brazilian wrapper tobaccos throughout this guide. Arapiraca, which is typically the mellower of the two and well-suited to fermentation due to its thicker leaves. And Mata Fina, a naturally sweet leaf that is often earthy, lightly spicy, and perfect for making Maduros.

Note: Most of the cigars in this guide are Maduros, and that’s because Brazilian tobacco leaves take to fermentation incredibly well.

Is there a Brazilian-wrapped cigar that you love? Let us know in the comments below!

The ever-popular CAO Brazilia is featured here in a Famous-exclusive size called the Piranha, and for good reason: its pint-sized 4½” x 46 frame offers quite the bite. The profile is drenched in dark, velvety notes like coffee, baking chocolate, cream, and a spicy, earthy sweetness. With a low price that’s just as impressive as its flavors, it’s a prime stick for any full-bodied enthusiast yearning for a quicker smoke.

Brazil on a budget. La Aurora’s always had a knack for making delicious smokes at bargain prices, and their La Aurora 1495 Brazil line has gone all-in. With Brazilian tobaccos in every nook and cranny of the blend, I found pats of dark wood, sweet spices, and a good helping of pepper on the finish. I won’t tell you it’s the best, but it’s damn good for the short money you’ll dish out for a box.

One of Espinosa’s biggest hits was the original Laranja, but it seems Erik Espinosa found lightning in a bottle twice. Scoring rave reviews right out of the gate, Laranja Reserva Escuro traded its original leaf for a tangier Brazilian Mata Fina. This ups the spice and sweetness and produces big, chewy plumes of smoke from every puff. I loved the blend’s savory flavors that reminded me of hickory, leather, and even a pinch of creamy salted butter. I’d say the hype is real, but I’ll let your taste buds be the judge.

With a shorter format that gets right to the ‘sweet spot’ without compromising smoking time, NUB has earned favor with cigar smokers who crave big-ring sticks. There’s plenty of smooth flavors like sweet cream, dark cocoa, java, and a ribbon of dark toffee throughout. Along with some pepper for the full-bodied fans, too. If you like your cigars of the stronger and sweeter persuasion, this is going to be a dead ringer for your humidor.

Put Willy Herrera in a blending room, and good things will happen. Put him there with Brazilian tobaccos…and just wait for the fireworks to fly. Herrera Esteli Brazilian Maduro boasts a textured smoke that activates every part of the palate. It’s got what Willy calls a “gritty, floral sweetness” that I found to serve up refined earth and wood, and an aromatically sweet finish that’s loaded with white pepper. This is the type of cigar that will wash away 40 hours of suck and kickoff your weekend.

“The Alec Bradley Sun Grown smokes like a cigar twice its price.” Looks like Famous customer, Eric from Colorado, did all the heavy lifting for me. He’s right, though…Alec Bradley Sun Grown does smoke above its price tag. With notes of dark chocolate, cream, wisps of cedar, and a balancing act of black pepper and spices, this is a full-bodied smoke overflowing with flavor. It’s a prized addition to the Famous family of exclusive cigars, that fetches a fair price, too. Alec Bradley Sun Grown has value written all over it.

Cream always rises to the top, and that’s exactly why AJ Fernandez is the name you trust to craft bolder cigars. And what this Cuban native has done with Brazilian leaves…is nothing short of astounding. I enjoyed a lofty, dense smoke that’s dripping with natural tobacco sweetness, nuances of chocolate, and a silky smoothness to balance the peppers and spice. Bella Artes Maduro is a typical AJ smoke with a Brazilian twist, and that’s a winning combination in my book. If you’ve tried it, let me know if you agree!

Who said the infused fans can’t have some Brazilian-laced fun? Originally a collaboration between Rocky Patel and Drew Estate, Java stands neck and neck with Tabak Especial for the ‘most popular coffee infused cigar’ title. Where most of coffee-flavored cigars taste more like chocolate, Java seems to have the most coffee influence. With additional notes of light mocha, sweet cream, and a sweetened cap, this is one dessert cigar that commands your palate’s attention with every sugary puff you take.

You know…Mac doesn’t get much love these days, but cigars like Macanudo Inspirado Green are decidedly love-worthy. Releasing earlier this year, this Brazilian beauty sports a trifecta of leaves from all over South America and a flavor profile drizzled in citrus, a tangy sweetness, and some medium-bodied pepper on the finish. The cigar’s listed as full-bodied, but to me, it smokes closer to medium, only occasionally crossing the line into medium plus territory. Green is the lightest fare (other than Java) on this list, so if you’re newer to the love of the leaf, this may be the one to tag first

Speaking of not getting much love, 7-20-4 is a brand that flies below the radar, but shouldn’t. Let’s talk about complexity. To my palate, this is the most complex stick on the list. Considering it’s got six country’s worth of tobacco’s stuffed inside it, it damn well should be! There’s a refined smoothness to the smoke from an additional 120 days of aging in Spanish cedar boxes, along with a heaping plateful of cream, coffee, and even a touch of caramel. Top that off with a spicy finish that says hello without overpowering…let’s just say the ‘wow’ factor is high!

Z-Man, my friend, I’d like to report a glaring omission. The Judge by J. Jesus L. Fuego. With it’s Brazilian Mata Fina wrapper, is an absolute gem of a cigar. In my humble opinion, the “Villainy” (corona gorda) size is best. Please re-visit when you get a chance.

Love the Laranja, but can be sneaky strong. Only cigar I’ve actually hurled on. And yet, sometimes they seem very mild. A little inconsistant on strength. But very tasty.

Thank you for this list!
I have been smoking cigars for about six months now and have found my favorites so far come wrapped in a Brazilian wrapper!
Tonight I tried the Herrera Esteli Brazilian maduro and it was sublime!
Can’t wait to try others on your list. I’ve had the CAO Brazilia and it is fantastic as well.

What about Danneman ? Why cant I find cigars from.Brazil?

It’s not a brand that’s carried at Famous Smoke Shop, so we’re unable to include it. While cigars with Brazilian leaves are common, Brazilian-made cigars are not so much. Thanks for reading!