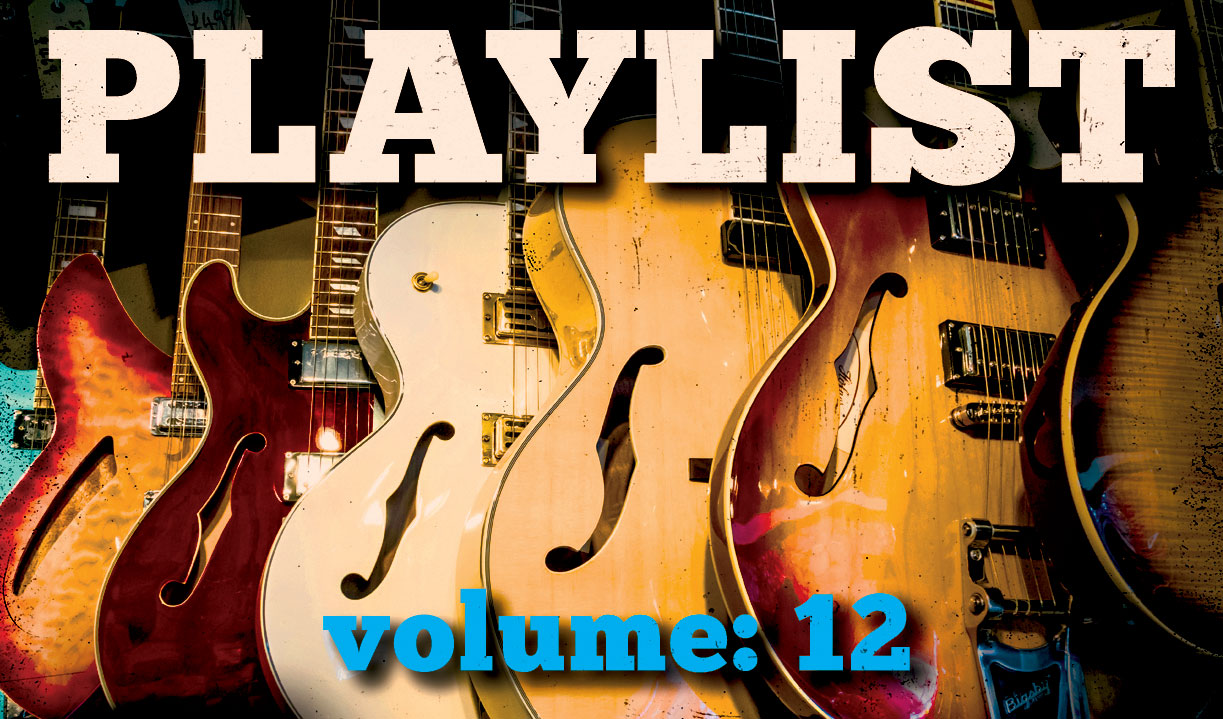 We already know that you love cigars. If you’ve got ears, chances are that you enjoy at least some kind of music. Now that we’re just a hair shy of 50 songs paired with our favorite cigars, the chances are even better that you’ll find something you like. Maybe even love. 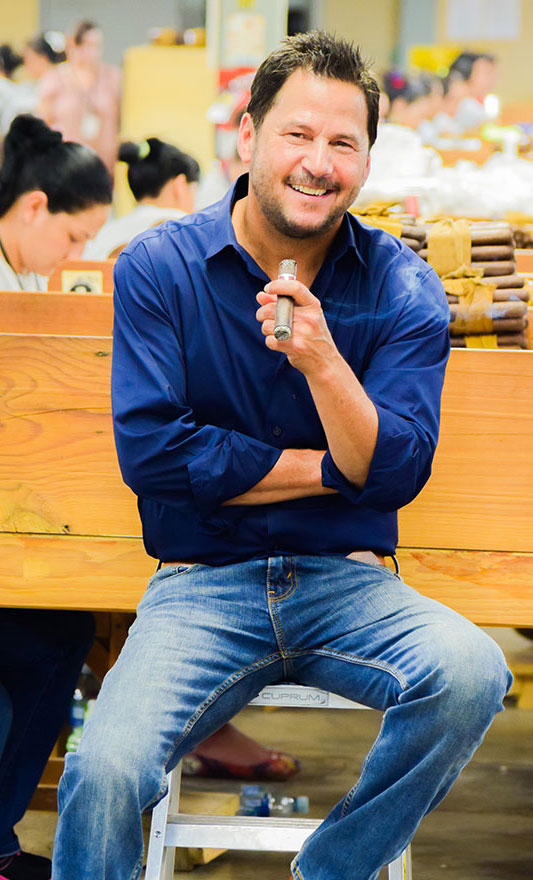 Hair metal, classic rock, jazz, hip hop, alternative…it’s all here. And it’s all FREE via our official Spotify playlist. What can we say? We’re as elective a bunch as they come. Plus, we’ve had some help from Jose Blanco, Ernesto Perez-Carrillo, Nestor Plasencia, and more. CAO master blender, Rick Rodriguez weighed in this month with his pairing and took us on a time machine back to 1981. He paired his selection with one of CAO’s most popular smokes. Check that out and more below. As always, if you have a perfect song and cigar duo, let us know in the comments!

“Waiting on a Friend” – The Rolling Stones

If you’ve never smoked a CAO Flathead, it’s as good a time as any with summer well underway. The brand is meant to pay homage to a bygone era of sun-drenched muscle cars and drag strip thrills. And speaking of muscle, that’s exactly what you’ll find under Flathead’s hood: Nicaraguan spice, and some extra bang and body from a well-fermented Connecticut Broadleaf.

“Waiting on a Friend,” to me, is about getting your friends together and enjoying your favorite cigar. The upbeat message pairs well with the flavor and body of the Flathead.

Juarez by Crowned Heads was blended to be an affordable alternative to Crowned Heads Cigars’ Jericho Hill selection. Now, there are a couple of things worth pointing out. Crowned Heads founders Jon Huber & Mike Conder like to draw inspiration for their cigars from music. Take Johnny Cash’s “Cocaine Blues,” for example. Jericho Hill is the town the song’s sheriff is from. Juarez, Mexico is where the sheriff arrests Willy Lee, who has been using the name, Jack Brown while on the lam. See the connection?

The formidably-sized “Jack Brown” is shared by both selections, including the dark, oily Mexican San Andrés’ maduro wrapper, Sumatra seed binder, and Dominican-Nicaraguan filler core. It’s also full-bodied, but the most distinctive difference is that the Juarez Jack Brown isn’t box-pressed and about three dollars cheaper. The cigar issues a profusion of milky smoke that imparts an ever-shifting medley of leather, cedar, black pepper coffee, and molasses on a long, sweet-spicy finish. The Juarez Jack Brown is not the kind of cigar you want to smoke on the run; it’s best suited for more relaxed situations paired with a good bourbon or rum. 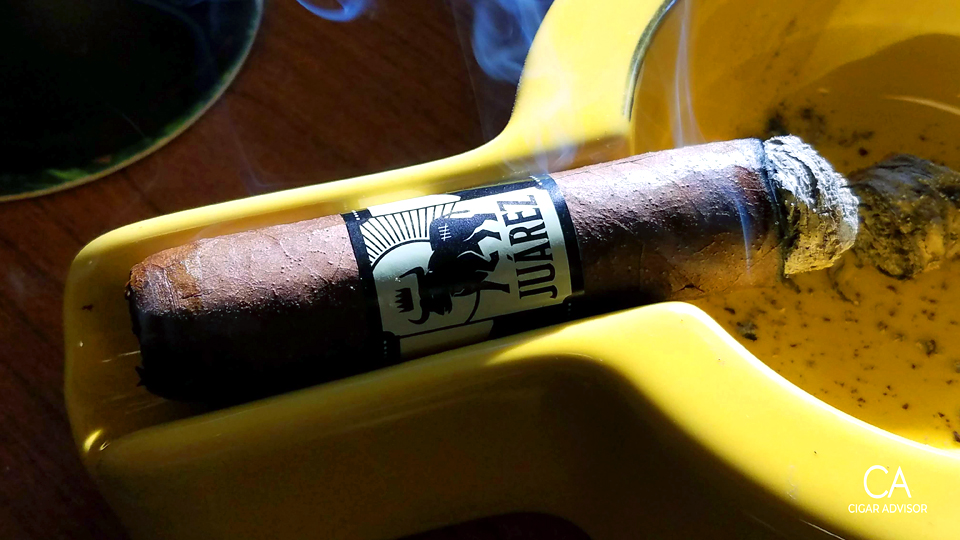 Keeping all that back story about Cocaine Blues in mind, the Juarez has just the right look and feel for a song like “Guilty As Charged.” If you’re a fan of the movie, Walk Hard: The Dewey Cox Story, even better. Walk Hard, with John C. Reilly playing the title role, has become a cult classic with some of the funniest dialogue and skillfully crafted songs that perfectly parody Elvis, Roy Orbison, The Beach Boys, Bob Dylan, and Johnny Cash, among others. The movie’s title track and “Guilty As Charged” are closest to the Cash sound, whereas “Guilty” seems to have borrowed more from Vaughn Monroe’s hit recording of “Ghost Riders in the Sky” with its Mariachi horns and baritone backup vocals. Add the corny lyrics, and I dare you not to crack a smile.

Dewey may have been a cheap imitation of Johnny Cash, but he was a hell of a lotta fun to listen to. And even though the Juarez Jack Brown isn’t an exact duplicate of the Jericho Hill, it is virtually identical, and a hell of a good cigar to smoke.

Their reputation for mellow, creamy cigars is well-earned (there are plenty of examples in their lineup) – but Escurio is the wild card in Davidoff’s deck, in my opinion.

Oh, it starts off with the same mellow feel. But soon enough, the punchy Brazilian tobacco – combined with the flavorful jump of Habano – lays on toasty tastes of wood, leather and (eventually) honey, in a rich and extra-creamy smoke. Strength builds alongside the intensifying flavors and boy does this get complex.

The hardest thing is figuring out which part of this cigar captures my interest most: rich, sweet, or toasty.

Samba may be Brazil’s music, but Escurio has got some swing…which makes me want to turn you on to a well-kept secret called New Guitar Summit, a jump-swing trio of guitar players. Jazz guys will know the names Duke Robillard and Gerry Beaudoin; rock guys know J. Geils.

He has found his jazz side, as well as two very talented friends with whom he can trade some sweet licks in a heavy jump, almost Django-ish set of tunes. “Just Among Friends” has some body without being overbearing, and everybody takes a turn with a solo of his own. It’s a nice vibe that, when I recently rediscovered this album, whispered, “Chill TFO, Johnny, let’s sit back and smoke.” What’s even better is how the tracks all just flow together.

This is easy-going background music, but New Guitar Summit is certainly not a set-and-forget record. There’s a lot of interesting stuff happening here – and like the Escurio, I think it will definitely capture your interest.

It seems every time someone’s talking up a cigar, AJ’s name is on it. He’s gone beyond prolific by not only working with everyone, but by appealing to the smoking everyman who just wants a flavorful kick in the pants now and then. To me, his solo projects rise above his collaborations, but one of his latest – Bellas Artes – has reached higher than most. The profile is dark, creamy, and complex. I found hints of citrus and sweet cedar among big helpings of pepper and spice. It’s kind of a throwback in flavors, but contemporary in terms of how much of it you get. Speaking of throwbacks…

…that’s pretty much “So Strange” in a nutshell…80s vibes in a digital-age package. Even more so in the version this video shows. There’s a brief interview but go ahead and skip to 1:17 to get straight to the music. You’ll find “So Strange” is upbeat and energetic – a contrast from the darker story that’s behind it. I specifically chose this stripped-down cut because it puts me in a different mood. I’m more relaxed listening to it. Unfortunately, this version was never officially released…but at least I know where to find it. Now you do, too. 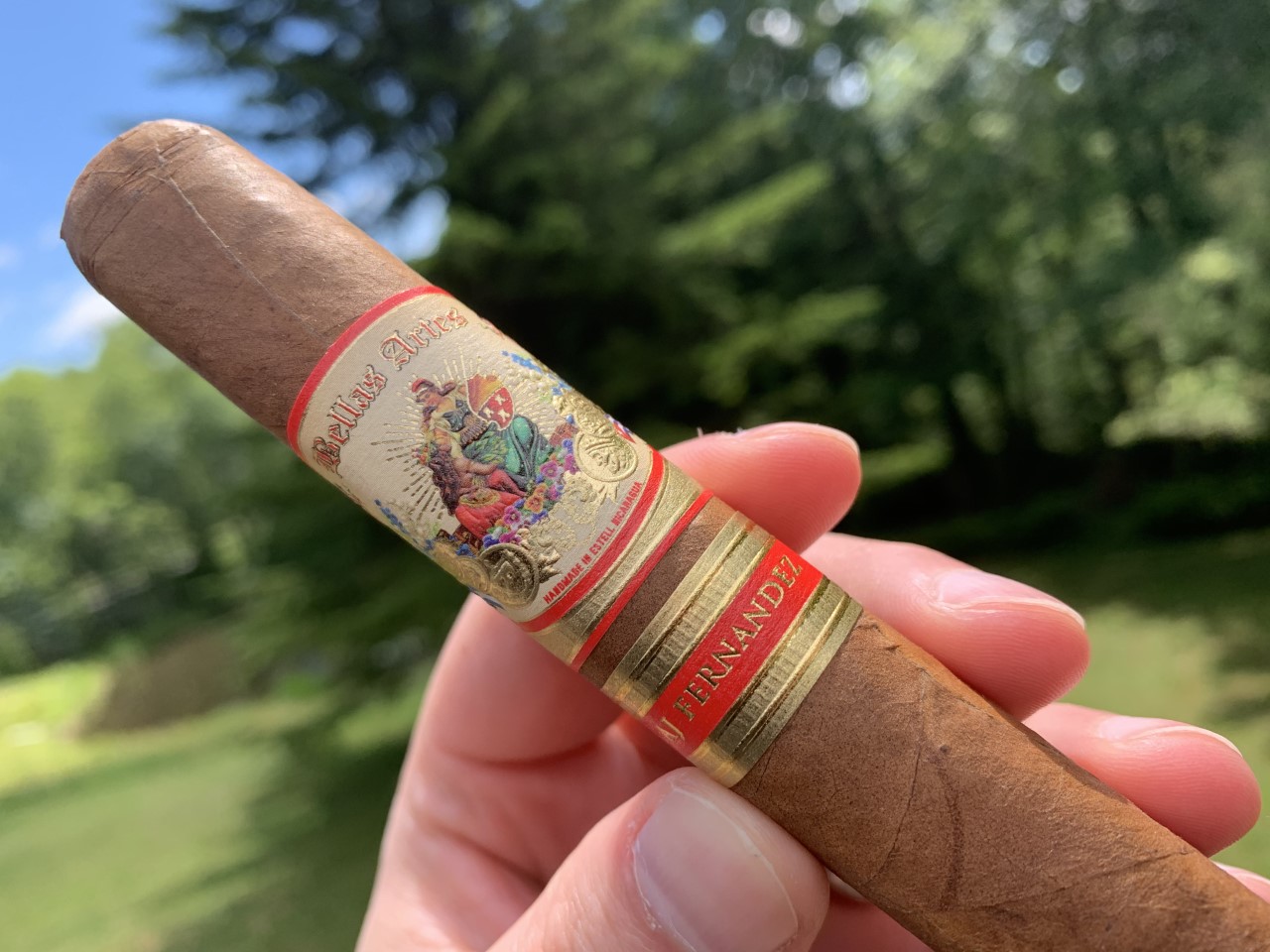 So, why do they pair well? From sparkling synths, to upbeat and antiquated-sounding drums…her voice. You wouldn’t think they’d work together. Yet, they do. Not by accident, but because of what their guitarist says in the interview. They create by playing to their strengths.

And sneaking a peak at the tobaccos AJ chose for Artes, I wouldn’t think they would work together, either. What I’d expect is a shouting match of which tobacco can speak the loudest. But AJ’s wrangled them into nuanced order and every flavor gets its turn. He too, knows his strengths.

Bottom line, it’s probably not a song you’d think to go well with a smoke, but I found it to be a relaxing way to zone out. Why not join me?

Note: if you want to see the original song in video format, here’s a link. Be warned, there are some NSFW moments.