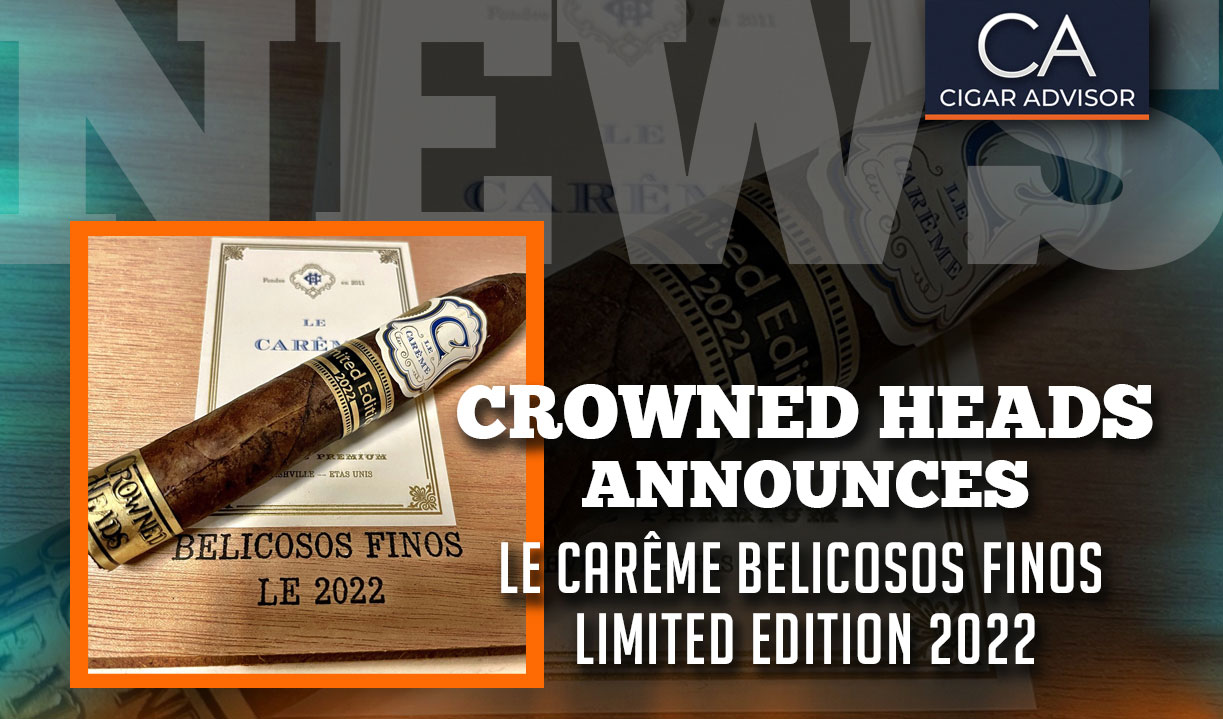 NASHVILLE, TN – Crowned Heads Cigars has announced the highly anticipated release of the limited edition Le Careme Belicosos Finos 2022 cigars. This year marks the fourth edition of the highly-rated cigar that was originally inspired by the Cuban Bolivar Belicosos Finos. Rolled to 5½”x52 dimensions, unlike the other trunk-pressed shapes in the Le Carême selection, the LE 2022 is a parejo.

Made at Tabacalera Alianza in Santiago, Dominican Republic under the direction of Ernesto Perez-Carrillo, the blend consists of a dark, lustrous, Grade A Connecticut Broadleaf wrapper that surrounds a blend of Nicaraguan fillers bound in an Ecuador Sumatra binder. Presented in boxes of 12 cigars, production has been limited to only 3,500 boxes, or 42,000 cigars in total for global distribution.

“Since we launched the Le Careme brand six years ago, it has consistently remained one of the top performers in our portfolio,” said Crowned Heads co-founder, Jon Huber. “That said, there is really something special in how the blend translates in the belicoso fino vitola and I think that is evident in the popularity and demand for this limited-edition release.”

Mr. Huber added that having “survived the Connecticut Broadleaf crunch,” this year they were able to boost production to cover the increased demand. The suggested list price for Le Carême Belicosos Finos LE 2022 will be $11.95/cigar. CA