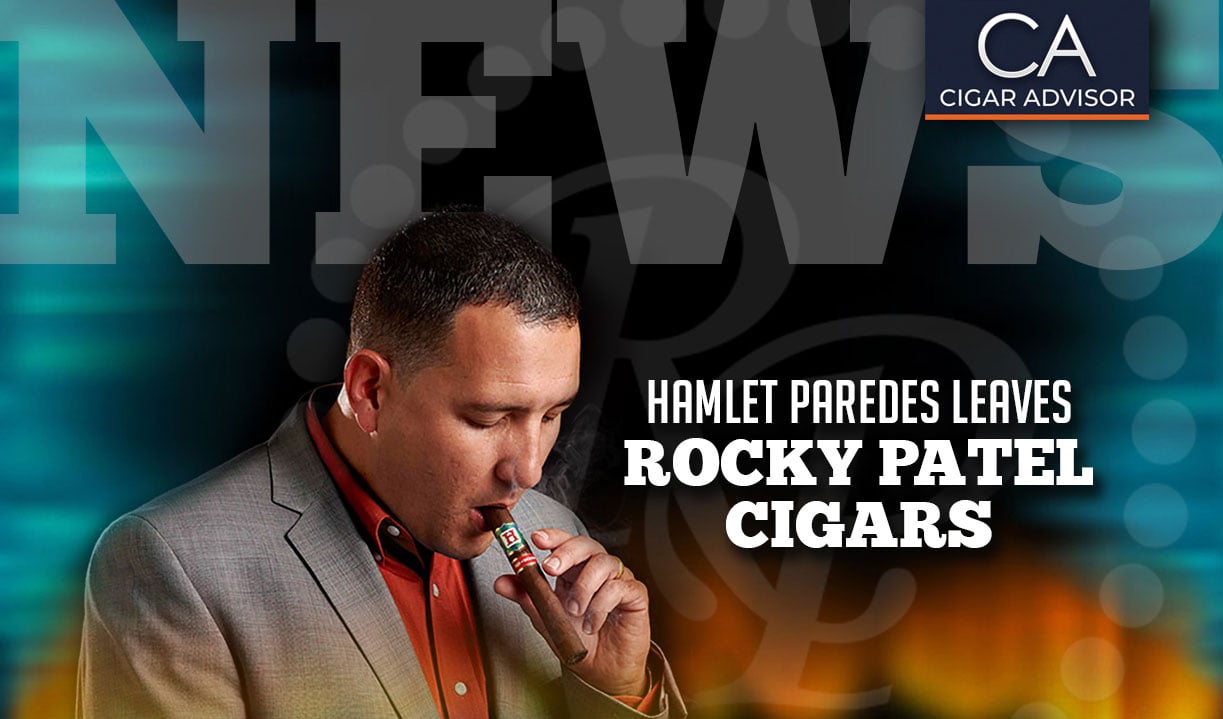 Paredes began his career as a cigar roller for Cuba’s Partagás cigar factory. Later on, he became an ambassador for Habanos S.A. In this role he traveled the world doing in-store rolling demonstrations. After meeting him at a London rolling event, Rocky Patel offered Paredes a job that began in 2015.

Rocky Patel released several “Hamlet” selections during Paredes’s seven-year tenure with the company including Tabaquero by Hamlet Paredes (now discontinued) and Hamlet 25th Year. Reviews of the Hamlet Liberation Toro and the Hamlet 2020 Toro can be found on the Cigar Advisor website. Rocky Patel Premium Cigars will maintain complete ownership of the Hamlet lines and the brand trademark. CA