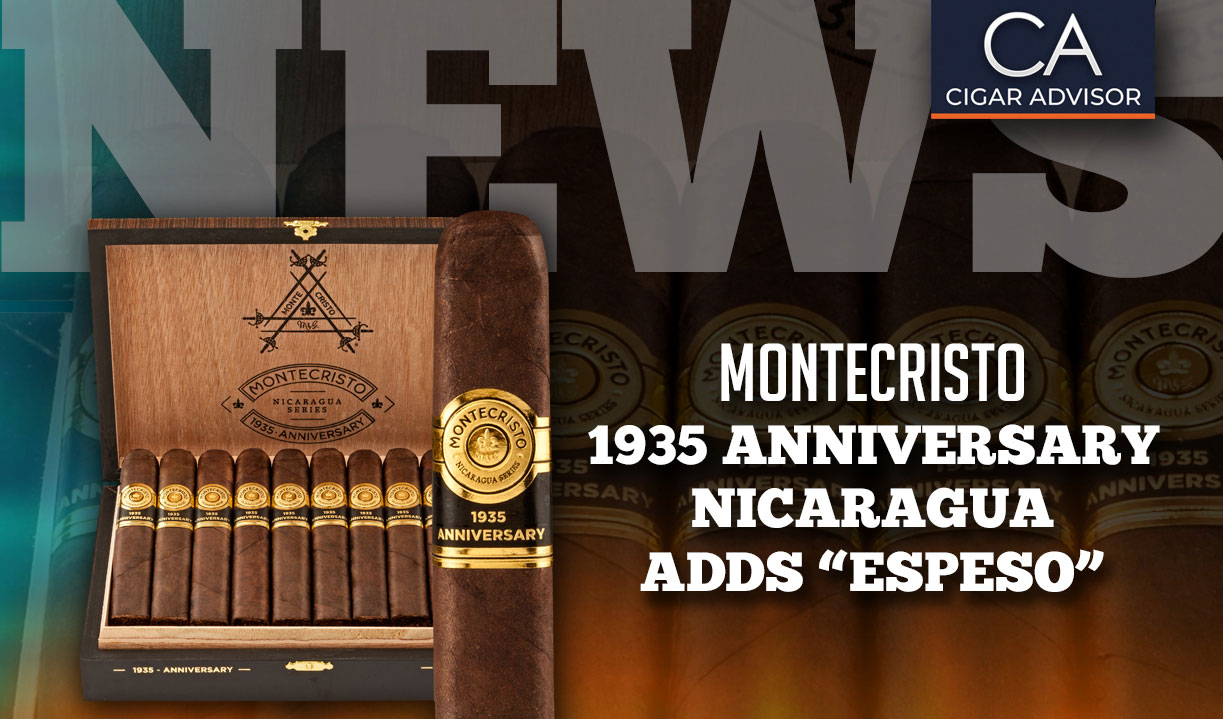 MONTECRISTO 1935 ANNIVERSARY NICARAGUA ESPESO SHIPS TO RETAILERS IN MAY

FORT LAUDERDALE, FL – The award-winning Montecristo 1935 Anniversary Nicaragua cigars selection is adding a new 5½x60 Gordo shape to the line. Named ‘Espeso,’ which is Spanish for “thick,” the cigar will ship to retailers on or about May 1, 2022. Presented in a soft box-pressed format, like its band mates Espeso also pays tribute to the first Cuban Montecristo cigars made in 1935, but with an all-Nicaraguan leaf blend created by AJ Fernandez and Rafael Nodal.

“The Montecristo 1935 Anniversary Nicaragua blend works incredibly well in the new Espeso vitola,” said Altadis U.S.A Head of Product Capability, Rafael Nodal. “This is why AJ Fernandez and I decided it had to be the first size extension in the line after receiving Cigar Aficionado’s #2 Cigar of the Year in the No. 2 size. In my opinion, the new size amplifies the flavors and complexity of the blend.”

The Montecristo 1935 Anniversary Nicaragua Espeso has a per-cigar MSRP of $18.00.

Reading Time: 8 minutes We are insanely passionate about our coffee; we’re the same way with cigars. And when you pair the two, magical things happen on the palate and in the olfactory senses. Learn why cigars go great with this beloved brew, plus our Top 10 great cigars to pair with it.