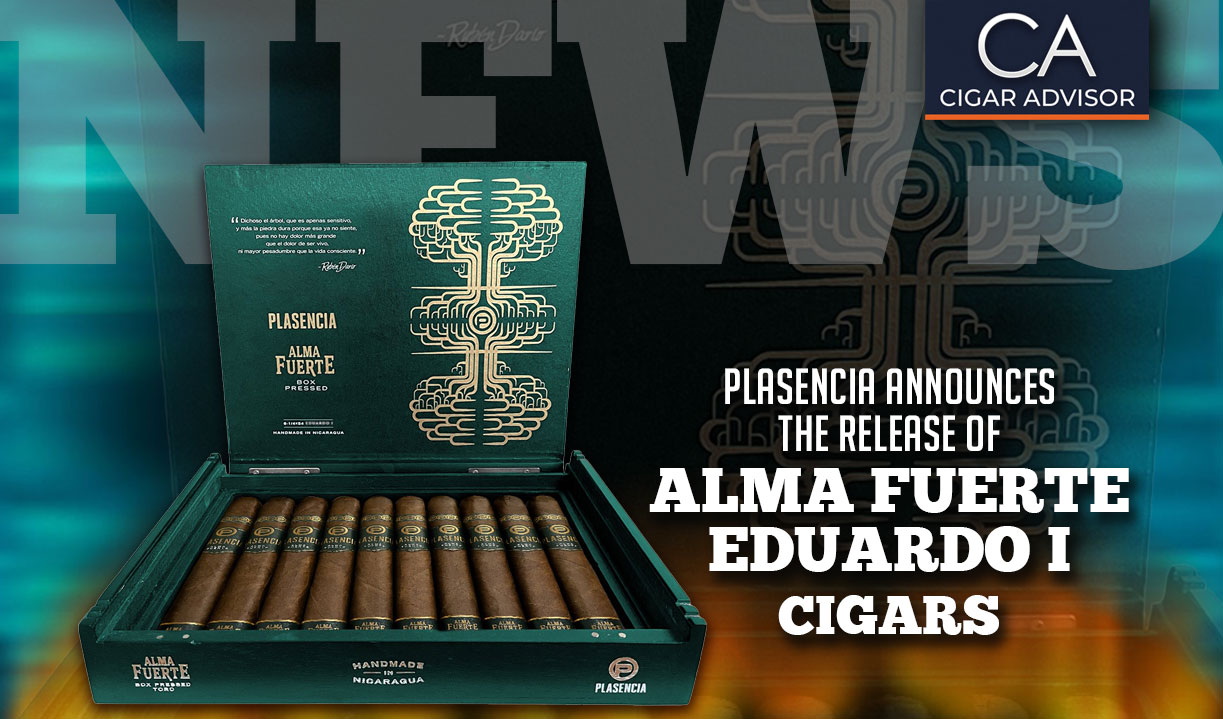 Named for “the Pioneer” of the Plasencia Tobacco Family

Grown by Plasencia, the Nicaraguan Colorado Claro wrappers were aged for over 10 years and they cap an all-Nicaraguan binder and filler blend. The result is a smooth smoking puro with notes of cocoa and almonds that transition to a hints of nutmeg and cedar in the final inches.

“It is important for us to continue to acknowledge our family history and use them as inspiration as we go forward,” said Plasencia Cigars CEO Nestor Andres Plasencia. “Eduardo Plasencia took a major risk by crossing the Atlantic Ocean to start farming tobacco in a faraway land. Without him, there would be no Plasencia tobacco family.”

The Plasencia Alma Fuerte Natural Eduardo I is presented in a 10-count box with a per-cigar MSRP of $20.60.  CA

Reading Time: 2 minutes #nowsmoking Olor Nicaragua Sun Grown – made by Perdomo, it’s a Nicaraguan puro “you can smoke it any time of day.” Click now for our review, and what you should know about this cigar, delivered in under 60 seconds…