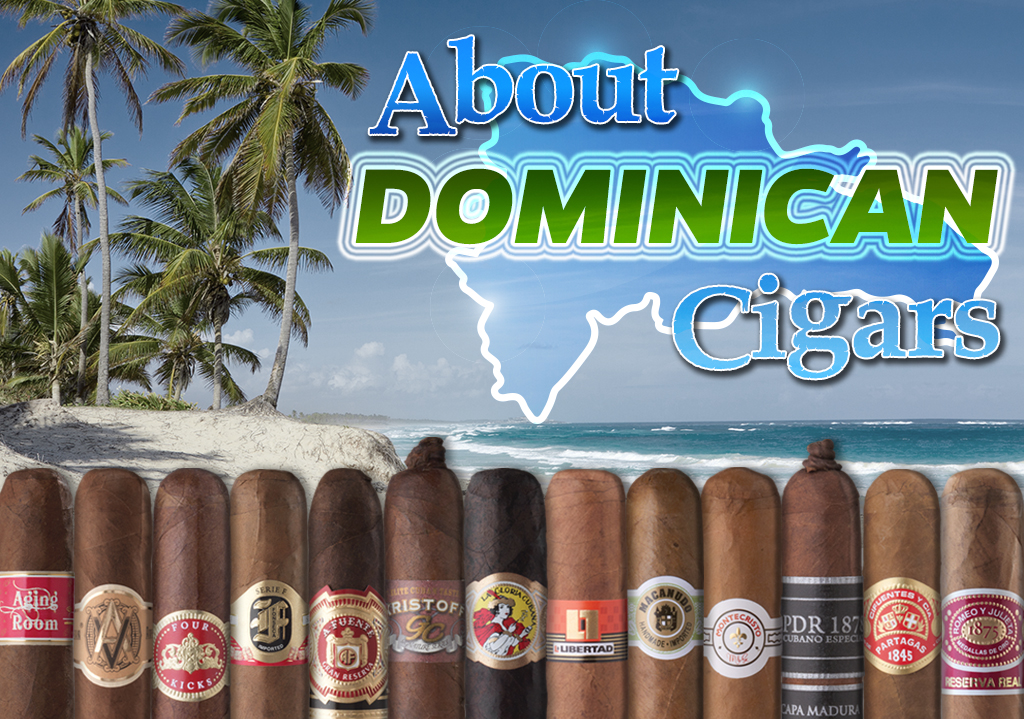 Though Nicaragua has become the breeding ground of choice for many tobacco growers, in terms of sheer numbers, The Dominican Republic remains El Rey (the king) of the Central American tobacco-growing nations. The DR accounts for more than half of the cigars sold in the United States. Of course, the Dominican had a big lead. After the Cuban Revolution in 1959, many of Cuba’s best growers and blenders emigrated to the DR. Most histories of Dominican tobacco production credit Carlos Toraño Sr. for introducing Cuban seed to the country, which we know today as Dominican “Piloto Cubano;” though it should be noted that many other Cuban tobacco men brought their seeds with them to other countries such as Honduras and Nicaragua. Due to their minuscule size – less than the size of a pinhead – they were easy to smuggle. When the Sandinistas overran Nicaragua, even more found their way to the DR. This helped further solidify the country’s cigar industry. Like Cuba, Nicaragua, and Honduras, the Dominican Republic has a specific region that’s most favorable for growing the best Cuban seed tobacco – the Cibao Valley. Located between the northern Cordillera Septentrional and the southern Cordillera Central mountain ranges, if you follow the Yaque River northwest you’ll find several villages in the Yaque Valley, a sub-region of the Cibao valley, that are known for producing some of the world’s richest tobacco: Navarette, La Canela, and Villa Gonzalez. It is in the Yaque Valley region where you’ll find the richest and deepest topsoil, and where most of the black cigar tobacco is grown. Another reason the Yaque Valley is so ideal for growing tobacco is its microclimate is more conducive to producing hearty plants due to its excellent drainage, plentiful sunlight, and afternoon breezes which keep the plants from overexposure to heat. To put it another way, the Yaque Valley and Villa Gonzalez are to the Dominican Republic what the Vuelta Abajo and the town of Pinar del Río are to Cuba, respectively.

Southwest of Villa Gonzalez is Jacagua, renowned for its tropical microclimate and ultra-rich soil. Navarette, in the northwest region of the valley is drier; therefore, the soil is irrigated by a vast series of canals to make up for its drier microclimate. Because each village has its own unique climate and soil, the tobaccos grown on certain farms have their own unique flavor properties. The Dominican tobaccos which are considered “the industry standard” are La Canela, a very rich-tasting, full-bodied leaf which is grown northwest of Villa Gonzalez. The other is Jacagua which is grown just southwest of Villa Gonzalez and produces a finer and much more attractive leaf. This is why when you see the blend information on Dominican cigars and other premiums, the name of the leaf represents a specific region within the country.

Tobacco production in the Dominican Republic starts in July or August when the growing areas are prepared. In September, 35 to 45 day-old plants are placed in the seedbeds where they are constantly monitored to avoid diseases, certain types of mold, and leaf-devastating insects.

Olor Dominicano is the D.R.’s native strain, and produces a leaf that is thinner and smaller than Piloto, but has a marvelous aroma (olor means “smell” or “aroma” in Spanish) and excellent burning qualities. This is why so many Dominican-made cigars use Olor Dominicano (or simply “Olor”) for the binder portion of the blend.

Piloto Cubano tobacco is grown from Cuban seed originating in Cuba’s Vuelta Abajo region. The result is a more malleable leaf with a fuller body and richer flavor than Olor, making it ideal for filler. Due to its ample flavor properties, you will also find Piloto Cubano in many cigars made outside of the D.R.

At one time, the Dominican Republic was considered the source for “milder” cigars. However, with the growing popularity of tobaccos from Nicaragua, Honduras, Brazil, and Peru, to name but a few, Dominican-made cigars now span the entire spectrum of strength and complexity. Moreover, since growers have been producing high-quality Dominican wrapper for over two decades, now there are more Dominican puros being made than ever before.

The Dominican Republic is also a popular tourist spot for its lush terrain, beautiful beaches, and challenging golf courses. If you’re planning a trip there and would like to see how Dominican cigars are made, tours of several top factories including La Aurora and La Flor Dominicana are also available.

Very good information about Dominican tobacco variants. I am a hobby grower (not a cigar smoker) but storys like this really make the tobacco taste even better..

[…] of the Dominican Republic, with over half of the cigars sold in the USA being from the country, according to Cigar Advisor. Yaque Valley is Dominican Republic’s famed region, with nutrient-rich soils offering great […]

Read More
Cigar Buying Guides
Take a look back with the Cigar Advisors as we review the best new cigars of 2017: these are our picks for the best new smokes that deserve a space in your humidor...today!
Read More