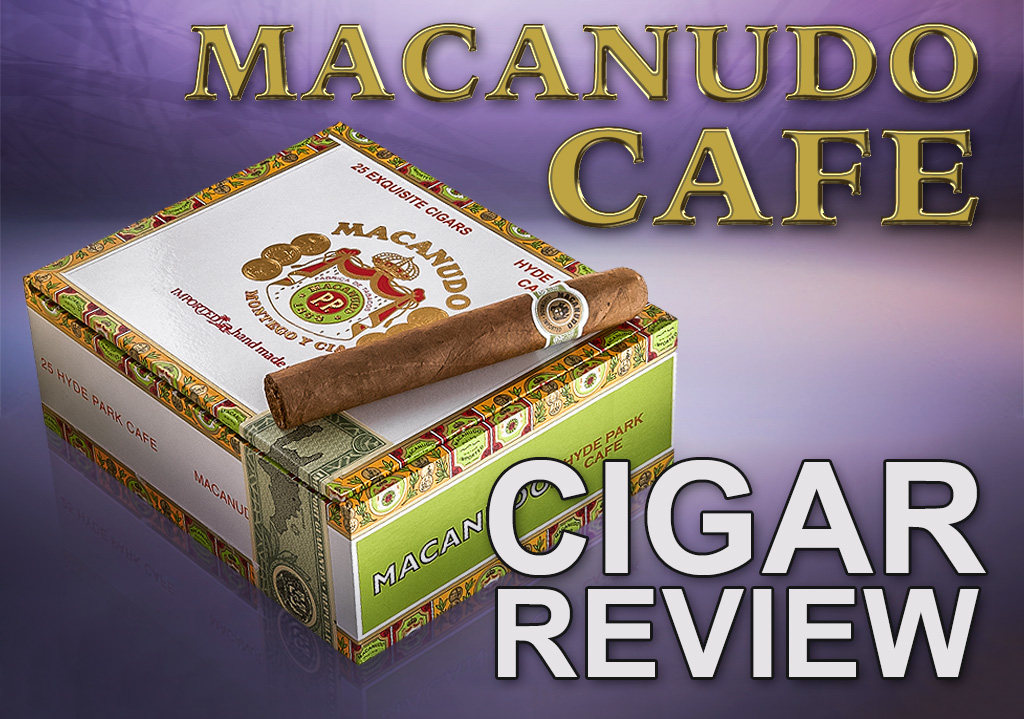 Macanudo Café cigars, (a.k.a. “America’s best-selling premium cigar”) are among the world’s most iconic brands for their quality, consistently, mellow flavor and sweet aroma. Introduced in 1968, the legendary brand is currently offered in 19 shapes, all of which share the same mild blend of Dominican and Mexican longfillers shrouded in a flawless, U.S. Connecticut shade wrapper leaf. After aging for up to two years in Royal Palm bark bales (tercios), the filler tobaccos are matured even longer in Dominican rum barrels. Before the binder and wrapper are applied, the fillers are rolled using the age-old Cuban entubar rolling method. This means that each Macanudo Café filler leaf is rolled individually creating a core that is actually a series of tubes. It’s takes longer to roll the cigars this way, and is more costly, but the result is a cigar with a much better draw and richer flavor. Once completed the cigars are placed in a cedar-lined aging room which further enhances their trademark sweetness and nutty character.


I don’t smoke as many mild cigars today as I did when I first got into “the life,” but every so often I still pick up a Macanudo for a change of pace. They make a great morning cigar with coffee, too. One of my favorite Macanudo cigars, and still a popular “starter cigar” was the Macanudo Cafe Portofino, a 7″ x 34 Lancero. They not only looked cool, they were ultra-creamy and had this irresistible aroma. Due to its slim profile, you could really appreciate the qualities of the Connecticut Shade wrapper, too.

No matter what size Macanudo I choose, the first thing I notice is its flawless appearance. The wrappers are always uniform in color, there are virtually no soft spots in the rolling, and when preparing to smoke it, the cap cuts easily leaving a perfectly round piece of tobacco in the ashtray. The cold draw is excellent, offering a mix of hay and sweet wood, while the foot takes easily to flame for an even light. Sometimes, you can pick up a little oaky rum note from the barrel aging.

The early puffs of the Macanudo Café cigars I’ve smoked are mild and creamy with flavors of sweet spice and cedar, plus that marvelous aroma hits you immediately. Even the retrohale is smooth and free of any bitterness or peppery spice. Though many cigar smokers don’t often retrohale, I’ve found that by doing so, I’ve picked up some additional flavors that I don’t usually taste if I smoke the cigar straight through without retrohaling every so often.

As for the base flavors, which consist mostly of cedar, nutmeg and other sweet spices, they don’t change all that much during the experience. However, that’s also what makes Macanudo Café cigars so consistent. Premium handmade cigars don’t have to be complex to be great. That said, the flavors do ripen-up in the latter half, while the burn is clean and even, producing a firm white-grayish marble ash.

So, what can you say about a cigar that gives you pretty much what you expect every time you pluck one from your humidor? I say that’s a rare feat, and one of the reasons Macanudo can make the claim of being a bestseller. For the new cigar smoker, I couldn’t recommend a much better starter cigar. As for the more experienced cigar smokers, though their palates tend to lead them to more full-flavored cigars over time, many have continued to make space in their humidors for Macanudo cigars. I always have a few on-hand for a guest or a friend who prefers a mild, yet flavorful, satisfying cigar. To learn more about Macanudo cigars, check out Macanudo’s official site!

Gary nice article. Thanks for sharing. I will be heading down to my local shop to pick out a Macunudo Cafe Baron de Rothchild! Thanks for the words.

Reading Time: 3 minutes The Rubin brothers are back with their follow up to 2018’s Blind Faith: Alec & Bradley Gatekeeper. A joint effort with Ernesto Perez-Carrillo, Gary reviews it with the Rubins on hand – who talk about working with Ernesto, growing up in the cigar biz, and more. Watch now!

Comedians and Their Love Affair with Cigars Through the Years