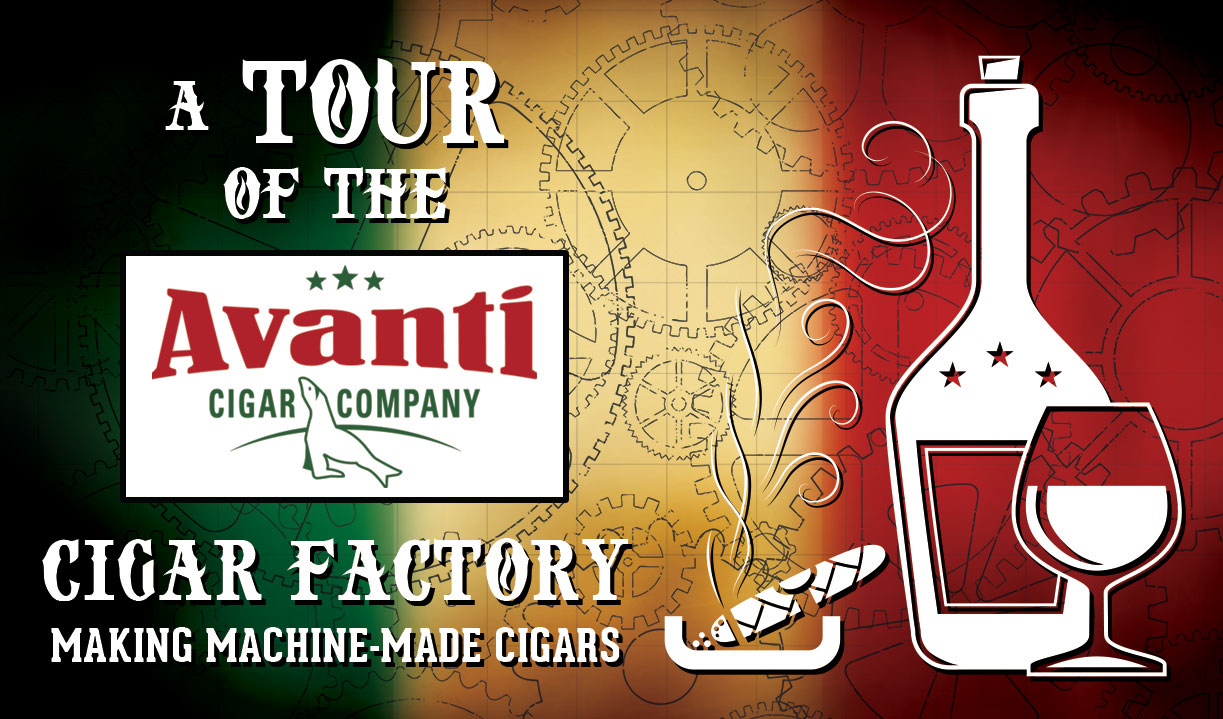 Making an American Cigar: a Tour of the Avanti Cigar Factory

Avanti, Parodi, De Nobili, Petri and Ramrod. These are just some of the cigars made by the Avanti Cigar Co. Although the company is owned by Toscano Cigars in Italy, these dry-cured, machine-made cigars are as American as it gets: blended with fire-cured tobaccos grown in Kentucky and Tennessee, the cigars are manufactured just outside Scranton, Pennsylvania.

The Toscano cigar is just as rich in flavor as it is in tradition…the original Italian cigar, the first was rolled by hand over 200 years ago – thanks to a happy accident. 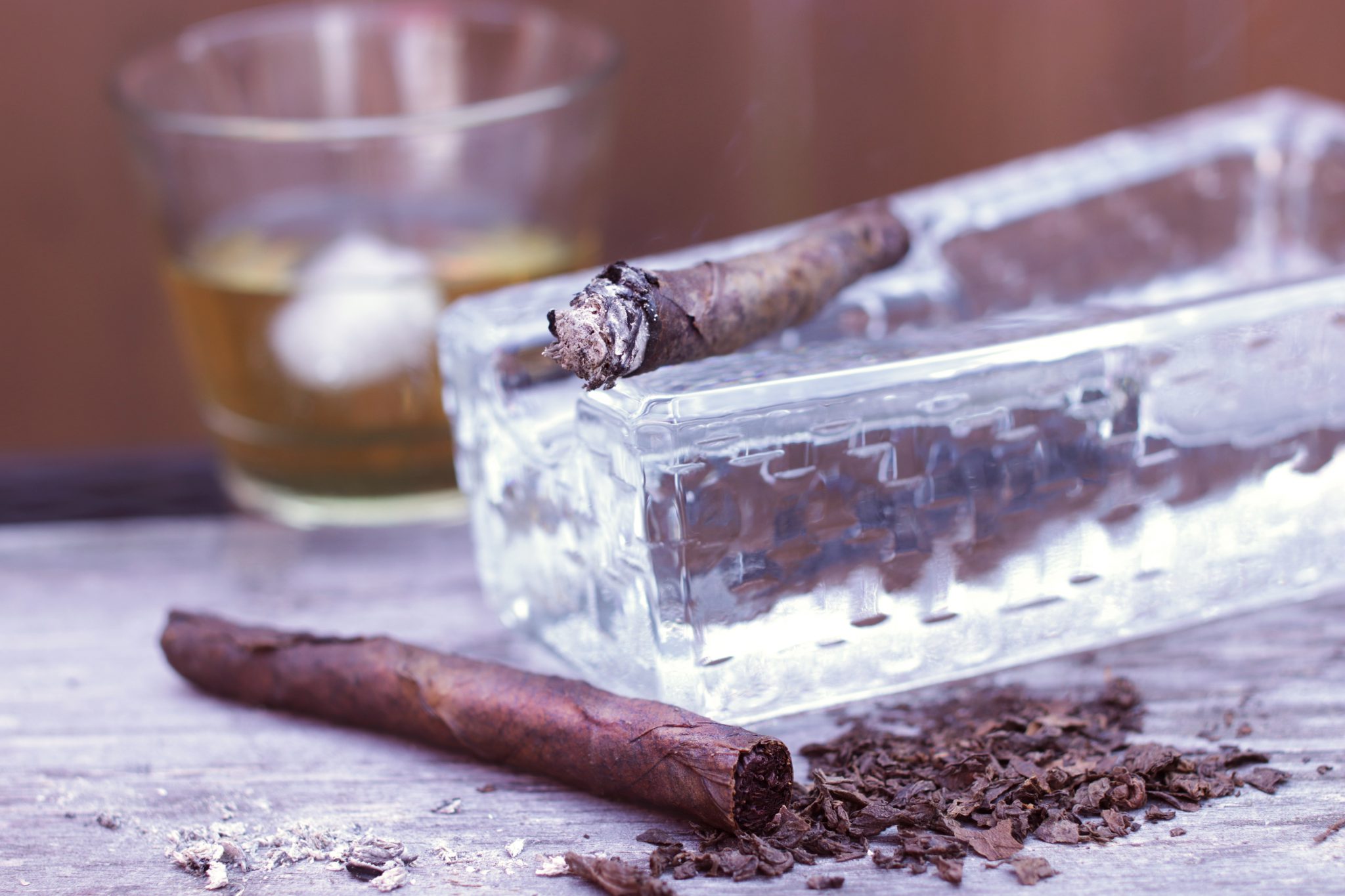 Legend has it that, on a hot summer afternoon in Tuscany, a bale of Kentucky tobacco leaves was left out in the open air to dry. An unexpected downpour swept through the area; the tobacco became wet with rain and began to ferment in the Tuscan heat. Rather than destroy the crop, the decision was made to salvage this fermented tobacco and use it to produce cigars. This “accident” became an instant hit – and the cigars using this fermented tobacco blend became a part of the factory’s everyday production. 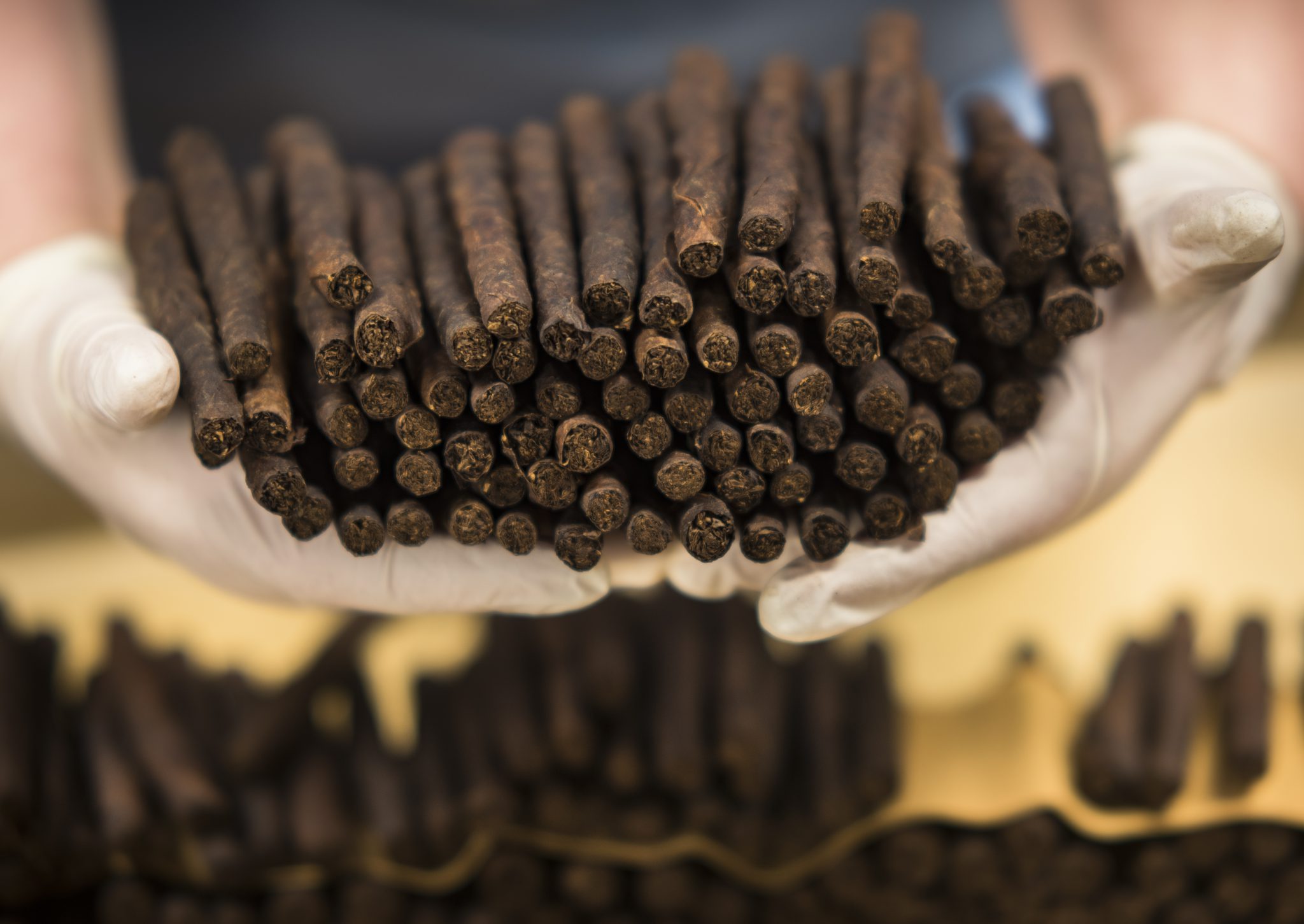 Today, Toscano brand cigars are manufactured by Manifatture Sigaro Toscano S.p.A; but this essential part of Italian heritage actually has its roots in America, with Avanti Cigar. Avanti specializes in this style of dry-cured smoke, and has been making them for more than a century. We paid a visit to their Pennsylvania factory to learn how it’s done, and to see just how many hands are involved in the production of these savory treats.

A Cigar Made in America

The Avanti Cigar story dates back to 1901, when three brothers – Dominic, Anthony, and Frank Suraci – left Italy for a new future in the U.S. Missing the Italian cigars they left behind in Calabria, the three newly-minted Americans opened their own hand-rolled cigar company a few years after arriving in New York and brought a taste of home to the city’s Italian-American population.

Success was swift. By 1925, the Suraci Brothers’ State Leaf Company Cigars acquired one of the Northeast’s favorite cigar brands, Parodi. Long Island City’s De Nobili Cigars were added to their portfolio in the 1940s, followed by Petri Cigar on the West Coast. The Avanti name was revived when the company added an anisette flavored tip to their Kentucky tobacco cigars. 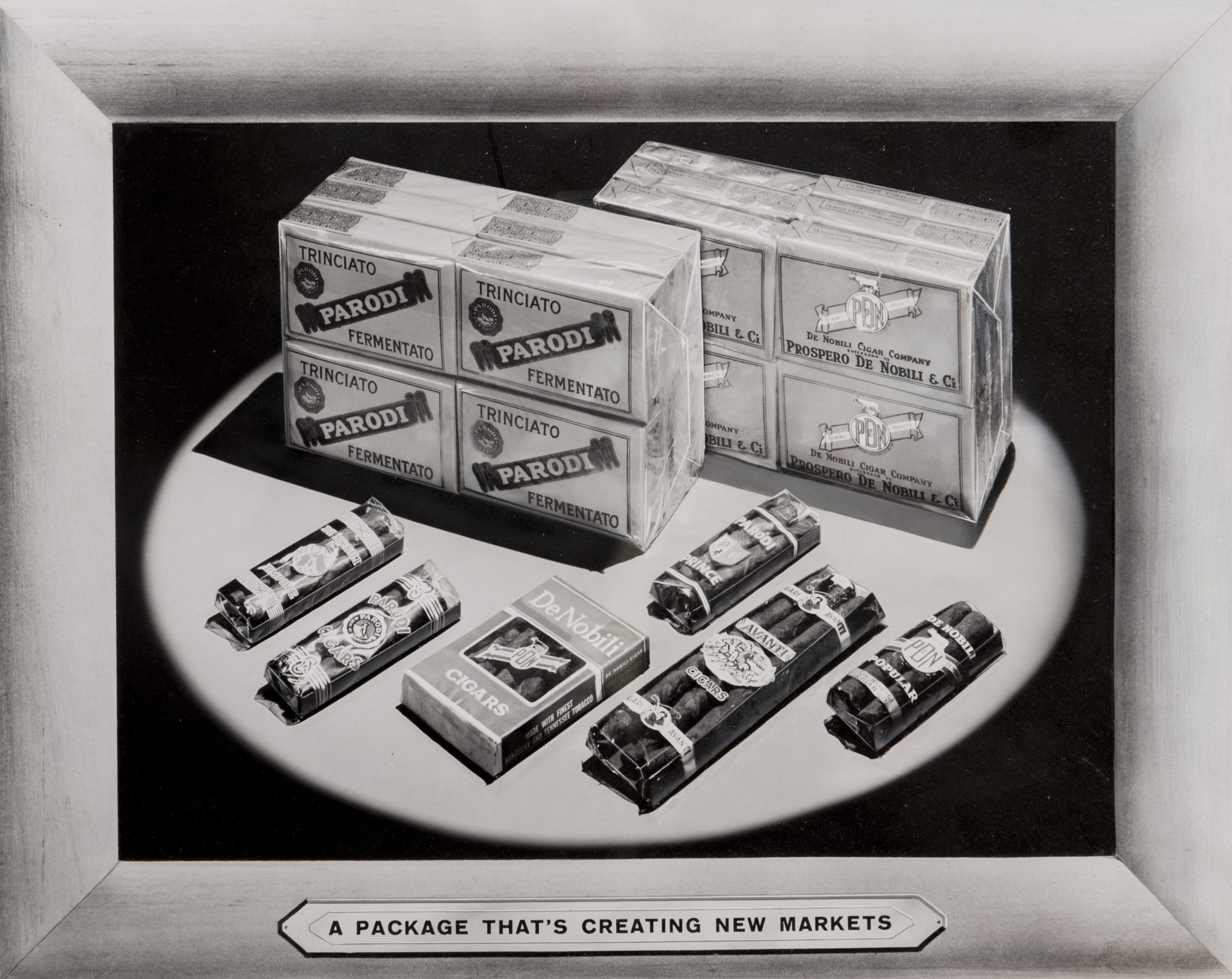 In 2015, Avanti Cigar came full circle: the company was purchased by Manifatture Sigaro Toscano, makers of the same historic Italian smoke that inspired the brothers a century before.

How Parodi Cigars Are Made

A good cigar – regardless of how it’s made – is only as good as its tobacco. In the case of Avanti cigars, including their #1 seller, Parodi, it begins and ends with one ingredient: genuine, USA-grown Kentucky tobacco. . .so it’s a puro through and through. Avanti’s tobaccos are grown and hand-picked in Kentucky and Tennessee. The thick leaves teem with oil, and they smoke with very full body. 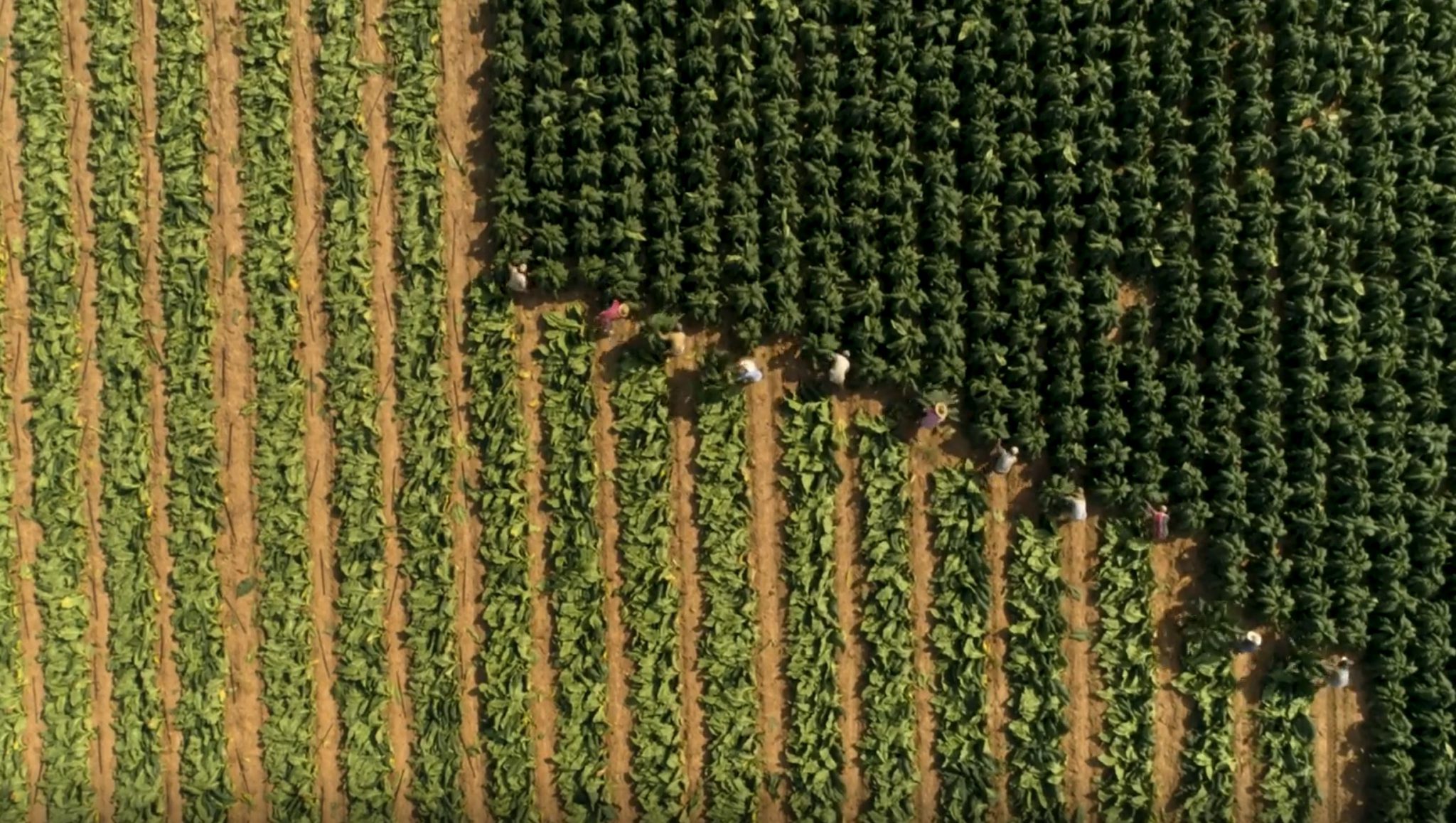 Once taken from the field, the leaves are speared onto wood lathe and hung inside huge barns to cure. But here’s where the tobacco takes its fiery turn: rather than opening the sides of the barn to regulate the moisture and temperature inside (as is done to air-cured cigar tobacco), the doors are shut. Beech, hickory and oak logs are set below to smolder on the floor of the barn as the heat and smoke rises through the thousands of leaves hanging above. The heat removes 85% of the moisture in the leaves, causing them to turn from that vibrant green to an oily chestnut brown. The rising smoke imparts the tobaccos with a hearty, wood-fired flavor. The tobacco has now been “fire-cured” in a process that averages four weeks. 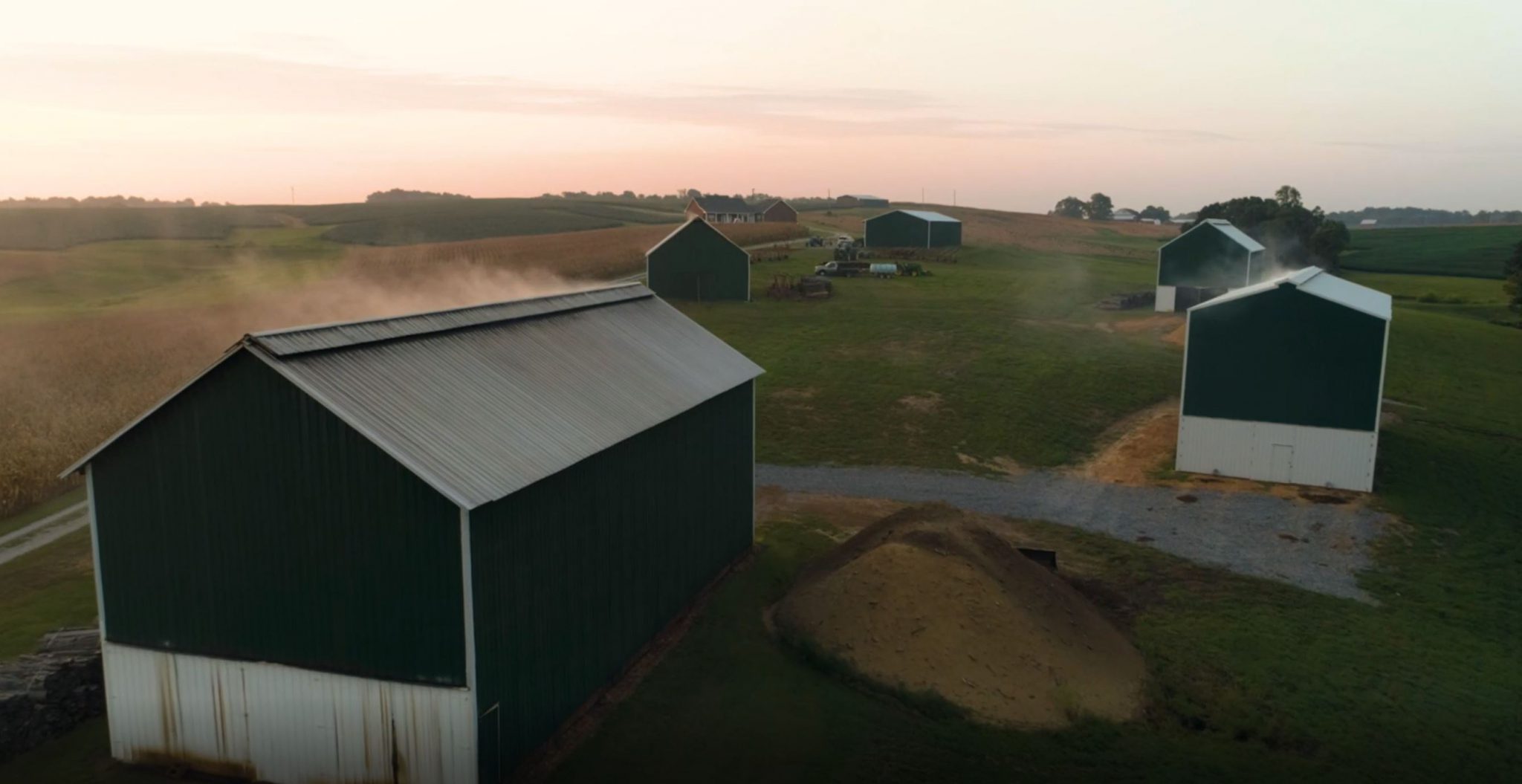 A Parodi’s wrapper is sourced from the upper half of the tobacco plant – and once its curing is complete, the leaves are set aside to be cut and placed on bobbins, then sent to Avanti to be used for cigarmaking. The fillers are leaves from the lower half of the plant. Once cured, Kentucky filler tobaccos are baled and begin fermenting to release the natural sugars in the leaves, giving the tobacco a sweeter flavor. Before it’s processed for rolling, the tobacco is aged no less than 2 years; the final filler mix is a combination of tobacco from three different crop years.

The Long Road to Satisfaction

The filler tobacco and wrappers are then sent on a 900-mile journey to the Avanti Cigar factory in Dunmore, PA, where they’re combined by a machine that mimics the hand-rolling process. There is no binder in these cigars – instead, the wrapper leaf is rolled around the filler twice, and it’s all done on the same machines that Avanti has been using since the 1950s. 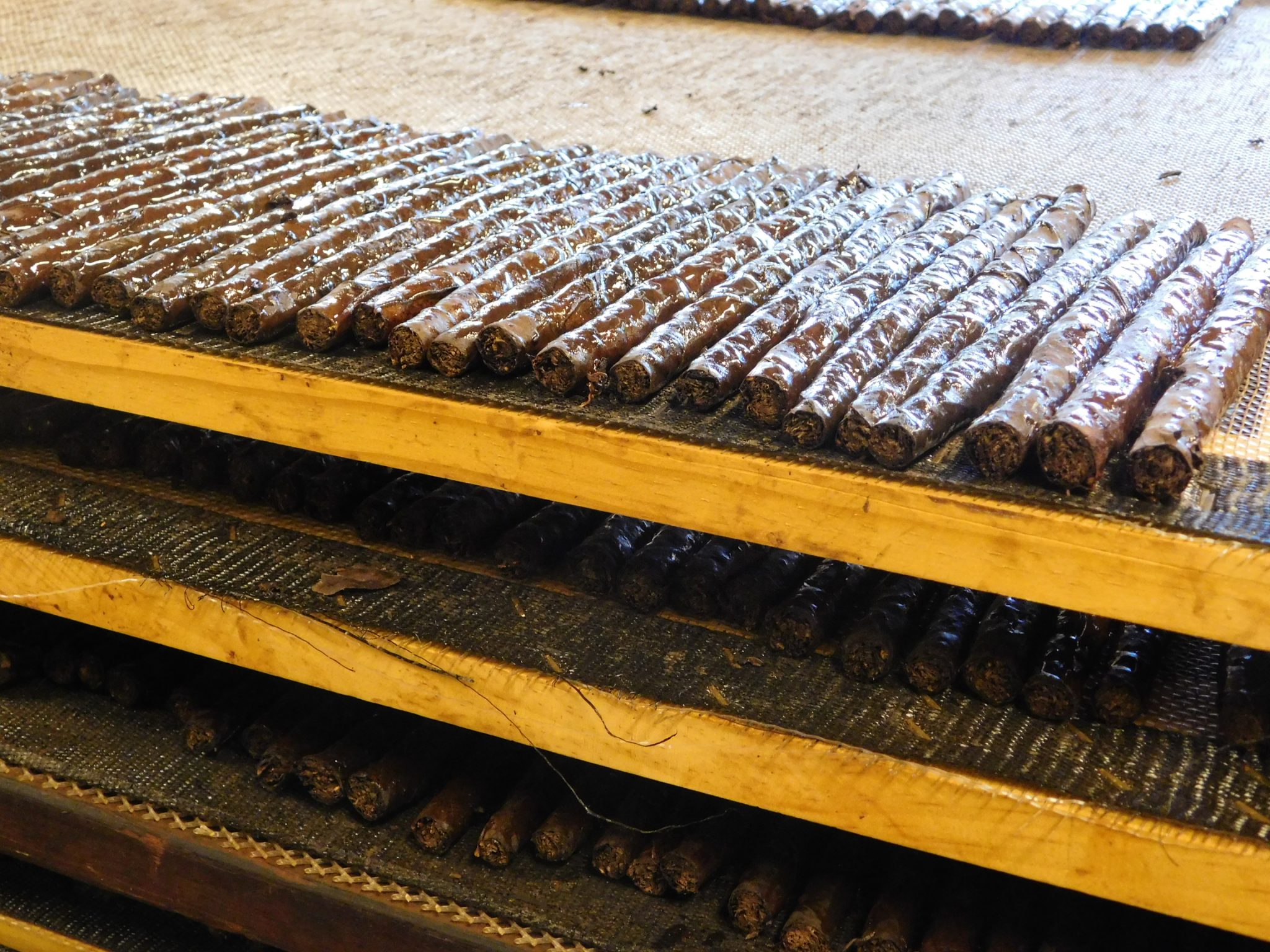 Now moist, the cigars are taken off the machine and placed by hand on screened trays. Each tray holds a few hundred cigars. The trays are stacked dozens high and wheeled into a drying room that holds a steady temperature near 100 degrees where the cigars are aged another 4 to 5 weeks. 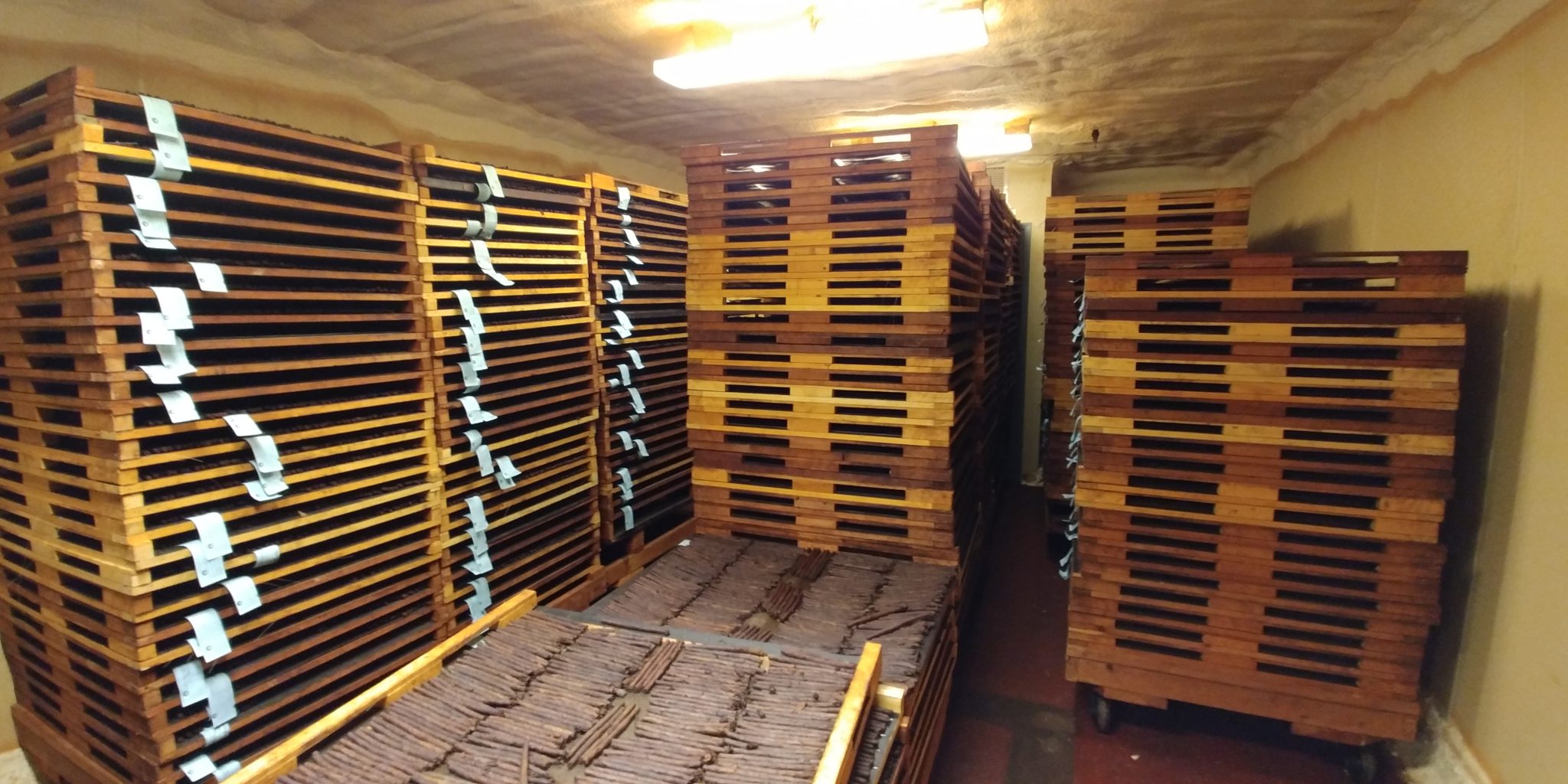 Week 1 allows the wrapper and filler to marry – from week 2 onward, the tobaccos age to refine their taste. As the remaining moisture continues to leave the tobacco, each Parodi cigar develops its signature, slightly curved shape and rustic appearance.

Once each cigar passes Avanti’s rigorous inspection standards (conducted daily), the cigars are cut to size and sent to another drying room for a short rest – locking in the Kentucky tobacco’s robust, smoky flavor profile. 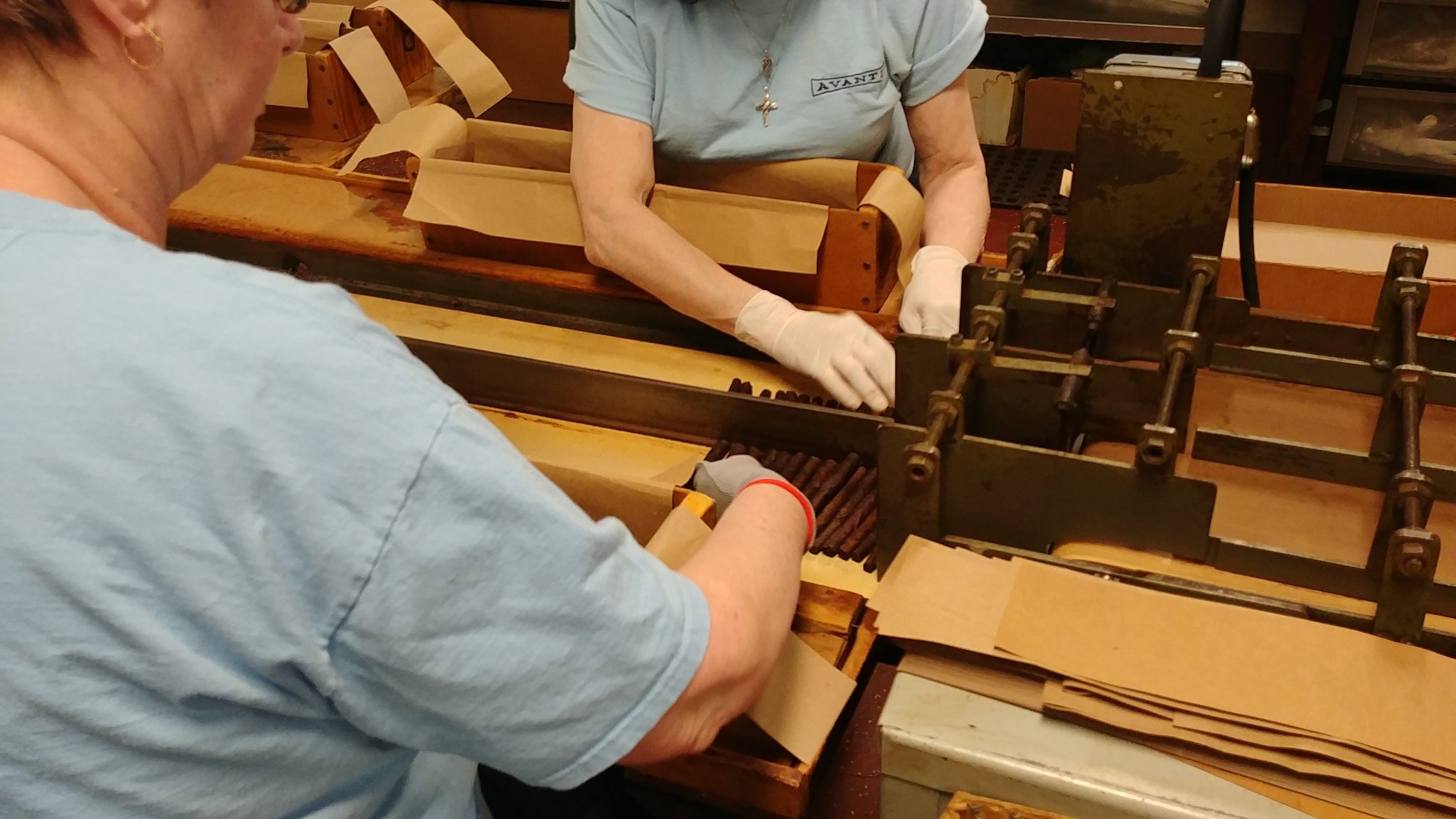 Except for the introduction of machines sixty years ago, Parodi cigars have been made this way for a century.

By its nature, Kentucky tobacco is a potent leaf – it’s not far off from the power you’d find in Pennsylvania Broadleaf. And like Broadleaf, Kentucky is stalk cut, yielding 12-14 leaves from each plant. But like all cigar tobaccos, how high the leaf grows on the plant is really what determines its taste: 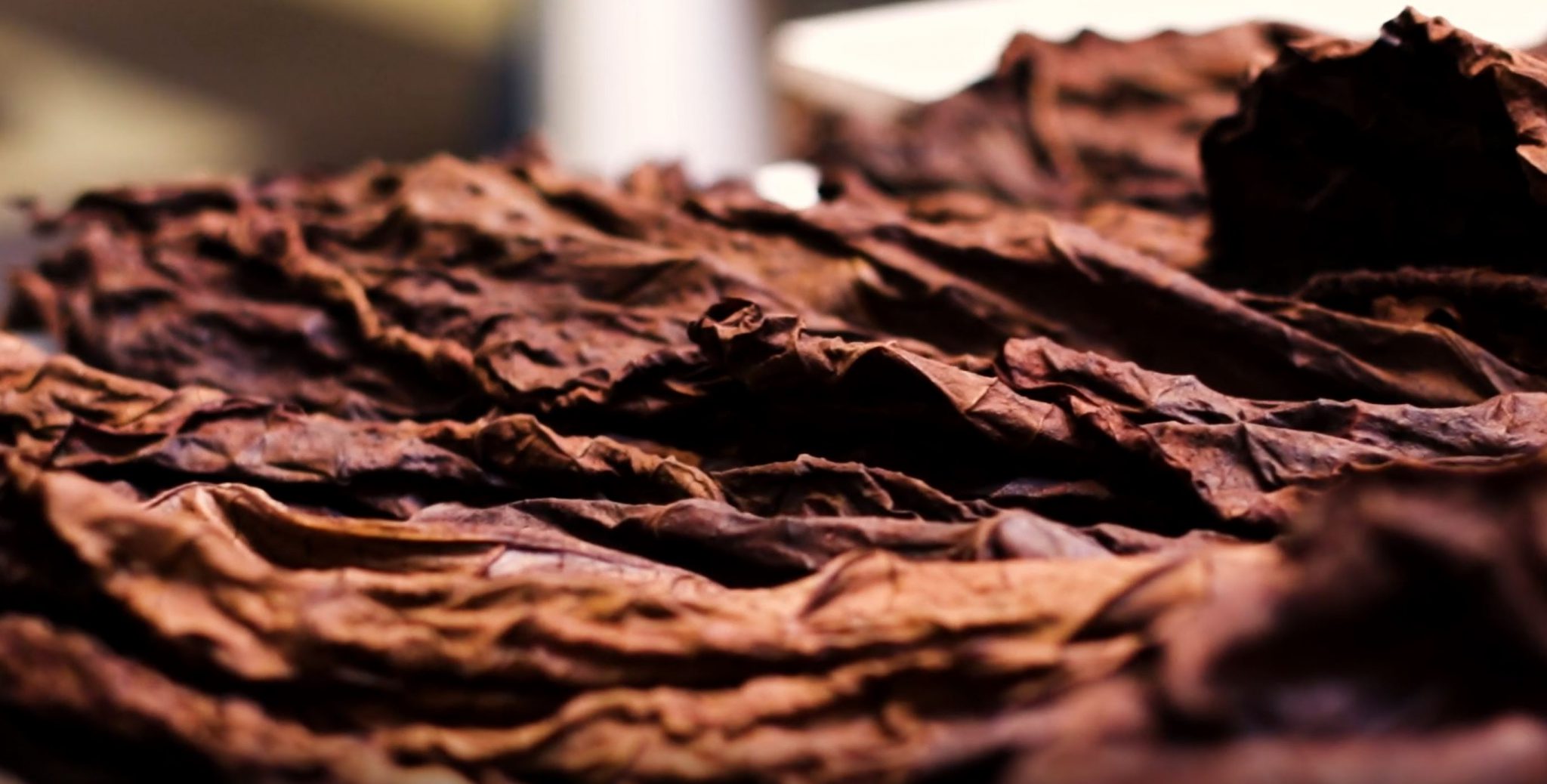 Kentucky-seed leaf is grown throughout Italy, but Avanti – the only U.S. producer of dark fire-cured cigars – prefers to use the tobacco grown in North America. Fire curing causes the tobaccos to take on a deep Maduro color and become extra oily; it also gives the leaf a smoky aroma. . .and that aroma will change, depending on the type of wood that’s burned in the curing barns. This lends an intense and full-bodied character to the cigar.

What is a Dry-Cured Cigar?

Dry-cured cigars are a style of cigar that follows a different manufacturing process than the traditional premium cigars kept in a humidor. Rather than aging and storing them under temperature and humidity-controlled conditions, dry-cured cigars are slow-baked in 100-degree heat to remove 85-90% of the moisture inside. 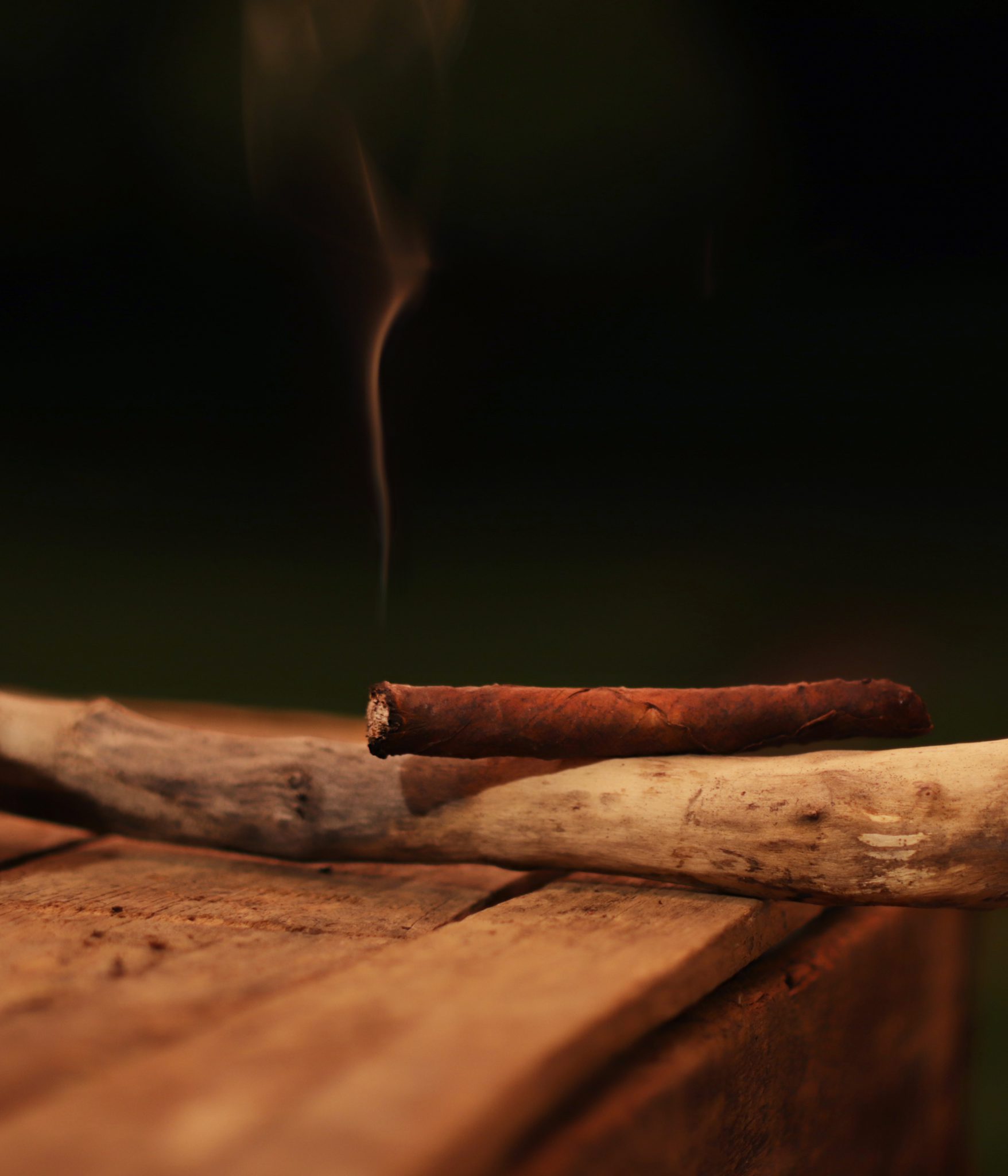 Where are Parodi Cigars Made? 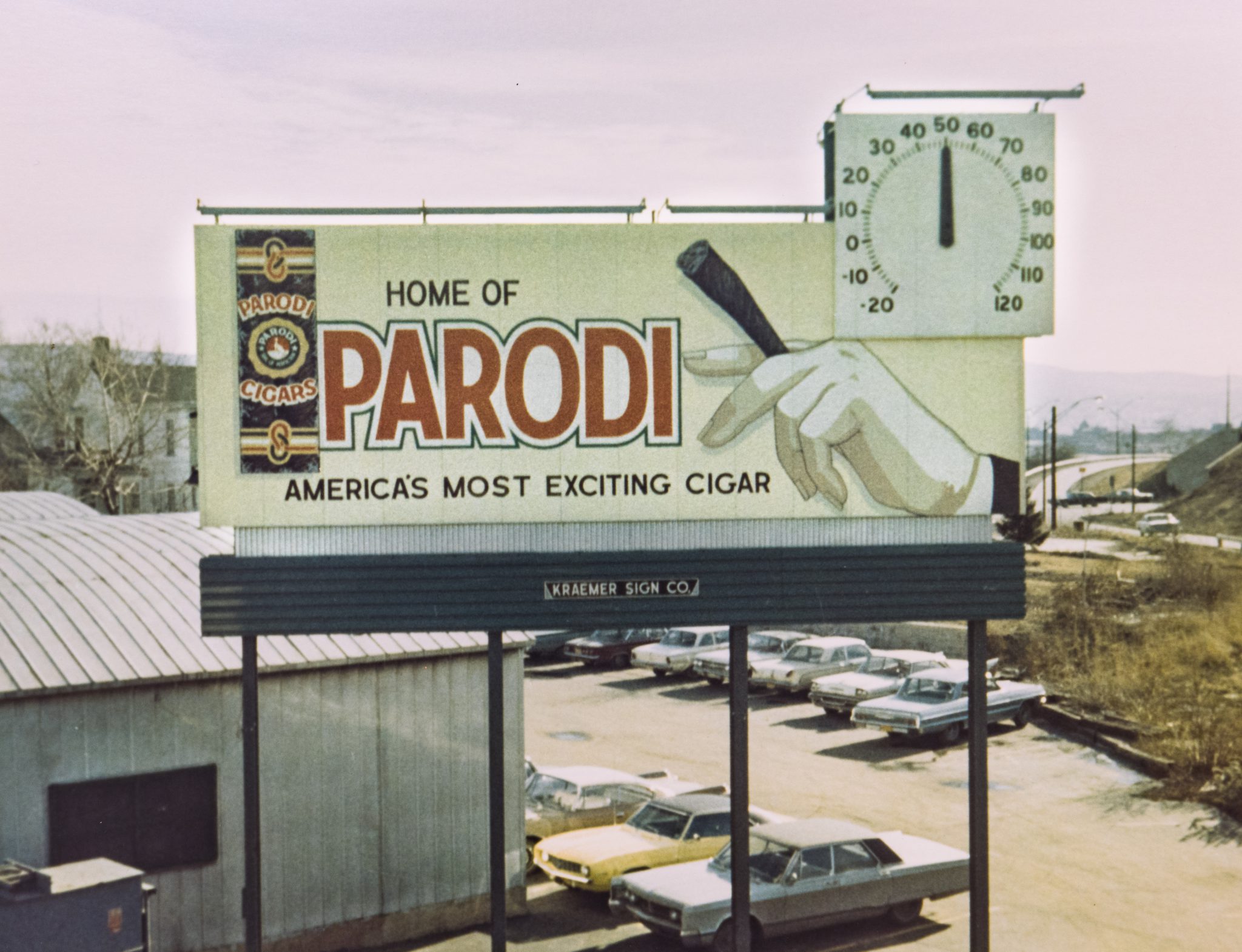 Parodi Cigars was established in 1916, but the Suracis took over production in Jersey City in 1925. When the stock market crashed four years later, the brothers moved the company to Scranton, PA, to remain close to their New York and New Jersey markets and stay competitive during the Depression. Avanti moved production of their brands, including Parodi cigars, in 2012 to its current location in Dunmore, PA, which borders Scranton’s east side. 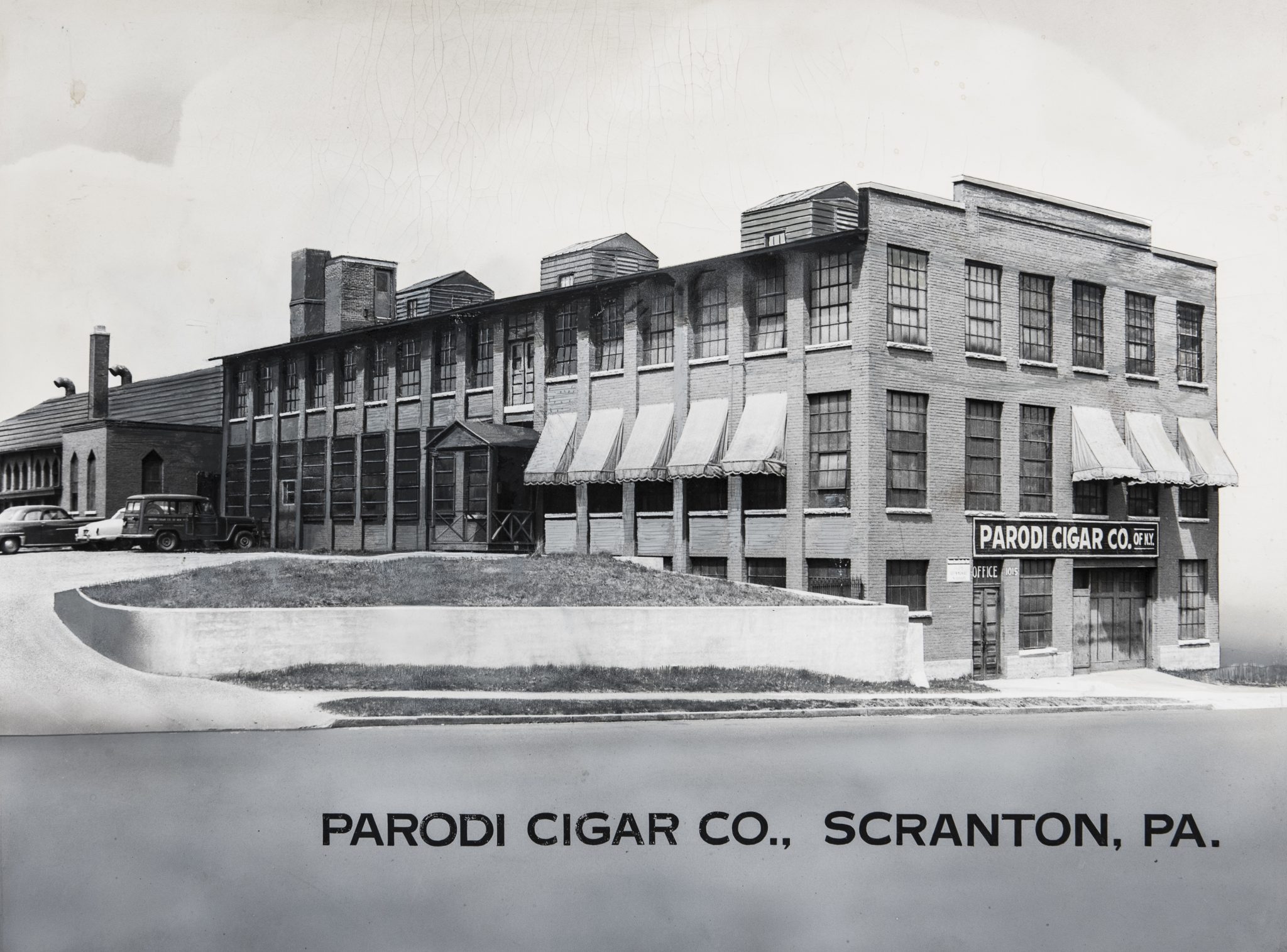 Making Avanti and Parodi cigars is still a pretty labor-intensive process, from mixing the aged fillers to supplying the rolling machines with tobacco, to sorting, flavoring, and packaging the cigars. A significant amount of skill is required at each step, and the cigar making process is extremely efficient: one worker operates 2 machines, averaging 11,000 cigars per day, per person. But they are passionate about their work – the average tenure of Avanti’s employees is over 20 years.

About the Avanti Cigars We Smoked 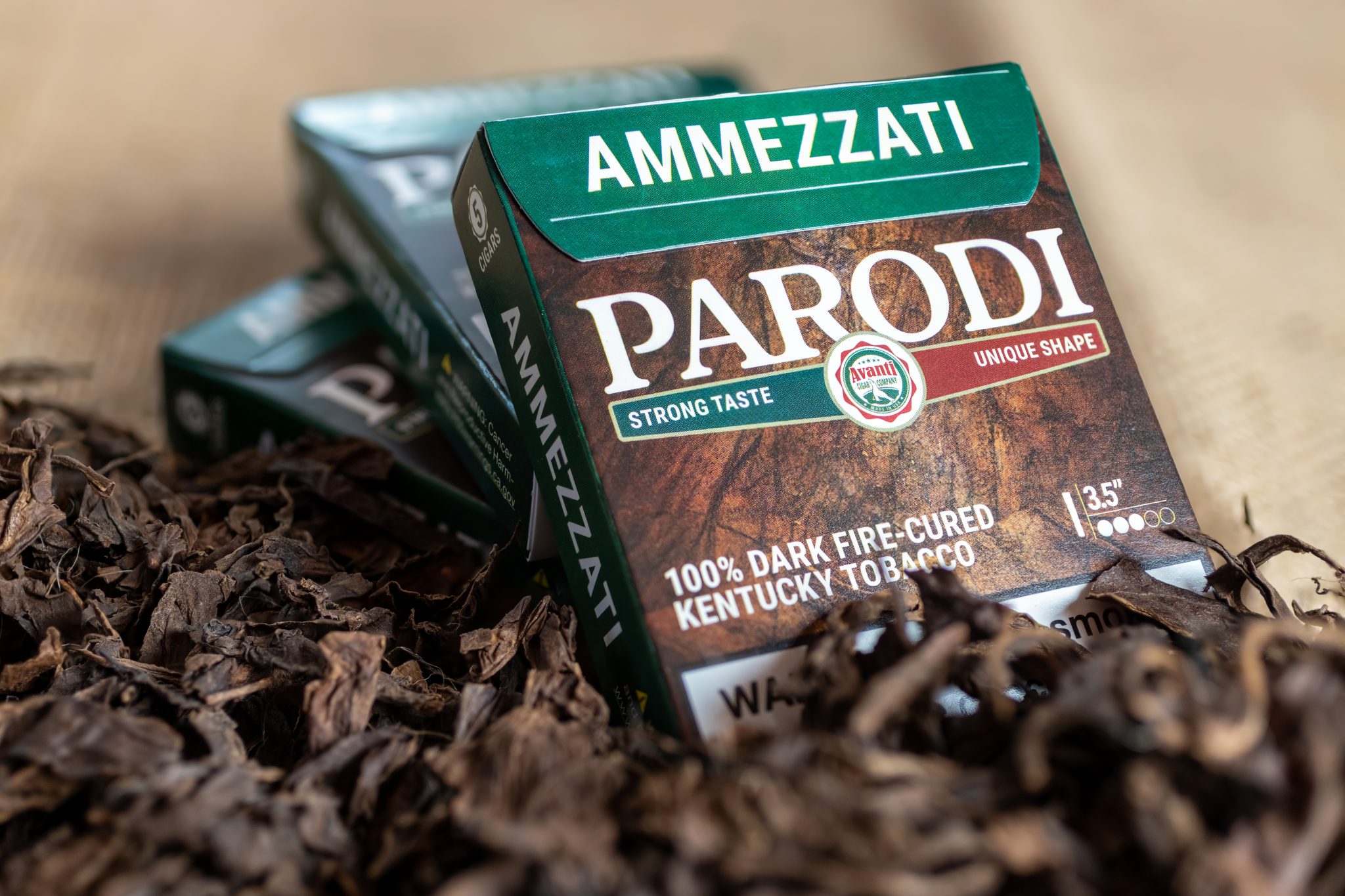 Though Italian in origin, Parodi is a proud, American-made cigar; it’s also Avanti’s most popular brand, specifically the 3 ½” x 34 Ammezzati. And because sharing a cigar with your friends is a smoking tradition around the world, they’ve recently introduced the Parodi Superiore – a longer 6 ½” x 40 toscano-style Lancero you can cut in half to share with a friend, or tackle the whole thing yourself. 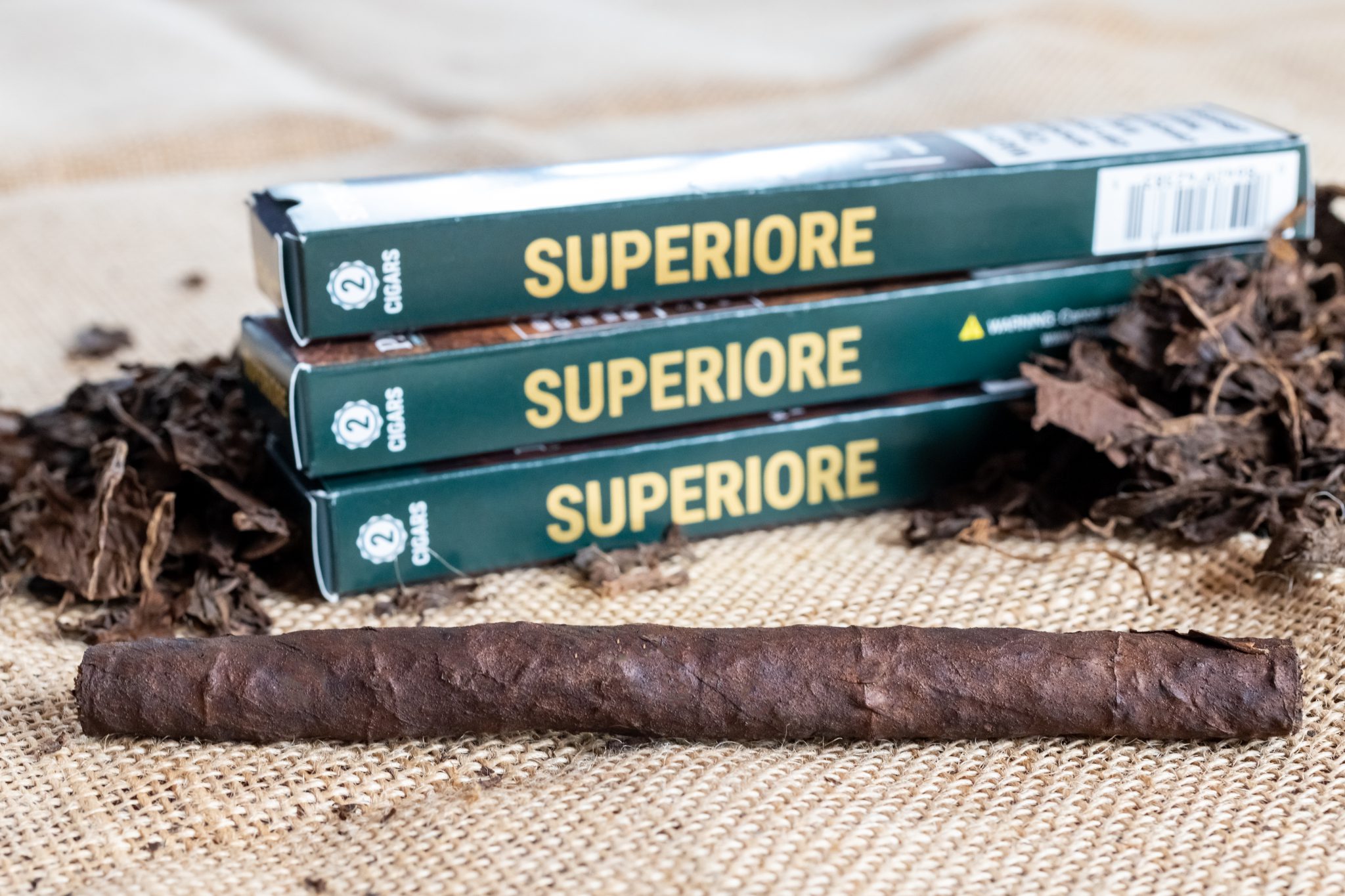 Avanti cigars smoke strong and sweet, in four flavor options – so imagine the robust, smoky flavor of Kentucky tobacco laced with a smooth layer of bourbon, licorice or vanilla. We happened to visit on a day when the Avanti Anisette cigars were being prepared: the cigars are treated to their flavoring by hand, and the aromas hang thick in the factory air. 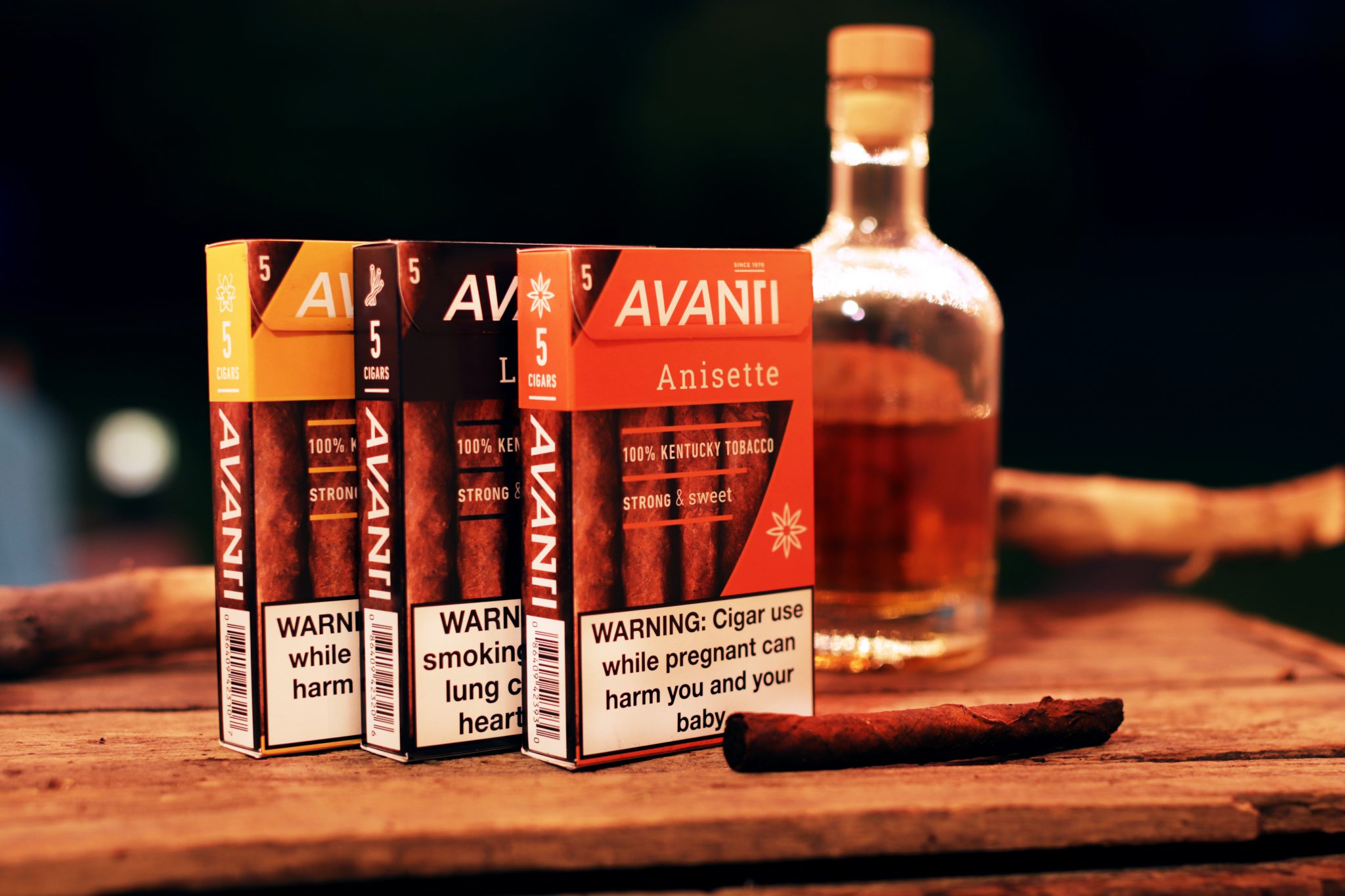 Like many of the most popular traditional, handcrafted premium cigars made in Central America, Avanti cigars share a rich family history. And although they’re machine made, almost as many human hands are involved in their production. (Ironically, their rustic appearance evokes a handmade perception.) But it’s the unique fire-cured flavor of Avanti that really sets them apart from all cigars. The smoothness, the even burn, the welcoming aroma, all point to a cigar that’s well worth spending time to enjoy and share with friends.

Send me one. I would like to try it.

Thanks Carl,
Yes, those Avanti cigars are unlike anything else.
G–~

My mothers’ parents were cigar makers in Calabria, Italy many years ago and I love the anisettes now – Her parents were Mary and Joe PINO! Joe Vilardo

Reading Time: 7 minutes Put another dime in the jukebox baby, the Cigar Advisor Playlist is back! Check out which cigars and songs we think make for a perfect pairing…