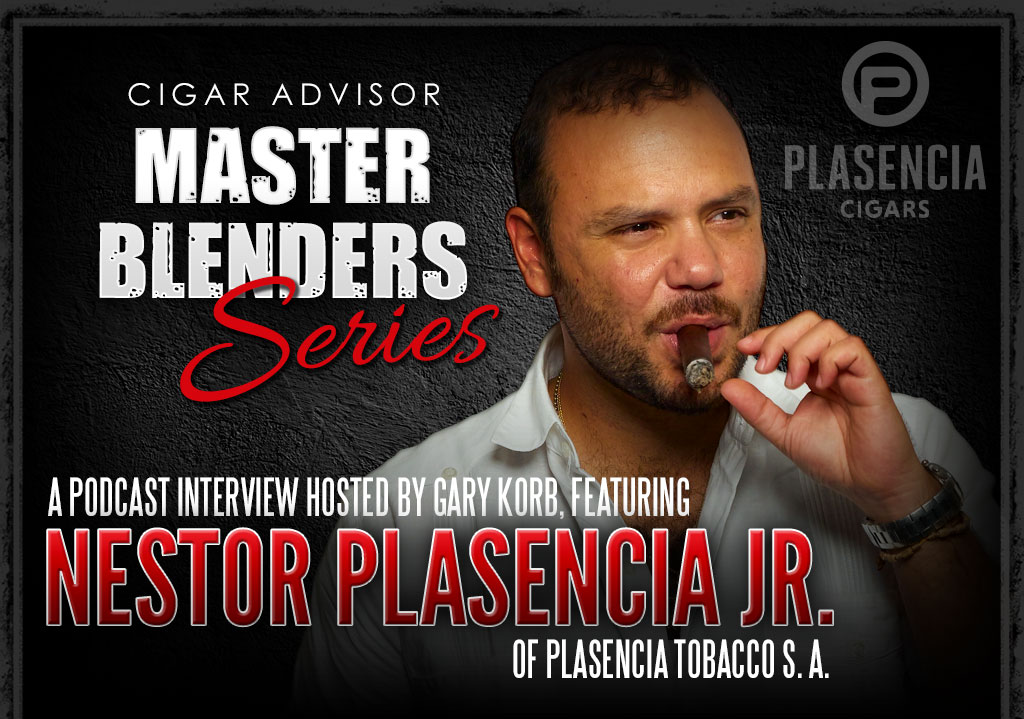 It’s been over two years since Gary Korb interviewed Nestor Andrés Plasencia, son of the famous tobacco-growing and cigar-making family patriarch, Nestor Plasencia Sr., and he’s got plenty to talk about in this 20-minute podcast below. Among the topics discussed are how they created the Plasencia 1865 Alma Fuerte, the 93-rated cigar that was voted the #9 Cigar of the Year for 2017. Nestor also discusses the status of his Nicaraguan Estelí shade-grown wrapper project, the key differences between Honduran and Nicaraguan tobacco, and much more.

This podcast started in the middle of a nasty February Nor’easter. Jenny Ryan, one of our Famous Smoke Shop buyers, asked if I could spend a few minutes with Nestor Plasencia to talk about Plasencia Alma Fuerte cigars. Actually, I didn’t even know Nestor was in the house, and I wasn’t prepared for a last-minute interview, but Nestor loves talking about tobacco and all of the projects he’s working on, so I wasn’t too worried about it. At the time, I didn’t know I was going to use this recording for my next Master Blenders podcast, which is why there’s no intro or outro, but nonetheless, I think you’ll find the 20-minute-plus conversation lively and entertaining. Scroll down to learn more of the Plasencia story, and to play the podcast.

The Plasencia Family Back Story

Like many expatriate tobacco growers working in Central America, the Plasencia family has a rich history of its own dating back to 1865, when Don Eduardo Plasencia left The Canary Islands to grow tobacco in Vuelta Abajo, Cuba. In 1898 his nephew, Sixto Plasencia Juares, expanded the business and opened the Corojal farm, and by the 1920’s the family was exporting and selling their tobacco to bigger companies.

Then, in post-Cuban Revolution 1963, the Castro regime confiscated the family’s farms, forcing Don Elder Sixto and his family to flee first to Mexico, then later to Nicaragua.

In 1965, 100 years after Don Eduardo Plasencia stepped off the boat in Havana, the Plasencia family was again growing tobacco in Nicaragua under the direction of Don Elder Sixto. This marked the beginning of the post-Cuban Plasencia family legend. However, in 1978 the Sandinistas burned down the farm forcing the Plasencias to begin again – this time in Honduras.

By 1986 the family had rebuilt their Nicaraguan operation and entered the premium cigar business, producing about 1 million cigars a year. By 1990 they were up to 33 million cigars per year, making cigars for other manufacturers to the tune of about 30 brands.

Their success continued right through the boom, and today Plasencia is the largest grower of tobacco in the world with more than 6,000 employees, 4 factories, and 8 plantations in Honduras and Nicaragua, producing 40 million cigars a year.

Nestor Andrés Plasencia Jr. was born in Nicaragua. He grew-up learning the trade from his father Nestor Sr., and holds a degree in Agricultural Engineering from the Escuela Agricola Panamericana Zamorano. Nestor was responsible for reviving the 500 year-old traditional Nicaraguan farming techniques that paved the way for the Plasencia Reserva Original selection, and two years ago he began working on another labor of love – growing shade grown wrapper in Estelí, Nicaragua.

There are few people in the cigar business as passionate about what they do as Nestor Andrés. From creating their own proprietary seeds to producing the finished cigars, Nestor is involved in every aspect of production, and you can hear that family pride in his voice during this podcast.

Reading Time: 4 minutes Only at Famous: watch our Back2Back URNY Limited Edition 2019 cigar review…there’s more to this torpedo made at Davidoff than meets the eye, as Gary and Jared discover. See it now!