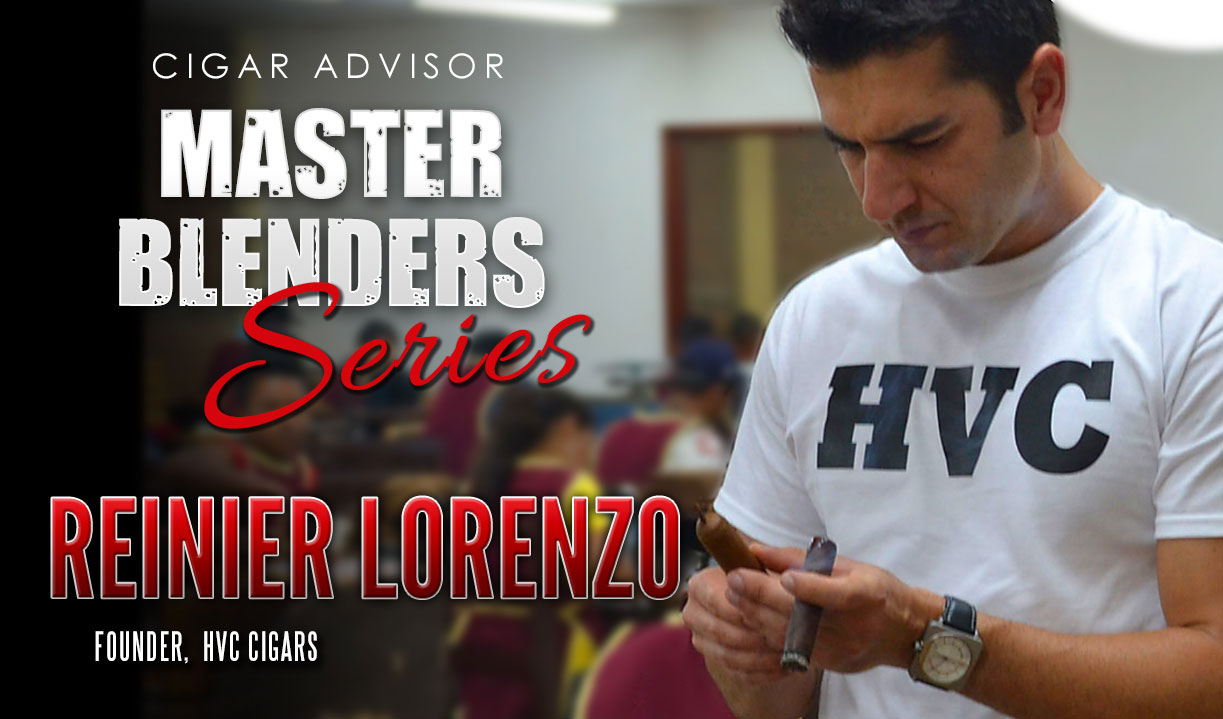 Reinier Lorenzo’s story begins like so many other American Dream narratives. Born in 1985 to a middle class family, Reinier grew up on a farm in Havana City Cuba, the city for which HVC Cigars are named. Reinier’s fondness for working with animals later earned him a degree and a career in veterinary medicine.

In 2008, at age 23, Reinier left Cuba, and like many of his fellow Cubans, he relocated to Miami. Three months later, he took a job in Wisconsin where he spent the next seven years working as a technician for an animal genetics lab. So, how did Reinier make the transition from bovine and equine genetics to the cigar business?

Reinier’s family had been working for Eduardo Fernandez, founder of Aganorsa Cigars (formerly, Casa Fernandez). Shortly after arriving in Miami, Reinier got his first taste of the business when he was introduced to the people at Tropical Tobacco. One year later, in 2009, he was invited by Eduardo to visit Nicaragua where Reinier observed the processes for growing tobacco and cigar manufacturing. Needless to say, he was very inspired by what he saw.

Bitten by the cigar business bug, in 2011 Reinier decided it was time to venture into the world of premium cigars by founding a brand of his own. Thanks to his relationship with Aganorsa, Reinier was able to blend his first cigars with some prime assets. Still working at the lab in Wisconsin, Reinier was now holding down two jobs. During his time off he would drive around the Midwest, mostly in the greater Chicago area, selling his HVC cigars. Reinier’s hard work eventually began to pay-off, so he dropped his lab job and moved back to Miami. Today, HVC cigars are sold in over 300 stores across the country.

“To me a cigar should have four things: construction, flavor, balance, and a clean finish.” – Reinier Lorenzo, Founder & President, HVC Cigars

To his palate, Reinier finds Cuban cigars more on the medium to medium-plus end of the strength and body spectrum. So, based on that experience, HVC cigars are blended to reflect what he calls “a Cuban profile.”

“Our goal is to keep the Cuban tradition of hand-made cigars alive and well,” says Reinier. “I want to create cigars that everybody can smoke.” Using Aganorsa-grown tobaccos exclusively for his binders, fillers, and most of his wrappers, he describes HVC cigars as a combination of the cigar-making tradition of Cuba and the cigar smoking culture of the United States.

Reading Time: 7 minutes A cigar that’s sure to please a mixed bag of enthusiasts, from full-bodied Nicaraguan tobacco fans to those looking to expand their cigar horizons. But, how does this cigar compare to other Garcia and La Aroma de Cuba blends? We’re here to give it the cigar panel review treatment and find out!