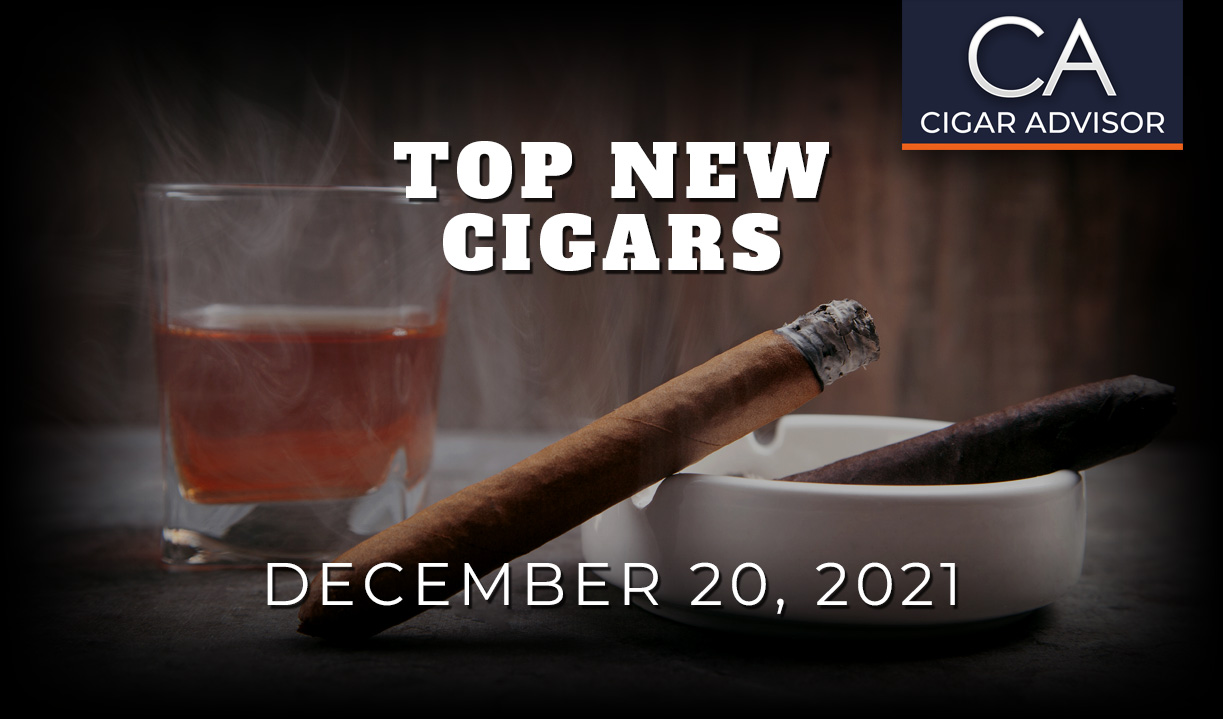 
If The Wizard of Oz is considered a classic holiday film, then by the same reasoning, The Godfather must be included on that list. And I can make an even better argument in favor of Goodfellas as a Christmas movie. What I’m talking about here is Christmas—or Holiday—counterprogramming (alternatives to the syrupy, sentimental dreck like what’s on the Hallmark Channel). When the December holidays roll in, give me Die Hard, Bad Santa, Home Alone, and Goodfellas—or Eyes Wide Shut, if you prefer cuddly over kill-y—rather than that flick featuring the mopey dude and the needy angel. Hell, it isn’t even Jimmy Stewart’s best movie. I’ve never seen it—and I won’t either—mainly because everyone says it’s so great. Just between us, I feel the same way about certain cigars. So, this holiday season watch what you like, listen to what you like, and smoke what you like. And, if you’re looking for a new cigar to fall in love with—take a peek at this edition of Top New Cigars featuring new offerings from Davidoff, Dunbarton Tobacco and Trust, and Caldwell.

Have you enjoyed a new cigar that you think should be on our must-smoke list? We’d love to hear from you! Please give us the details in the comments below!

Davidoff Year of the Tiger

The 2022 Year of the Tiger is the latest addition to Davidoff’s annual—every year since 2011—limited-edition, Zodiac themed cigar release. This super premium edition is the first to use an Ecuadorian Connecticut wrapper that was, according to Davidoff, “treated naturally to bring to life the fur markings of the Tiger on the finished cigar visually.”  Year of the Tiger is meticulously crafted and luxuriously presented—and that’s even before you dig in to enjoy the blend. You can expect superbly balanced and nuanced flavors that will tantalize and delight even the hardest-to-please aficionado. Davidoff Year of the Tiger is released in extremely limited quantities and is an ideal ready-to-go gift or a cigar worth saving for a monumental occasion.

This isn’t the first cigar to feature pipe tobacco, but it may be the best attempt yet. Steve Saka manages to fuse both cigar and pipe tobacco in a way that highlights the best of both worlds. Stillwell Star Aromatic No. 1 uses a velvety Ecuadoran Habano wrapper with an expertly applied triple cap. This blend is silky smooth and while you’ll primarily pick up familiar cigar flavors, the pipe tobacco elements will be a pleasant surprise to the unfamiliar. There’s a whole lot of flavors including black cherries, chocolate, cedar, dark coffee, fruit, black pepper, cloves, and floral notes. Stillwell Star Aromatic No.1 is a great cigar—and make no mistake this is a cigar first—never venturing beyond mild to medium bodied and it brings flavor accents to the party that were previously only known to pipe smokers. This is a great example of a new and creative blending style and goes perfectly with a cup of coffee.

Caldwell’s Blind Man’s Bluff occupies the rare territory of being an Average Joe boutique blend. And now, finally, after calls from fans for a Nicaraguan edition comes Blind Man’s Bluff Nicaragua. Featuring a spicy Nicaraguan Habano wrapper over a core of Nicaraguan long-fillers, this cigar is exactly what it claims—a good puro cigar. You’ll find the familiar Nicaraguan flavor profile of spice, pepper, cedar, and cream with some hints of raisins, nuts, and citrus to close out the deal. Medium to medium-plus, this is a great blend for Caldwell fans and Nicaraguan puro fans.

Read More
Cigar Makers
Alan Rubin, with his sons, Alec and Bradley, speak about how Alec Bradley Cigars has made their mark. We talk about the leading cigars in the AB stable, how the boys are contributing to their father's business, the new Black Market Estelí and Prensado Lost Art cigars, and much more. Alec Bradley fans: give it a listen.
Read More