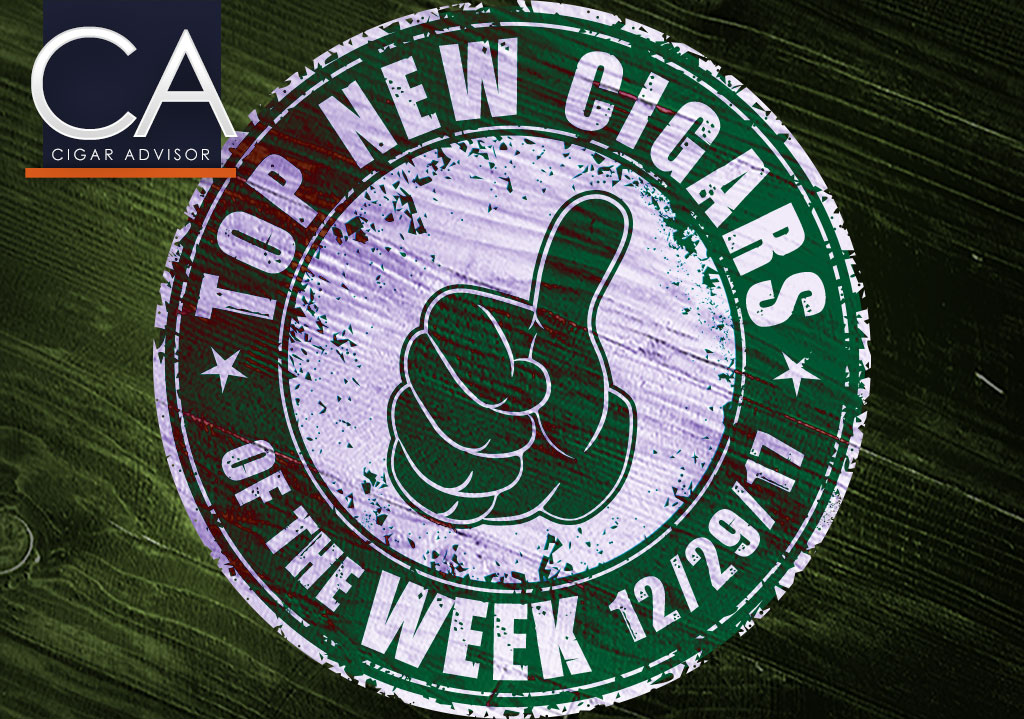 Let old cigars be forgot – it’s a new year and new cigars are here! It’s time to light up while the ball drops with this month’s end-of-2017 edition of the Top New Cigars. And now that our warehouse crew has caught a quick breather over Christmas, it’s time to get back to the grind, bringing your happy new smokes for 2018.

In this month’s second edition we’ve brought you two decadent midnight smokes from Plasencia, a killer morning-after cigar, and a little something special for sharing at those NYE parties. Whether you’re having a quiet night in, a boisterous night out, or freezing your ass off in Times Square – we’ve got the new cigars.

Wanna crush that morning-after headache? Well drag yourself out of that detox shower and pull up a Cruz Real. Made exclusively for Famous by Alec Bradley, these premium smokes come in both US Connecticut and Maduro wrappers for any time of day satisfaction. The blend is a head-turning combination of aged Dominican and Nicaraguan long fillers and binder. A creamy smoke (and alternative pairing suggestion) to kick that Blood Mary up a notch.

Going to the ultimate New Year’s Eve gala? You’ll be the life of the party with Plasencia’s new ultra-premium Alma Fuerte cigar. Named No. 9 cigar of the year by Cigar Aficionado, Alma Fuerte is a hearty medium-bodied cigar that’s worth every penny. It’s crafted with the finest Nicaraguan tobaccos – so calling this cigar rich is an understatement. As a bonus, the box doubles as an ashtray. Take this to the party and light up!

There’s no better way to celebrate than treating yourself and loved ones to a nice evening and some good smokes- so why not splurge? Made by Ventura Cigars at Rocky Patel’s Nicaraguan factory, Hugo Chairman Series cigars are too luxurious to keep to yourself. The blend holds hand-selected Nicaraguan fillers, a sweet Brazilian Mata Fina binder, and an elegant San Andres Maduro wrapper. After years of planning, Rocky himself said the individual tobaccos used are meant to identify with a smoking experience filled with the camaraderie of longtime friends.

More great new cigars are on the way in 2018 – keep an eye out, and we’ll send more recommendations in our next report!