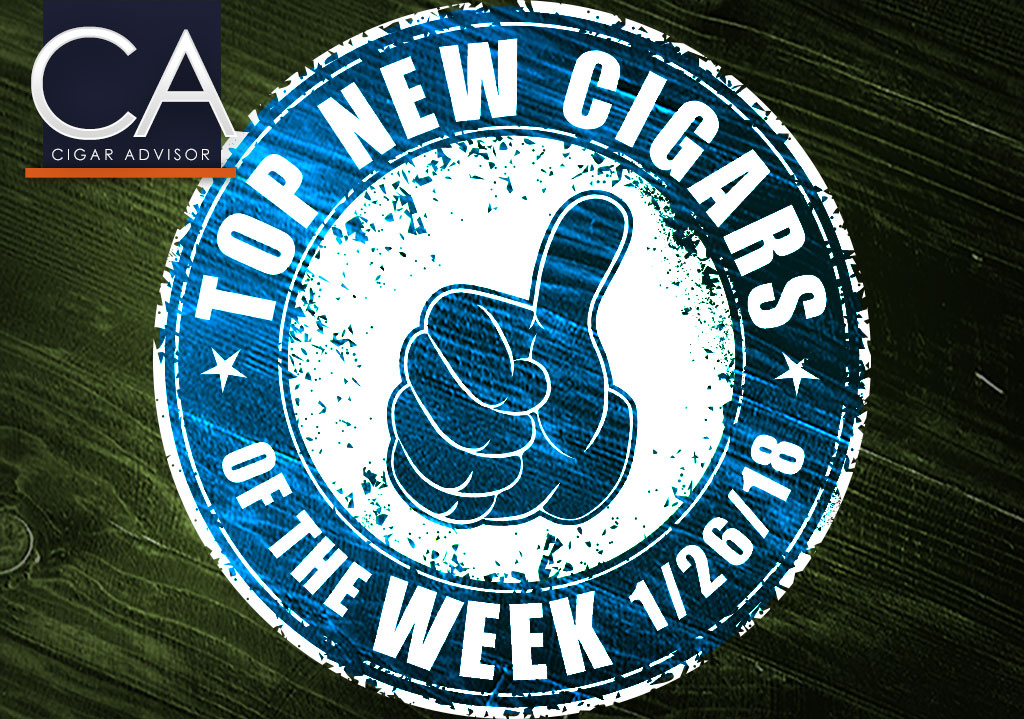 It’s the Super Big Game Day Edition of the Top New Cigars! Yes sir, we’re back and ready to roll- I’ve got a hot plate full of chili, a case of average tasting cheap beer, and every unhealthy snack you could ever dream of. While my beloved Steelers may have been left out of the big dance, I’ll be swallowing my pride and rooting for a team I swore I never would (I’ll leave which team to your imagination).

With the big game being less than 10 days away, we’re ramping up our ground shipping game to drive the newest cigars to you, and these are some first-rate classics. We’ve got a cigar for your pre-game warm-ups, snack time, and a victory smoke for whoever you’re rooting for.

We all have a pre-game ritual, whether that be digging out an unwashed jersey or walking the dog through that glorious February weather. Why not kick off Super Sunday right with a mild-medium bodied smoke like Brick House Connecticut? Complete with a ‘stars & stripes’ band, this cigar is America all the way with a creamy US Connecticut Shade wrapper, layered over an ever-hearty Connecticut Broadleaf and all Nicaraguan filler. Toasty, savory, creamy and sweet – perfect for the calm before the storm.

Alright fellas, it’s snack time. Lay on the nachos, wings, pizza and every other game-time snack and light up a Vega Fina Añejados. This limited edition Robusto took home the #12 spot in Cigar Journal’s Top 25 in 2016 with special 7-year-aged tobaccos. A complex blend makes for a complex smoke and this cigar takes the cake (or pizza pie?) with a filler combo of Dominican Olor and Piloto ligero, Colombian Tairona and Nicaraguan seco, and an Indonesian Java binder capped off with an oily Ecuadorian Habana wrapper that’s topped with a pigtail.

Congratulations! The Eagles have won the Super Bowl for the first time in football history, finally putting an end to the juggernaut Patriots. This celebration needs to be memorable so let’s splurge, shall we? Joya took the already popular line of Antaño and made it even better (something I thought was impossible). This full-bodied steamroller was made with 5-year-aged Habana fillers encapsulated in a Criollo wrapper leaf taken only from the top 5% of the crop. Only the crème-de-la-crème for the birds.

If the Patriots Win: My Father La Opulencia

Well, despite everyone hating you – Tom and his merry men have once again established dominance over the NFL. Last year, Pats owner Robert Kraft treated everyone to Padron; this year let’s have some My Father. Nothing tastes more opulent than six rings so let’s pack on some sweet San Andres wrapper over a luscious Nicaraguan blend. This smoke is brimming with chocolatey, earthy, and woody flavors. Enjoy the cigar and savor the victory.

Not interested in watching this year? Whether watching is too painful or you’re just not a football fan, we’ve got you covered. Marzio is a bold Italian premium that features two sizes and two unique blends- each an artful mixture of Nicaraguan or Dominican and Kentucky Fire Cured tobaccos. While you may have a preconceived notion of Kentucky Fire Cured tobacco, throw it out the window because these Paisanos know how to blend. Marzio is modestly priced yet fully flavored for maximum Sunday relaxation.

That’s it for this month – stay tuned for the Top New Cigars of Love Edition and post your Super Sunday Smokes below!

Reading Time: 3 minutes We’re #nowsmoking Aganorsa Leaf in this Siboney Reserve cigar review: “smooth and creamy with sweet spice and everything nice.” Is this Lonsdale your next smoke? Click to get the details delivered in under 2 minutes…

2018 CA Report: 5 of the Best Cigar Lighters for the Money