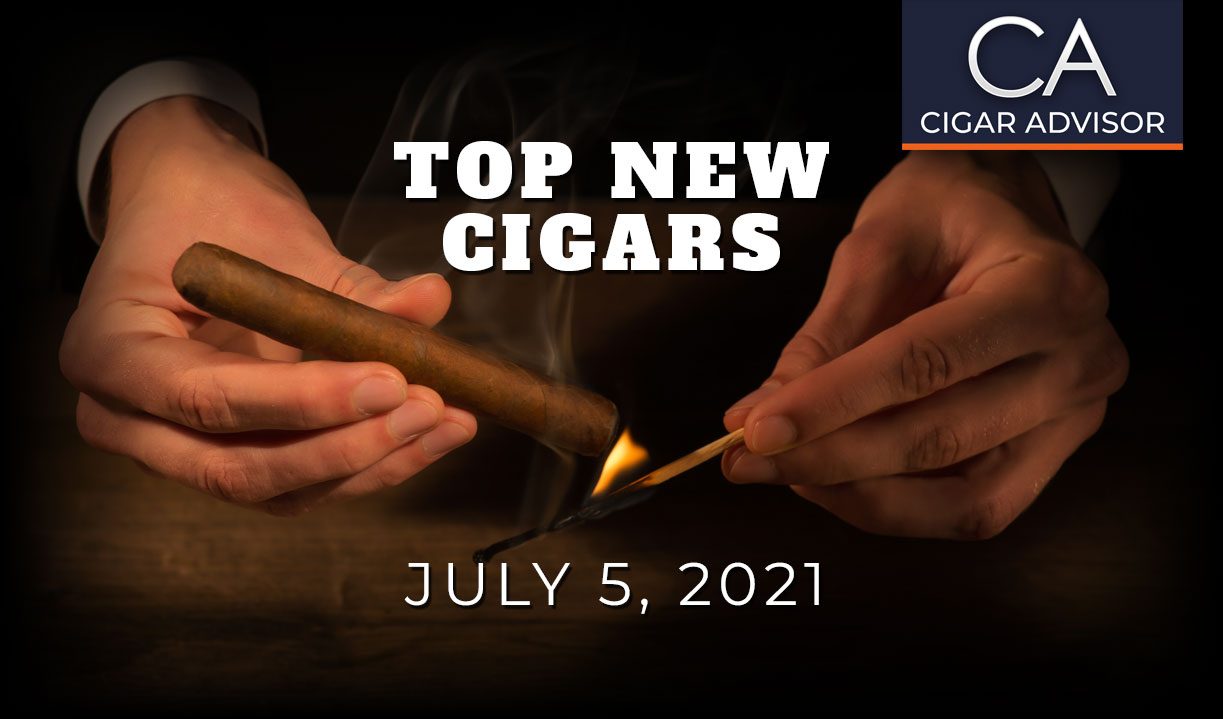 A three-day 4th of July weekend? Now that’s what we’re talking about. Wanna know how you can make this third day even better? With 7 of the best new cigars we found at Famous…sticks so good we’ve been itching to tell you about them. And hey…if you don’t have off today, they’ll at least cheer you up!

If you’re new to the Top New Cigars party – here’s what it’s all about: we pick a handful of fresh sticks that have impressed our taste buds and give you the basics on what you can expect when you smoke them. TNC comes out every two weeks to keep you updated on every must-try cigar!

In this edition, we’re breaking the mold a little to talk about an exclusive Espinosa sampler, welcoming El Rey del Mundo to the Famous family, and highlighting an affordable Davidoff that gives plenty of bang for your buck.

Smoked a new stick we should be talking about? Drop a comment below!

A sampler isn’t the kind of thing we normally talk about in TNC, but the Espinosa Limited Exclusivo Sampler isn’t just a sampler – it’s also an entirely new size (Toro, 6 ½” x 48) for 5 of Espinosa’s most popular cigar blends.  Here’s what’s inside:

No matter if you prefer something smooth and mellow like Crema in the morning, or bold and spicy like 601 Blue after dinner, this collection can serve you a cigar to fit any time of day. The sampler is going fast…Espinosa’s ‘La Zona’ fans are already snatching them up, and when this limited-edition Famous exclusive is gone – you already know what I’m gonna say.

El Rey del Mundo may be new to Famous, but they’re a Honduran cigar staple that’s been around since before the cigar boom. They deliver a classic, full-bodied flavor profile that smokes a little woody, earthy, and nutty with a foundation of baking spice and espresso underneath. If you’re not up for something stronger, their medium-bodied Connecticut or Maduro ‘Café’ series (blended to pair perfectly with coffee) might be more your speed. But where El Rey del Mundo really shines is its price – under $5 a stick*. You won’t be devastated if you drop one during a sunny game of quoits, but we’re betting you’ll find that it tastes far above its paygrade.

*as of publish date

A little over a year ago, we sat down to review a budget stick from Davidoff and were quite impressed by how well it performed. Here they are doing it all over again with Zino Nicaragua. The blend gets its name from both the Semilla leaf that binds the cigar, along with rare long fillers from Ometepe Island in the heart of Lake Nicaragua. We found the cigar to be medium-bodied, leaning toward mellow – some welcomed refreshment when stronger cigars are too much to enjoy in the July sun. And fell in love with Zino Nicaragua’s notes of cedar, coffee, sweet spices, and cream. Plus, the handy fresh packs they have available make them great for summer weekend getaways.

Reading Time: 8 minutes Known for its naturally sweet and spicy character, Mexican San Andrés Maduro has become one of the most popular wrapper choices for blenders. If you’re not familiar with this Mexican tobacco, here are 5 things you need to know about this unique and desirable leaf.