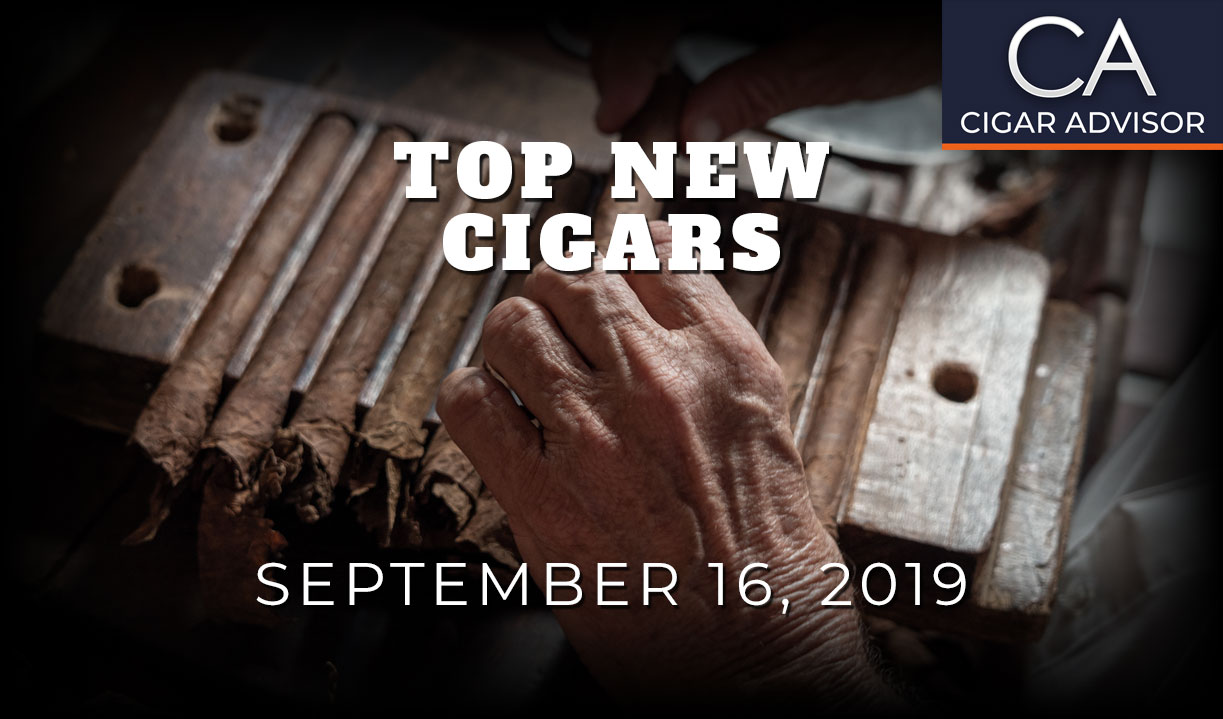 If you have kids, you’ve been busy getting them ready to go back to school. If you don’t, buses filled with them are probably competing with you for the left lane on your morning commute. Either way, you’re stressed and have little time to keep up with the Joneses on every new cigar that has come off the boat. This TNC Report is the antidote for both.

Why sit through hours of press releases, e-mail alerts, and web searches when I’ve already done the work for you? You’re welcome!

In this edition, Steve Saka’s Dunbarton Tobacco & Trust leads off a peppering of flavorful boutiques from Aganorsa and AJ Fernandez, before the guide’s finale unveils cigars from two of the most popular names in the biz: Partagas and CAO.

Get comfortable, pour yourself a drink, and unwindulax. Great cigars are in your future.

For several years, cigarmakers have been experimenting with more robust blends for Connecticut wrapper tobaccos. Dunbarton Tobacco & Trust’s Steve Saka had other plans for Sobremesa Brulee. His goal was not to craft a bold Connecticut cigar, but rather to go back to the Connecticut’s mellower roots. To achieve this, he insisted on an emphasis on quality tobacco and flavor, noting that, in his opinion, today’s more approachable Connecticut blends are often too bitter and grassy. Spoiler alert…Brulee is anything but. Each is masterfully made at Fábrica de Tabacos Joya de Nicaragua, S.A with flawless execution. The smoke is sweet, creamy, and filled with notes of vanilla, cedar, toast, and pepper. In my opinion, it’s an absolute game-changer and I’d be as bold to say that manufacturers of contemporary mellow blends should be taking notes. For the record, Brulee is not a penny-pincher’s cigar, but as so often is the truth – you (usually) get what you pay for.

I vividly remember when we received Aganorsa Signature Selection in our humidor at Famous. The buzz from the first few patrons was excellent, and it quickly spread like fire in the wind. No doubt, Aganorsa is surely hoping to rekindle some of that magic with Signature Maduro. On top is Aganorsa Leaf’s proprietary Shade Grown Corojo; under the hood is their tasty cocktail of binder and filler tobaccos, including the half-leaves of Medio Tiempo – which graced the original. When you release a hit, the follow-up is always an uphill battle, but to my palate, Signature Maduro enjoys the duality of being a fantastic successor, yet still stands on its own. It’s kind of like a sequel to a movie done so well that you don’t really need to see its predecessor to enjoy it. Your reward for lighting this cigar comes from cocoa and dark wood notes, followed by dried fruit and spice. Among my first samples, two were smoked on a breezy rooftop with a vast beachfront view, and I can think of few cigars that could have fared better.

Famous has been around a long time. 80 years to be exact. Over what amounts to a lifetime, when you put it into perspective, it’s a pretty amazing feat. We’re the oldest privately-owned online cigar retailer in the country, and to help us celebrate, AJ Fernandez crafted the Enclave Broadleaf Famous 80th in our honor. It’s the same blend as the original, but the difference here is a box-pressed format that allows it to smoke cooler, and honestly, just feels great in your hand. Coming from AJ, it goes without saying that it sports some healthy kick, but don’t think that it can’t be suave, too. There’s a ton of smoothness that oozes from its smoke, gifting your palate with decadent notes of cocoa, coffee, caramel, and an earthy sweet undercurrent that finishes with pepper and spice. At Famous, we’ve been around the block enough times that we can be comfortably choosy about who rolls our cigars, especially when it’s for a milestone such as this. But be warned, only 300 boxes of 10 were made, and we expect them to be gone before you can say, “I want a box!”

After a fittingly decade-long hiatus, Partagas Limited Reserve Decadas is back. Clad in an attractive glass tube, the cigar is accented by a 10-year-old African Cameroon wrapper aged in rooms lined with Spanish cedar atop its tri-country blend of hand-selected tobaccos. The original blend was a true super premium of epic proportions, and this newest iteration rings true. It’s like the old friend you catch up with years later – continuing right where you left off, as if you had never parted ways. For this limited run, Decadas 2019 was limited to 2500 boxes of 10, and since the next batch will have to age another 10-year period, once they’re gone, it’ll be 2029 before you can get your hands on them again. Not exactly the waiting period a Snickers bar can handle for you. However, act quickly, and you can indulge in these medium-bodied treats chock full of sweet and earthy notes that are accented by dashes of leather, spices, and a sparkling finish.

A garage is hardly a place anyone would think of is inspirational to a master blender, but from his is exactly where CAO Master Blender, Rick Rodriguez, drew his. Who are we to judge? Inspiration often comes from unorthodox sources. Spending many evenings there with his friends enjoying great cigars, he was struck by an idea to create a cigar that would smoke as perfectly in your garage as it would a man cave, or even the warm twilit appeal of summer nights on the patio. And so, CAO Session was born. If looks could kill, insert some cheesy joke here, but seriously, it’s gorgeous with that oily, chocolaty hue and sweet from the pre-light puff to the nub. With a full-bodied character that’s highlighted by notes of rich, dark tobacco, fruit, cocoa, coffee, and a long finish, it’s one of the most herf-able cigars to come along in recent memory. If your go-to smoke is the kind that has you preparing your second before finishing the first, Session flawlessly fits the mold.

CAO’s Flathead series is among the most successful of their entire portfolio, so any new addition is going to have some sizable shoes to fill. What’s unique about V19 is its fermentation, or more accurately, lack thereof. When Rick Rodriguez blended the cigar, he opted for a shorter fermentation period, allowing the tobaccos to have a bit more throttle – a bullet point that is sure to leave Flathead fans salivating. It could have been a dangerous gamble because the process of fermentation removes ammonia and other bitter flavors from the tobacco, but the decision paid off in spades. Light one up, and you’ll be greeted by robust notes of cocoa, earth, and spice. Sure, it’s powerful, but more importantly, it’s smooth and boasts a long, sweet finish. If you are a fan of Maduro, CAO Flathead V19 is worth writing home about and it’ll definitely make the most of your cigar dollar.

What newbies are in your humidor? Drop us a line in the comments below and stay tuned for the next edition of Top New Cigars!

Thanks for the concern, appreciate the brief note on the ever loving Maduro newbees.