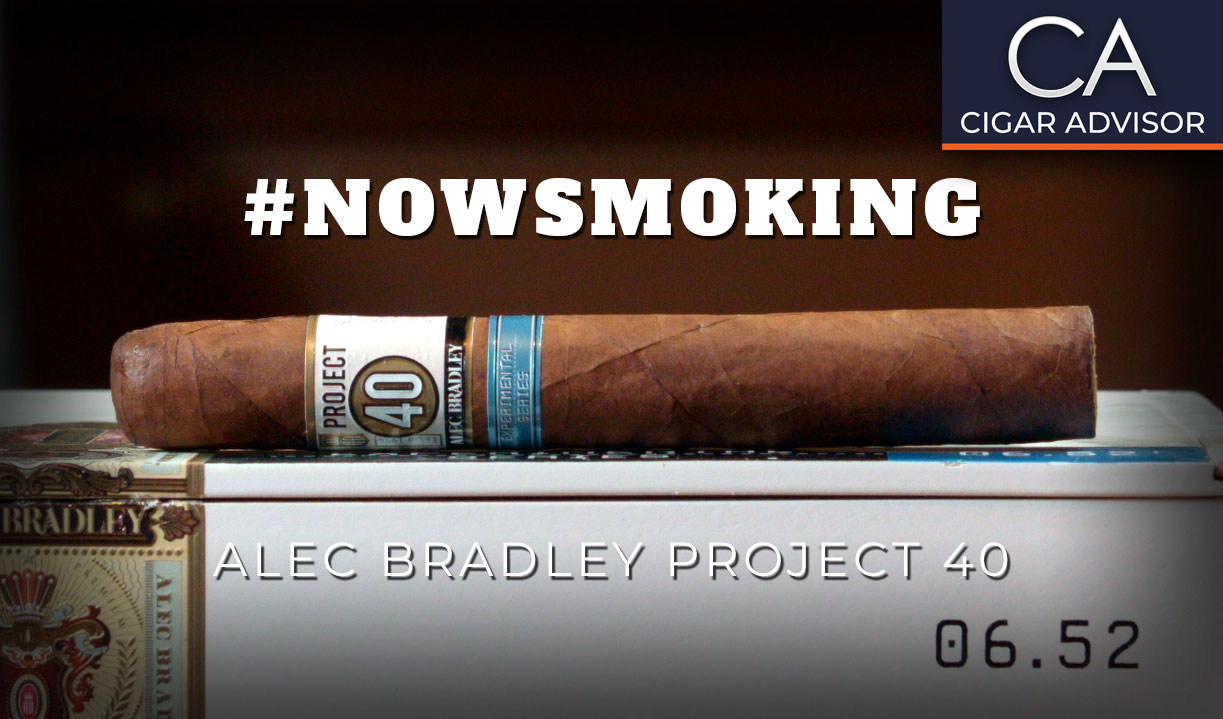 “Project 40 is not just a line, but a concept representative of the search to find a deeper understanding as to why cigars have a positive cognitive impact on the mind and body,” says the press release from Alec Bradley Cigars. This concept of cigar smoking having the ability to create one of the most relaxing and stress-free experiences has long been a tenet of the Alec Bradley brand that can be traced back to the company’s bestselling Tempus cigars.

Take cigars and music for example. Both can have a remarkable calming effect on the listener/smoker that’s equally rewarding. What makes the Project 40 unique is its selection of tobaccos that have been cured, fermented, aged, and blended to achieve a smoke that offers such an experience. The boxes and bands also say “Experimental Series,” but, what is Project 40?

“Project 40 is a generally accepted concept in multiple industries with the end goal being to find how a service or product can have a positive impact on the mind and body.” said Alec Bradley Cigars co-founder, Alan Rubin. “Since cigars bring people together, cause for relaxation and create positive experiences, I asked myself why this concept should not be applied to premium cigars.”

Another aspect of the Project 40 series that will ease the minds and wallets of cigar smokers is the price. Each size lists for under $6.00 per cigar, and is presented in white boxes of 20 cigars with graphics that reflect an Aerospace Department letterhead. Famous Smoke Shop also offers Project 40 cigars in 5-packs and singles.

Expertly. The cigar has a handsome Colorado wrapper with a reddish patina that’s even throughout. The cigar showed no soft spots, plus, the triple seam cap was well-applied and cut perfectly. Once clipped, the cigar offered an effortless draw with pre-light notes of wood, leather, and a hint of sweet tobacco.

The cigar offered a high volume of creamy smoke that flowed easily from the head and foot. Early notes of cedar, sweet tobacco and pepper got the cigar off to a flavorful start that rounded-out to a creamy, aromatic mix with excellent balance on a fairly long and semi-sweet finish. The cigar also burned evenly revealing very long and firm light grey ashes. The body is dead-on medium with a nice mellowness to it up front. Later on, the mellowness transitions to more of a creamy, velvety character. 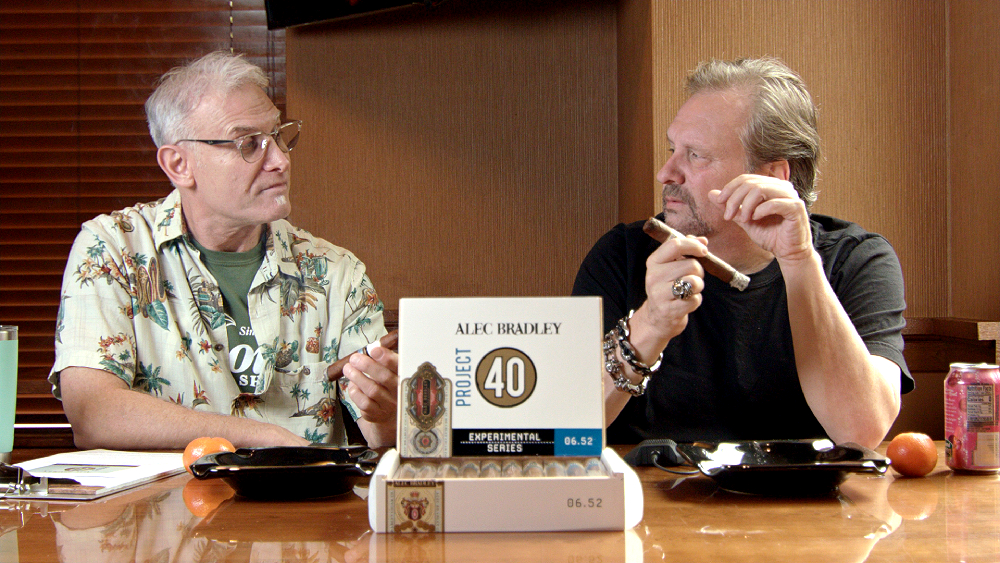 Earth, light pepper, oak, honey, spice, tangy berries. Retrohales offer some spiciness and a hint of sweetness. The sweetness improves in the second act, becoming the anchor note within the mix of oak, light honey and spice.

Not in the usual sense; meaning, it doesn’t offer a lot of dramatic changes, but there are plenty of flavors going on to keep you engaged. 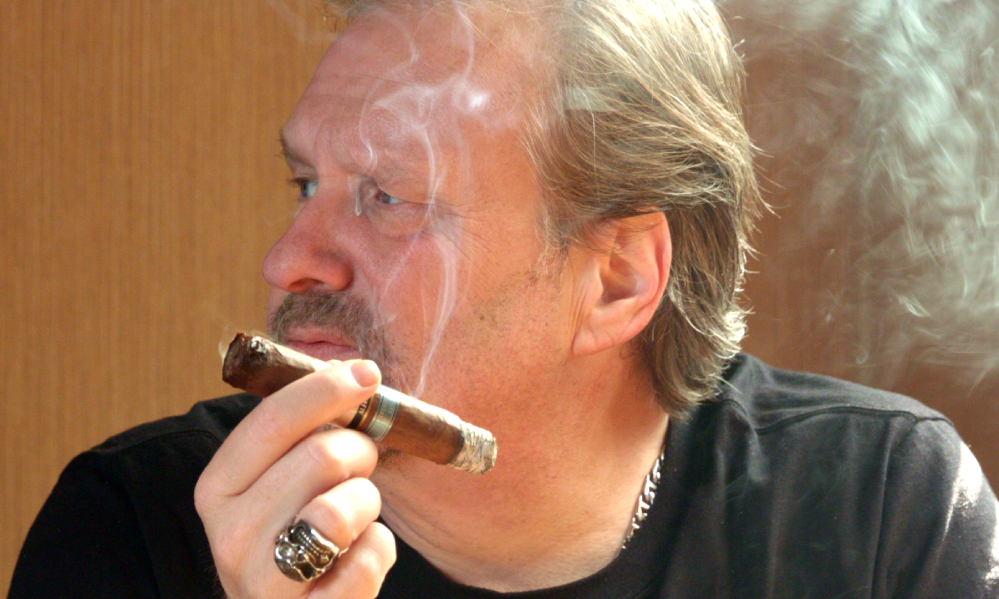 Tommy suggested a red wine or even a Port for this cigar, which I seconded. I think it would also go nicely with something as simple as a vodka and tonic, which would keep the palate a little cleaner between puffs, and bring out more of this cigar’s base notes. Moreover, since this cigar also makes an excellent morning smoke, coffee is a natural.

Tommy described the Project 40 06.52 as an “easy smoke,” in that, the cigar moves along at a nice pace with a good flow of rich, yet non-overpowering flavors. That makes this cigar a good catch for new smokers as well as experienced smokers who want a change from the full-bodied fare and more complex cigars. To put it simply, you don’t have to think much about this cigar; just let it do its thing and it will reward you generously. 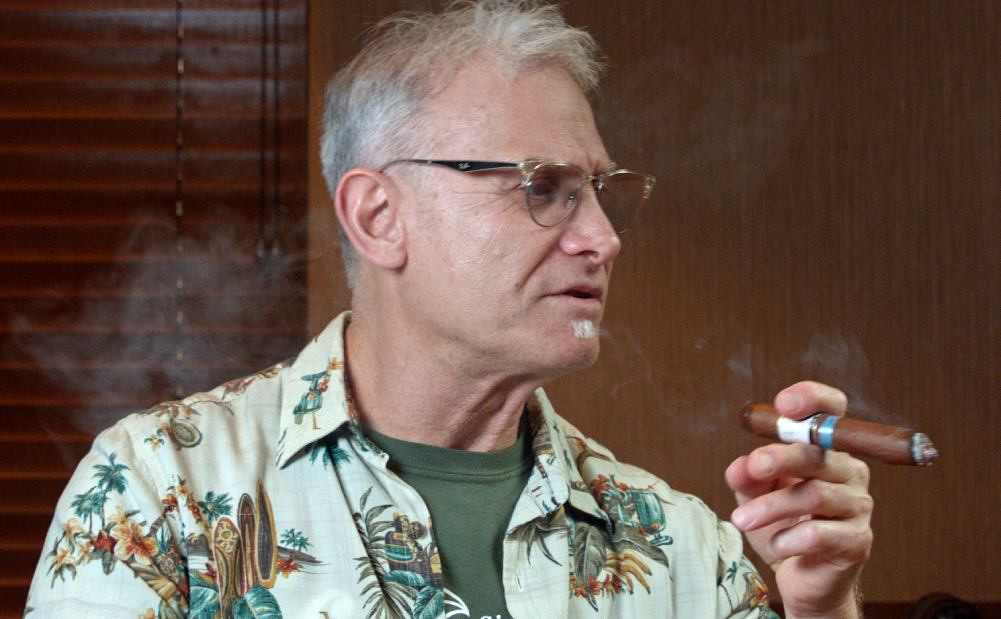 At under $6.00 a cigar, this cigar belies its affordable price point. Tommy noted that it could easily sell for at least $8.00 and I agreed. For the cigar smoker looking for an affordably priced cigar with excellent construction and plenty of flavor, the Project 40 06.52 Toro would be a rewarding addition to most cigar smokers’ collections.